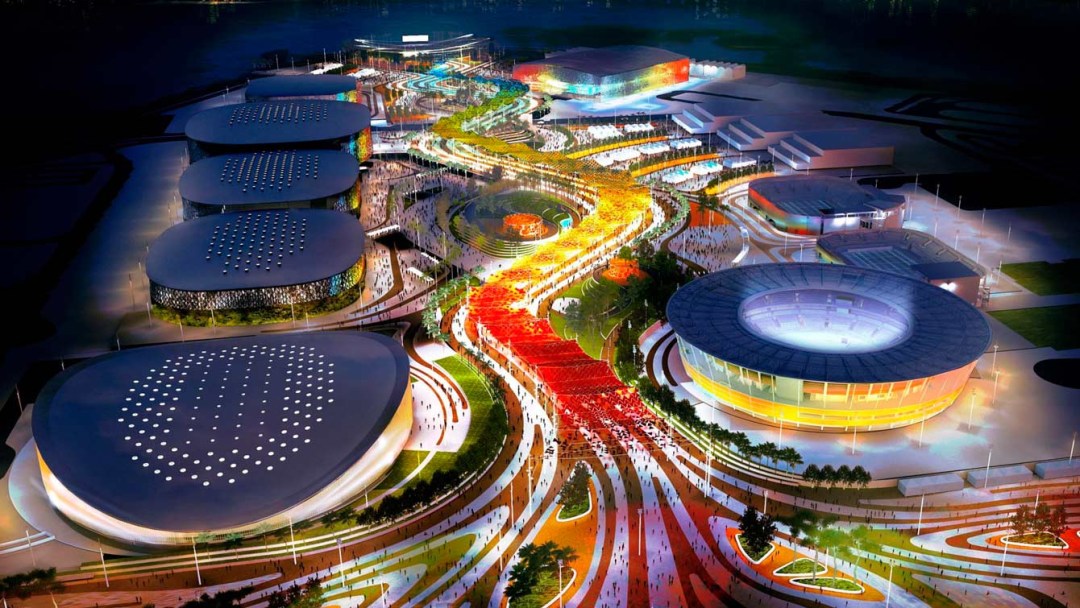 Located in the southwestern part of the city, the Barra Zone will be the major centre of the Games, featuring Barra Olympic Park as well as the Athletes’ Village and the International Broadcast Centre/Main Press Centre.

Built for the 2007 Pan American Games, it will host diving and synchronized swimming with a seating capacity for 6300 spectators. The facility was named in honour of Brazilian swimmer Lenk who became the first South American woman to ever compete at the Olympic Games at Los Angeles 1932. After Rio 2016, it will be integrated into the Olympic Training Centre.

Built for the 2007 Pan American Games, it is certified as Rio’s largest indoor arena with a seating capacity of 13,000 and will host artistic gymnastics, rhythmic gymnastics and trampoline.

The new track cycling venue with seating for 5600 will be an integral part of the Olympic Training Centre, one of the Rio 2016 legacies. 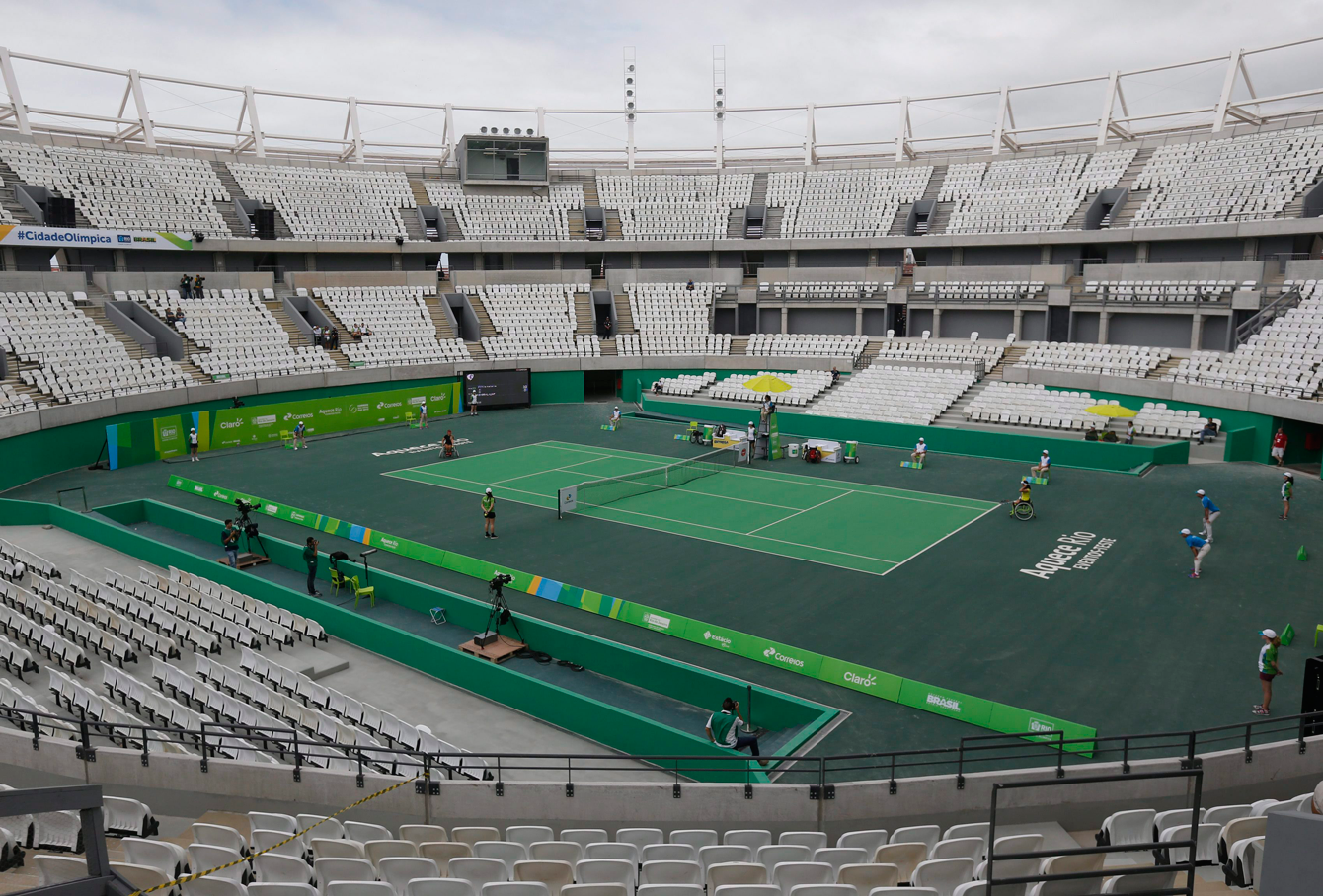 Built to be a legacy of Rio 2016, it will become part of the Olympic Training Centre and provide a top-level venue for major tennis events in the future. Centre Court will seat more than 9000 spectators while Court 1 and Court 2 will accommodate 4300 and 2500 spectators, respectively. The remaining seven courts will all seat 250 spectators.

The home of handball with a capacity for 12,000 spectators is an example of “nomadic architecture”. After the Games, it will be taken down and its parts used in the construction of four public schools. 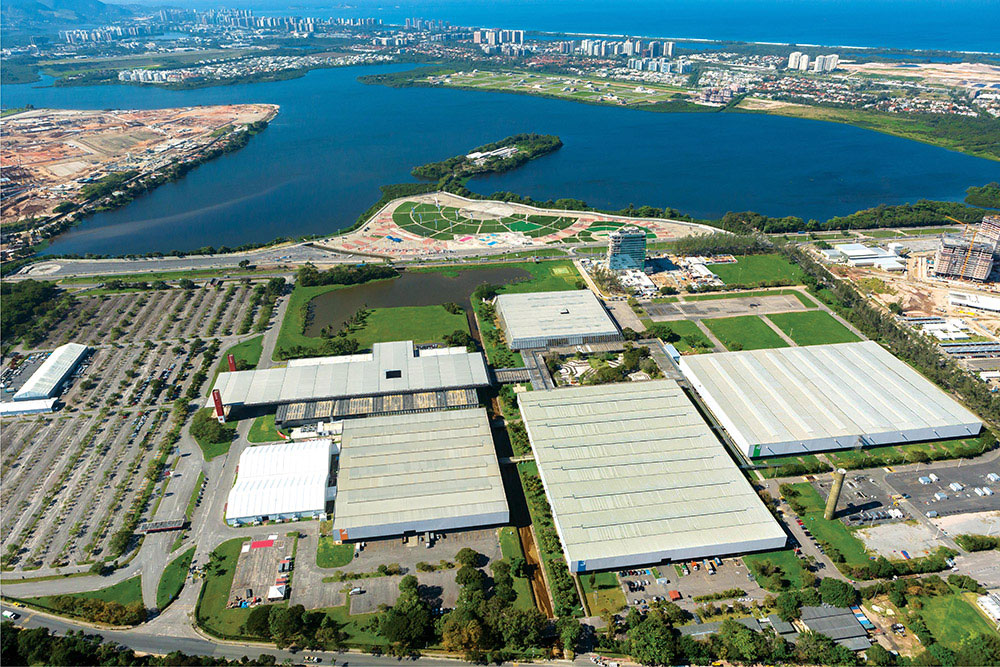 Riocentro from above with the Olympic Park lands before they were fully developed to the left (Photo: riocentro.com.br).

Constructed north of Marapendi Lake in the Barra da Tijuca neighbourhood, it will become a public facility and training centre post-Games to further develop golf in Brazil and South America. It will accommodate 15,000 spectators during the Games.

The beautiful beachside location west of Barra was immortalized in the song Do Leme ao Pontal by renowned Brazilian musician Tim Maia. It will be the start/finish area for the road cycling time trial events with a capacity for 3500 spectators.