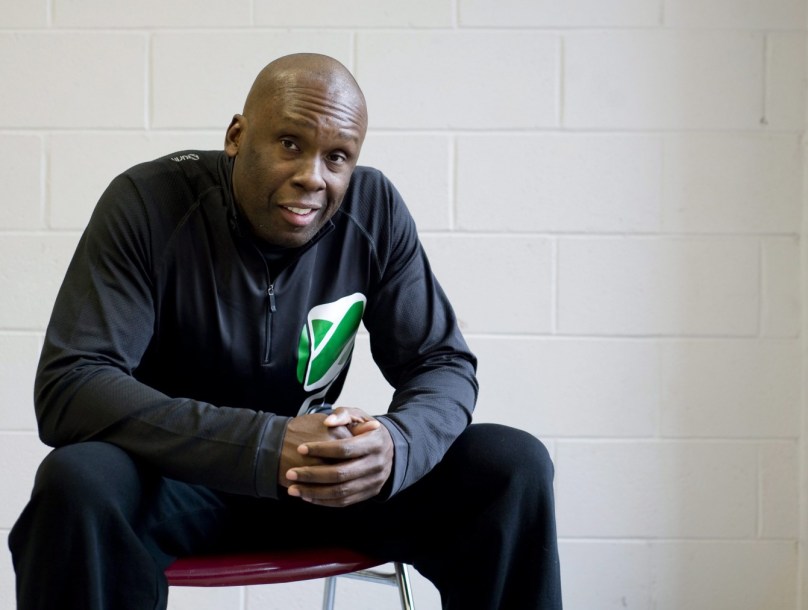 A tremendous athlete, Bruny Surin is a four-time Olympian in the sport of athletics. He is also Olympic champion.

At the Atlanta 1996 Olympic Games, he was an integral piece of one of Canada’s proudest moments in recent Olympic memory. He teamed with Donovan Bailey, Glenroy Gilbert, Robert Esmie and alternate Carlton Chambers to form the world’s fastest 4×100-metre relay team. In dramatic fashion, they won Olympic gold in Atlanta. They were the first Canadian relay team ever to do so, and only the second ever to win an Olympic medal.

Surin was born in Cap-Haitien, a small Haitian city, and moved with his family to Montreal when he was seven years old. He matured into a premier track athlete. Along with 1996, he competed at the 1988, 1992 and 2000 Olympic Games. He made his mark as an Olympic long jumper in 1988 before becoming a 100-metre sprinter. In 1992, he was very close to a medal in the 100 metres, finishing 4th. His 100 metres personal-best time of 9.84 seconds is tied for fifth-fastest ever. It happened at the 1999 World Championships, and remains the fastest silver medal time ever.

Surin enjoyed shining moments in 1993 and 1995, when he won back-to-back gold medals in the 60 metres at the World Indoor Championships. Outdoors, he won five World Championship medals in the relay and the 100 metres – including two world titles in the former, bookending the Atlanta Olympic Games in 1995 and 1997. He has held the Canadian record in the 60 metres and 100 metres.

A busy entrepreneur since retiring from track, Surin is looking to return to form. He has recently been racing at the Masters level, and in December set a new Canadian masters record of 6.15 seconds in the 50 metres in the 40-45 age category. He said his eventual aim is to lower the 60 metres world record time (masters) of 6.78 seconds.