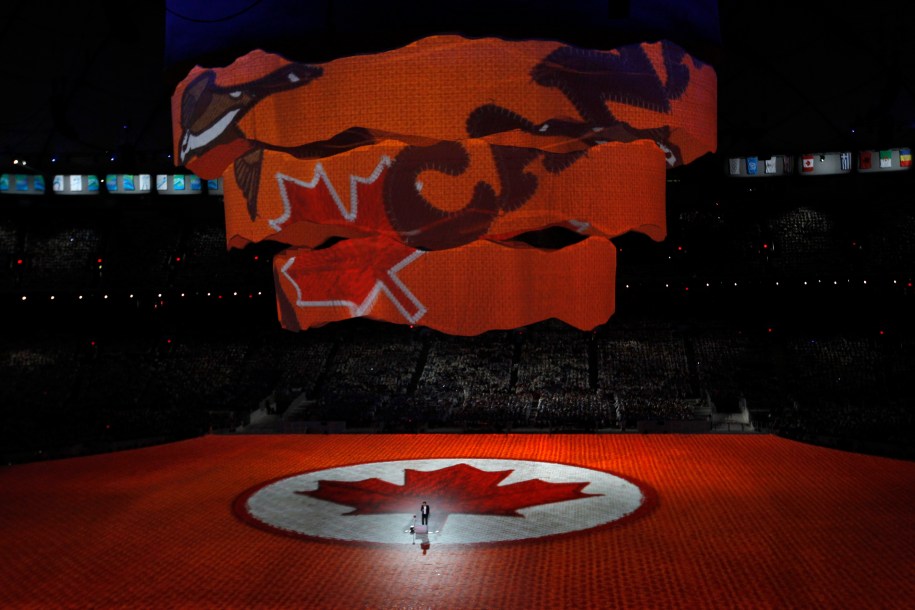 One Amazing Games Strengthened Sport, Athletes and the Nation

One year ago tomorrow, the XXI Olympic Winter Games launched here on Canada’s West Coast. What unfolded over the remainder of February was an event that immeasurably strengthened Canadian athletes and sports, and brought the Olympic Movement to the forefront across the nation. And there it has stayed.

“We have watched as the spirit from Vancouver, the passion for Olympic athletes, has not waned in Canada, but instead solidified,” said Marcel Aubut, president of the Canadian Olympic Committee (COC). “The goal is for Canada to follow and support the country’s hard working athletes in the months and years outside of the Olympic Games. Looking back at Vancouver, we find a nation-altering event that made Canadians stand up and recognize the power of the Olympic Movement and the joy of cheering for Canadian athletes year-round.”

One year ago, Canadians watched their athletes take on the world’s best with confidence and, on home soil, achieve a brand new level of success. The most gold medals ever won at an Olympic Winter Games – 14. The most winter medals ever for Canada – 26. The most top-8 finishes ever for Canada – 72. A rising number of athletes who finished fourth or fifth – 24. From Alex Bilodeau’s historic gold medal at Cypress Mountain to Christine Nesbitt’s gold medal at the Richmond Oval to Joannie Rochette’s unforgettable bronze medal at Pacific Coliseum to Jon Montgomery’s golden runs at Whistler Sliding Centre to Devon Kershaw’s record 5th-place finish in the gruelling 50 km cross-country race, the Canadian Olympic Team made the entire nation proud, producing stirring memories that will help drive future athletes toward the Olympic podium.

The 2010 Olympic Winter Games helped unite 33 million Canadians in a way never before seen. Olympic spirit reached new heights as Canadians – sport fans or not – cheered on one team, which produced sparkling results. According to Charlton Strategic Research Inc, the overarching feeling that 2010 Olympic viewers felt was national pride. It found that the Olympic Winter Games is the sport property Canadians have the most interest in, at 47%. (The NHL, for comparison, is 36%.) The Canadian Olympic Team has the broadest reach across age categories and genders compared to professional sport leagues. Post-Olympic research also found that 94% of respondents believe it’s important to build amateur sport in Canada, and 90% are proud to be Canadians when the team wins medals. Sponsorship Intelligence found in August 2010 that Olympic interest is at an all-time high in Canada, rising significantly since 2006 and 2008.

“Never have we seen one Olympic Games have a greater impact on the success of our athletes and sports,” said COC Chief Executive Officer Jean R. Dupré. “The amazing efforts that went into the athletic performances last year have put this nation on a new path to success. There is a new resolve in Canada to achieve Olympic excellence at every Games. This has everything to do with Vancouver 2010.”

Both summer and winter Canadian athletes, feeding from the 2010 success, have greater resources than ever before to compete with the world’s best. Improved technology, increased coaching and more significant investment – as that delivered by the COC’s technical program, Own the Podium – have helped push Canadian athletes over the top in their respective sports. There is considerable evidence to this effect, perhaps none as stark as Alex Gough’s three luge medals this year, two more than any Canadian has ever won over a World Cup career, in a sport historically dominated by Germany. Canada is now a force among a wide variety of sports.

Overall, the Vancouver Games contributed to a sense of “one team” among all high performance athletes in Canada. Summer athletes have already begun to feed off the momentum from Vancouver as they push toward London 2012 success.

A Newfound Sense of Confidence

“The legacy of the Vancouver Games lays in the newfound confidence and belief shared by all athletes, coaches and National Sport Federations,” said Caroline Assalian, the COC’s executive managing director of Sport and NSF Relations. “The Games were a triumph of human spirit. We were bold enough to think we could compete with anyone and win – and that feeling has now transcended all of Canadian sport.”

Intense preparations went into the Canadian Olympic Team for Vancouver, joined by a sense among athletes that they could win a medal at any time. Canada’s record-setting performance stemmed from something intangible – that at any given time it isn’t necessarily the best athlete who wins, but the ones that believe they can.

Such confidence has been transferred from the 2010 athletes not only to those in winter sport but those in summer sport as well. Vancouver 2010 helped forge a unique Canadian Olympic Team identity, and the confidence and boldness displayed one year ago is shared among all athletes aiming to compete on the world’s biggest stage in the future.

“It is now about winning as a country,” Assalian said.

That one-team mentality will be centre stage first in London next year, where Canada’s top summer athletes will look to use the momentum and record an even higher finish than in Beijing in 2008. After London, the Olympic spirit in Canada will be in full force, propelling the winter athletes toward Sochi in 2014 where the team will aim to convert those fourth- and fifth-place finishes in Vancouver into medal-winning performances.

This athlete has no headshot or featured images.