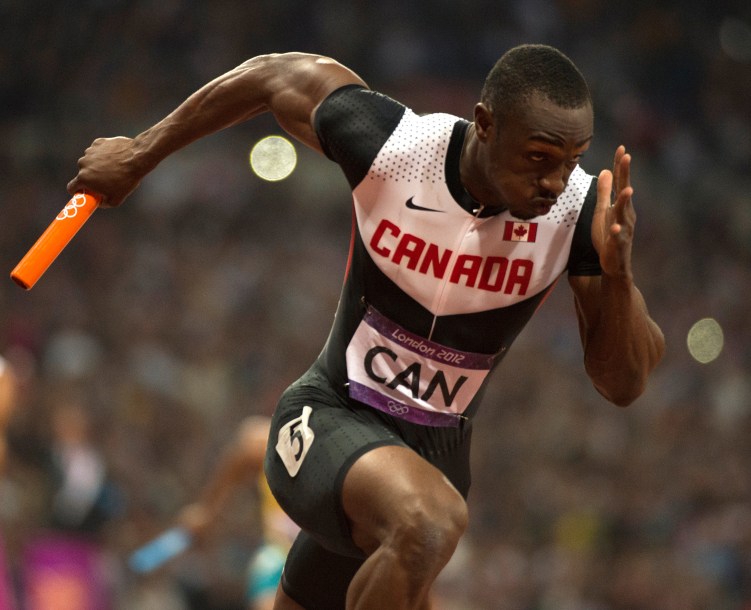 In what was the fastest 4x100m race ever run, Canada proved its legitimacy among the best in the world.

On Saturday night, the four-man crew comprised of Gavin Smellie (Etobicoke, ON), Oluseyi Smith (Ottawa, ON), Justyn Warner (Markham, ON) and Jared Connaughton (New Haven, PEI), crossed the finish line in a bronze-medal position behind world-record breaking Jamaica (36.84) and national-record breaking US (37.04).

However the team is without an official time after being disqualified for a violation during the third leg of the race. Connaughton stepped outside his lane.

“I’m sorry,” he said following the race. “This is my fault, but we live and die as a team.”

The Canadians celebrated momentarily after unofficial results were posted in a roaring Olympic Stadium, showing Canada had earned a spot on the podium. They were later informed of the official results before leaving the track.

Trinidad and Tobago stopped the clock in 38.12 and moved up in position for the bronze medal.

Canadian race-walk record holder Rachel Seaman of Kapuskasing, ON, walked 20km around London this afternoon. She finished 52nd in her event with a time of 1:37:36.