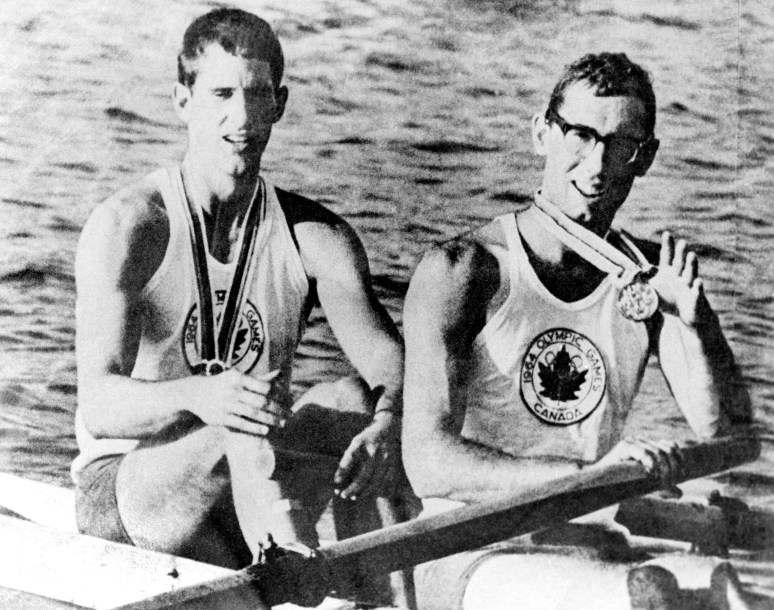 Canadians are never short on pride. And on this Canada Day weekend we’re proud to share the final part of our three-part series on the biggest Olympic moments ‘beyond the podium’ – here’s our top-10, Canada style.

1 – Adoring the adopted homeland
Daniel Igali (Wrestling) – Sydney 2000
Igali provided the perfect capper for Canada in Sydney when he won Canada’s first and so far only Olympic gold medal in men’s wrestling. Born and raised in Nigeria, Igali had stayed in Canada after competing at the 1994 Commonwealth Games in Victoria. After his final victory, Igali honoured his new country by laying the Canadian flag in the centre of the ring, dancing around it and kissing it.

2 – Persevering through pain
Silken Laumann (Rowing) – Barcelona 1992
Entering the Games as the reigning world champion in the women’s single sculls, Laumann should have been the gold medal favourite. Instead she inspired the nation just by being there. In May she had been rammed by another shell during training, suffering a broken right leg and nerve damage. Just 78 days and five surgeries later, she rowed her way to an Olympic bronze medal.

3 – Strength from grief
Joannie Rochette (Figure Skating) – Vancouver 2010
It would be hard to find another athlete shown as much love as Rochette when she stepped on the ice for her short program at the 2010 Games. Just two days earlier, her mother had died suddenly after arriving in Vancouver. With the support of her father, her coach, fellow skaters and the Canadian fans, Rochette performed a near-perfect program en route to an Olympic bronze medal that had been the shared dream of mother and daughter.

4 – Family first
Alex Bilodeau (Freestyle Skiing) – Vancouver 2010
After Canada failed to win a gold medal when it hosted Montreal 1976 and Calgary 1988, the country was eager to see who would end that drought in Vancouver. On the second day of competition, Bilodeau provided the breakthrough. But it wasn’t just about the gold medal, as the public embraced his relationship with brother Frédéric, who reacted to the victory with pure exuberance.

5 – Simply the best
Men’s 4x100m Relay (Athletics) – Atlanta 1996
In the history of the men’s 4x100m relay, the United States had never been beaten in an Olympic final – until a quartet of Canadians on a Saturday night in Atlanta. Led off by Robert Esmie, who had shaved “Blast Off” into his hair, and anchored by Donovan Bailey, who exactly one week earlier had won 100m gold, the reigning world champions also became Olympic champions.

6 – Poise under pressure
Sylvie Fréchette (Synchronized Swimming) – Barcelona 1992
Not once, but twice did Fréchette show incredible strength in very difficult circumstances. First was the choice to compete just days after her fiancé’s suicide. Then she was thrown into controversy when a judge entered a score erroneously that meant the reigning world champion could do no better than silver. More than a year later, Frechette was awarded a gold medal in a special ceremony at the Montreal Forum.

7 – As good as gold
Greg Joy (Athletics) – Montreal 1976
In the absence of a home-grown gold medallist in Montreal, Joy’s high jump silver provided the highlight of the Games for Canadians. One of just three medals Canada won outside of the swimming pool, the image of Joy jumping in the rain has endured thanks to its part in CBC’s daily sign-on/sign-off montage to O Canada.

8 – Captain Canada
Ian Millar (Equestrian) – Beijing 2008/London 2012
Millar has his own place in the Olympic record books after competing at his 10th Games at London 2012. Since debuting at Munich 1972, Millar has competed at every Games since, aside from Moscow 1980 when he was named to a team that did not compete due to the boycott. Millar won his first Olympic medal, team jumping silver, at age 61 in Beijing, 36 years after his first Games appearance. Less than four months before the new Canadian flag with its red maple leaf became official, Hungerford and Jackson provided one of the country’s biggest Olympic surprises. Originally alternates, they began training as a pair just weeks before the Games. Given no chance of winning, most Canadian officials and journalists skipped the event, only to find out that the duo had won Canada’s only gold in Tokyo by three-quarters of a boat length. Canadian fans deserve recognition for their appreciation of an act of sportsmanship at Turin 2006. After Sara Renner snapped a pole during her opening leg of the team sprint, Norwegian cross-country coach Bjørnar Håkensmoen handed her a new one, allowing her to eventually win silver with Beckie Scott. Canadians responded with hundreds of letters and telephone calls to the Norwegian embassy, as well as a shipment of maple syrup to be distributed to the Norwegian Olympic Committee.

Honourary mention – It takes two
Gerry Ouellette and Gilmour Boa (Shooting) – Melbourne 1956
It took teamwork for these two Canadian shooters to each reach the podium in an individual event. After Ouellette had performed poorly with his own rifle earlier in the Games, the men decided that they would both use Boa’s rifle for the prone event. This meant that both would have to shoot within the time limit. After Boa matched his world record score, he handed over his rifle to Ouellette who scored a perfect 600 for the gold medal. 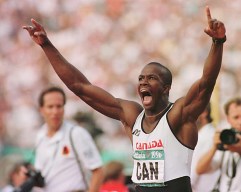