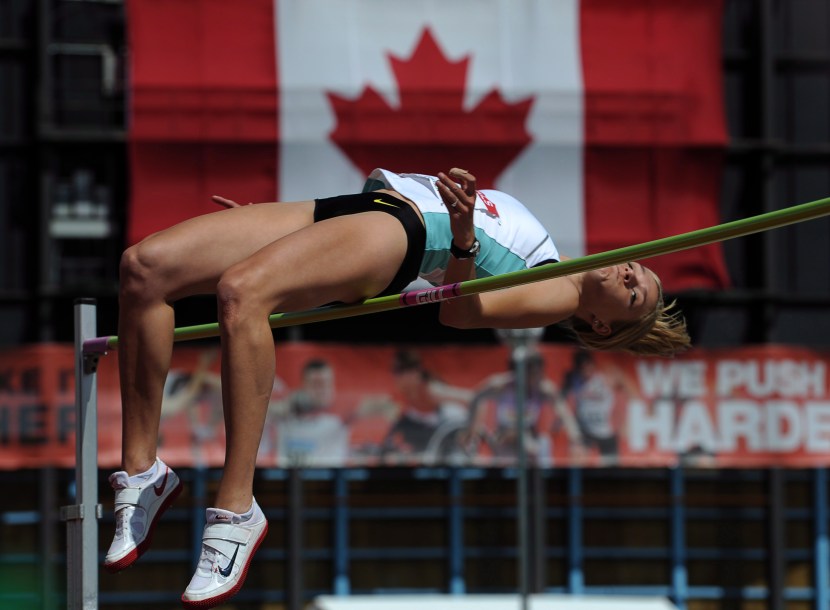 Canada’s King and Queen of the Combined Events

Just four days into the 14th IAAF World Championships in Moscow and already Canada has won two medals, doubling the number the country won at each of the last two world championships.

Damian Warner and Brianne Theisen-Eaton won the hardware in the two most demanding events – the decathlon and the heptathlon.

Congrats to Canada's fittest Track n Fielders @DamianWarner and @briannetheisen on some sweet IAAF hardware in the Deca- and Heptathlon!

On Sunday, Warner (London, ON) won bronze for Canada’s first world championship medal in the decathlon since Mike Smith’s bronze in 1995. Warner had been in fourth place after the first day of competition (100m, long jump, shot put, high jump, 400m). By the end of day two (110m hurdles, discus, pole vault, javelin, 1500m) he had made his way onto the podium, posting a personal best score of 8512. Warner had been fifth at London 2012 after placing 18th in his world championship debut in 2011. Now how am I supposed 2 fall asleep?! I'm all pumped up from watching both @AshtonJEaton & @DamianWarner win medals in the dec! #Moscow2013

On Tuesday, Theisen-Eaton (Humboldt, SK) added a silver medal in the heptathlon to become just the third Canadian woman to ever win an IAAF World Championship medal, following hurdlers Perdita Felicien and Priscilla Lopes-Schliep. Theisen-Eaton had also been in fourth place after the first day of competition (100m hurdles, high jump, shot put, 200m), but was just 27 points out of second place. Personal bests in two of the three events (long jump, javelin, 800m) on day two gave her a personal best score of 6530. It is the second medal of the week for the Eaton household. In July, she married American decathlete Ashton Eaton, who added world championship gold to the Olympic gold he won in London.

It is the first time since 1999 that one country has had a medallist in each of the decathlon and heptathlon at the IAAF World Championships.

Great work by @briannetheisen for a PB and silver at Worlds in the heptathlon! Another awesome Canadian performance!