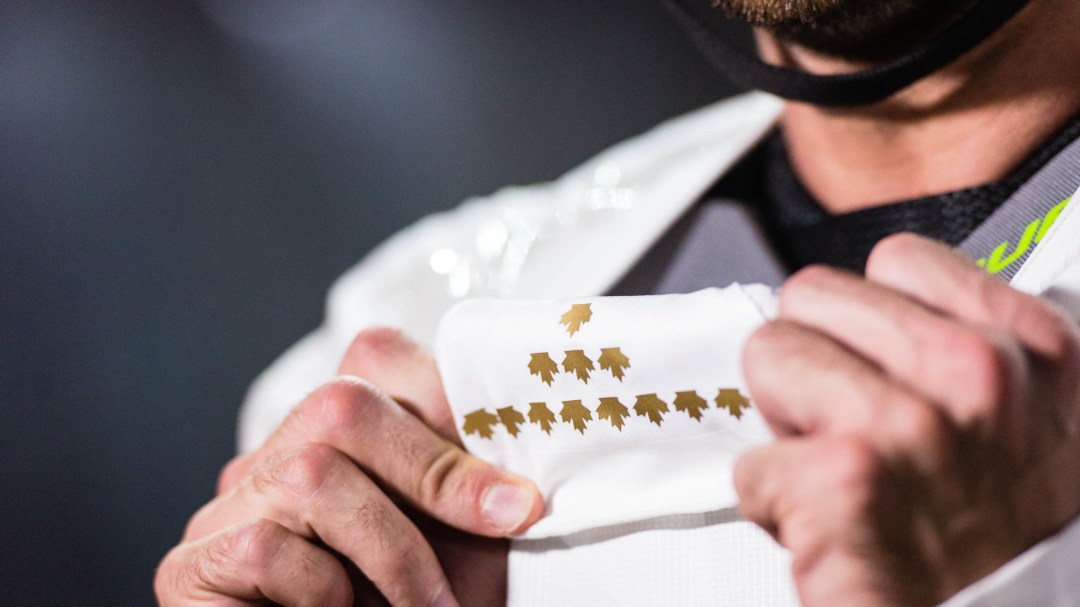 4 Olympic hockey champs tell you why the jersey matters

Something happens when red and white are stitched together, especially on a hockey jersey. Perhaps it’s the passion of the colour rouge enchanted by the hope and promise of pure white. Or maybe this is Canada and those are our colours so they could be school-bus yellow and painter’s-tape green … and we’d still wear em’ proudly.

If you don’t know what’s it’s like to pull on a red and white hockey sweater to represent your nation, here’s what four Olympic hockey champions had to say:

“It could be a bed sheet sewn together, it doesn’t matter. There’s so much more to it than what the jersey looks like. I think at the end as long as gold matches with your jersey it doesn’t really matter.”  – Theoren Fleury, Olympic Champion 2002 “When you have the logo on your jersey you know it represents all four coasts or borders of this great country. You owe it to everyone that helped you along the way, and to every person that watches, to play your best and be the best. It’s a powerful feeling to wear the maple leaf and there is no better feeling than representing your country with great teammates.” – Cassie Campbell-Pascall, two-time Olympic champion, (2002, 2006) “You definitely feel when you put the jersey on you represent a lot of people back home, not just your family or yourself. When you represent your country and when you win you get all that support when you come back home, everybody is talking about it.” – Simon Gagné, Olympic champion 2002 “The first jersey I ever got to wear “for real” in hockey was actually a practice jersey. I was on a conditional tryout with Team Canada for the 1998 Olympics in Nagano, Japan. When I arrived at the rink I had my own room. I entered the change room and hanging all by itself was a grey practice jersey with the Hockey Canada logo on it. It was glorious. It was then that I realized that I needed to perform as well as I could and do the jersey proud. I tried not to look down at my chest too much during practice or I’d swell up with pride and couldn’t focus on the puck.” – Sami Jo Small, two-time Olympic champion, (2002, 2006)