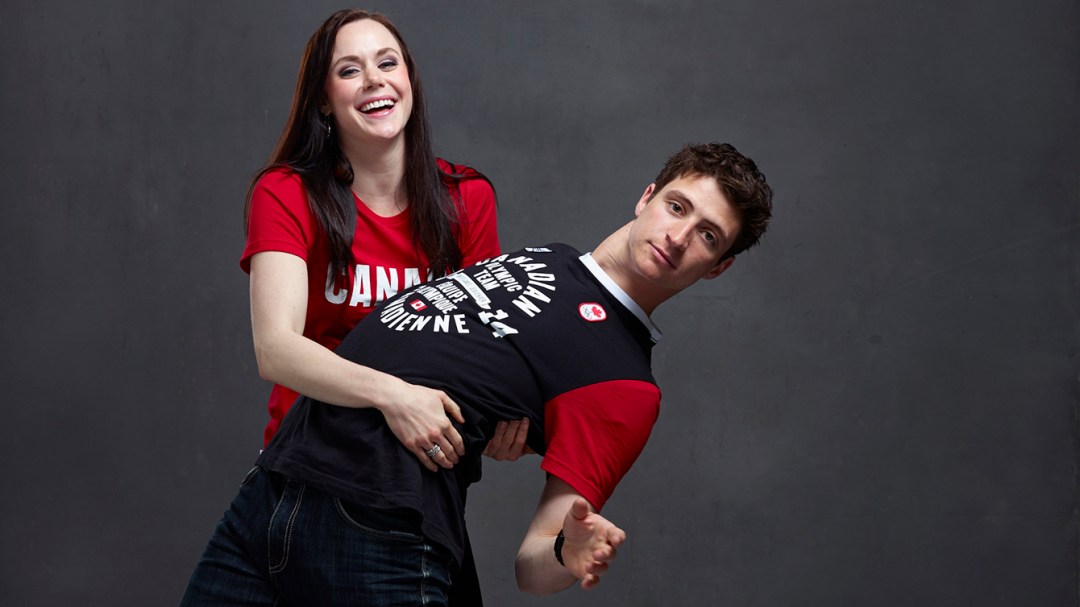 Virtue & Moir: ‘They can just do things others can’t’

Ice dance has had its share of iconic moments. Perhaps none more than the Bolero free dance of Brits Jayne Torvill and Christopher Dean that earned record perfect scores at the 1984 Olympic Winter Games in Sarajevo.

But for many Canadians, that moment has been replaced by the home-crowd performance delivered by Tessa Virtue and Scott Moir at the Vancouver 2010 Winter Games.

The golden duo, however, is not content. In fact, they are changing the game of ice dance altogether. It all started when she was seven and he was nine.

Nearly two decades later their ultimate goal is a second straight Olympic gold medal. To do that, the perfect partnership has crafted what they hope is the perfect program. A fitting selection for Sochi, their free dance is from Russian composers Alexander Glazunov and Alexander Scriabins. It’s title: The Seasons.

“We talked about showcasing the various seasons through our relationship. Every relationship goes through seasons and different changes and ups and downs,” says Virtue. “We’re sort of re-living our story of the last 17 years through this program.”

“What we also love about this program is that the last part is actually our moment in Sochi,” adds Moir. “The last 30 seconds is us living the moment in Sochi so it’s a cool program to train every day because it’s a constant reminder of what we’re going for and of our goal.”

The Seasons was not an obvious choice, and yet everyone knew this couple would do something different.

Just as spring is the season of freshness and rejuvenation, when Virtue and Moir arrived on the senior international scene, ice dance was ready for a rebirth.

Throughout the 1980s and 1990s, theatricality ruled. The classical, balletic and operatic styles showcased by the Europeans were considered better than the athletic and jazzy styles of the North Americans, such as Canada’s Tracy Wilson and Rob McCall who won Olympic bronze at Calgary 1988 or Shae-Lynn Bourne and Victor Kraatz who twice finished fourth at the Olympic Games.

But when the ISU Judging System (IJS) replaced the 6.0 system in the aftermath of the Salt Lake City judging scandal, there was a new way to measure ice dance and the elements performed. While Wilson, now a noted commentator and coach, said she believes Virtue and Moir would have succeeded in any scoring system, the IJS took the “funny business” out of judging and they finished a remarkable sixth in their world championship debut in 2007.

The quick assent was not surprising. Even in their early years, when they were so small they could disappear below the boards, Virtue and Moir exhibited exemplary qualities.

“You just look at the ease of movement, the naturalness,” says Wilson.  “There’s a rhythmic rise and fall in the knees that allows a skater to create momentum on the ice, so it looks like they’re floating. And there’s no scratching of the blades because their balance is right on. The way they moved together you could just see they had an uncanny ability to match and create body line and unison. They were never two skaters trying to come together. They were always a partnership.”

The world really took notice in 2008 when they captured silver in just their second world championship appearance, even winning the free dance portion of the competition.

“It’s flawless but the difficulty in some of the moves and transitions into the dance holds, gosh. I couldn’t talk in it because it was just taking my breath away.” – Nicky Slater, Eurosport, 2008 World Championships

Summer may be the season of warmth, but for all Canadian athletes, including Virtue and Moir, it was those 17 days in February of 2010 when the home crowd in Vancouver heated up a new, nationwide temperature for sport in this country.

Their victory ushered in a new era in ice dance. At 20 and 22 they were the youngest ice dance team to ever win Olympic gold. They were the first non-Europeans to win Olympic ice dance gold, a preamble to the North American dominance of the discipline in the three years since.

“I remember watching them as little kids dancing together and seeing them directly change the face of ice dance. They changed the sport and made it younger. They brought it to a whole new athletic degree. They were just perfect. They were unbelievable.” – Canadian pair skater Dylan Moscovitch

“Where Tessa and Scott for me have left their mark is they physically are so capable, technically talented. And then artistically they’re the equal,” says Wilson. “So I can look at them and go ‘Wow I can’t believe they can physically do that’ and then I can sit back and go ‘My gosh they just took my breath away emotionally’.”

Just as autumn is the season of change, so too have the years between Olympic Games been a time of change for Virtue and Moir.

“A lot of people asked us after the last Games ‘Why do you keep going? You can only win again,’” says Moir. “First of all, yeah we can win again. So that’s why we’re keeping going but we also wanted to push the sport and push ourselves. We think it’s our duty as athletes and a little bit as artists too. We need to come up with something fresh. We’re not settling for anything that’s normal. That’s just not our style.”

“We’ve always been drawn to the challenge of coming up with new moves and the innovation side of our sport,” adds Virtue. ”I think that’s one thing ice dance has the ability to do: create a feeling and set a mood. I just don’t want anyone to watch our programs and think oh been there done that or I’ve seen that.”

Innovation, indeed. In 2009 they went outside the box with music by Pink Floyd. In 2011 it was back to the ballroom with a Latin free dance. In 2012 they brought Broadway to the ice with the movie musical Funny Face.

In 2013 they took the well-known music of the opera Carmen, but turned it on its head with a modern dance twist on the drama and passion. “I thought it was one of the most exciting things I’d seen in the sport,” says Wilson.

“I think that’s one of the ways you move the sport forward is by moving out of your comfort zone,” says Wilson. “So for them that might be the soft romantic ballet that we saw in Vancouver. You take a risk. So that’s how they’ve pushed the sport by not settling back into their comfort zone and just going for the win: let’s do what works for us, let’s play it safe, let’s not make a mistake. They’ve taken a different approach to it.”

This winter will bring more than just a year’s worth of preparation to a climax. For Virtue and Moir it will be an entire career’s worth when they compete in Sochi. With that will come questions of their legacy.

“With Virtue and Moir, you look back over their career and you get images of very different styles and shapes and textures. That’s what moves the sport forward and that’s what will 10 years from now, 20 years from now, they’ll come to everybody’s mind first and foremost as changers of the sport,” says Wilson.

“The love is in the details with these two.” – Tracy Wilson, CBC, 2013 World Championships

They have also brought ice dance to a new level in Canada, motivating those ranked below them while displaying incredible work ethic and dedication to be emulated.

They define inspiration for a new generation of skaters.

“Will we have the likes of a Tessa and Scott again? We never know,” says Skate Canada High Performance Director Mike Slipchuk. “The fact that we were fortunate to have them come through the program at this time and the success they had has really made a lasting impression on the development of ice dance in Canada.”

The respect extends beyond our borders.

Wilson notes that “Coaches that I used to know back in the day in the 80s, who led the sport of ice dance, are absolutely enamored by Tessa and Scott. And to me that speaks volumes.”

Among them is Russian coach and two-time Olympic medallist Alexander Zhulin, who has on several occasions talked about the magic and the refinement they display on the ice, including that their skating “shows the relationship between a man and a woman.”

Their short dance for this season has been praised by Finnish ice dancer and two-time world medallist Petri Kokko, who with partner Susanna Rahkamo created the Finnstep, the required pattern that all couples must perform.

“We’ve been very fortunate in Canada, we’ve had a lot of successful dance teams, but I think the impact with Tessa and Scott will be one of the top,” says Slipchuk. “Their skating skills and ability to interpret and technical boundaries that they push, make them very special and I think that is what will always be an impression on everybody.”

The Olympic season kicks into full gear for Virtue and Moir this weekend when they compete in their first Grand Prix event of the year at Skate Canada International in Saint John, New Brunswick. 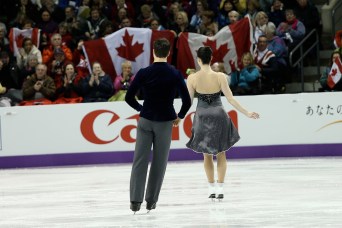 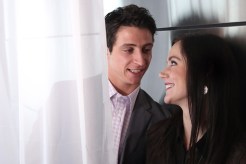 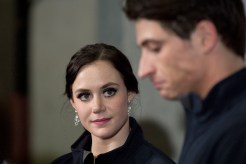