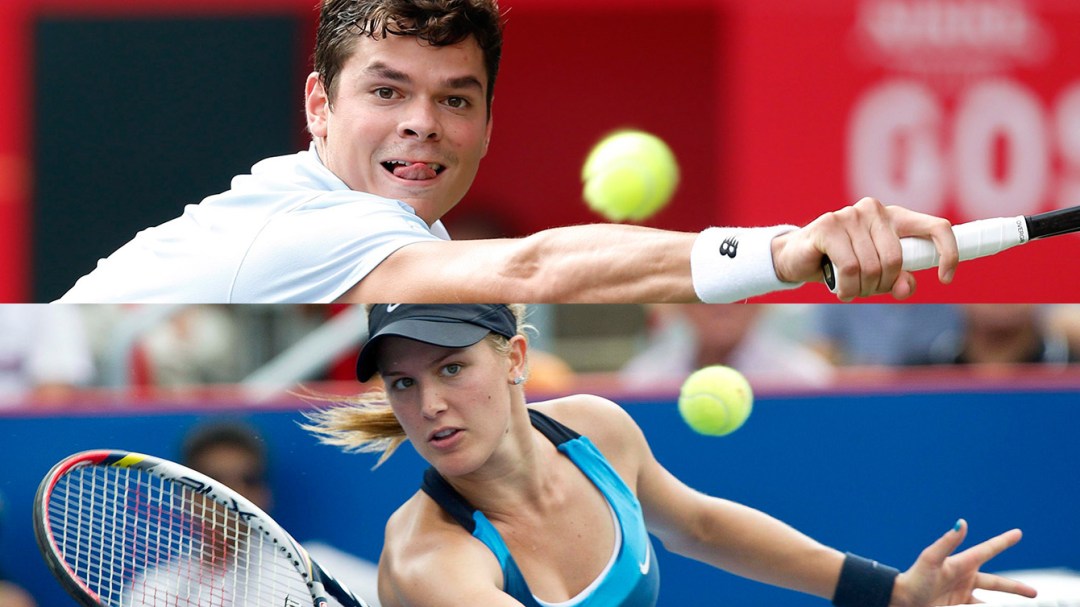 If you’re a tennis fan in this country, you had a good year. And that’s mostly because Canada’s best tennis players went from budding challengers to often contenders in 2013.

Raonic used his punishing serve to move as high as 10th in men’s world singles rankings, the first Canadian to do so. He now sits 11th.

There was a trip to the Rogers Cup final over the summer, and of course a stirring team effort to reach the Davis Cup semis. For a career season, Raonic wins the Lionel Conacher Award, voted upon by members of the Canadian sports media. According to Canadian Press, the 23-year-old received 45 per cent of the vote with Calgary Stampeders running back Jon Cornish at 22 per cent, golfer Graham DeLaet collecting 13 per cent and Olympian Patrick Chan with eight per cent.

Milos is popular in Canada. Fans, and even broadcasters, go first name basis…“Milos”, with a certain level of familiarity. Honestly, because he’s so likeable, many cheer for him heartily and the award is no surprise given the year he had.

As for Eugenie Bouchard, she just about skipped the whole challenger phase in a single year.

We’re sure the 19-year-old set some goals for 2013, and if moving up 113 spots in the WTA rankings was one of them, well, we’ll eat our racket. (Which we hope isn’t the case because that would be really uncomfortable). Bouchard also added her first WTA singles final at the Japan Open in October, earning her Olympic.ca Athlete of the Week honours. She was also named WTA ‘Newcomer of the Year’.

Genie Bouchard has the honour of receiving the Bobbie Rosenfeld Award, named after the Olympic champion. She pulled in 45 per cent of the votes with snowboardcross star Dominique Maltais and speed skating champ Christine Nesbitt each garnering 11 per cent.

If Bouchard can make another leap in 2014, we’ll happily eat a racket. But preferably one made of cake or something.