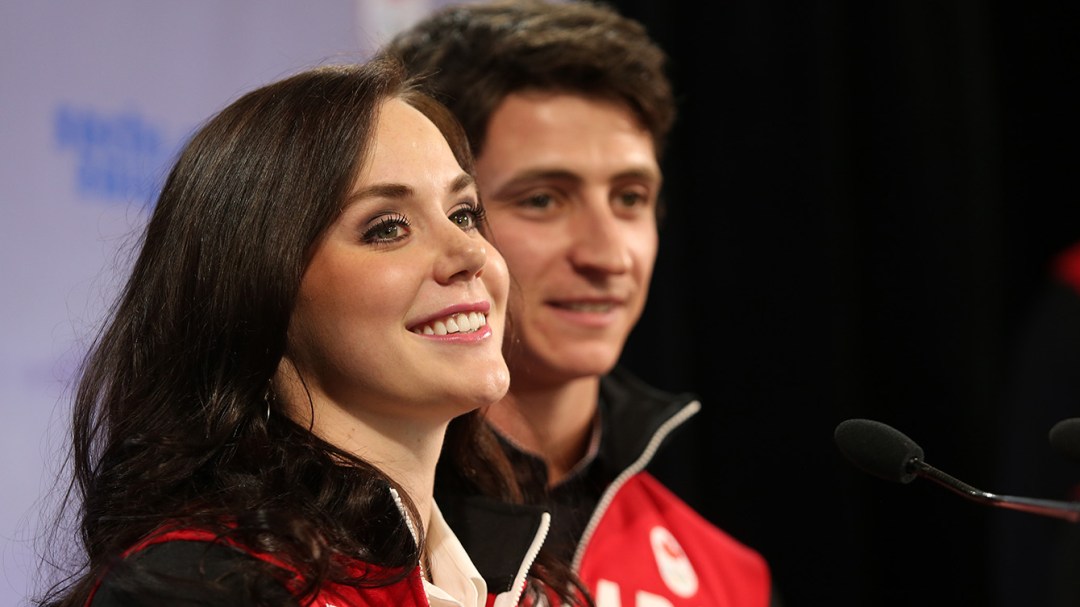 Canada’s figure skaters will get together in Sochi, even before the Opening Ceremony, to begin the first-ever team figure skating event at an Olympic Winter Games.

The event is really quite simple. And, since Canada has so much depth of talent, strategy could get interesting.

10 countries will participate. Every country starts with one entry in each category, for the short program; men, ladies, pairs and ice dance. The shorts are scored traditionally, but event points are assigned based on final overall ranking. 10 points for first place, 9 points for second place and so on.
After all of the short programs, the five countries with the most points move on to the free skates.
It’s the same drill in the free segment with 10 points for first place down to 6 points for fifth. The winner of the team event will be the country with most event points from both the short and free segments combined. In other words, most points gets the gold medal. This could get strategic. Countries can sub-in skaters or couples in two disciplines for the frees. For example, Canada has a number of excellent pairs teams. Meagan Duhamel and Eric Radford have been named as the short program pairs, they could rank high and score good event points. Then, Kirsten Moore-Towers and Dylan Moscovitch  could step in for the free skate. Although, Meagan and Eric have expressed interest in skating both programs, and were 2014 National Champions.

Nations may prefer swapping pairs teams to allow athletes to rest. Since this is new, many countries are concerned about the impact. Especially in the case of the pairs, since their individual event begins two days after the close of the team event.

That being said, these skaters are in amazing shape. They are, after all, Olympians. Some nations might look at the team event as being a great warm-up for later in the competition, and skate their A-team all the way through.

Canada’s Tessa Virtue and Scott Moir said after Nationals that they also want to do both the short and free dance. And since Canada will want to score as many event points as possible, Tessa and Scott may well get their wish.

The ol’ maple leaf isn’t likely to let you down at the Iceberg Skating Palace in this one. Canada has more athletes in the top 3 than any other country based on last year’s World Championships results. Patrick Chan won, Tessa and Scott were second in ice dance and Duhamel and Radford won the bronze in pairs.

Furthermore, looking at those standings, Canada is the only country with no real weaknesses. Kaetlyn Osmond had the lowest Canadian finish, with an 8th place. Russian Evgeni Plushenko has only competed a couple of times since Vancouver 2010 and the United States are likely to have trouble in pairs.