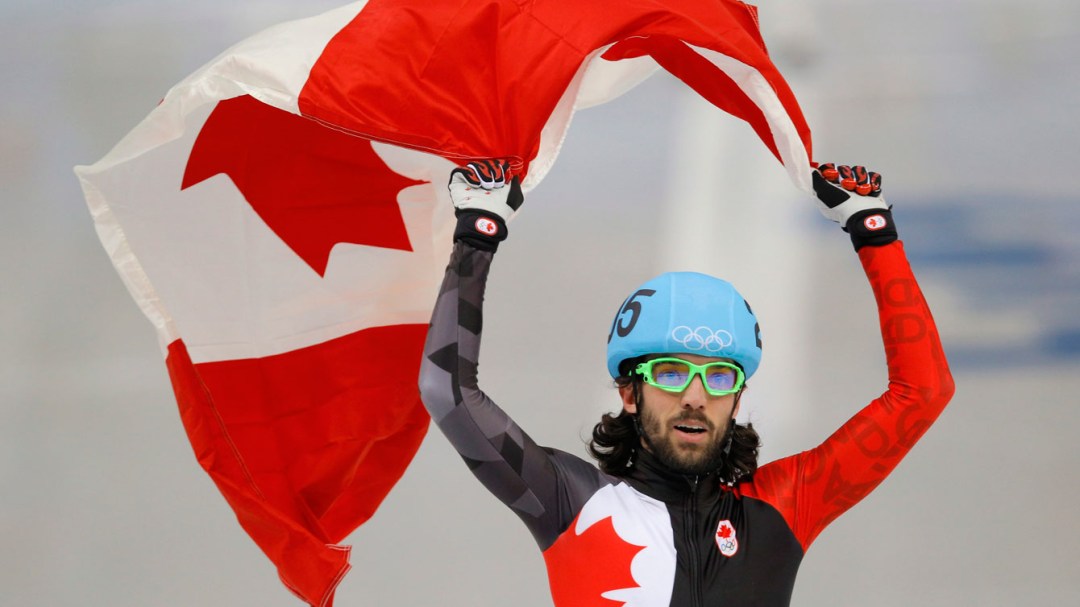 On Monday, the older of the two Hamelin brothers at the Olympics quickly became Team Canada’s final hope for a medal in the event after younger brother François finished out of the top two in the first semifinal and relegated to Final B. Teammate Michael Gilday was penalized in the next race, putting the weight of the country on Charles’ capable speed skating blades. 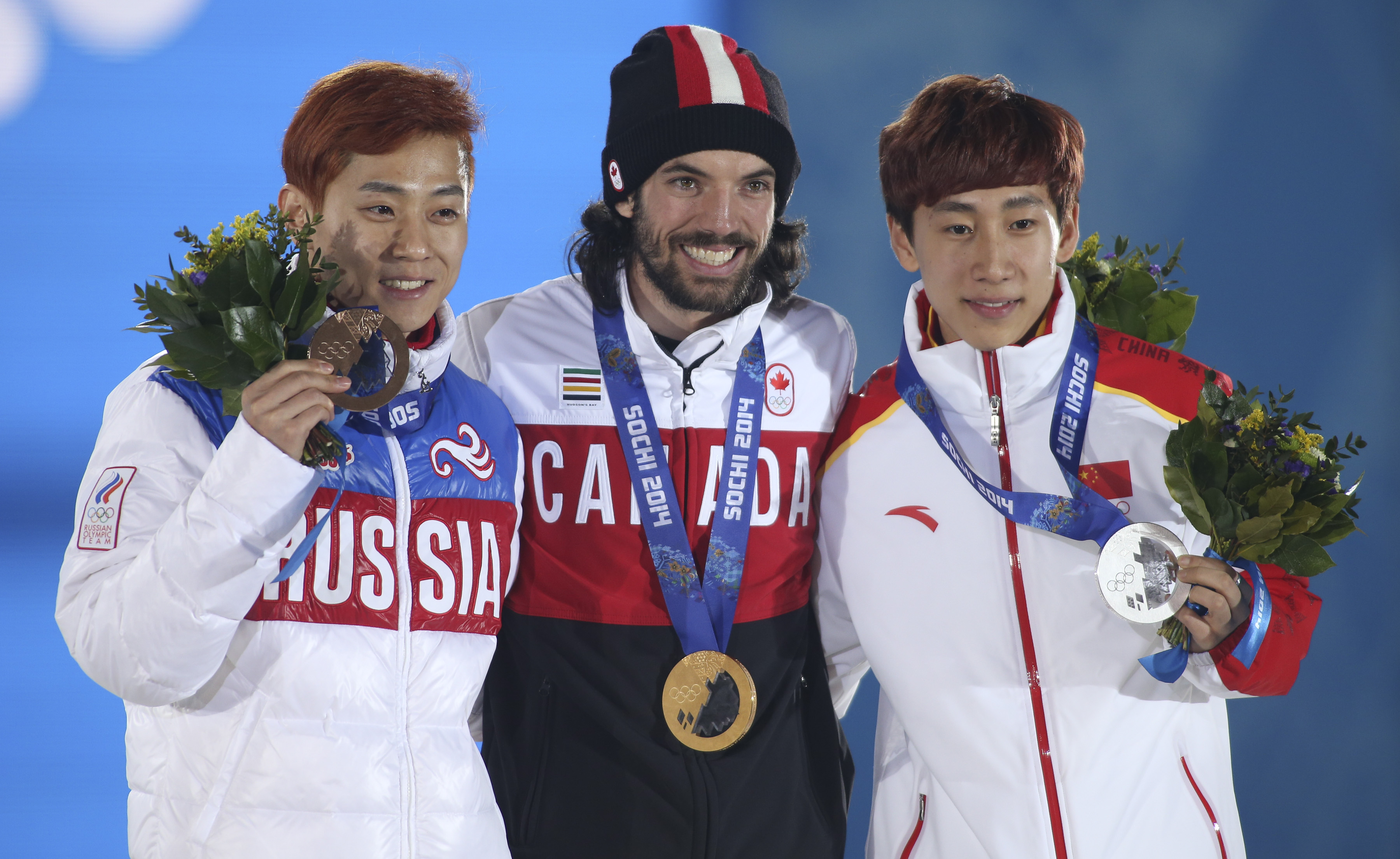 Hamelin won the third semifinal with a time of 2:14:48 before his start-to-finish dominant display in Final A, where he led all but three of the 13 laps for his gold medal in 2:14.98.

Tianyu Han of China came second and Victor An, who now represents Russia after previously skating for South Korea, was third.

“I felt very strong and showed I was the strongest skater,” Hamelin said following the final. 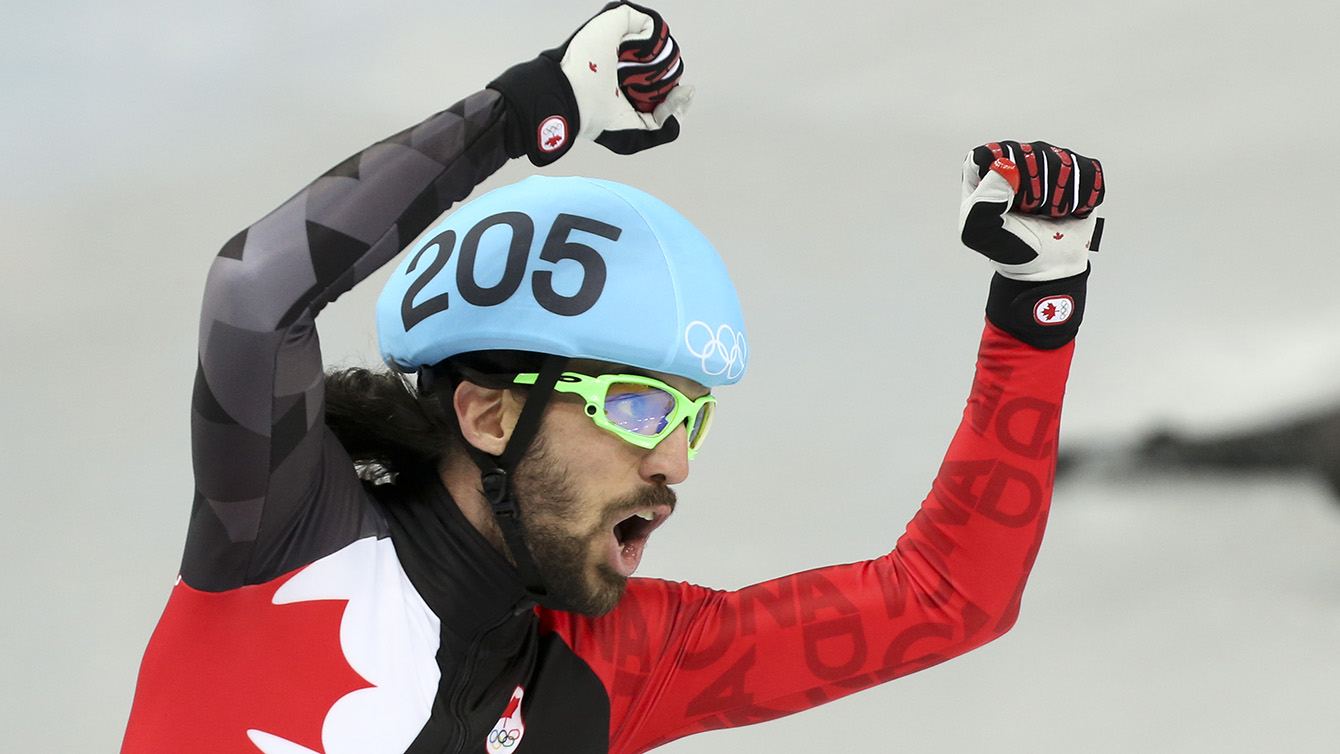 “It’s not my best distance, but I had a really good start and was able to control the race afterwards. I am looking forward to continue that strong this week.”

Hamelin made history by becoming only the fourth person to win an Olympic gold medal in three different short track events. His latest gold will join the 500m and 5000m relay medals in Vancouver 2010. Hamelin also has a silver from Turin 2006 in the 5000m relay.

Charles Hamelin leads the pack in his semifinal.

Charles Hamelin with a kiss for Marianne St-Gelais after his victory.

This was the fourth career medal for Hamelin, tying him with Éric Bédard and Gaétan Boucher. That places him second on the all-time list of Canadian male Winter Olympic medallists behind Marc Gagnon and Francois-Louis Tremblay who each have five.

Hamelin also equalled the all-time Canadian record for most gold medals at the Olympic Winter Games with three.

Already among the legends, Hamelin – of Sainte-Julie, Québec – could become the most decorated Canadian Olympian of all time with three events (500m, 1000m and 5000m relay) yet to come in Sochi.

“Of course I want to be on the podium again. But this is short track and it’s a tough sport,” Hamelin said looking ahead to the week.

Quizzed about his fourth medal, Hamelin was blunt in his assessment that it took too long to get there. “Vancouver was a disappointment, so I wanted to come back strong here. I have put so much work into it.”

That he did and Canada is grateful for it.

François Hamelin comes from what many have called the “First Family” of Canadian short track speed skating. He made his…

Guillaume Bastille won a gold medal at the Vancouver 2010 Olympic Winter Games as a member of the men's 5,000m…