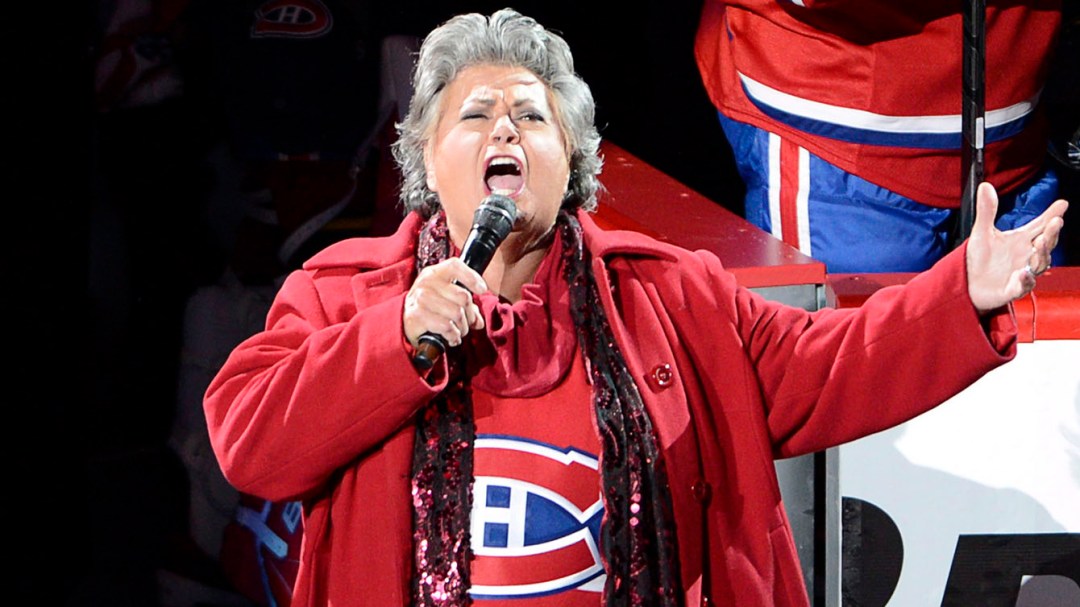 Is Ginette Reno’s rendition of ‘O Canada’ one of the best ever?

Last night at the Bell Centre, celebrated French Canadian singer Ginette Reno again sang the anthem at the Canadiens game.
It was transcendent.

I stood in my living room. (I always stand for the national anthem, something I learned from my immigrant Dad, who is super proud to be Canadian.)
Afterwards, I had to sit down immediately. It was that good.

As she walked off the ice, Reno grabbed Canadiens’ captain Brian Gionta’s elbow supportively as he adjusted his helmet. He smiled and offered her a fist bump. She grappled it, an awkward ‘fist-palm’. It didn’t matter. If anything, it made her more loveable.

Every Canadian city, usually in the thick of playoff fury, elevates their anthem singer to heavenly status. Ginette Reno pushed the bar higher.
What is your favourite O Canada performance?

The crowd sings ‘O Canada’ at the Bell Centre

And for fun, Blue Jays’ depth man Munenori Kawasaki gives ‘O Canada’ a try around the 14-second mark of this one: