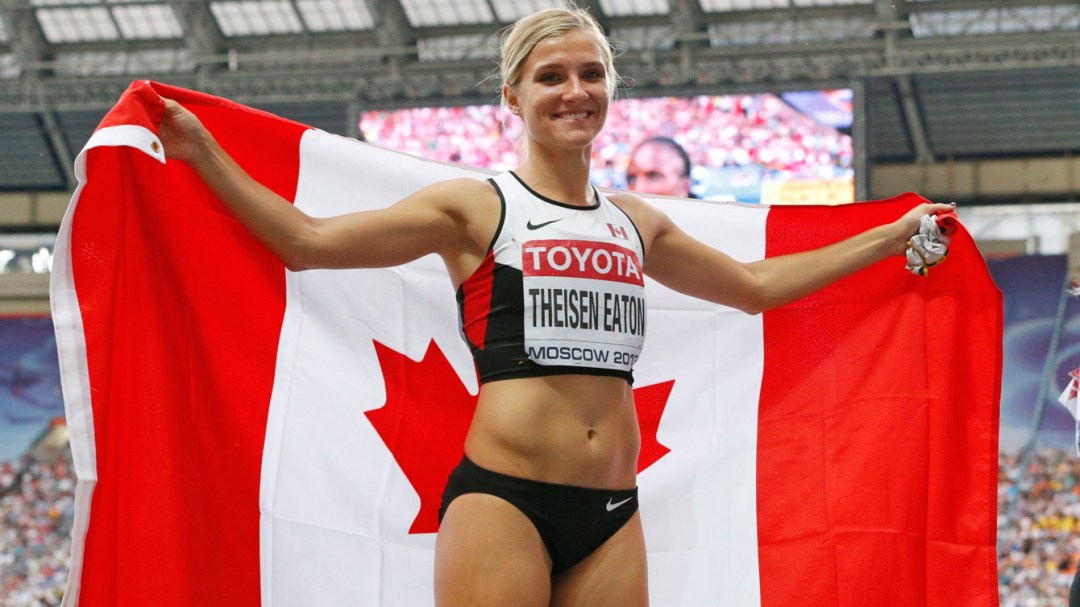 At the IAAF Hypo Meeting in Götzis, Austria Theisen-Eaton finished second in the heptathlon but set a personal best and Canadian record of 6,641 points. The 2013 World silver medallist said she was “not satisfied” with the outcome, having won the event a year ago. Another female athlete from Saskatchewan impressed her way to the record books, when Furlan of Regina brought the 12-year old women’s 3000 metres steeplechase national record down to 9:48.89 in Guelph, Ontario. Carol Henry was the previous record holder running her best time of 9:51.10 in 2002. Furlan and other Canadian steeplechase runners have been due for a breakthrough in the discipline. At the 2013 Summer Universiade in Russia, Canadians finished fourth and fifth in the women’s race with Chantelle Groenewoud (9:51.17) and Furlan (9:51.23) registering times agonizingly close to Henry’s standard.

The oldest record to fall over the weekend now belongs to Brown in the men’s 200 metres. Atlee Mahorn set the Canadian record in the first heat of the quarterfinals at the 1991 World Championships in Tokyo, Japan with a blistering 20.17. Later in a star-studded final, Mahorn brought Canada the World bronze behind two other legends, Michael Johnson (USA) and Frankie Fredericks (Namibia). Aaron Brown (second from right) at the NCAA Track and Field Championships in 2013 (via The Canadian Press).

Brown, from Toronto, Ontario, bettered Mahorn’s mark on Saturday running 20.16 at the NCAA West Championships competing for the University of Southern California Trojans (USC). Brown accomplished the 100m/200m double over the weekend, winning both events. He missed last week’s IAAF World Relays as he winds down his collegiate athletic career.  The Canadian men’s 4x100m team finished sixth, earning a spot in the 2015 World Championships.

It has been an impressive spring for Athletics Canada competitors. Three weeks ago Vancouver, BC’s Elizabeth Gleadle broke her own national best in the Javelin by throwing 62.23 metres, and in early May, race walkers Evan Dunfee, Inaki Gomez and Ben Thorne all broke Gomez’ 20 kilometres national race walking record.

Dunfee and Gomez competed at a challenge in Spain over the weekend, finishing eighth and ninth respectively.