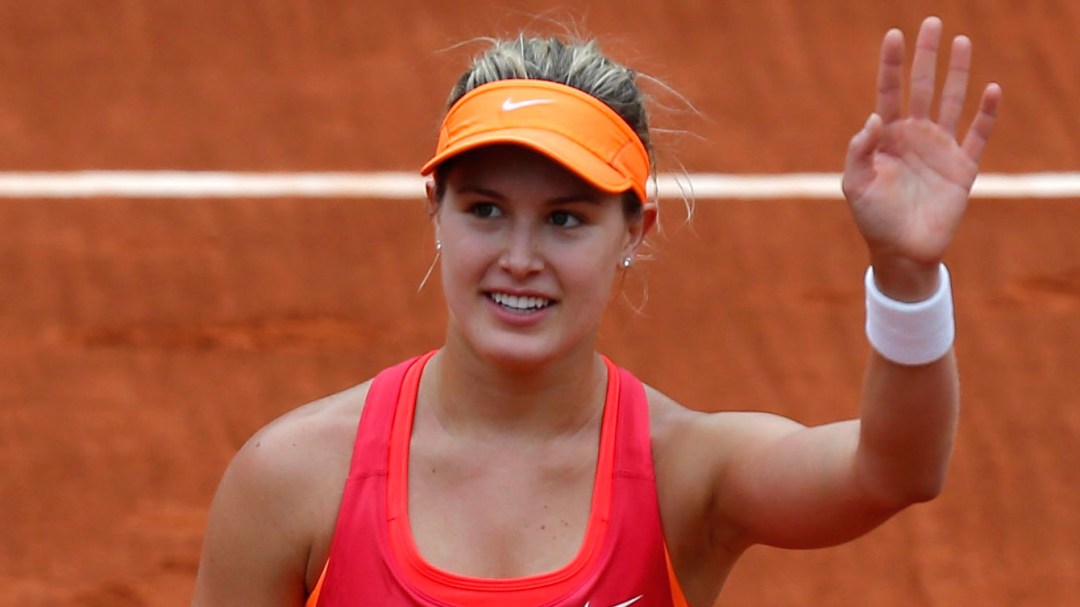 Eugenie Bouchard fought back from three games down in the decisive set to beat Carla Suarez Navarro 7-6 (7-4), 2-6, 7-5 to earn a spot in the semifinals at Roland Garros.

The Canadian was down 1-4 in the final set on Tuesday, when she began her comeback by holding serve twice on either side of breaking Navarro. With the set tied 5-5, Bouchard broke Navarro one last time before successfully serving for set and match at the French Open.

It was the second time on the day that Bouchard had to come from behind to win a set. Down 2-5 in the opening frame, Bouchard summoned her skills and trained her focus on reeling Navarro back within striking distance, before beating the Spaniard in the tiebreak.

Bouchard’s semifinal opponent will be Maria Sharapova. For the fourth consecutive year the Russian superstar and last year’s finalist, is in the semifinals of the French Open. She beat Garbine Muguruza of Spain 1-6, 7-5, 6-1 on the same day.

Naturally, this tweet and photo of an eight year old Bouchard meeting Sharapova became a topic of conversation online:

The highly anticipated Bouchard-Sharapova semifinal will take place on Thursday.

This is the second straight major in which Bouchard has reached the semifinals after achieving this feat previously at the Australian Open this year. The 20-year old Canadian is the only woman to reach two Grand Slam semifinals in 2014 and the first Canadian to do so at Roland Garros. 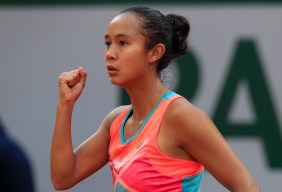 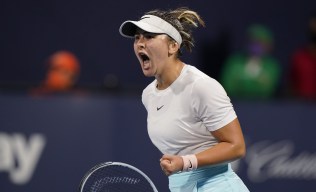