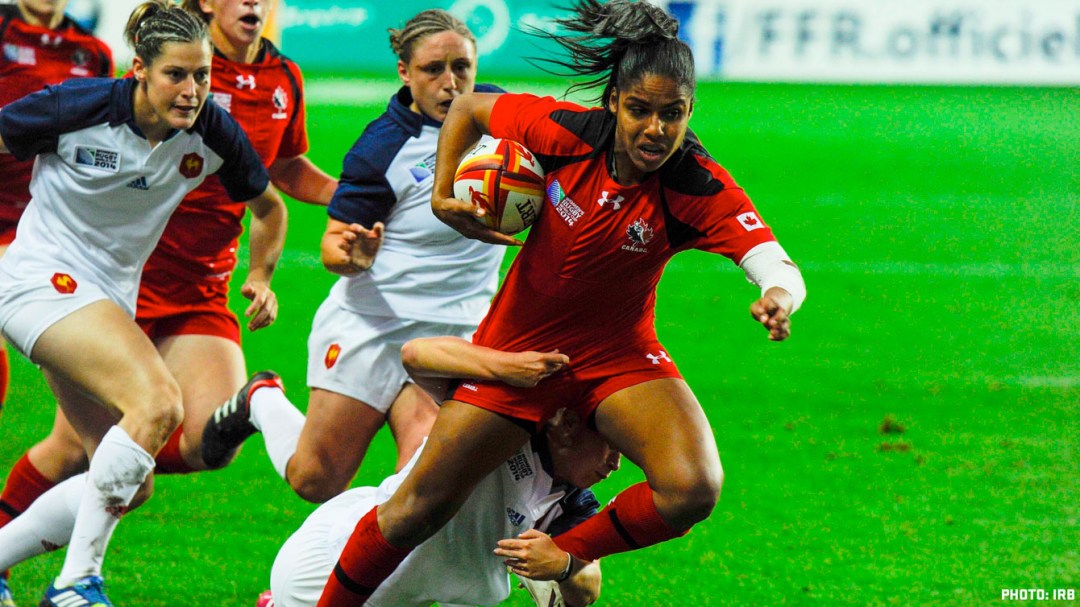 Although she couldn’t celebrate with a World Cup victory, Magali Harvey’s birthday weekend brought individual accolades Sunday when she was named IRB Women’s Player of the Year.

Both Harvey and Russell were on the Canadian side that finished second to New Zealand 29-12 at the Rugby World Cup Sevens final in 2013. On Sunday, the two women won silver once more when England took the Women’s Rugby World Cup title 21-9.

Harvey is from Quebec City. She celebrated her 24th birthday on the eve of the World Cup final against England.

During the 2014 World Cup, Harvey’s jaw-dropping 87-metre run for a try against France made sport highlight reels all over the world.

Harvey was Canada’s leading scorer at the World Cup with 61 points, second only to Emily Scarratt of England.

IRB Chairman Bernard Lapasset said on the World Cup website “I would like to congratulate Magali on winning this prestigious award. It is extremely well deserved. She has lit up Women’s Rugby World Cup 2014 with her combination of electrifying pace, elusive running, ferocious defence and accurate place-kicking.”

The back-to-back World Cup second place finishes in sevens followed by 15s, and two of its players recognized by IRB for its highest individual honour in the women’s division signals a Canadian breakthrough in the sport.

The sevens version of the game will return rugby to the Olympics at Rio 2016. 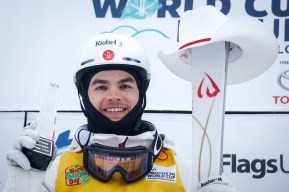 Magali Harvey’s rise to one of the world’s best women’s fifteens players began in high school, where she graduated from...

Originally from Bolton, Ontario, Kelly Russell followed in her father’s footsteps, joining the Toronto Nomads rugby club at an early...