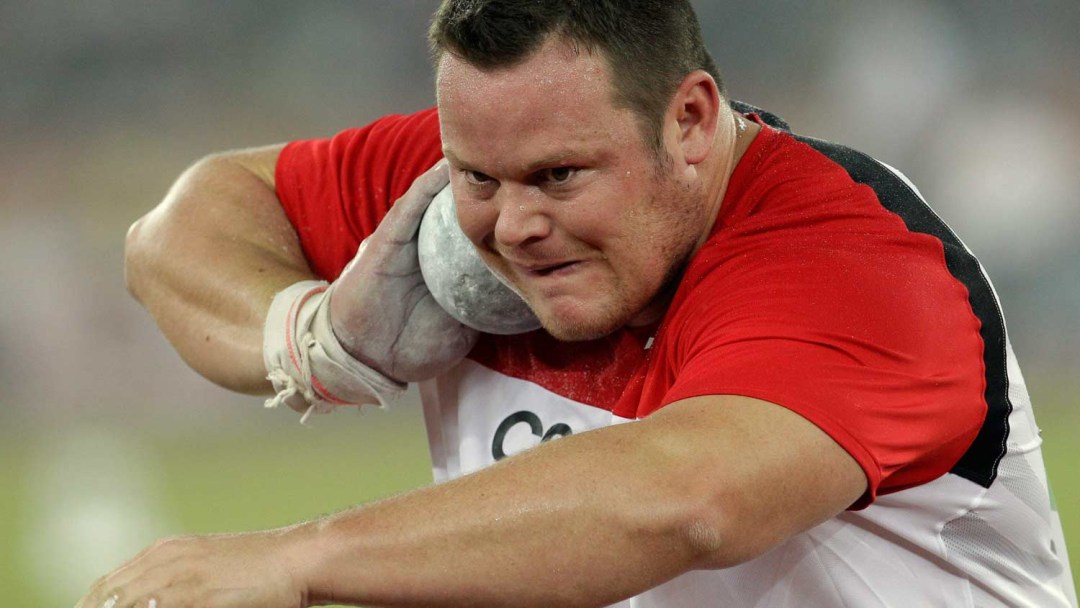 More than six years after the event, Canada will be adding another medal to the total won at the Beijing 2008 Games.

Shot putter Dylan Armstrong will officially be awarded the bronze medal following the disqualification of original third place finisher Andrei Mikhnevich of Belarus. With the medal, Armstrong now finds himself in the history books as the first Canadian to win an Olympic medal in shot put and Canada’s first Olympic medallist in a throwing event since Stockholm 1912. The additional medal also raises Canada’s total medal count from Beijing to 19 (3 gold, 9 silver, 7 bronze). Back in 2008, Armstrong came close to reaching the podium after throwing 21.04m and missing out on the bronze by only one centimetre. Last summer it was announced that Mikhnevich’s doping sample from the 2005 IAAF World Championships had been re-tested and found to contain a banned substance. This meant that all of his IAAF results dating back to August 2005 were annulled. The IOC followed through in annulling his Olympic performance.

In fact, this is the second medal to be re-allocated to Armstrong because of Mikhnevich’s ineligibility. The Belarusian was stripped of his silver medal from the 2010 IAAF World Indoor Championships which led to the Canadian being upgraded to the bronze.

Armstrong will officially receive the Olympic bronze medal at a ceremony in the coming months. It is not highly unusual for Olympic medals to be re-allocated and this is not the first time a Canadian athlete has benefited.

In another doping case, cross-country skier Beckie Scott was upgraded to the gold medal from the 5km+5km pursuit at Salt Lake City 2002 more than two years after the event. Scott had initially won the bronze medal, but it was later determined that the two Russian competitors who had finished ahead of her had failed drug tests.