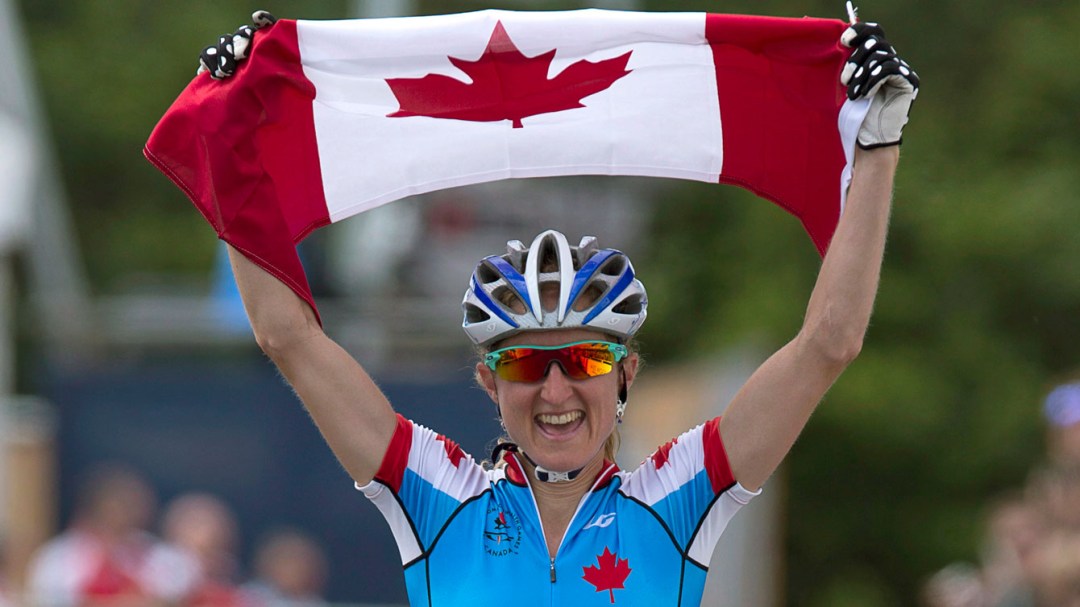 Catharine Pendrel returns to the top of the world

Catharine Pendrel is on top of the world again.

With her triumph in 2011, it’s the second time that Pendrel can claim to be world champion. The 33-year old 2014 Commonwealth Games gold medallist biked the course in 1:31:30 and won by 21 seconds over Russia’s Irina Kalentieva despite suffering a flat tire on the final lap. The bronze medal went to Lea Davidson of the United States.

It has been a great year for Pendrel, who also finished second in the overall World Cup standings between Jolanda Neff of Switzerland and Slovenian Tanja Zakelj.

Time well spent! Thanks @Oakley for the matching shades! pic.twitter.com/dYJu6pXZYI

In a release on the event website Pendrel said “I tried to ride as I normally do, and said to myself that this was not an ordinary World Championship run. It felt fantastic to win and I feel so good.”

“I want to thank for all the support here, it gave me so much energy.”

congrats @cpendrel NEW WORLD CHAMP!! I'm sure it's been a long road back to the rainbow!! #proud #mapleleaf #mtbworlds2014

Another Canadian Olympic mountain biker, Emily Batty, was sixth in the race. Batty finished fourth in the World Cup standings and won silver at the Commonwealth Games this year.