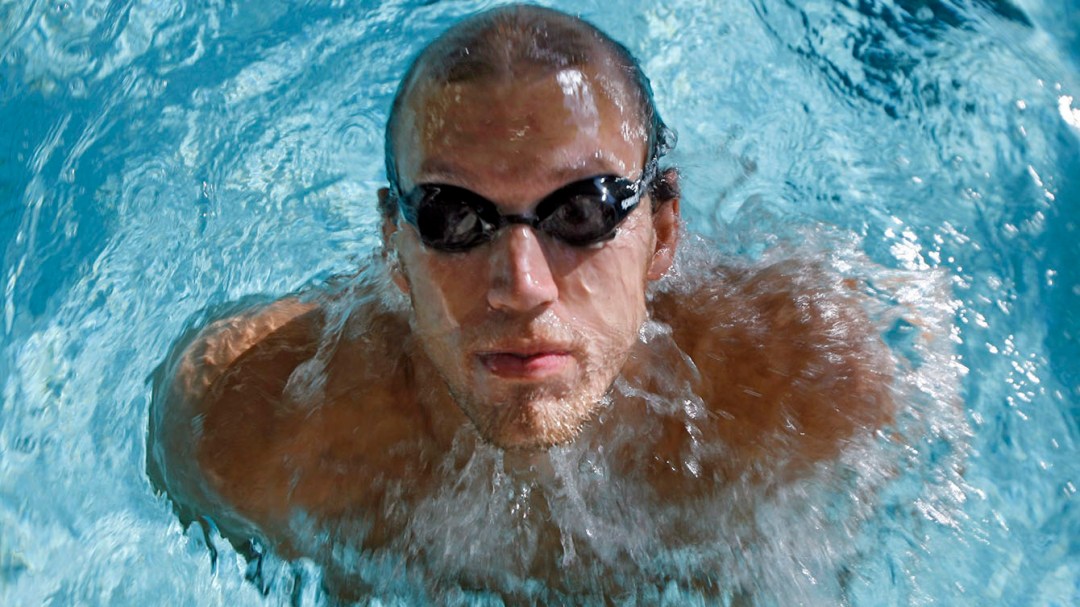 Why your swimmer friend can never hang out with you

Olympic.ca is exploring the idea of the ‘ultimate athlete’ including what athleticism is, how we view it and how it has changed.

One thing is clear: training for swimming is a huge time commitment. Your swimmer friend isn’t going to be able to hang out, really ever.

Canadian sprinter Brent Hayden would typically spend up to 10 sessions in the pool per week refining a 47-second race.

Swimming is both aerobically challenging and technically specific. Coaches and swimmers obsess over the dreaded moment when the aerobic capacity of the body can’t keep up with the demands placed on it. It happens in every race from 50 metres to 1500, as dependably as copious sweating in an episode of ‘The Walking Dead’. During the uncomfortable transition when not enough oxygen is reaching the muscles (anaerobic state) a swimmer must try to maintain the most technically efficient version of their stroke. Keeping it together is the ancient battle of all endurance athletes, but in swimming there is a special interplay between training and technique. Aerobic destruction can be delayed by insane fitness (better aerobic capacity) and also an efficient stroke (better technique). Basically, fitness and technique are the really annoying couple that fight all the time but when they’re happy it’s like Batman and Catwoman working together. Mysterious and intimidating.

Poor technique will waste even the greatest fitness level. Conversely, a beautiful stroke may not win races unless it’s trained relentlessly. Savvy? Ok, you should also ask your swimmer friend about power. Or, how easily he or she can pull their body weight through the water. This usually separates long-limbed, muscle-bound sprinters from slimmer and leaner distance specialists.

Yet no one from sprint to distance can escape the Batman and Catwoman problem. A sprinter able to create a lot of power with an inefficient stroke might take the lead early, but will hit anaerobic chaos sooner and be beaten by fitness, technique, or both. The good news is your pool-going buddy can improve anaerobic tolerance through training.

A world-class mid or distance swimmer (like Ryan Cochrane) usually has a big aerobic capacity and supreme technique, producing less power but maintaining it more evenly over longer races. All the product of 20+ hours per week of training.

Scarier than zombies is that regular training alone isn’t enough. Race experience is very important. Swimmers must test their bodies at race speed in competition over and over again. (There are also mental training reasons for this) So your swimmer friend isn’t even in the city as many as two dozen weekends of the year.

Alright. It doesn’t totally suck to be a swimmer, I did the sport for a long time. There is something really brave about putting your whole body on the line, and since the sport is so demanding, every other part of your being as well. Swim training is difficult but meditative. Racing is fun, even if sluggish at times, and a balance between utterly frustrating and purely transcendent. Swimmers feverishly chase the elation of the latter. History’s most decorated Olympic swimmer Michael Phelps has ‘un-retired’ for love of the sport.

Most importantly, swimmers get really good abs.
Brief sport interlude: the ‘core’ maintains stability central to good technique.
Back to abs: no matter how tired your swimmer friend gets, they always have one good party trick when you finally get them out of the house. 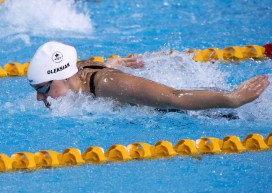 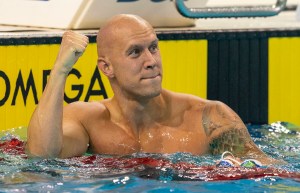