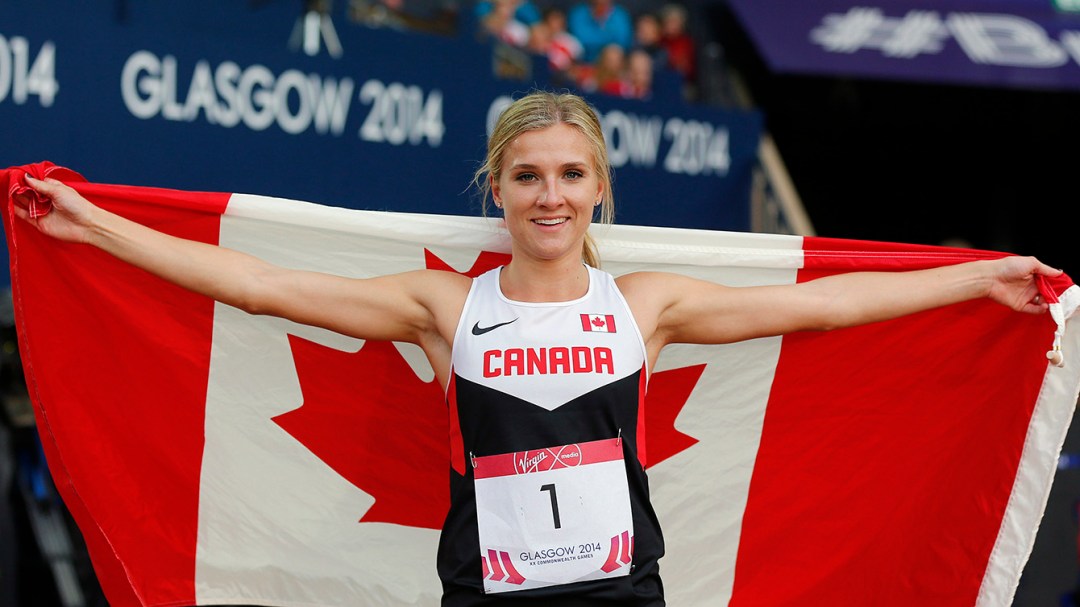 Meet two Canadians who believe winning is their only option

Splashed on either side of the continent, the colours could not be more distinct. Yet both combinations have this in common: they adorn places where the first true goal is to win. 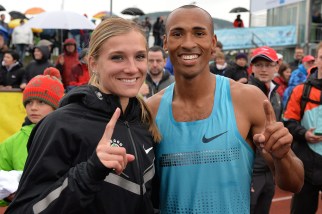 Brianne Theisen-Eaton and Damian Warner at the 2013 Hypo Meeting in Gotzis, they both won. 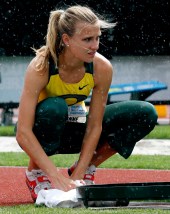 Theisen-Eaton competes at an NCAA event in 2010

For Theisen-Eaton and Warner, the fall of 2014 is when the march to Olympic glory truly begins. Both captured Commonwealth Games gold medals this summer and took extended breaks. Now, with 667 days to the Rio 2016 Opening Ceremony, it’s time to go back to work.

“From here on out I think it’s safe to say I want to win everything,” says Theisen-Eaton from her home in Eugene, Oregon, before laughing. But not nervously. The 25-year-old isn’t afraid to proclaim her expectations. “In Rio I want the gold medal,” she says, a possibility backed up by her silver from the 2013 World Championships. 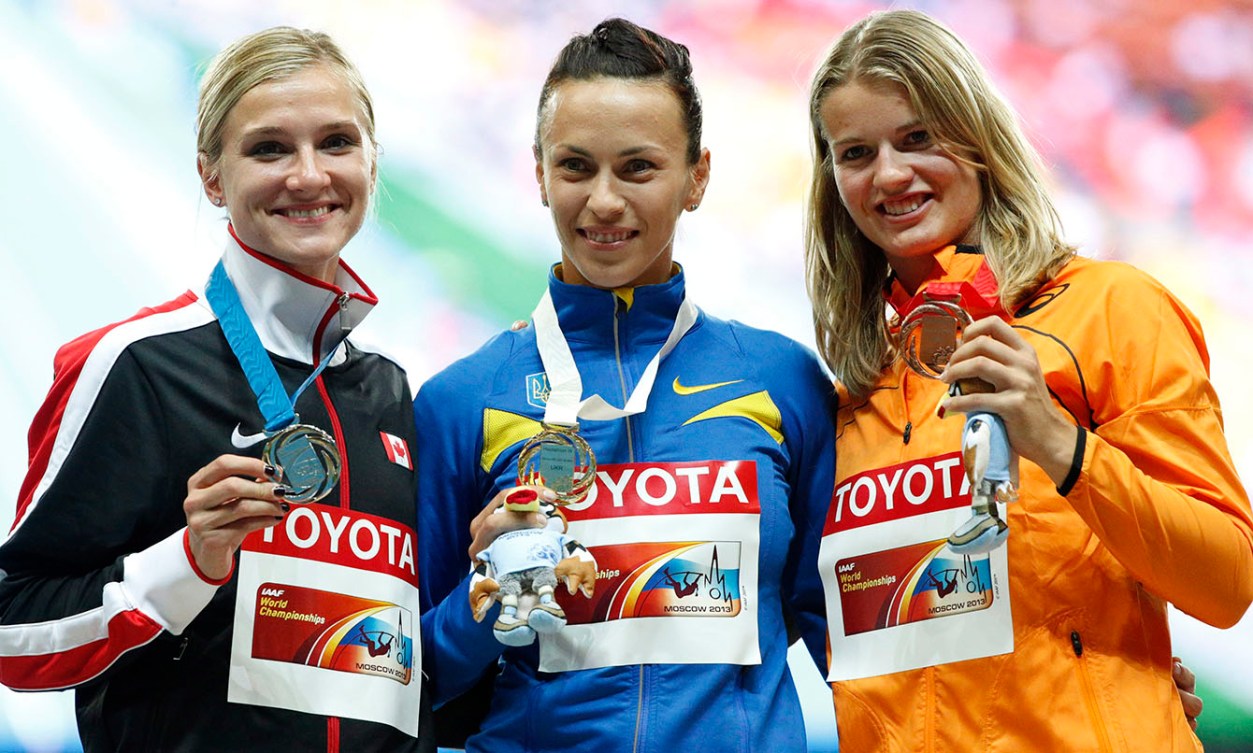 Theisen-Eaton did her first heptathlon the summer between ninth and 10th grades, encouraged by her coach with the Saskatoon Track Club. She cried afterwards. Yet her score was high and enough evidence to coax her into trying again.

After a decorated NCAA career, seasons in which she did up to five heptathlons, the exhaustion behind those high school tears hasn’t abated. Seven events over two days requires a minimum of three weeks to recover from. It ends with the distance run. “Going into the 800 you’re always saying to yourself, ‘Why do I do this, this isn’t fun, I want to retire, this is too stressful, I’m nuts’” Theisen-Eaton explains. And in the somewhat humorous and maniacal way athletes can be, “As soon as you’re across the finish line you’re like, ‘That was awesome I can’t wait to do it again.’”

Except after London 2012 when Theisen-Eaton considered never doing it again. The contrast between collegiate domination and Olympic anonymity weighed on the Canadian, who finished 11th. Again, she paraphrases her thoughts: “The Olympic year I went in there and nobody knew who I was, I thought “What’s the point?”

If it’s not a medal why does it even matter? – Brianne Theisen-Eaton on London 2012 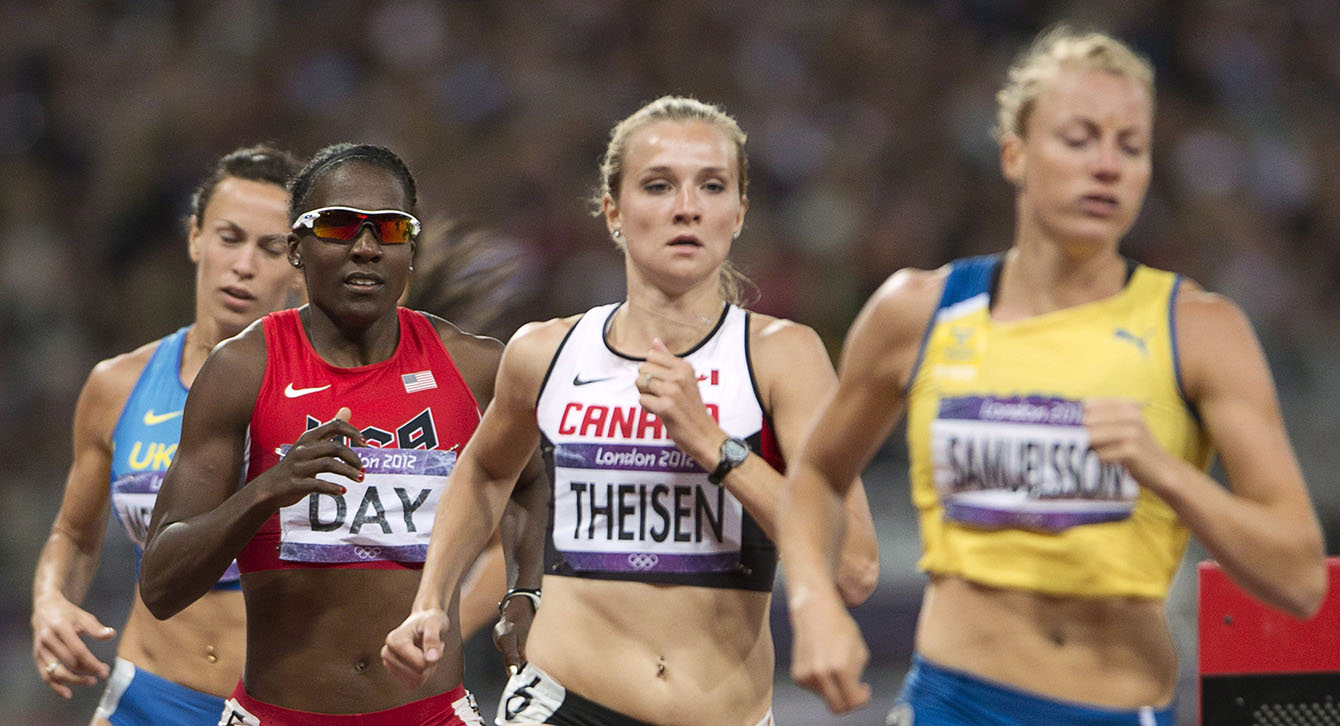 She left London incredibly shaken. The return to her training duo in the fall of 2012 with then-fiancé and US Olympic champion Ashton Eaton (who curiously is Warner’s main competition in Rio) marked a memorable shift. Eaton carried the weariness of a successful Olympic year. Brianne immediately announced her restlessness to storied coach Harry Marra. “I had a fire, I want to win medals I want to be in contention or I’m not going to have fun and I should just quit,” she recalls.

At the world championships in Moscow, one year after London, Theisen-Eaton finished with heptathlon silver. She calls it her latest breakthrough.

Damian Warner won a bronze medal in Moscow, a more incremental improvement on his fifth place from London 2012.

A basketball player in high school Warner only started decathlon in 2010. “My first decathlon we had this whole plan, it just poured rain and it was windy and cold. Nothing went according to plan,” he says looking back. But Warner stuck with it and is now mentioned next to Ashton Eaton as one of the best multi-event men in the world. Warner shot into the decathlon elite starting from 2011 World Championships where he was 18th to this summer’s win in Glasgow.

Like Theisen-Eaton, his sole Olympic experience outside of podium contention was enough.  “It’s either you’re going there to just be there and I’ve done that before I don’t want to do that again or you go there to win and that’s the goal,” says Warner. To close the gap from his current best score of 8512 to Eaton’s world record 9039 Warner believes his best opportunities lie with the long jump, pole vault and 400 metre run.

Long-time Western coach Vickie Croley oversees Warner’s jumping and says he has the ability to win. She also applauds self-belief. “We need our Canadian athletes to have that kind of confidence,” she comments during a conversation last month.

Theisen-Eaton and Warner are preparing an entire continent apart for Rio, with the 2015 World Championships the next major step (Warner also hopes to do the ‘dec’ at the Toronto 2015 Pan Am Games).

It may be a tired sporting adage to always be training for gold. Yet the fresh resolve and unabashed confidence from two of Canada’s top athletes is becoming more common, and happily on the summer stage where it is sorely needed.

Kate O’Brien is a newcomer to track cycling who narrowly missed qualifying for Sochi 2014 as a bobsleigh brakeman. After...