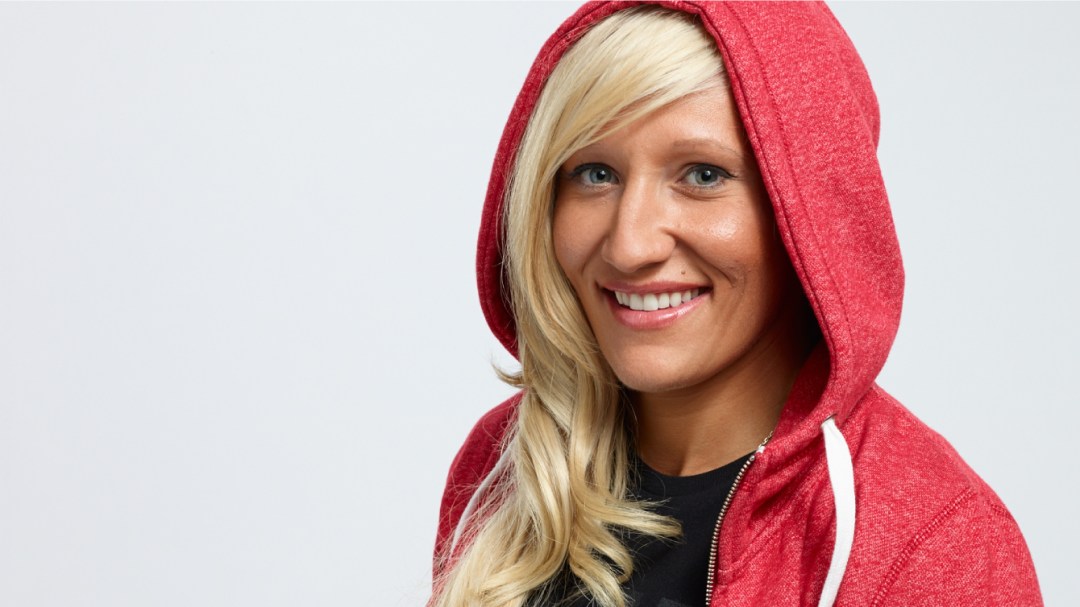 Kaillie Humphries received her Lou Marsh Trophy and shared the following on Instagram:

In an Olympic year full of highlights, it’s fitting that an Olympian was chosen to be the winner of the 2014 Lou Marsh Trophy, an award that went to sliding sports legend Kaillie Humphries on Thursday.

Journalists annually choose the winner of the Lou Marsh Trophy. The athlete receiving the honour is widely acknowledged as Canada’s top athlete of the year.

In the last 12 months Humphries reunited with her Vancouver 2010 bobsleigh brakeman Heather Moyse. The pair reunited in the 2013-14 World Cup season with a win in Humphries’ hometown Calgary. 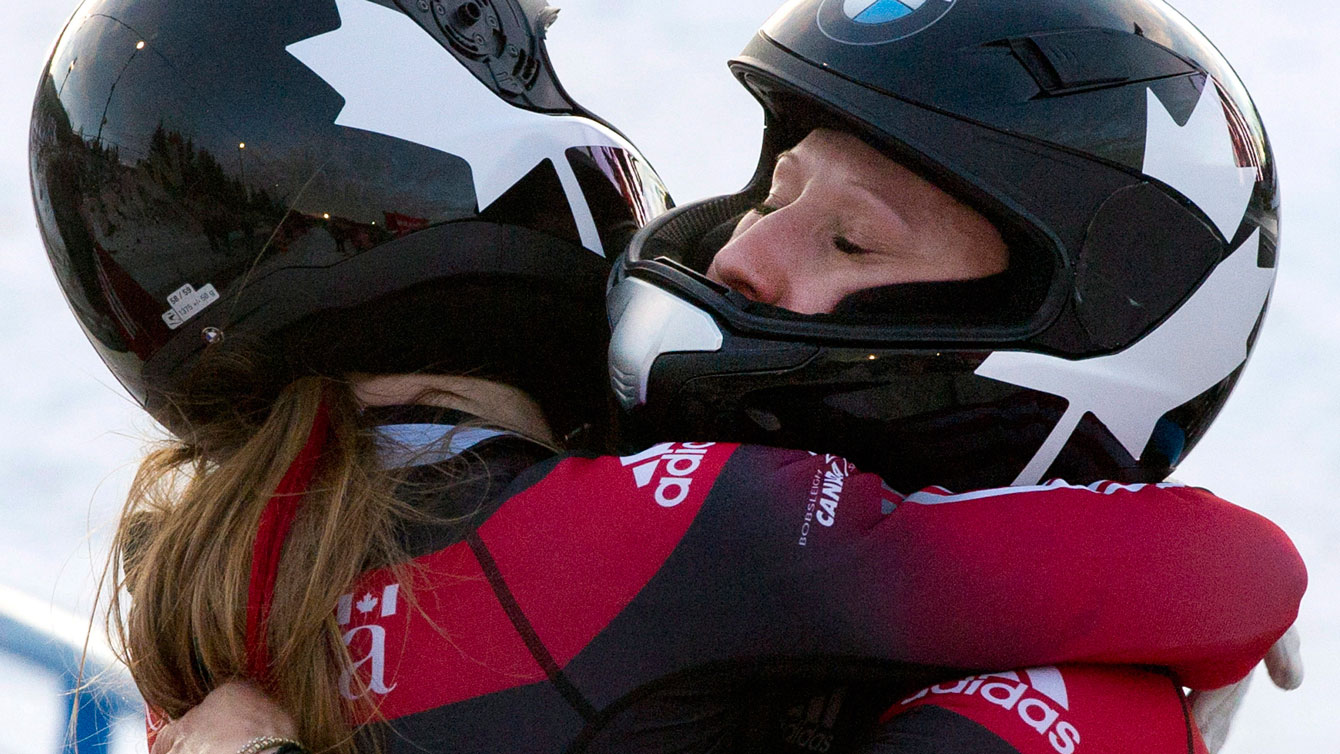 Humphries & Moyse embrace after reuniting and winning the first World Cup of the 2013-14 season.

It was in St. Moritz in January that Humphries reminded the world of her dominance in the sport, less than a month to the start of Sochi 2014. With Moyse, the two vaulted from 10th to first on their second run, remarkably erasing a 0.40-second deficit.

Humphries’ resilience would be tested again at Sochi. The Olympic gold medal was for the Americans to lose after the first two runs, as the USA-1 sled piloted by Elana Meyers had a 0.23-second lead heading into the all-important second night of racing. 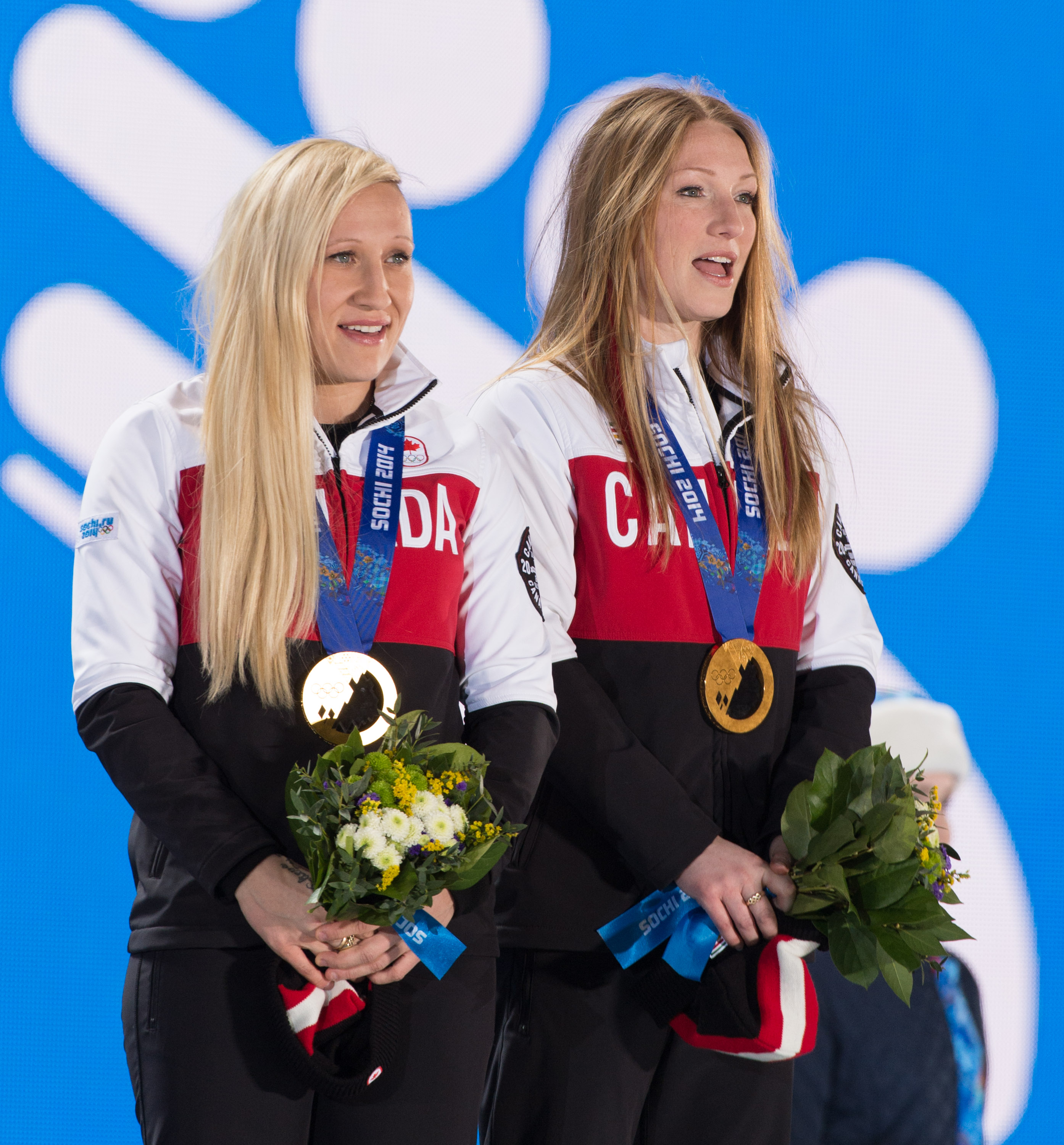 Humphries and Moyse cut the Americans’ lead by half in the third run and took gold following the fourth drive, securing a second consecutive Olympic championship.

In the Olympic post-race press conference, Humphries made it clear that she wasn’t about to rest on her laurels. Next goal was to start closing the gender gap in her sport. To that end Humphries is doing her part as she is set to compete against men in the four-man bobsleigh – an event not included in the Olympic calendar for women – this World Cup season.

Humphries became the first bobsledder to win the Lou Marsh Trophy. At the Games she and Moyse were bestowed the honour of carrying Canada’s colours as Sochi 2014 as Closing Ceremony flag bearers. An image of Humphries pushing a bobsleigh as part of the Canadian Olympic Committee’s #WeAreWinter campaign was one of the iconic images recognized and shared by Canadians during Sochi 2014. The accompanying mini-documentary about Humphries has nearly 50,000 views on YouTube.

Other Olympians that earned major consideration for the 2014 edition, according to the Toronto Star (the trophy sponsor), are Drew Doughty, Milos Raonic, Sidney Crosby, Alex Bilodeau and Jennifer Jones.

Potential Olympians looking ahead to Rio 2016 were also in the running, that list includes 2014 breakthrough Canadian sport stars Eugenie Bouchard and Magali Harvey. 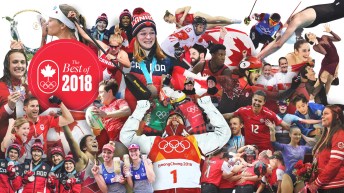 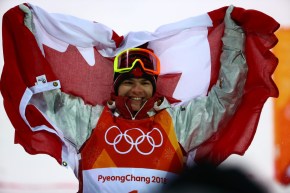