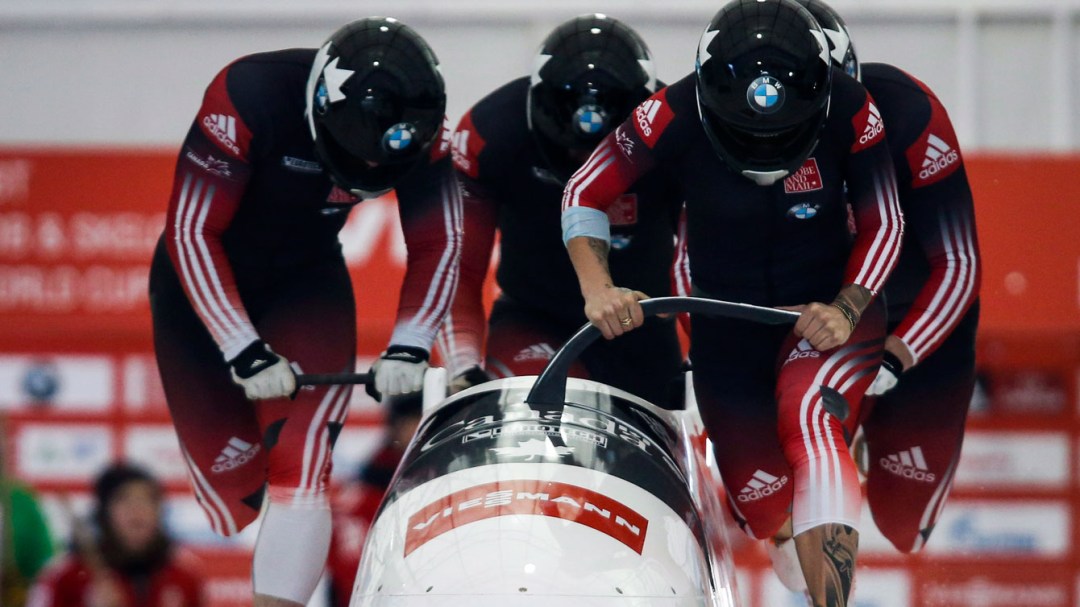 Historic Humphries “learning” on the job

An hour after competing in the women’s bobsleigh race, two female athletes each led a four-man sled for the first time at a World Cup race on Saturday in Calgary.

History has been made and now the process of improving under sometimes difficult conditions begins for Canada’s Lou Marsh Trophy winner Kaillie Humphries and her United States rival Elana Meyers Taylor.

“Today is step one for both Elana and I,” Bobsleigh Canada Skeleton – the sport’s national governing body – quoted Humphries. “We have a long way to go and a lot of learning to do.” 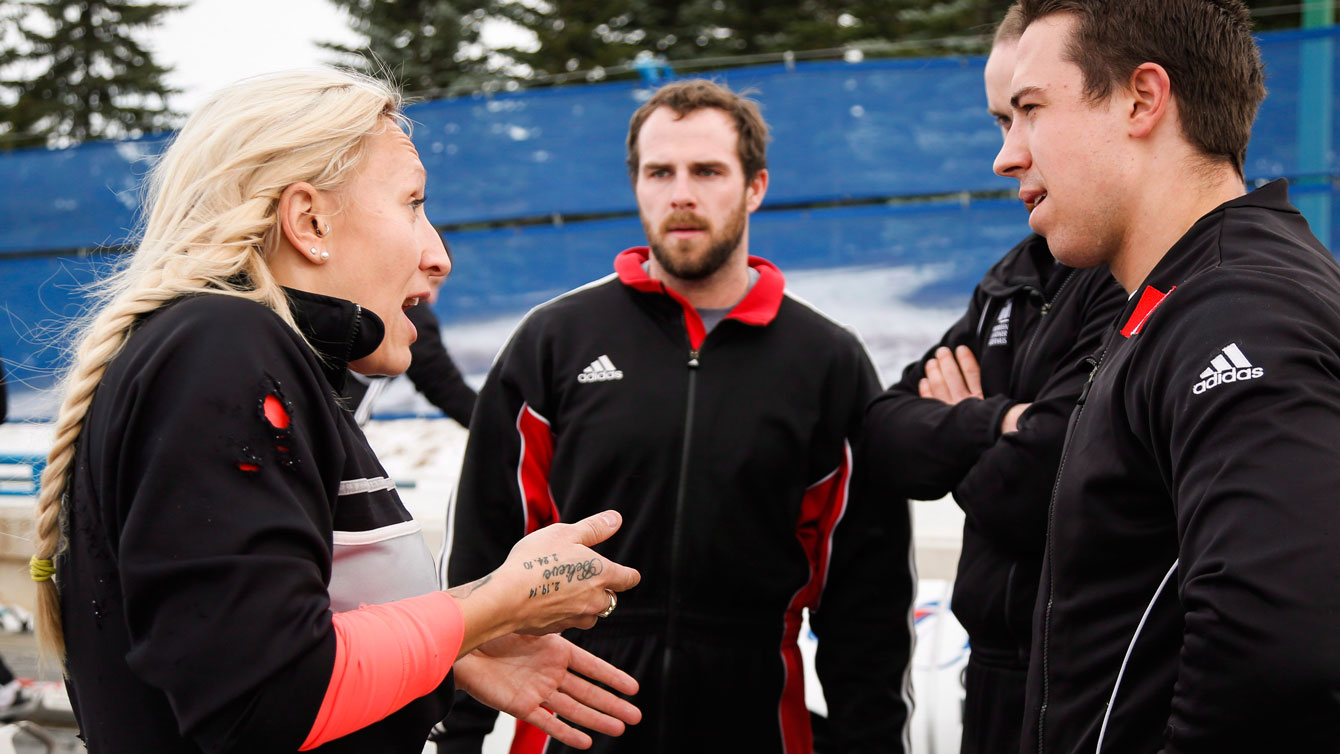 Humphries’ four-man team consists of Dan Dale, Joey Nemet and DJ McClelland. She credits them for helping her get through an exhausting Saturday with two “very distinct races.”

“We are very eager and excited to be on this path. We are going to keep pushing, and keep learning. At the end of the day we are all competitors and want to win regardless if we are male or female.”

Humphries emphatically stated after winning her second consecutive Olympic gold medal with Heather Moyse at Sochi 2014 (where she beat Meyers Taylor in the women’s race), that she would actively lead the charge to have a four-woman race included in the sport’s calendar. 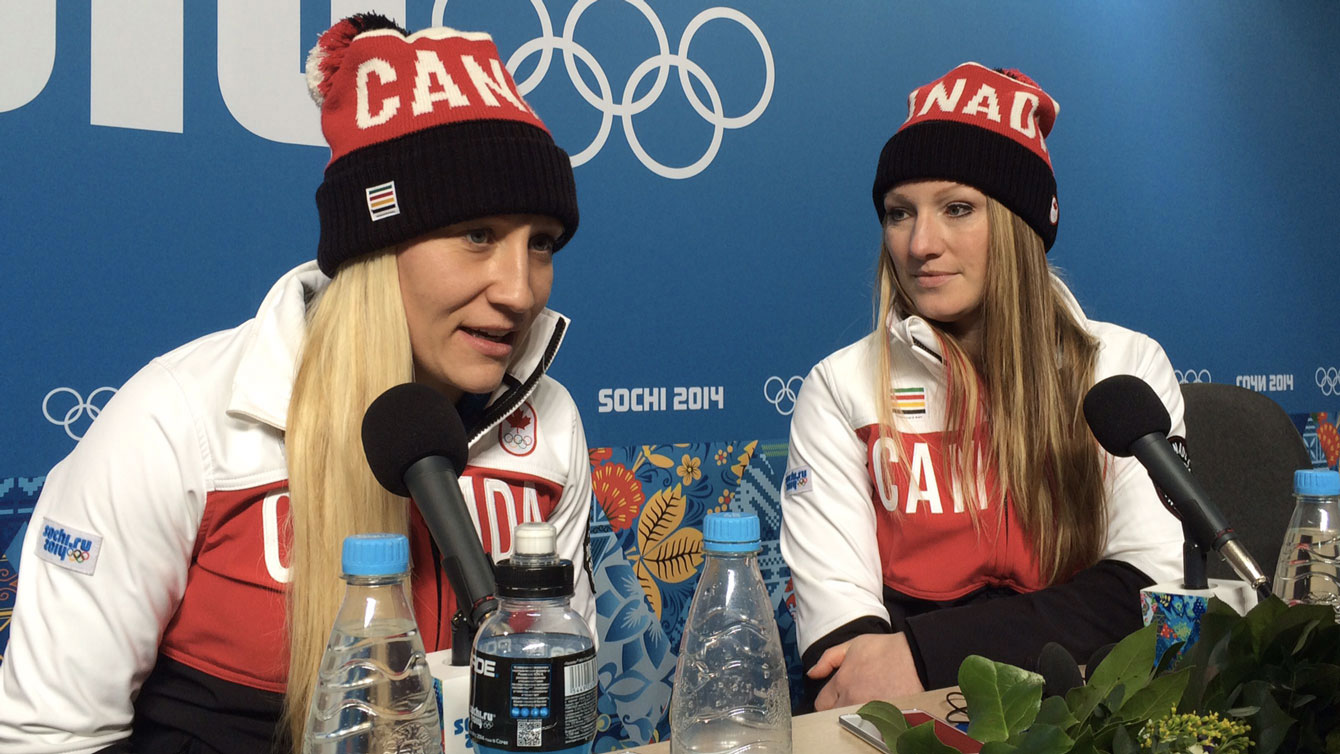 Humphries, with Sochi teammate Heather Moyse, made it clear after the Olympics that she would pursue greater inclusivity in bobsleigh.

Currently, the two-woman event is the only one available to female bobsledders in World Cup and Olympic competition, where male athletes have two and four-man races. A fewer number of female bobsledders contributes to this disparity, according to the sport’s international federation, FIBT, which Humphries believes can change with increased opportunities for women.

“You’re not going to get more girls coming in unless you have more events,” the Canadian said after her Sochi triumph.

Humphries did manage to find her way to a podium in the women’s race on Saturday prior to her four-man debut. A “hectic” week switching between the different sleds caused Humphries to have a difficult start, leaving the Canada-1 sled out of medals early. The Olympic champion with brakeman Kate O’Brien pushed hard to a third place finish with a total time of 1:52.65 after the second run. 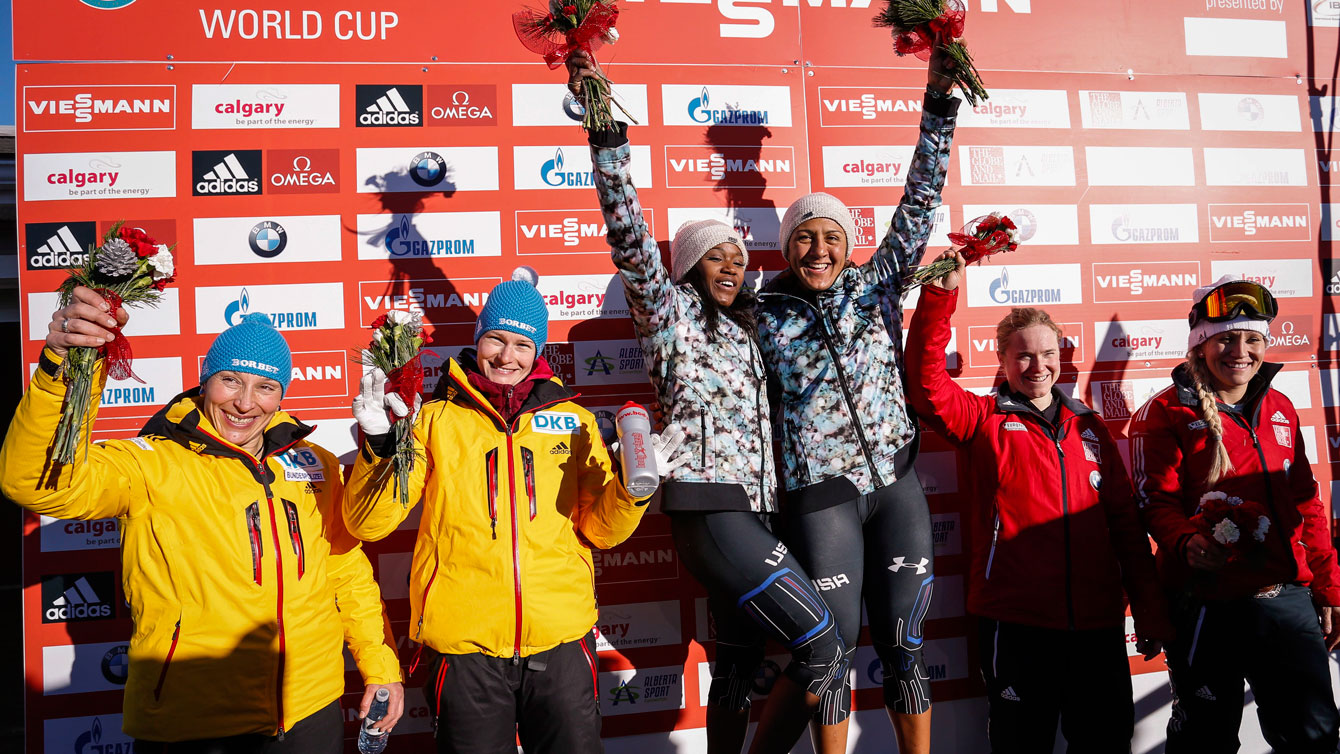 O’Brien stands next to Humphries (right side of podium) after her first World Cup bronze medal in bobsleigh.

Meyers Taylor and Cherrelle Garrett took the women’s title with 1:51.76.

Switching between the two and four-man sleds requires a few adjustments. Humphries will be learning on the job while trying to make her sport bigger and more inclusive. The next World Cup is in Altenberg, Germany from January 9-11.