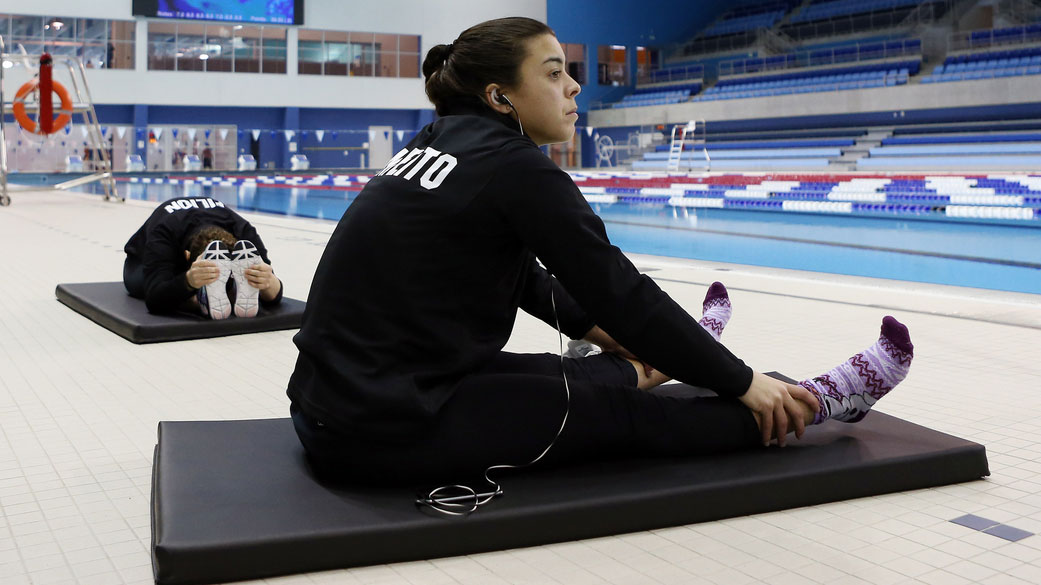 Canadian divers ended their first FINA Diving World Series event of the season with a total of five medals in Beijing, where Meaghan Benfeito won three.

Two more trips to the podium for Benfeito on Sunday ensured the three-day tally. Her first of two medals on the day came in the women’s 10-metre platform. Benfeito’s 393.45 score was behind Chinese divers Liu Huixia (423.10) and Chen Ruolin (398.9). It was Benfeito’s second bronze medal of the weekend, the first coming on Friday in the 10m synchro with Roseline Filion (story below).

The third medal for Benfeito arrived in the mixed 10m synchro with Vincent Riendeau, this time a second place outcome for silver. The duo’s 330.06 score was beaten by Lian Jie and Tai Xiaohu of China (350.04) but edged out Mexico’s Paola Espinosa and Jahir Ocampo (320.46).

Next weekend the divers continue the World Series with a new competition slate in Dubai.

Canada’s divers made two more trips to the podium on Saturday to bring their medal total to three in Beijing, where the opening events of the FINA Diving World Series this season is being contested.

Abel did get on the podium in the first mixed synchro event, with male teammate Fraoncois Imbeau-Dulac. The Canadians won a silver sandwiched between the Chinese and Mexican teams. The medals come a day after a bronze in the women’s 3m synchro.

Meaghan Benfeito and Roseline Filion have won the bronze medal in the women’s 10m synchro event at the first stop of the FINA Diving World Series in Beijing. 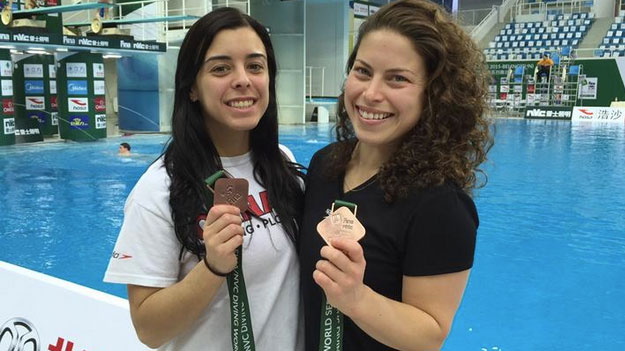 Meaghan Benfeito and Roseline Filion with their medals in Beijing (photo via @Aaron_Dziver on Twitter).

World bronze medallists Jennifer Abel and Pamela Ware were fifth in the 3m synchro event. Canada also had entries in both men’s events, with Philippe Gagné and Vincent Riendeau placing sixth in 10m synchro while Gagné teamed with François Imbeau-Dulac for seventh place in the 3m synchro.

Still ahead this weekend are the individual 3m and 10m events. The World Series is diving’s exclusive competition circuit, inviting internationally recognized divers that mostly includes Olympic, World Championship and World Cup medallists. The World Series continues next weekend in Dubai. The Canadian stop is May 22-24 in Windsor, Ontario.