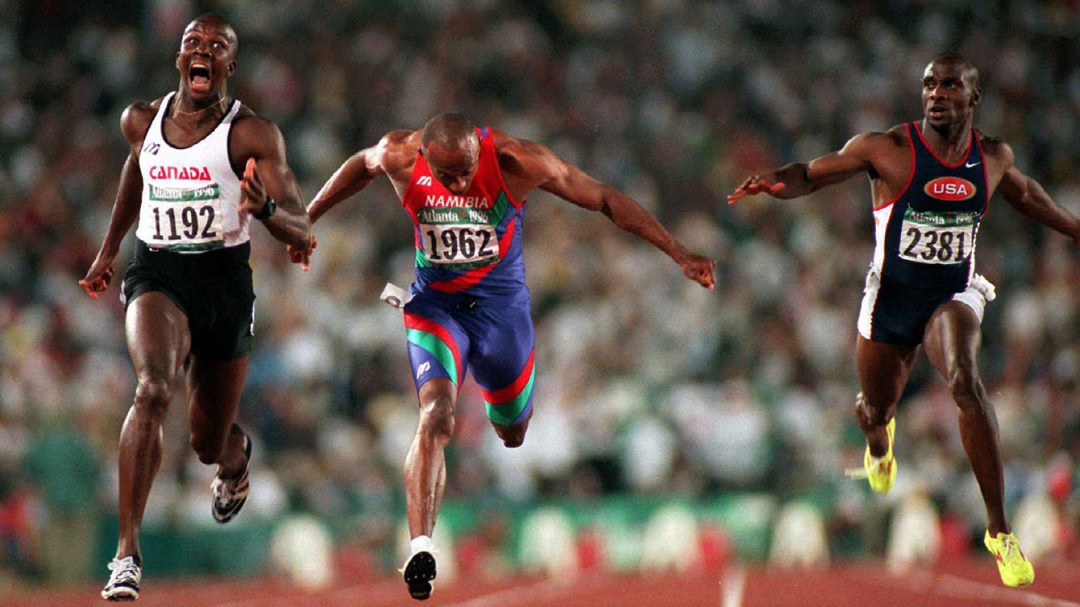 How an Olympic sprinter can run faster than 40 km/h

We know you can’t teach speed, but you can improve it. How does a naturally fast kid become an Olympic sprinter?
What is important might surprise you.

The expert: Ryan Brodie is a sport biomechanist (MSc) for the Canadian Sport Institute. He works with runners, swimmers, and rowers to help make every cyclical movement more efficient and powerful.

The ABCs of speed

The determinants of running velocity are: 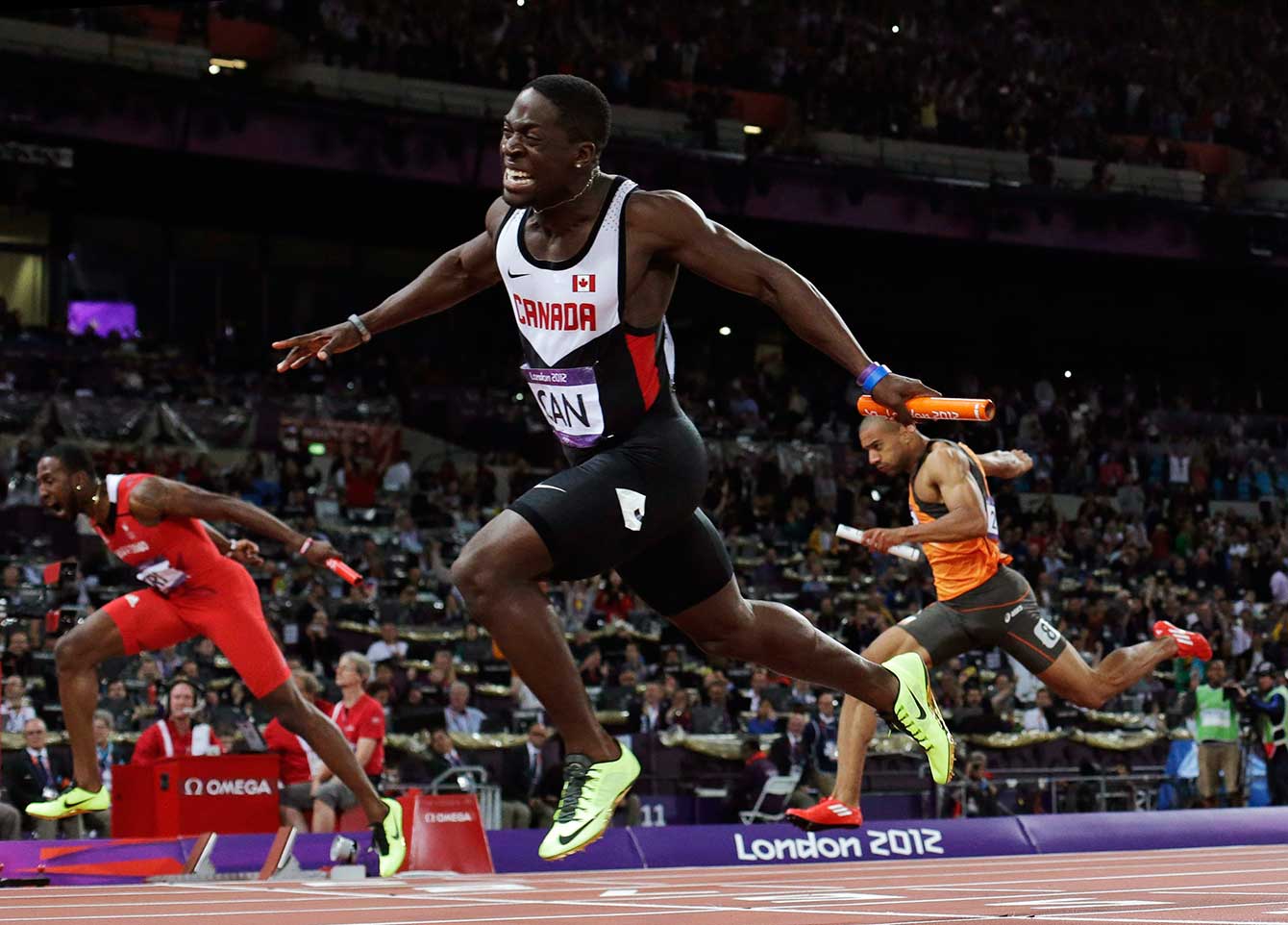 The most important? Ground contact time, says Brodie, “The whole idea with sprinting in general is you’re looking to produce as much force as you can in as little a time as possible when you’re on the ground. That’s the only time you’re actually moving your body.”

The two-footed start launches into the first 3-4 crucial steps to 70% of max. velocity.
The next 7-12 strides bring the sprinter fully upright and roughly one-third into the race.
Max. velocity is achieved between 60m and 80m, (Usain Bolt’s WR max. average speed was 44.72 km/h)
Maintain to the finish. About 45 steps.

Why Olympic sprinters are so fast

Brodie says “(It’s) your ability, not necessarily to have your legs move faster, but to have that ground contact time be as minimal as possible with the maximal force generation.”

An Olympic sprinter is likely very quick-footed, so training can help apply greater force during ground contact. The type of force a sprinter puts into the ground is very unique. Some of it goes straight down into the track (influenced by gravity) but the more useful force is in the rearward direction, along a horizontal plane.

According to Brodie, gym strength helps, but many common lifting patterns help with the first type of force, simply up and down. Olympic sprinters must become adept at pushing force backwards, and themselves forward. This is where strength and conditioning coaches must become creative, trying to mimic the sprinting motion in the gym because the athletes can’t always be out on the track.

How is Usain Bolt so fast? 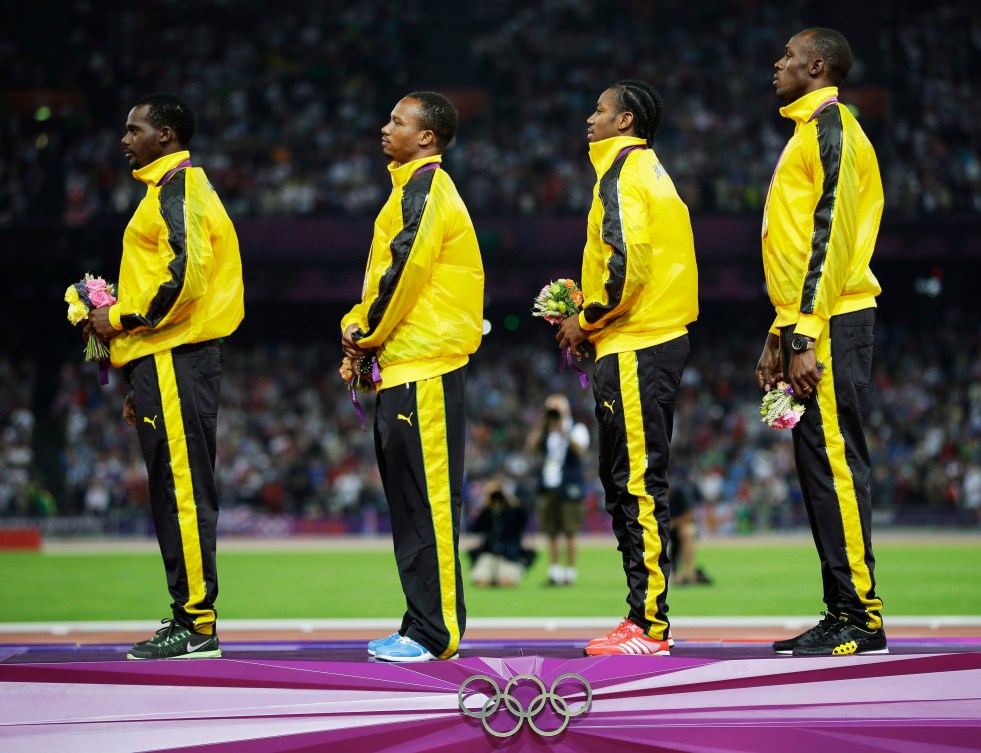 But if you read the above you’ll know that since Bolt’s ground contact time is amazing and the force he creates is world class, his longer legs actually help, giving him a ridiculous stride length.

Where genetics plays a further role is how Bolt’s tendon and joint stiffness store energy and release it into the track in an elastic sense. This frees up energy for Bolt to put into his next stride, which by all accounts is technically very sound.

From a velocity perspective, according to this breakdown, Bolt achieves his pack-leading maximum velocity sooner, and maintains it longer, (slows down less). 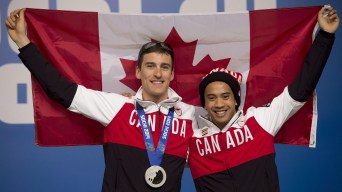 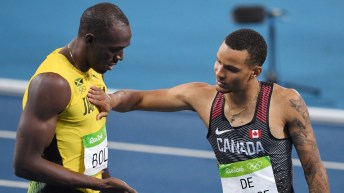 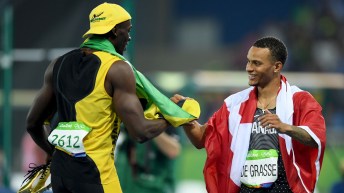