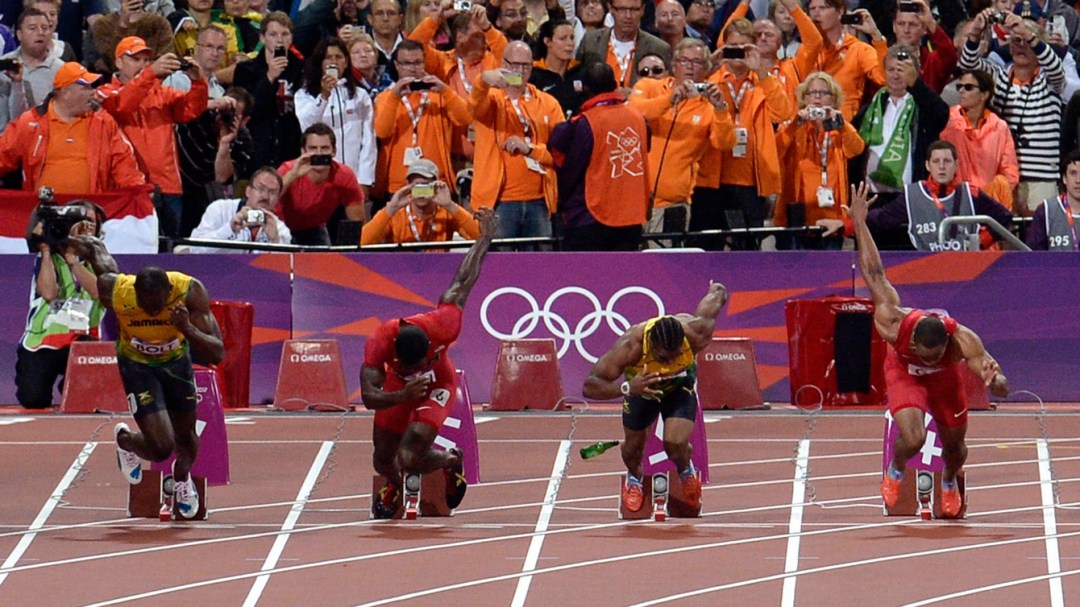 So you want to run fast. Maybe set a world record. Well, it’ll take more than pure athletic ability. You’ll need the right track, the right weather conditions and often the adrenaline that comes with racing in a major event. 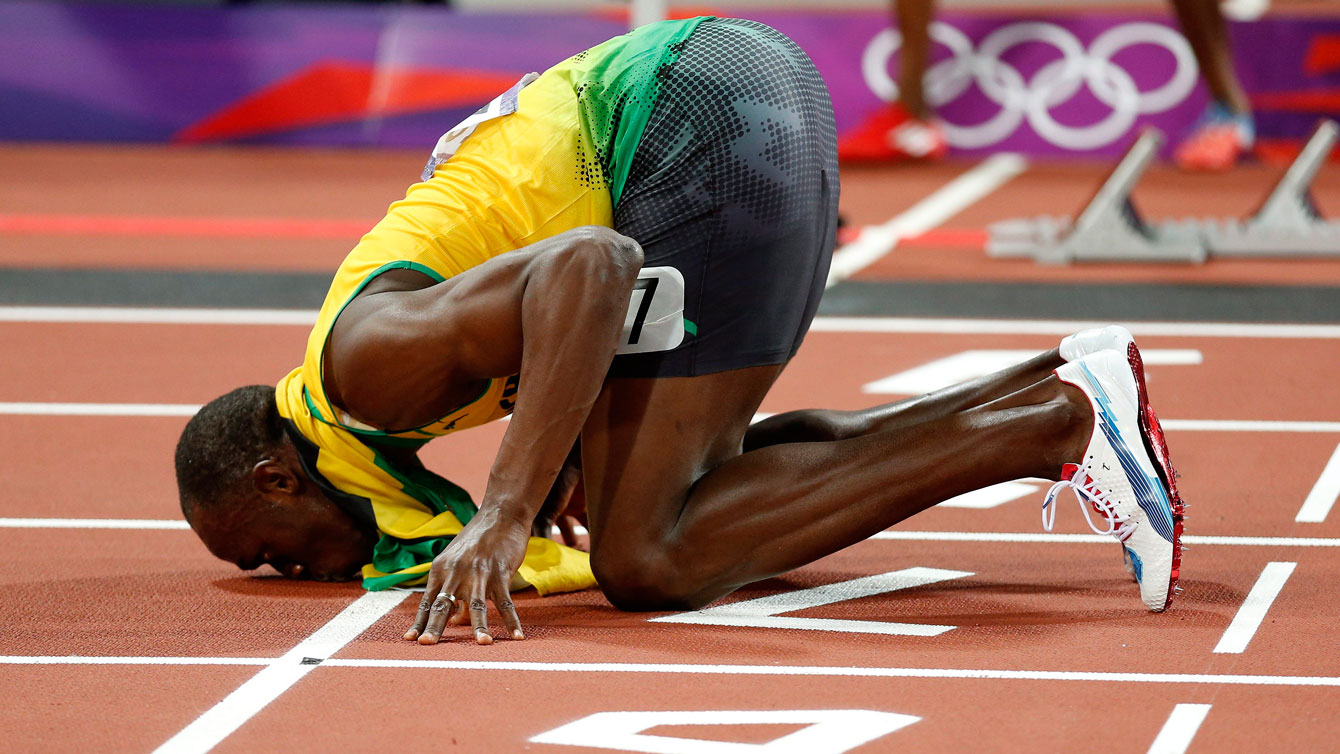 Usain Bolt kisses the track at London 2012 and with good reason. This track was very hospitable to sprinters.

Technology certainly helps. The Olympic Stadium track featured a special underlay that increased the track’s reaction to lateral movement and rebounded more energy from the sideways motion of the athletes’ feet. This was an improvement upon the Bird’s Nest track at Beijing 2008 which was already made to react to the forwards and backwards motion of the feet. The surface of the London track was also softer than that in Beijing, increasing its ability to drive energy back into the feet.

Stadium architecture can also come into play. The partial roof of the London Olympic Stadium was designed to minimize wind on the track.

If you have to deal with wind, hope that it’s coming from behind which can go a long way to reduce atmospheric drag. World records are allowed to be set with a maximum tail wind of 2.0 metres per second. 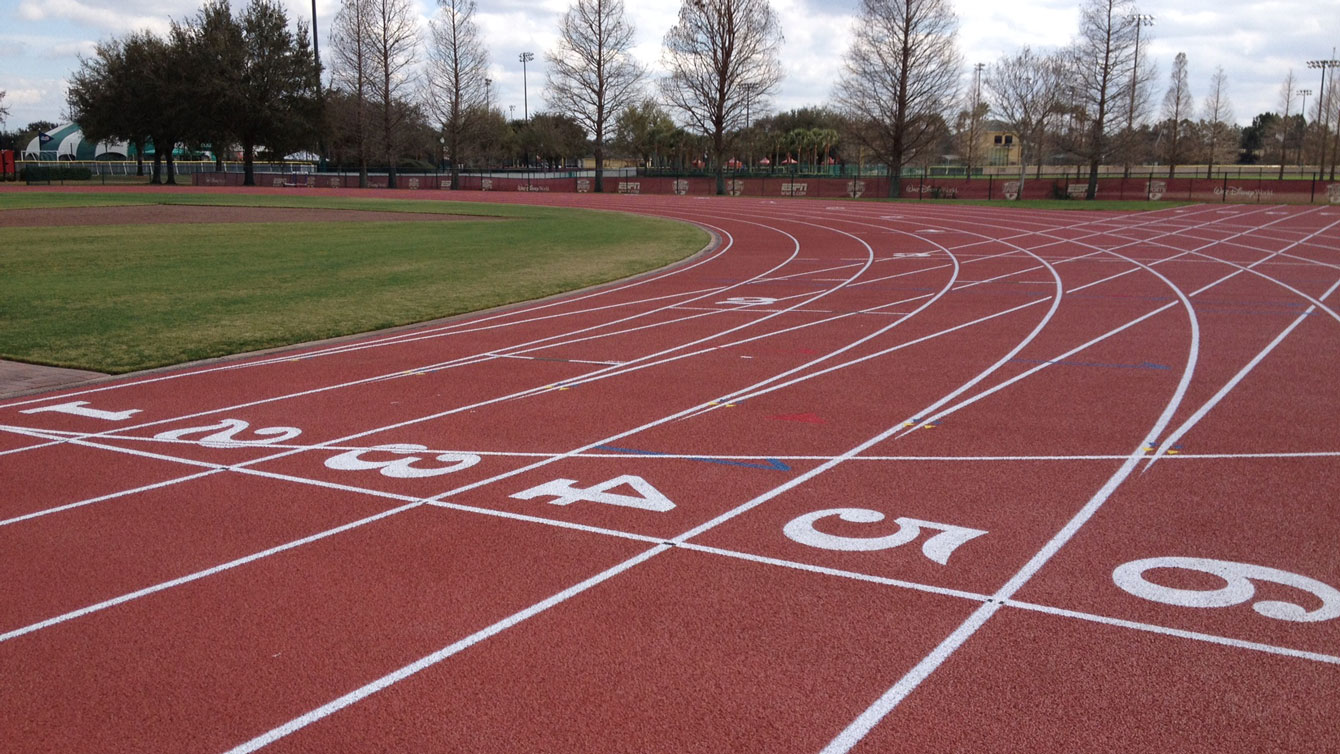 The track at the Disney Sports Complex near Orlando, Florida where the likes of U.S. 110-metre hurdler and World Champion David Oliver trains.

And all sprinters hope for a hot day. The warmer the temperature, the thinner the air and the fewer molecules get in the way of the athletes.

Taking a look at recent world-leading times in the sprint events excluding hurdles (100m, 200m, 4x100m relay), it’s not hard to see the weather pattern as well as the intangible of competing in a meet that really matters at the right time of year. They’ve also taken place in a few notable venues. Side note: while most of the men’s top marks have been set in the last decade, very few women’s records have occurred in that time (as an example, only four of the top 50 200m times have been set in the 2000s). 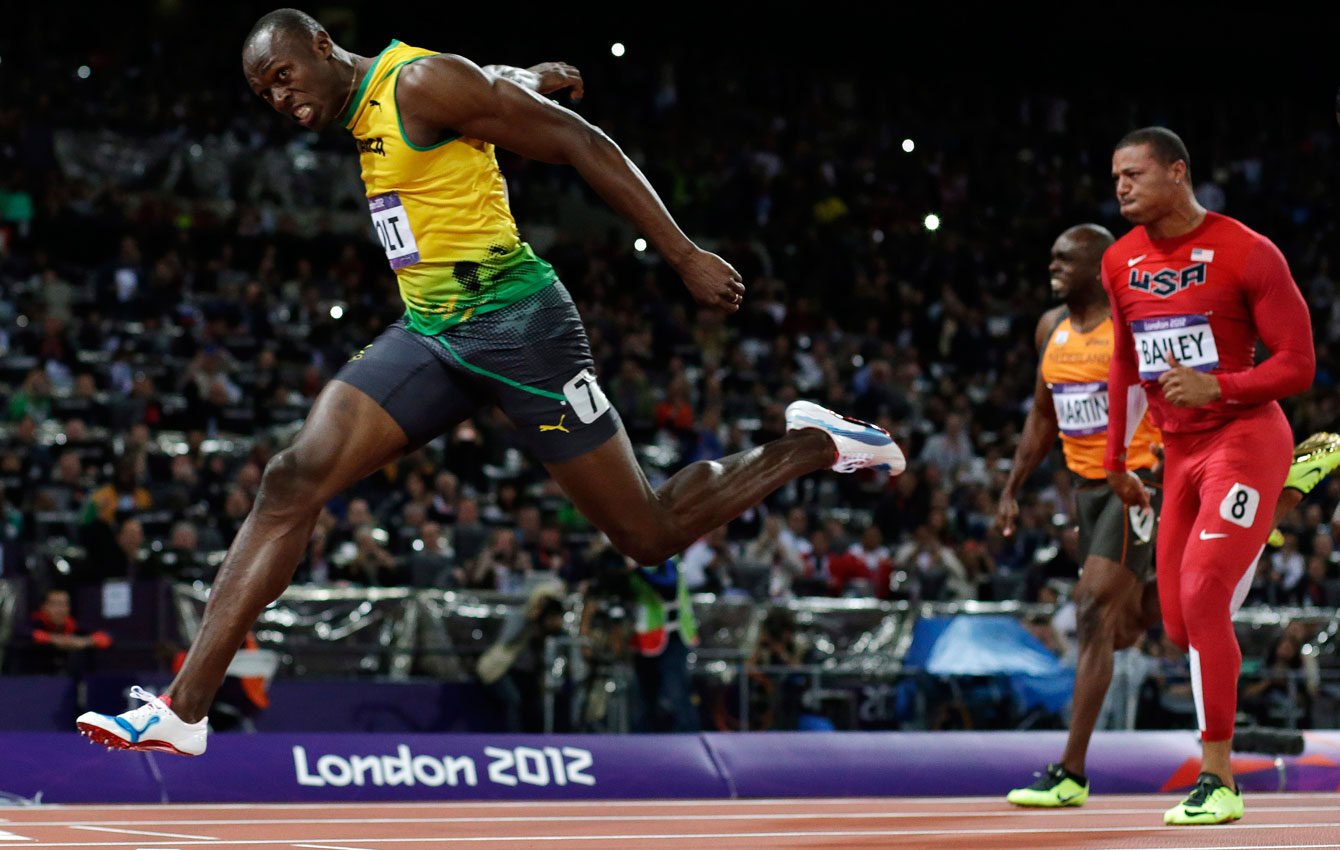 Usain Bolt crosses the finish line at London 2012 in the 100m at 9.63 seconds, the second fastest mark of all time. 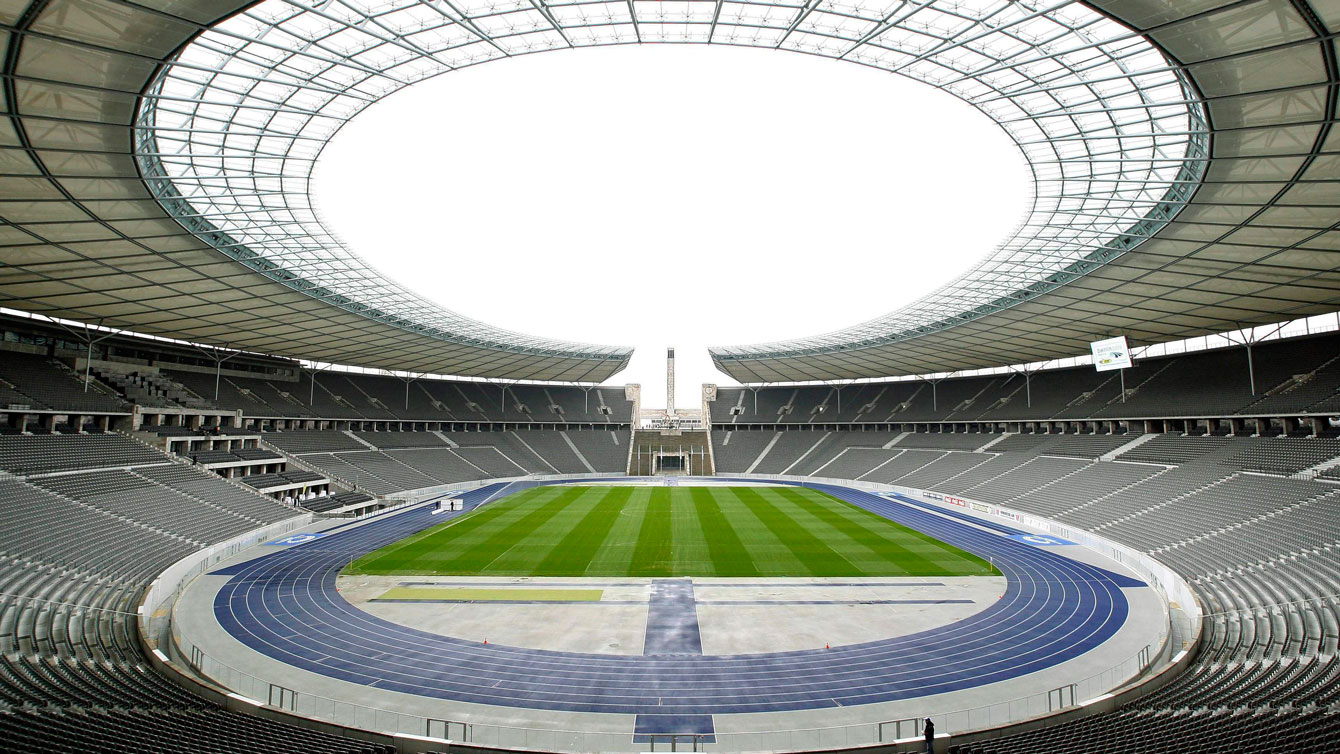 Berlin Olympiastadion, home of the 2009 IAAF World Track and Field Championships where the fastest 100m and 200m times in history were recorded.

Games of the XXIX Olympiad 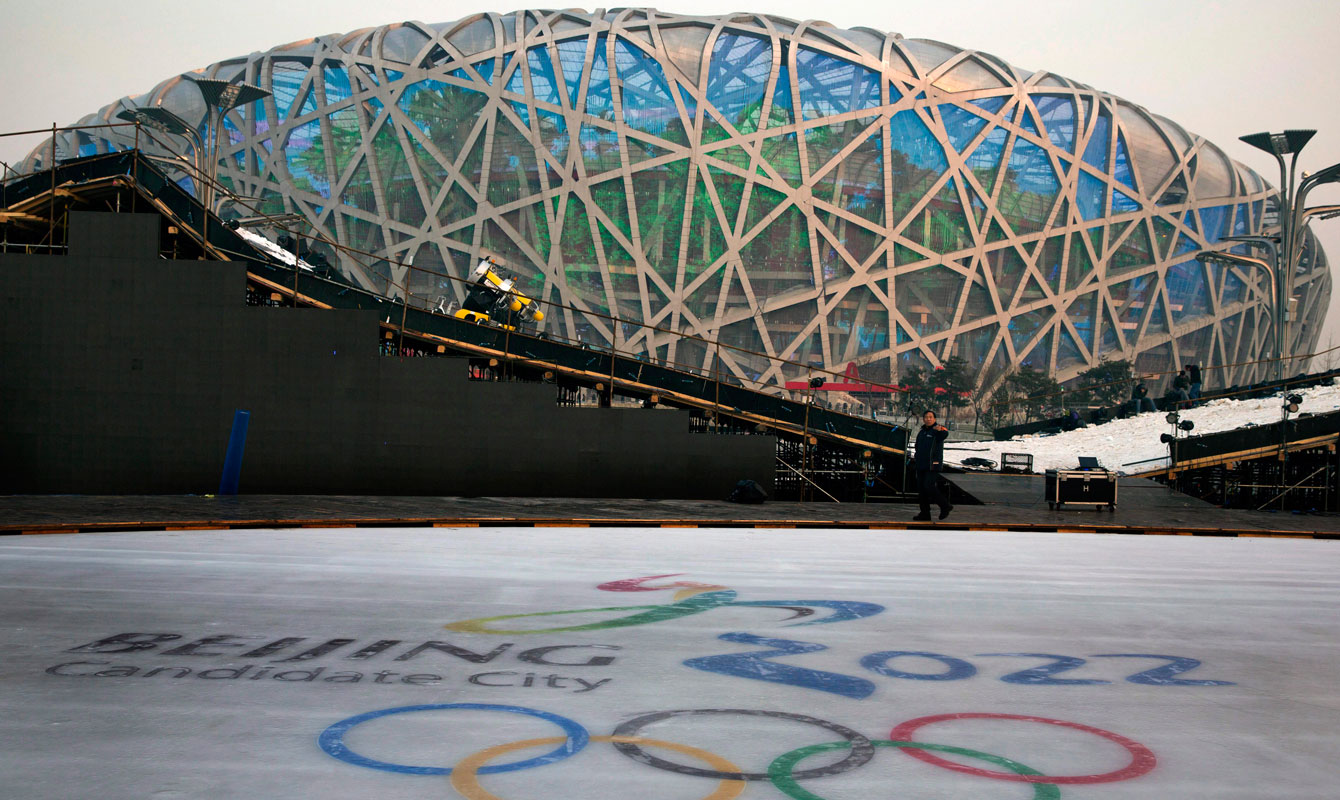 The “Bird’s Nest” in Beijing where Usain Bolt and Jamaica shifted the balance of power in global sprinting, complemented by a fast track. 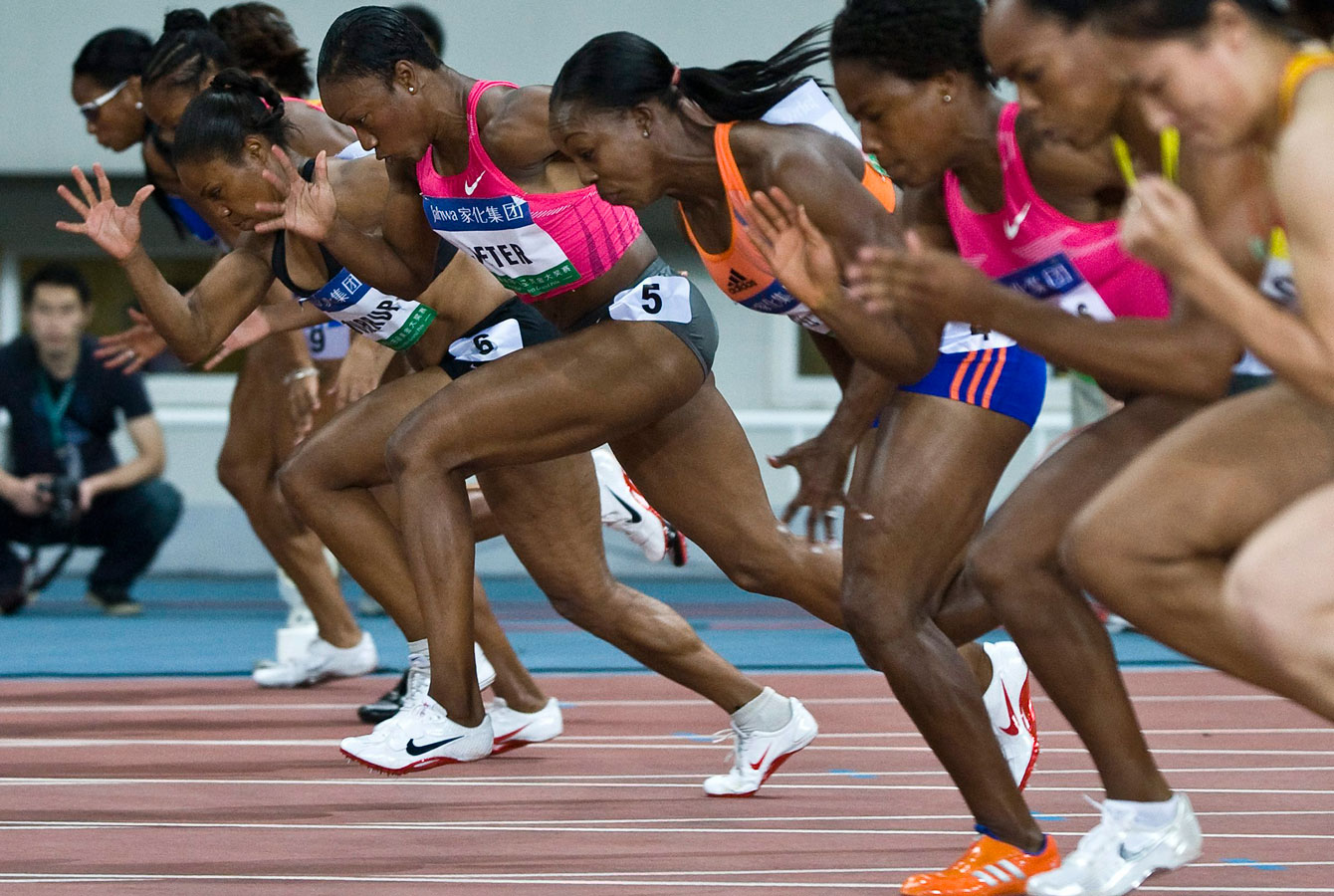 Carmelita Jeter (5) powers her way to the women’s 100-metre title in Shanghai. 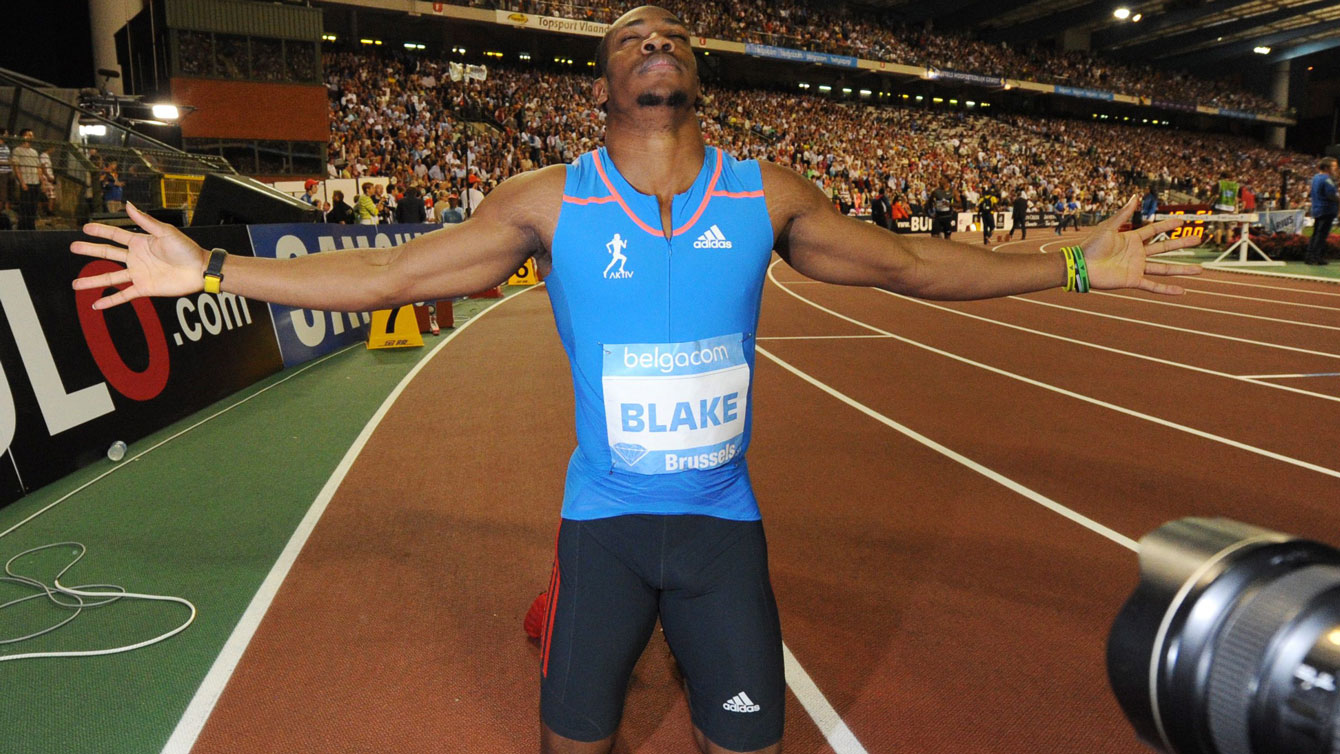 Yohan Blake in Brussels after running the second fastest 200m of all time in 2011. 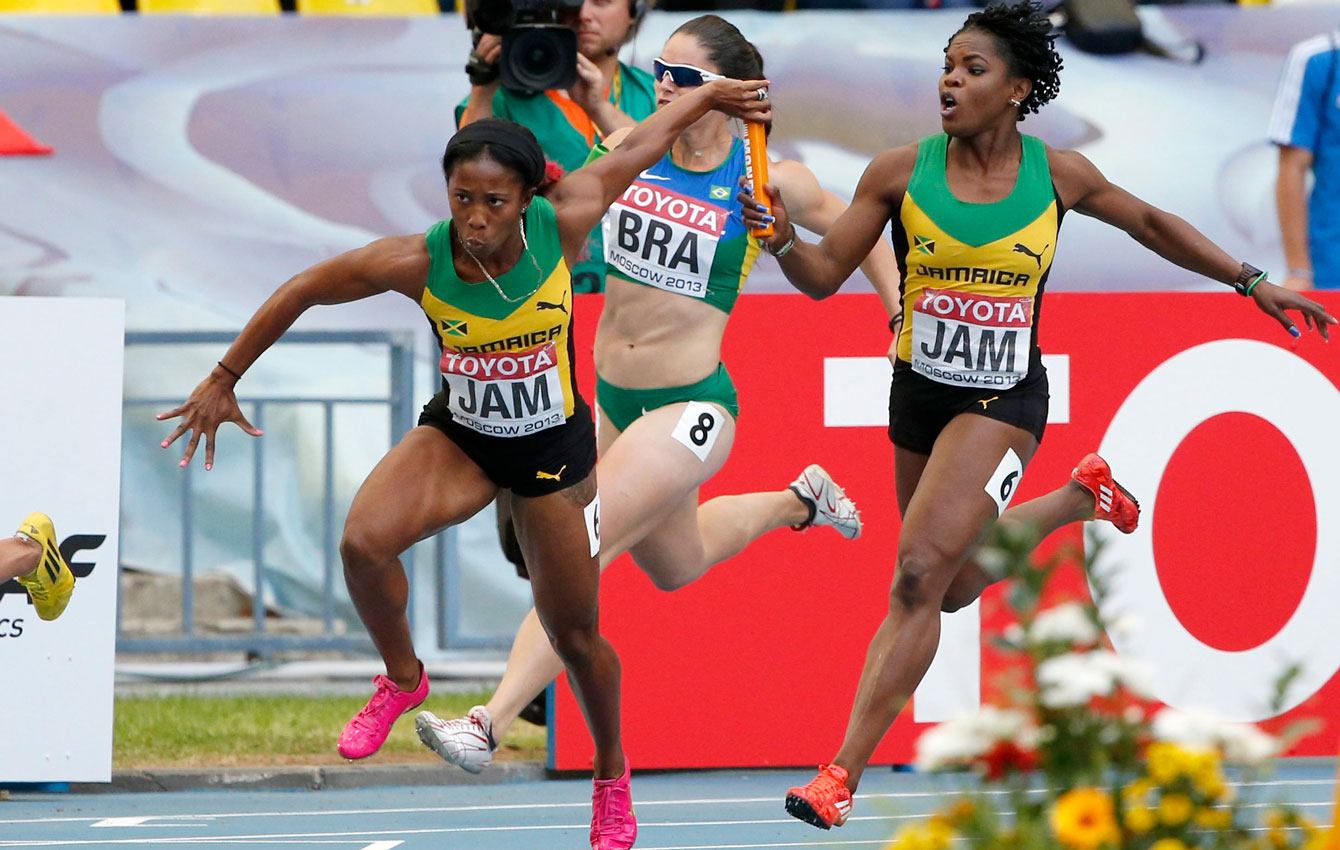 Shelly-Ann Fraser-Pryce takes the baton for the final leg of the women’s 4x100m relay at Moscow 2013.