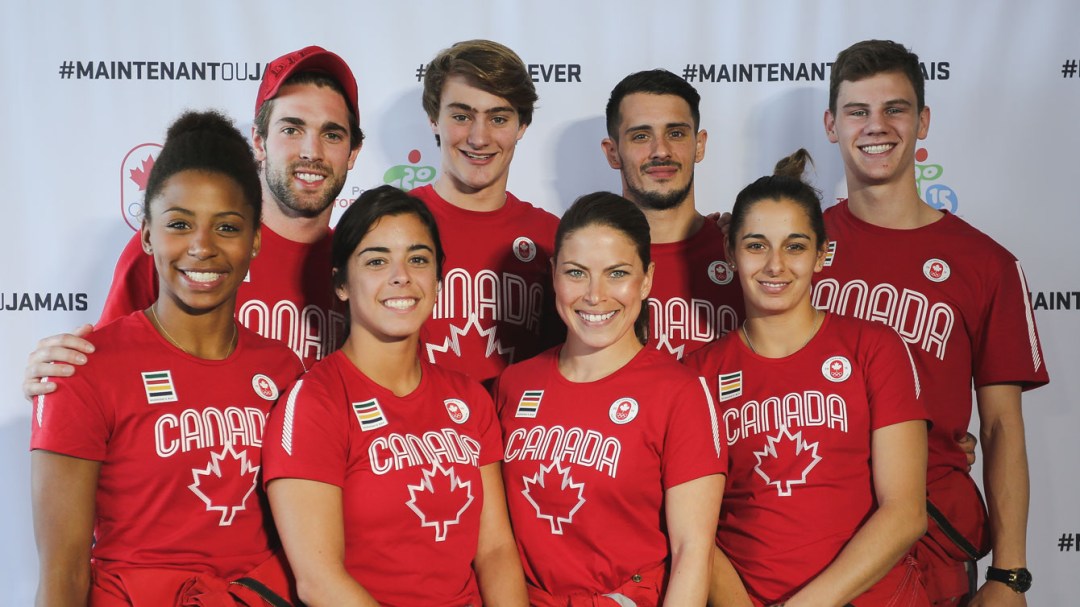 The team was announced at the CN Tower in Toronto, shortly after the diving daredevils took the famous EdgeWalk, where visitors can walk around the city’s most iconic landmark on a 1.5-metre ledge, a dizzying 356 metres above ground (scroll below for video). 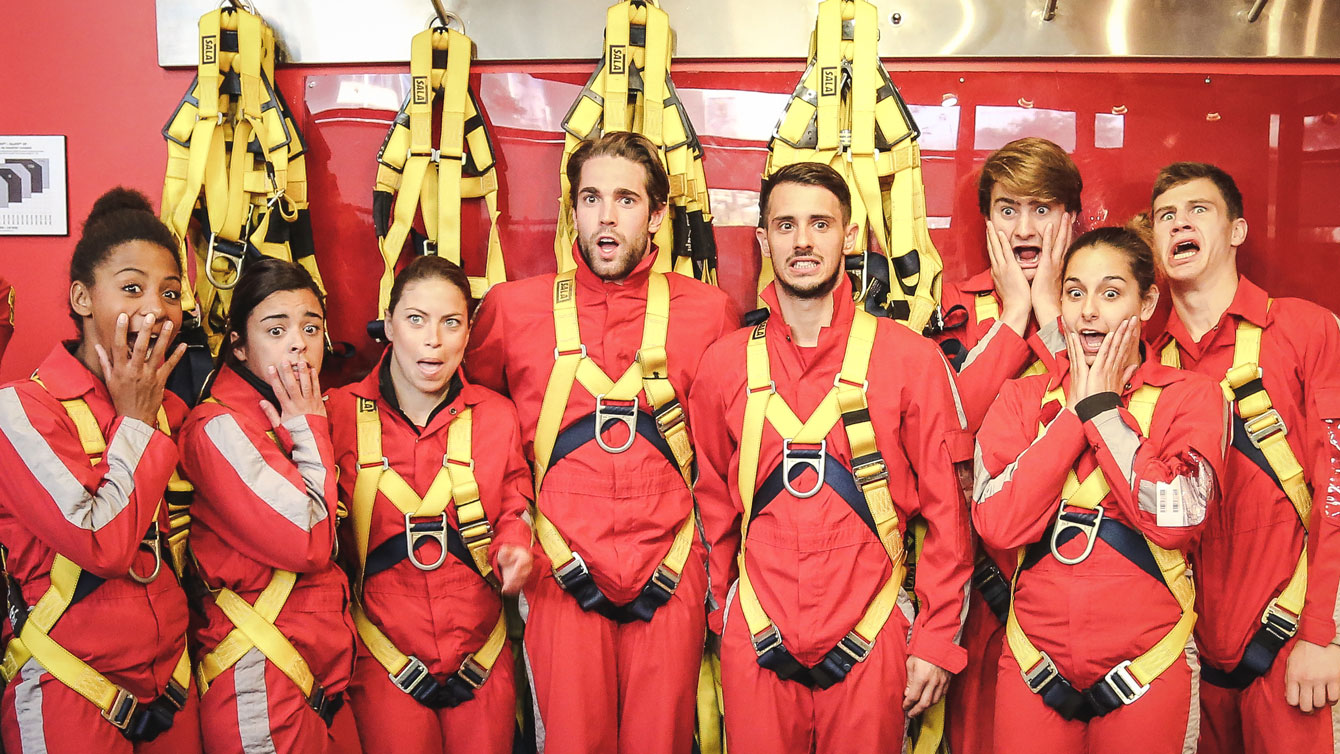 Canadian divers before the EdgeWalk at the CN Tower on June 2, 2015 (Alexandra Fernando).

With a combined total of 70 medals at Olympic and international events, it’s no wonder veteran divers Roseline Filion, Jennifer Abel, Meaghan Benfeito and Pamela Ware are called the ‘Fab IV.’ This female super squad splashed their way onto the competitive scene in the last few years, racking up medals at the FINA competitions and beyond. London 2012 bronze medallists Abel, Filion, and Benfeito also stood on the podium at the 2011 Pan Am Games in Guadalajara. 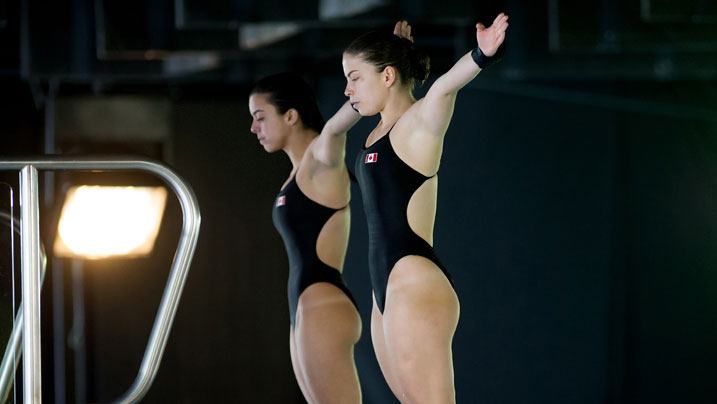 Expected as strong medal contenders, Canadian divers brought in 36 medals over the 2015 season at FINA-sanctioned events including eight gold (along with 16 silver, 12 bronze). The Mexican, U.S., Cuban, Brazilian, and Colombian divers will be the main competition for the men. The Mexico and U.S. teams will look to challenge the Fab IV as well.

The event will kick off July 10 in Scarborough at the Pan Am Aquatics Centre and last until July 18. There will be eight events, including both men and women’s 3m springboard, 10m platform, and synchro events for both heights. 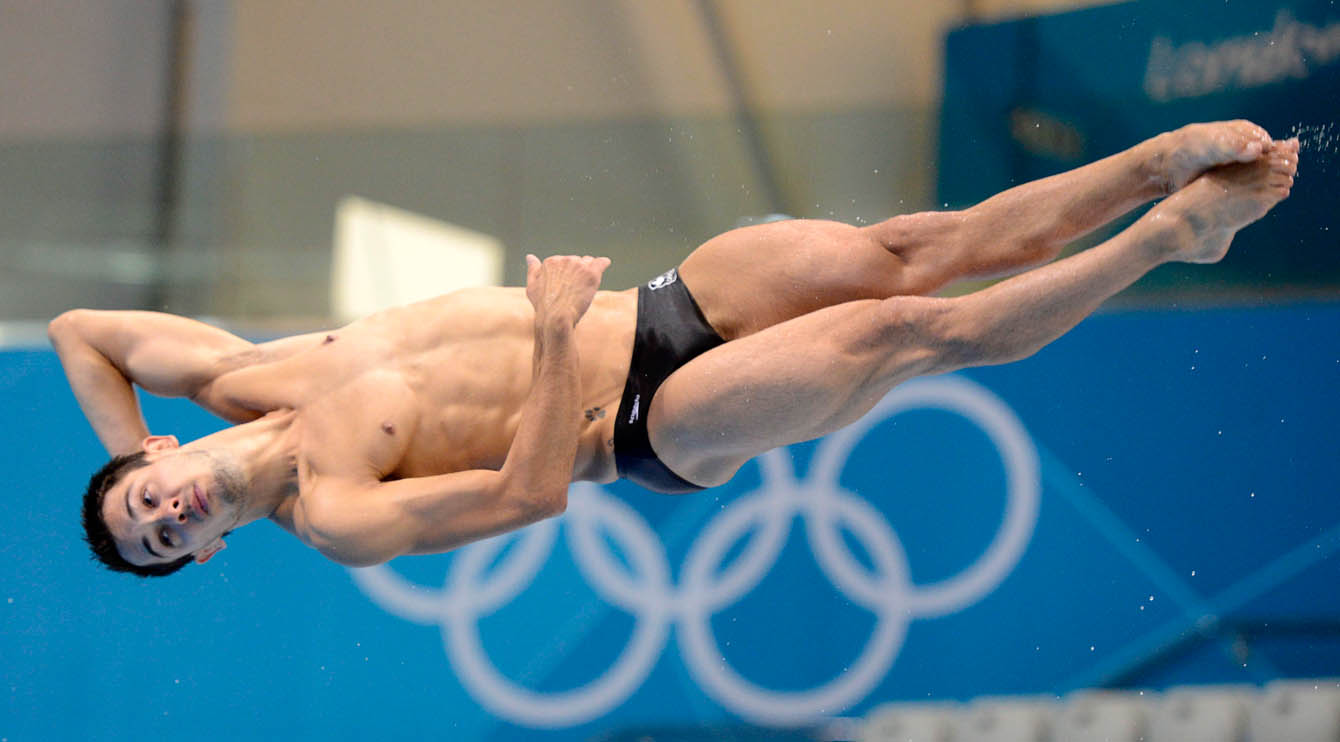 Canadian divers took four medals at Guadalajara 2011, including two each of silver and bronze. Mexico led the medals table at home in Guadalajara, something the Canadian athletes will aim to emulate in Toronto.