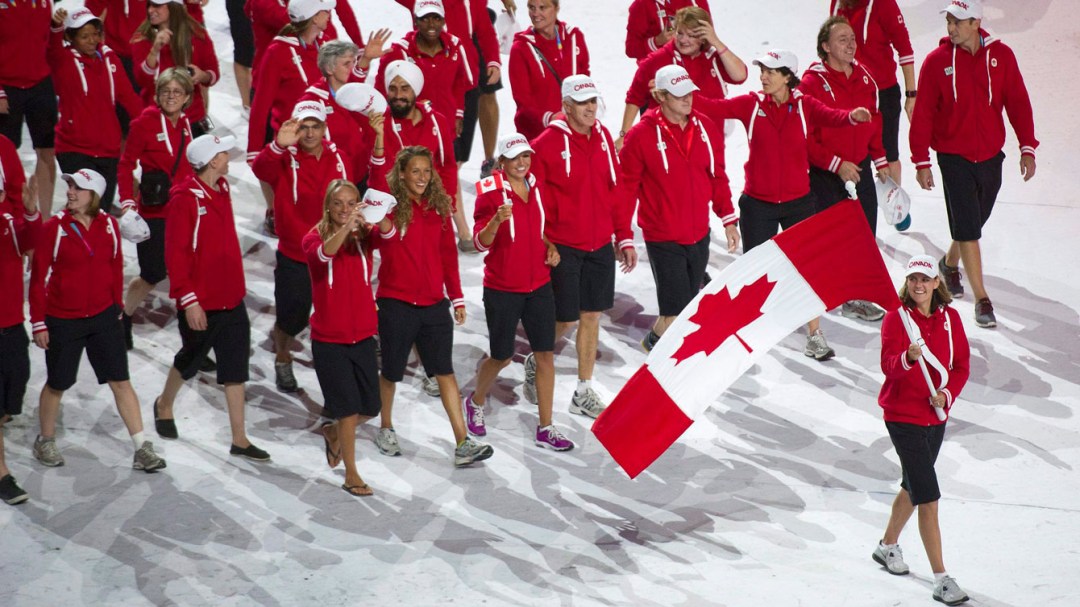 On Canada Day the country learned Mark Oldershaw will be the Toronto 2015 Pan American Games flag bearer for the Opening Ceremony. 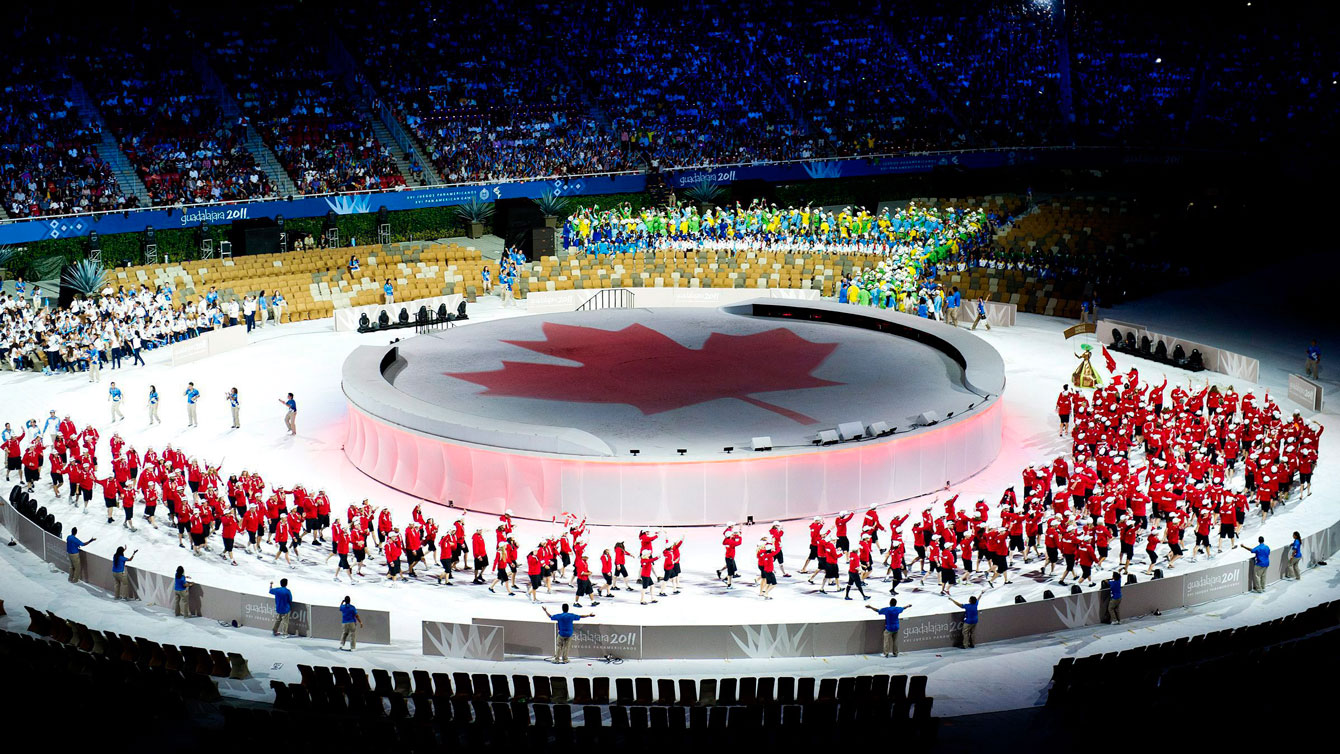 Guadalajara 2011 Opening Ceremony features a spectacular Maple Leaf in the centre as Canadians enter the stadium on October 14, 2011.

The Olympic canoeist will lead roughly 721 Canadian athletes (give or take a few away to training or competition venues) out during the Opening Ceremony at the *Pan Am Ceremonies stadium in downtown Toronto.

*This is the stadium where the local Major League Baseball team plays. Venue’s popular name shall be withheld due to sponsorship conflicts. Sports!

The 2015 Team Canada flag bearer will follow some big performers from previous Pan Am Games. Each of the last four Opening Ceremony flag bearers won Pan Am Gold at their respective Games. There is no ‘flag bearer curse’ here. 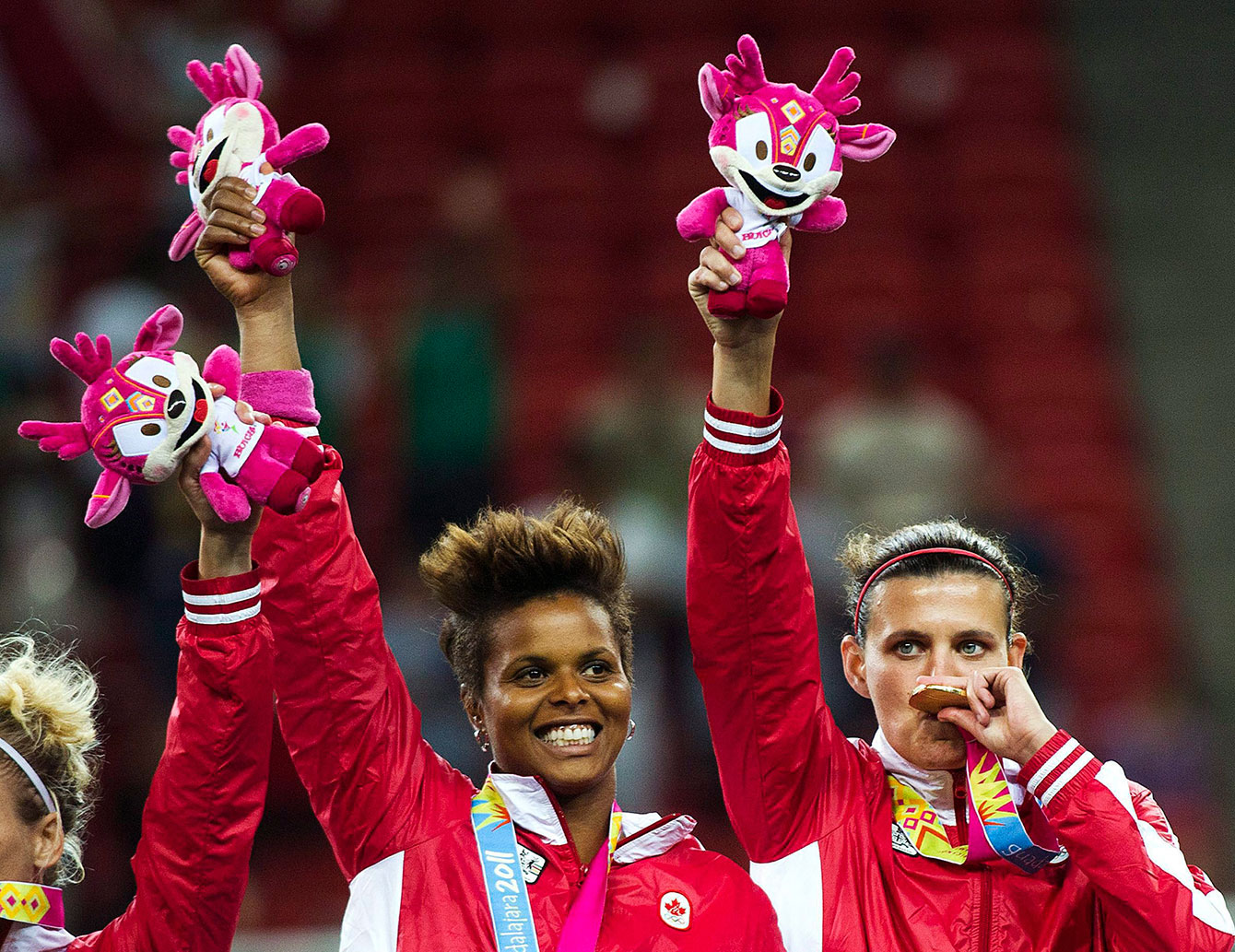 Canada’s top football star Christine Sinclair got the nod four years ago. She then scored two goals and buried her penalty shootout attempt in the gold medal match to lead Canadian women to an unbeaten Pan Am football title in Guadalajara. 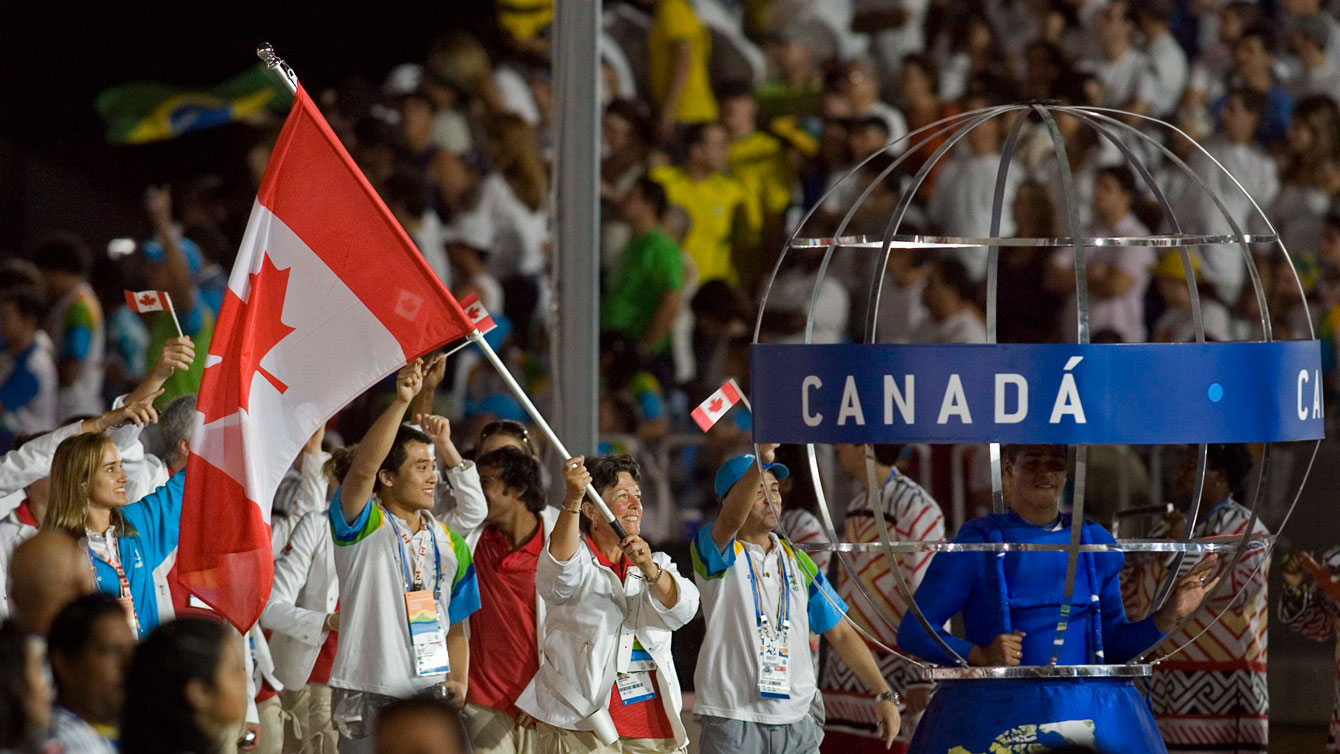 Susan Nattrass carries the Canada flag at Opening Ceremony of the Pan Am Games at Rio 2007.

The Brazilian event in 2007 created much of the momentum for Rio to host the Olympic Games in 2016, where trap shooter Susan Nattrass carried Canada’s flag on Day 1. Nattrass won one of Canada’s two shooting gold medals in Rio. 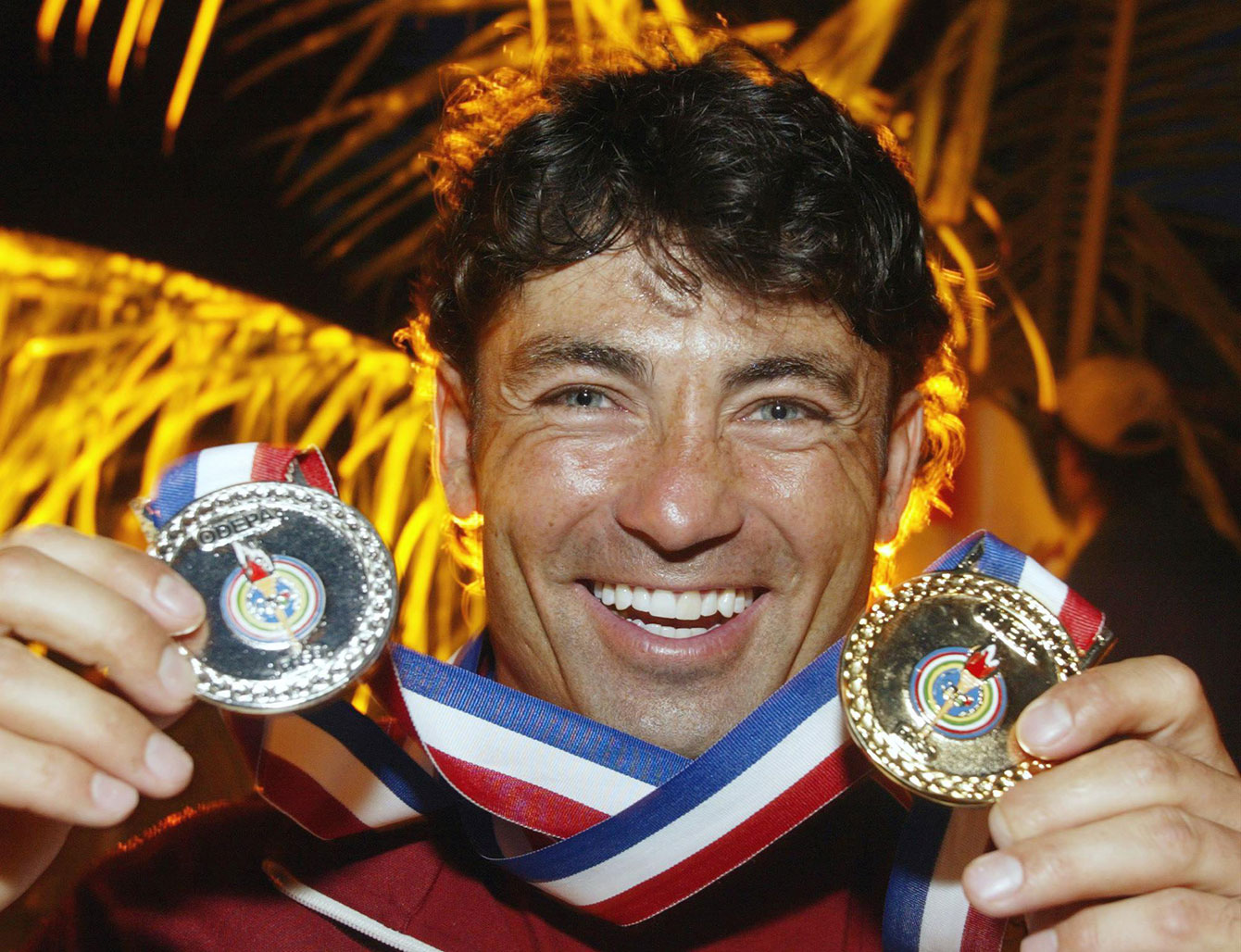 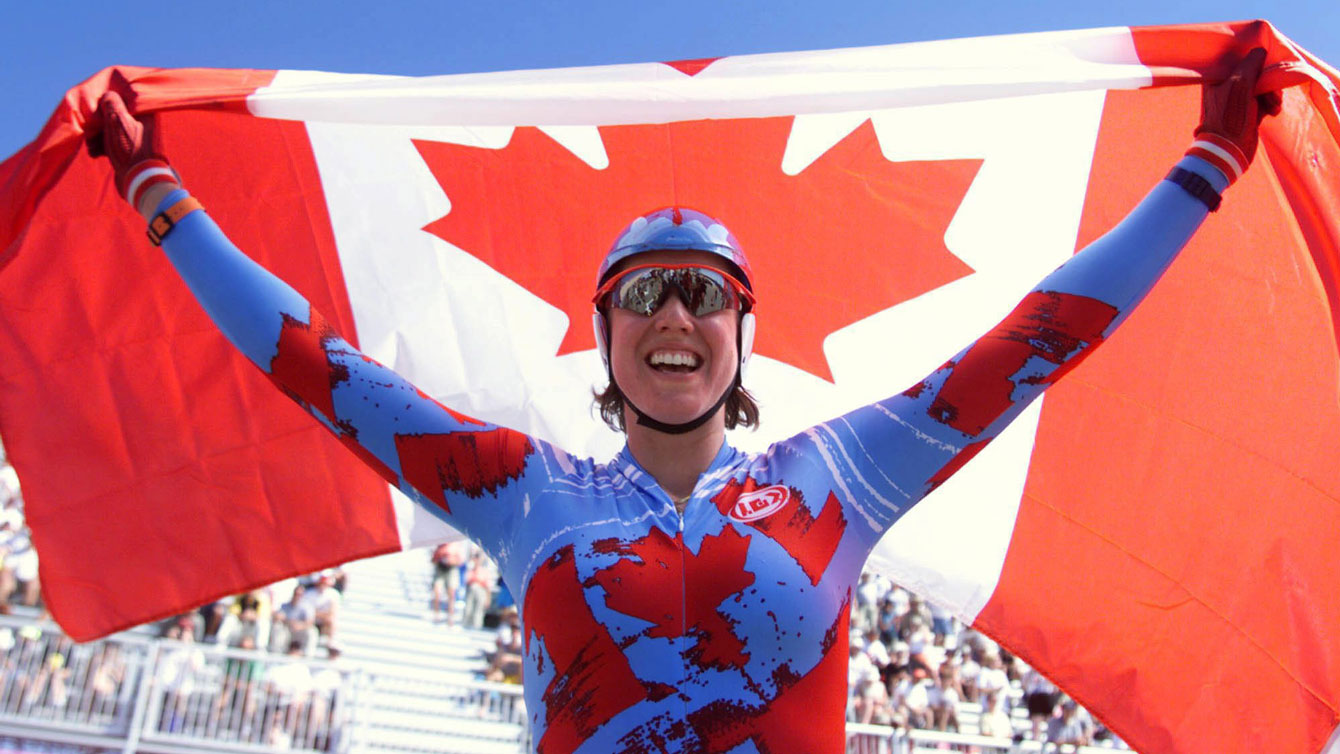 Tanya Dubnicoff celebrates her Pan Am Gold in the time trial at Winnipeg 1999.

Canada won 64 gold medals at its last home Pan Am Games, two of them were by cycling superstar Tanya Dubnicoff. The former sprint World Champion and three-time Olympian was the class of the field in Winnipeg winning sprint and 500-metre time trial gold medals.