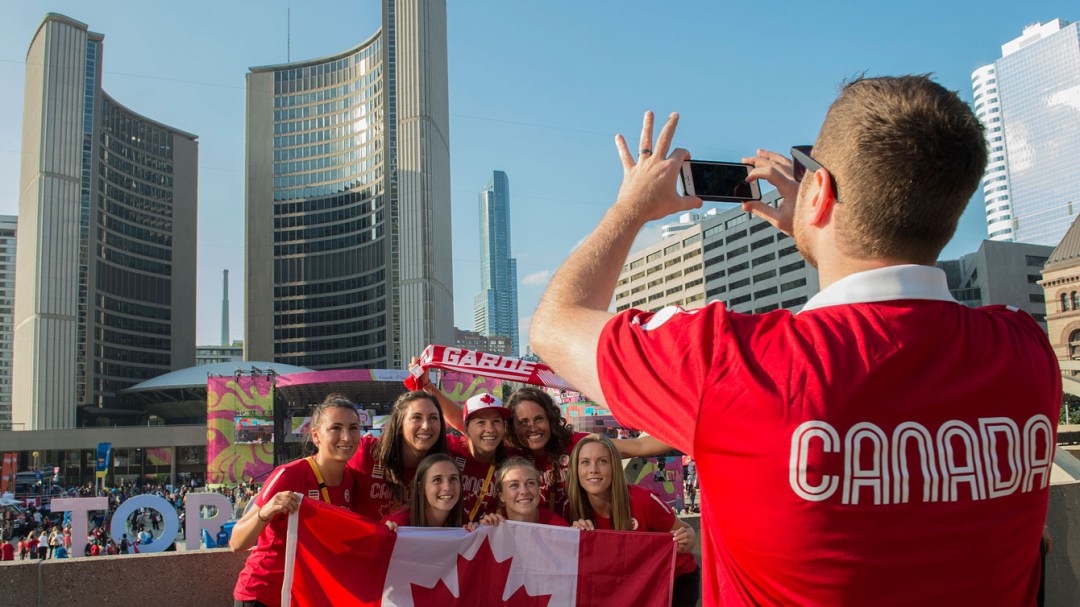 5 brilliant photos on the eve of Pan Am Opening Ceremony

The Toronto 2015 Pan American Games officially begin on July 10 with the Opening Ceremony. On the eve of the Games, Toronto’s Nathan Philipps Square hosted a community celebration.

Our photographer Jason Ransom captured some of the gorgeous sights we can expect to see in the coming days during Canada’s biggest multi-event sports competition in history. 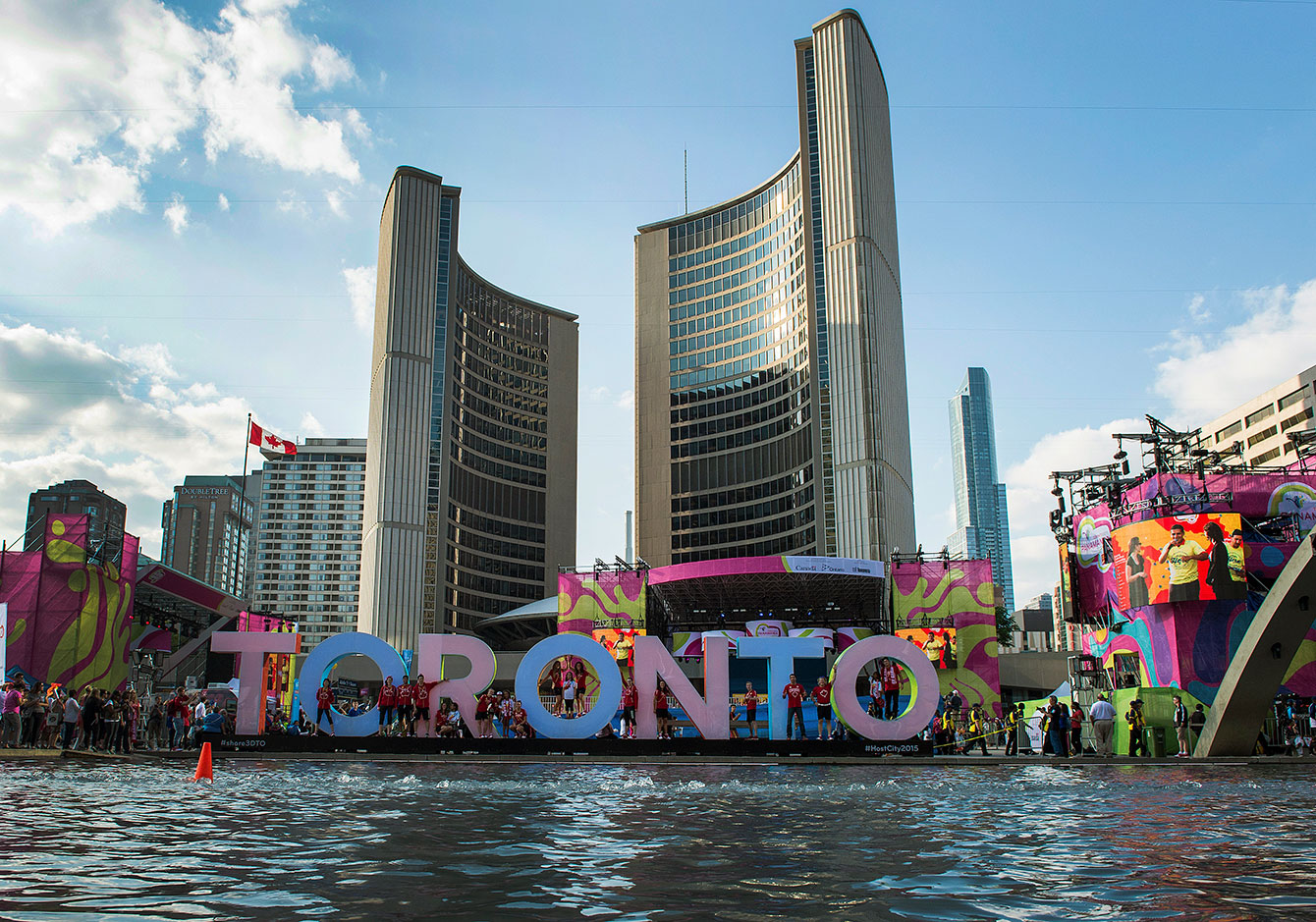 Athletes pose on the newly unveiled “Toronto” sign in front of City Hall at Nathan Phillips Square, where there will be nightly medal celebrations, concerts and parties (Photo: Jason Ransom/COC). 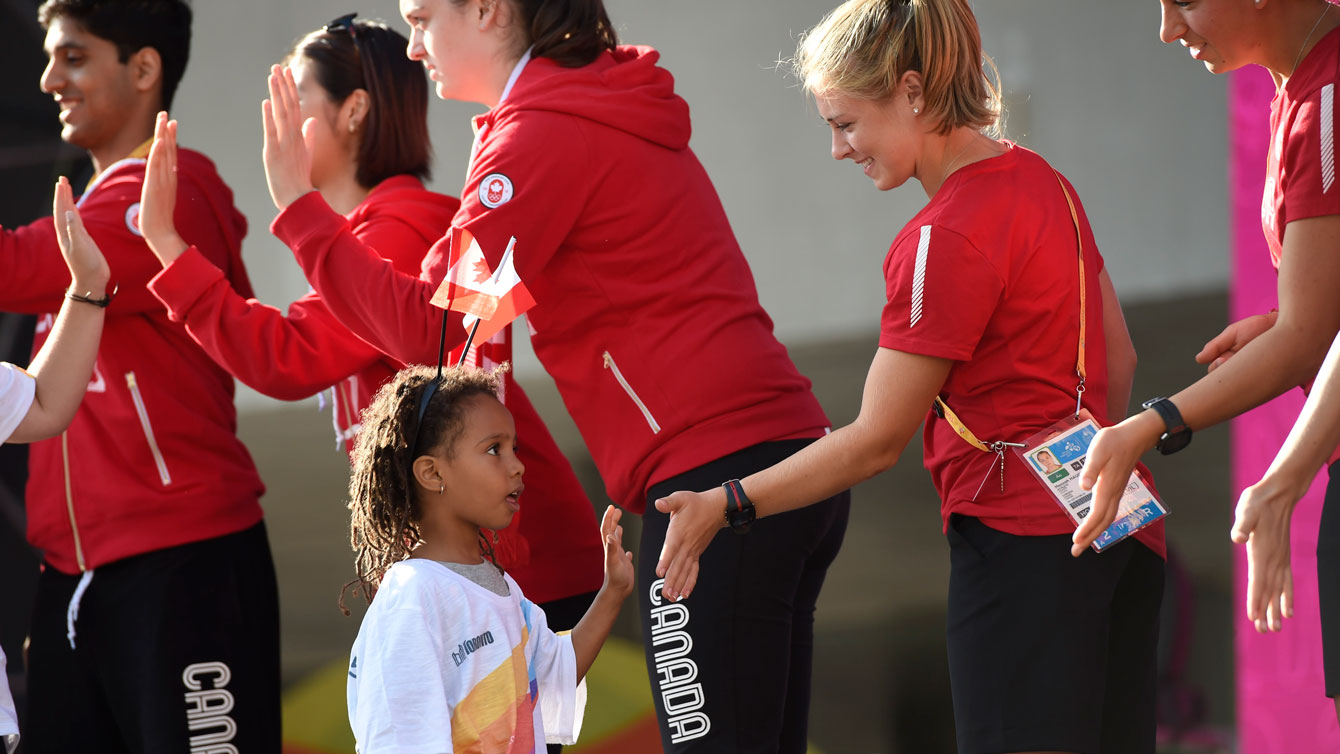 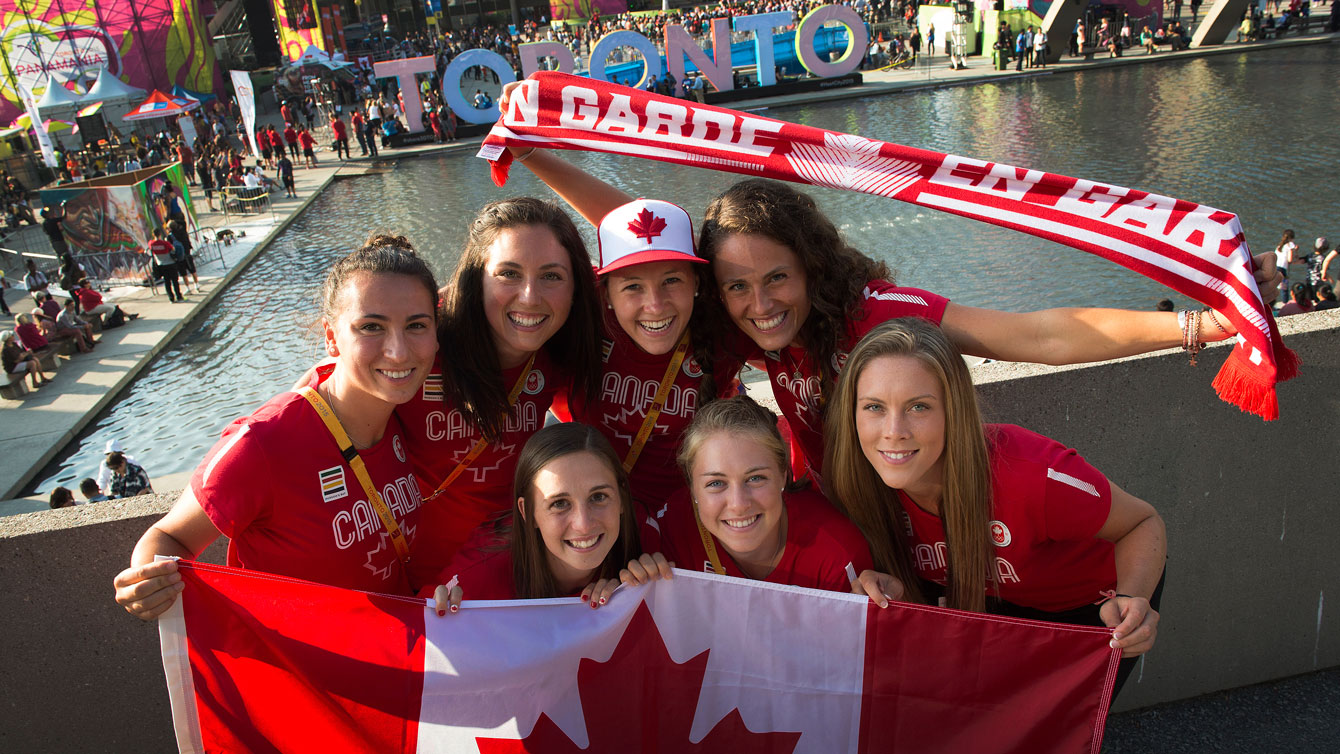 Members of the field hockey team pose with the new Toronto sign in the background on the eve of TO2015 Pan American Games (Photo: Jason Ransom/COC). 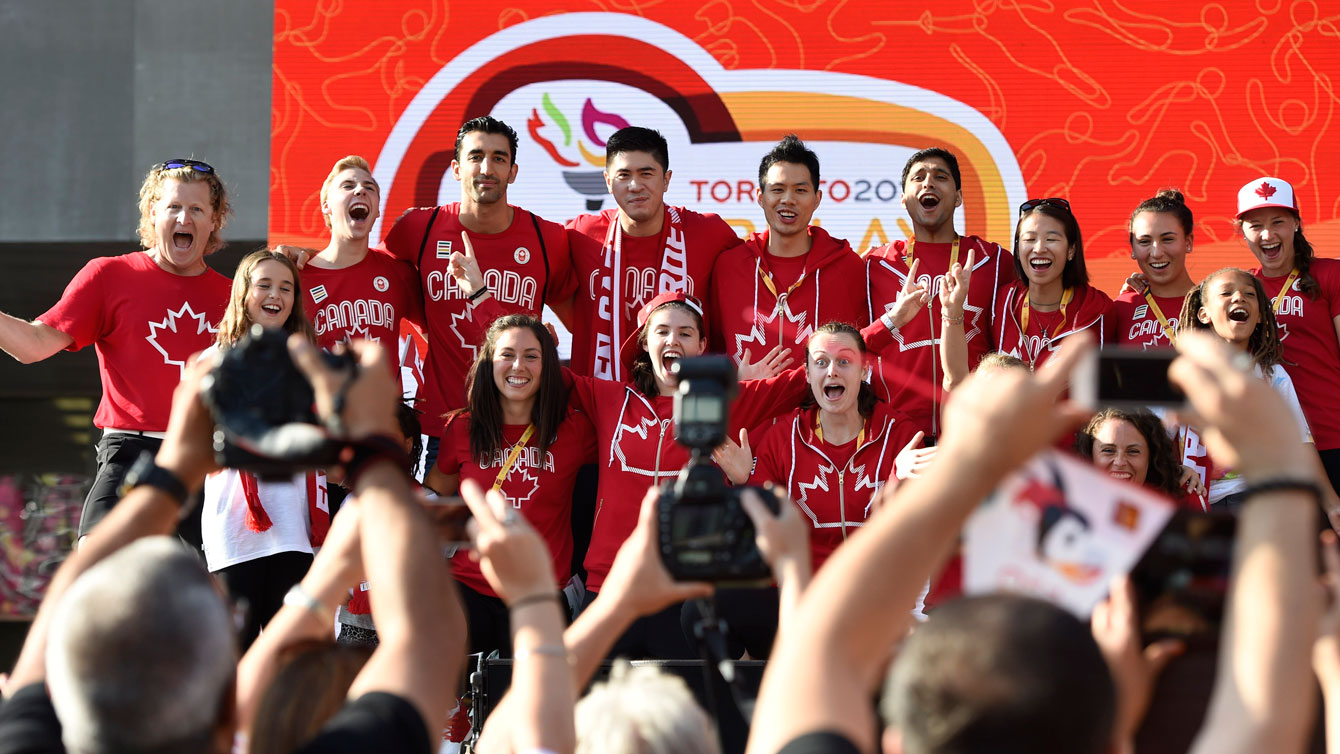 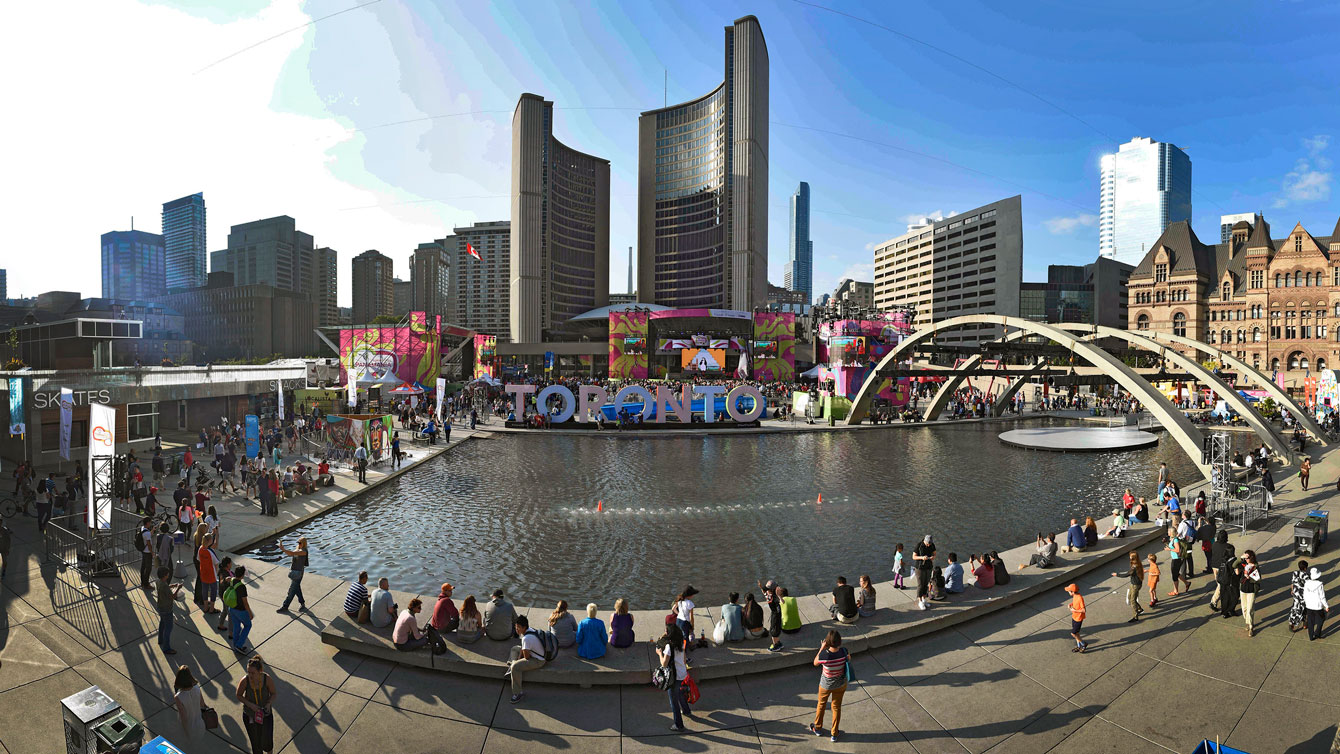 A wider look at Nathan Phillips Square on July 9, 2015, where there will be nightly medal celebrations, concerts and parties during TO2015 Pan Am Games (Photo: Jason Ransom/COC).