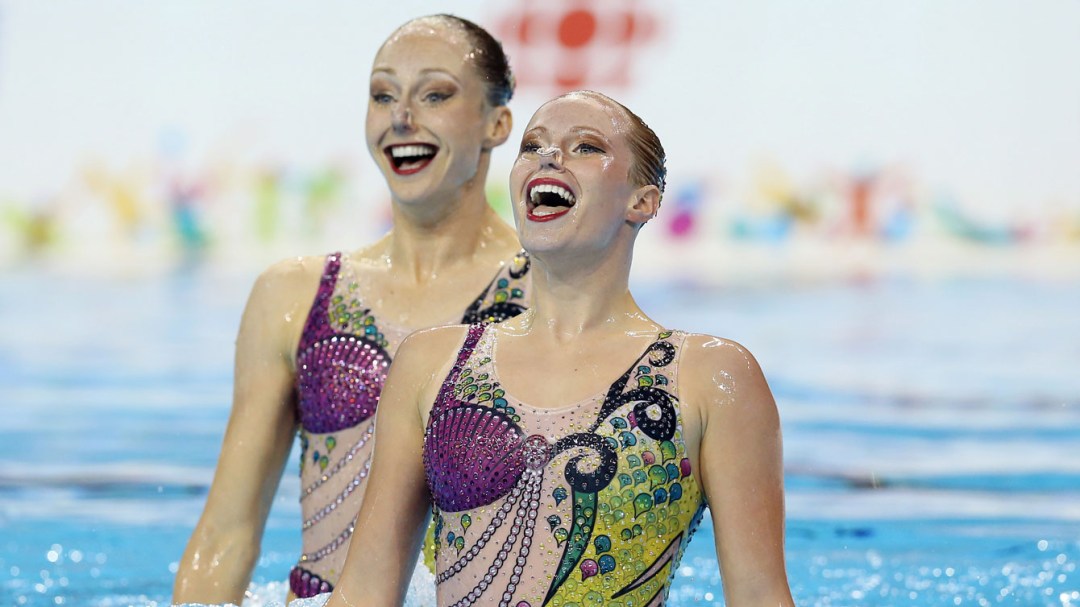 Synchro swimmers open TO2015 with a splash

The Toronto 2015 Pan Am Games officially kick off tomorrow with the Opening Ceremony, but several sports have already begun their preliminary round competitions.

Canada’s synchronized swimmers hit the water for the first time to defend their gold medals from 2011 in both the duet and team events. The women’s and men’s water polo teams were also in action on Thursday. The day ended with the Community Torch Celebration at Nathan Phillips Square. 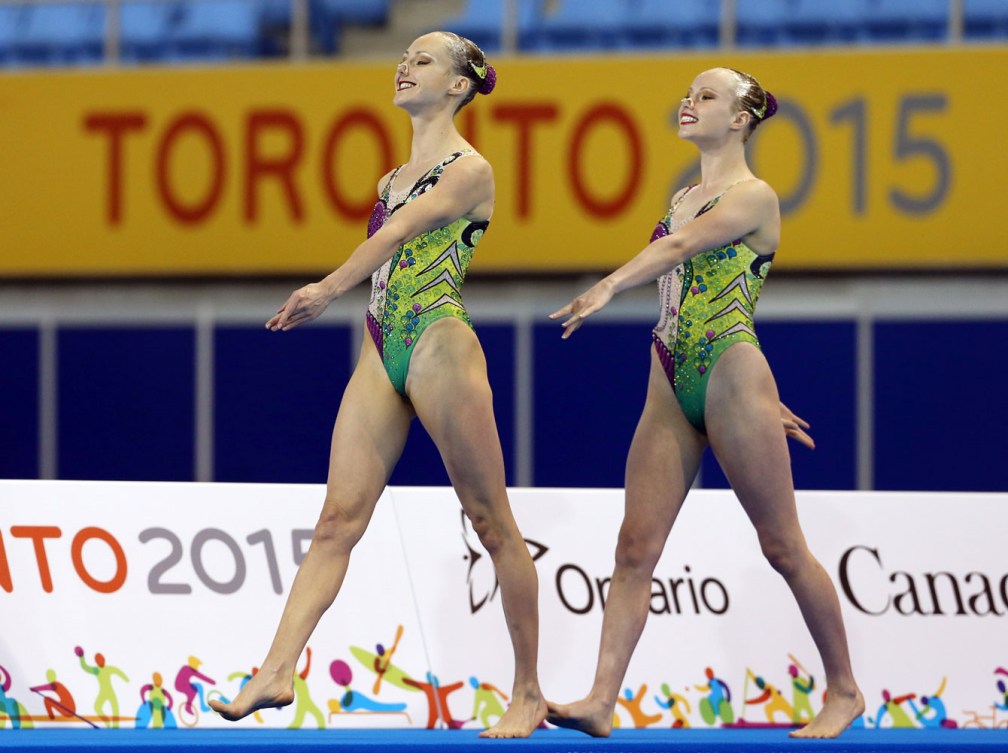 Olympian Karine Thomas and partner Jacqueline Simoneau took first place in the duet technical routine. The pair finished with a score of 88.0881 points, putting them ahead of the second place team from Mexico, who scored 84.4133, and the third place Americans, who scored 82.5209. 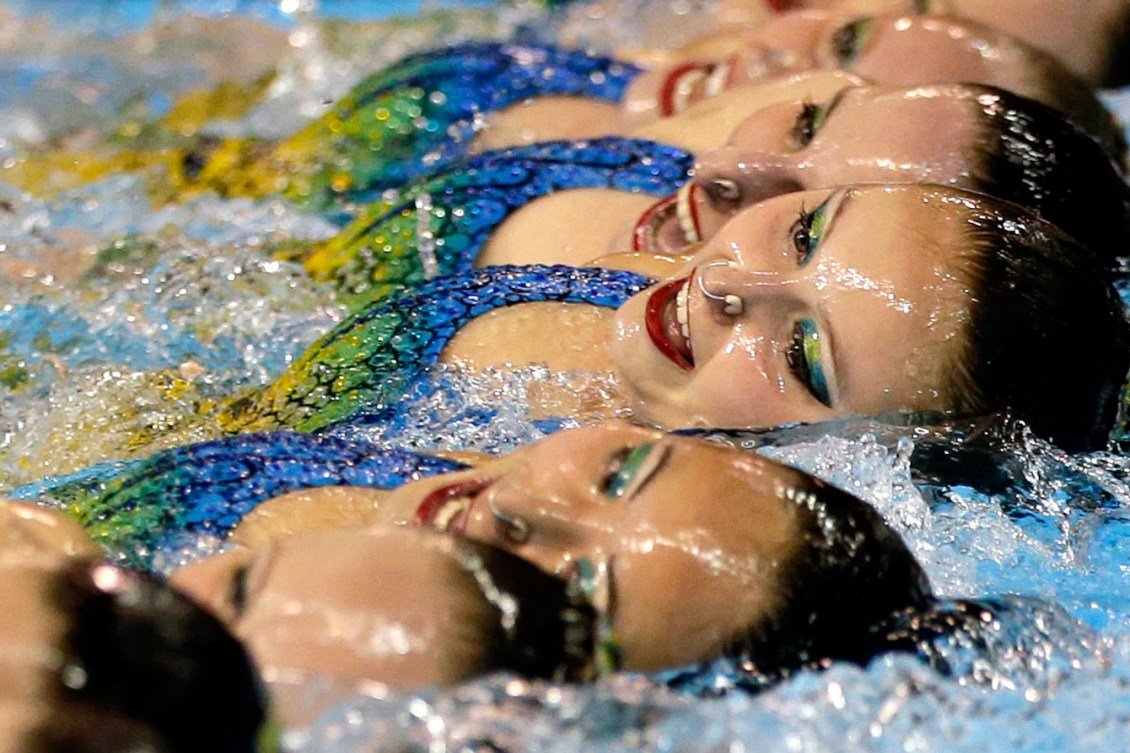 Canada’s synchronized swimmers in the Team event had a great first showing, finishing the Technical Routine in first place with 87.9094 points. The Mexicans are just over two points behind in second place, while the American team sits over five points back in third, with a score of 82.6018. 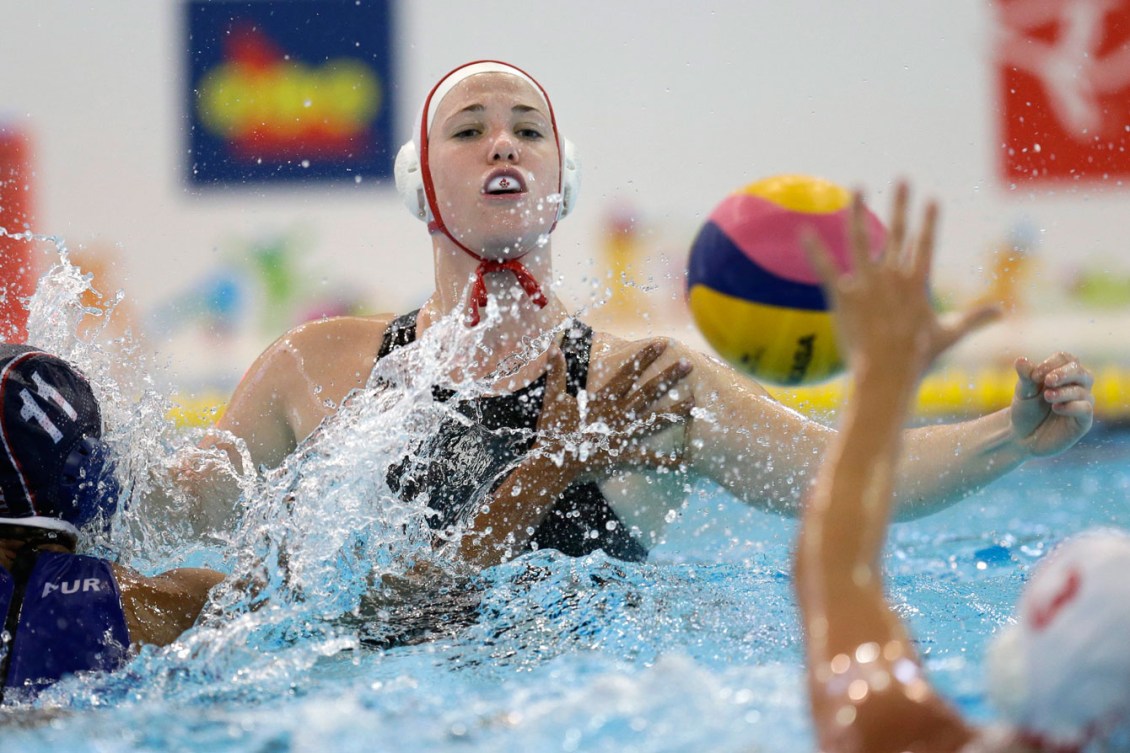 Canada’s women followed up their victory from Wednesday by winning their second straight match at Toronto 2015, defeating Puerto Rico 19-5 on Thursday. Christine Robinson led the way with four goals, while Joelle Bekhazi added three goals of her own. Five other Canadian players had two goals each, while goalkeeper Jessica Gaudreault saved 13 of the 18 shots that she faced.

Robinson described the importance of today’s match: “It was super important to rack up the score today. We are in a tough position because we tied Brazil. We really want to come first in our group, so we need to score more goals than they do. I think we did pretty well today.”

Their record now stands at 2-0-1 in three games. Their preliminary schedule is now complete and they will play next in one of the semifinals on Sunday, July 12. Their opponent for the semifinal has yet to be determined.

John Conway (#10) doesn’t get much room to shoot as Canada takes on Venezuela in a men’s water polo preliminary match. (Photo: Dave Holland)

Canada’s men won their first match at Toronto 2015, defeating Venezuela 16-2 on Thursday. The top scorers for Team Canada were Justin Boyd and Kevin Graham, who buried 5 goals each. Goalkeeper Robin Randall stopped 6 of the 8 shots sent his way.

After two games played their record is 1-1-0 for the tournament, which puts them in 2nd place in Group B. The top two teams from each Group will qualify for the semifinals. Canada’s next match is on Saturday, July 11th at 6:08pm against Mexico.

RELATED: Water polo is like geniuses wrestling in a pool 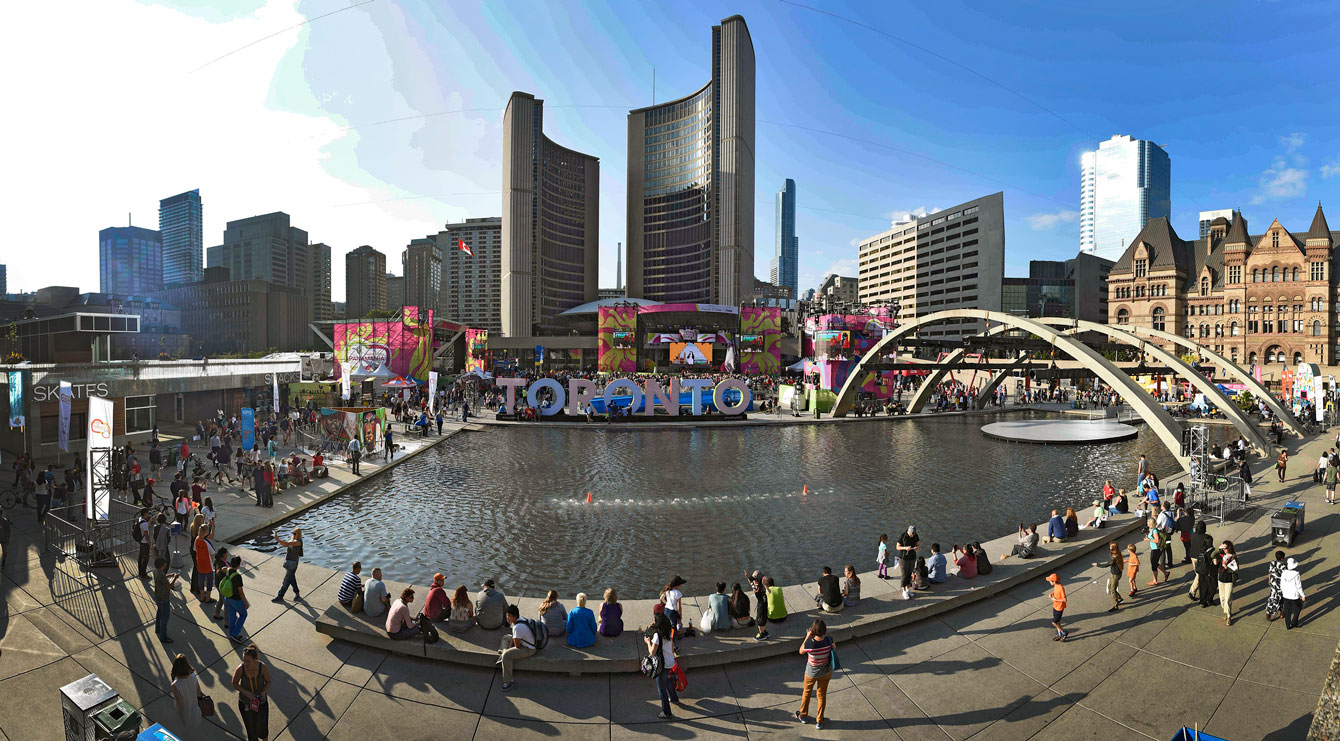 To conclude the day, the city of Toronto hosted a celebration in Nathan Phillips Square. A nice crowd of athletes, fans and of course our Chef de Mission, the great Curt Harnett, were on hand.

Justin Boyd has dreamed being an Olympian since watching Simon Whitfield win triathlon gold at Sydney 2000. That dream came...

Kevin Graham is the second longest tenured player on the senior national team, having first joined in 2004. In that...