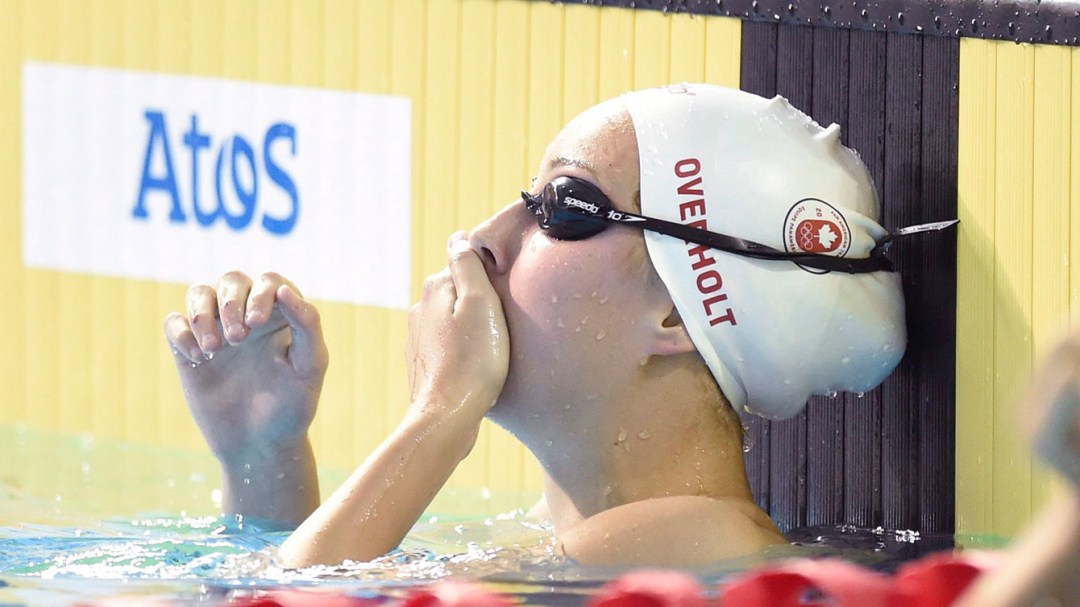 The truth behind ‘surprising’ swim disqualifications

Swimmers call the 400 IM one of the most painful in their sport. It’s also exciting.

With 100m of each stroke, the leader will change based on the strengths of the finalists. At the Pan Am Games on Thursday the lead also changed after the race because of disqualifications (DQ).

To their surprise, 400 IM winners Emily Overholt of Canada and Brazil’s Thiago Pereira were disqualified. It’s the worst thing a swimmer can hear, especially after an excellent swim.

Emily Overholt and Thiago Pereira react to learning they were DQd, losing their gold medals in the 400m IM #CBCPanAm http://t.co/5PCzOHNsEe

What the heck is a non-simultaneous touch?

In butterfly and breaststroke swimmers must touch the wall on turns or at the finish with: 1. both hands 2. separated and 3. at the same time. Overholt, who had broken the Canadian record, was told she didn’t touch at the same time before turning for her second length (lap or 50m) of breaststroke. 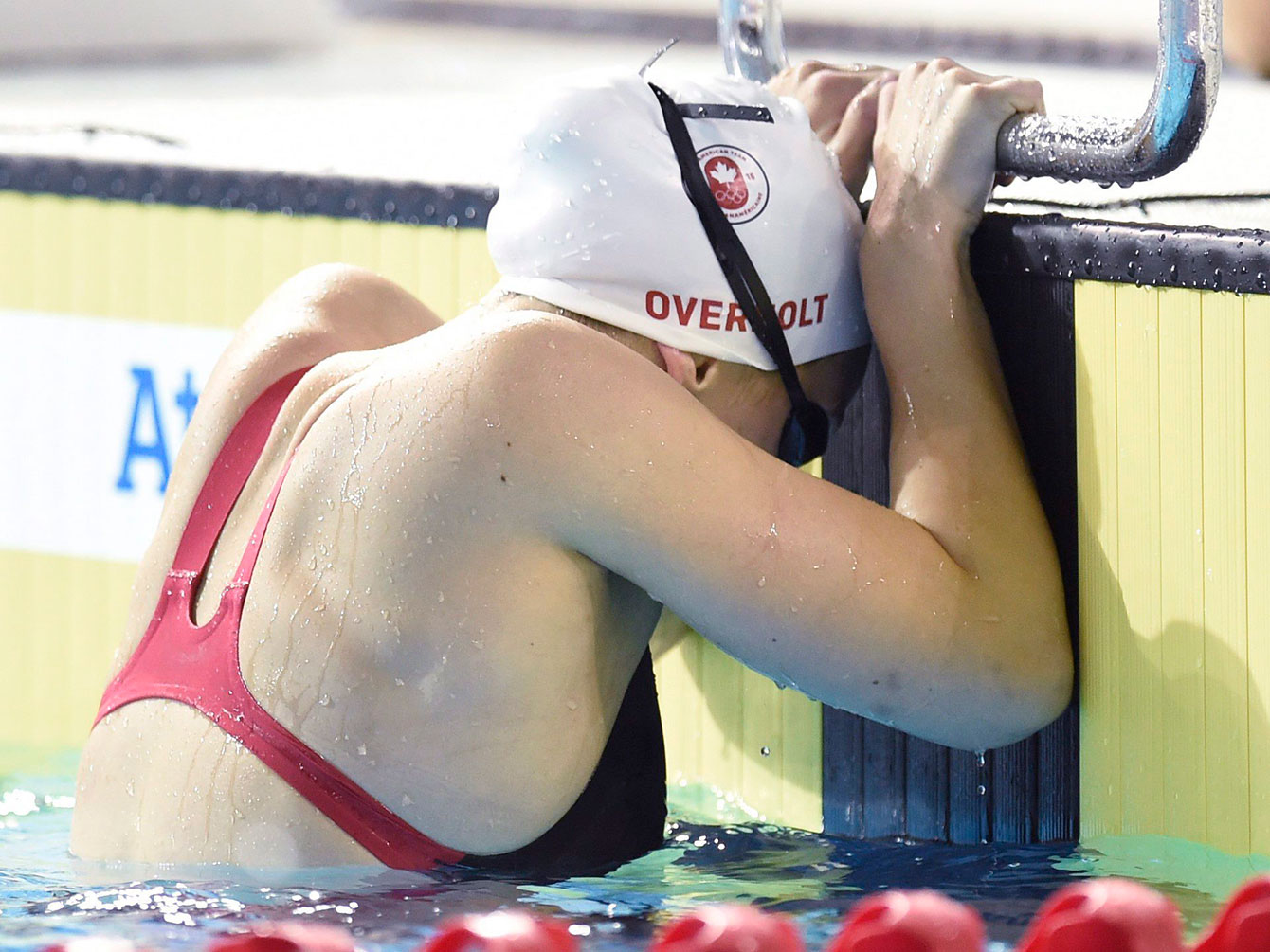 Emily Overholt reacts after winning the women’s 400 IM. She was later disqualified.

“It does happen occasionally, I personally have never been disqualified for it,” she said on Thursday night after learning a Canadian appeal had been rejected. At a national level non-simultaneous DQs do happen from time to time. They are much more rare at an international level. 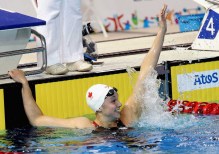 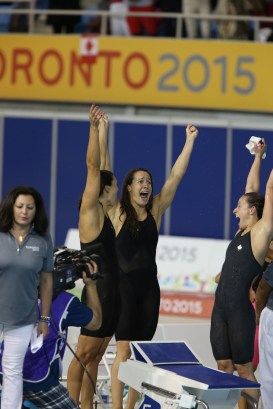 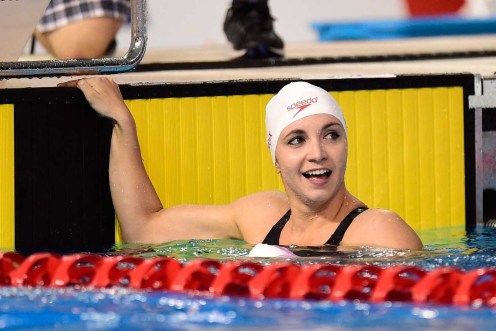 Touching with one hand?

Thiago Pereira was removed as 400 IM winner because officials said he touched the wall with one hand during the race. Again, always two hands on the wall in ‘fly’ or ‘breast’.

This one is much more rare at a high level, “…c’mon, I’ve been doing that for 15 years of my life,” said an incredulous Pereira, “I’ve never been DQ’d like that.”

In freestyle or backstroke, because the arms alternate, a one-hand touch at the finish is allowed. All elite swimmers do a flip turn (somersault) in ‘free’ and ‘back’ because it’s faster and they only have to touch the wall with ‘some part of the body’.

What about the relays?

The most frequent relay DQ is an early ‘take-over’ or exchange from one swimmer to another.

The next swimmer (their feet) cannot leave the starting blocks until the previous swimmer has touched. There’s also an electronic pad on the block and wall to check.

Here at TO2015, the American 4x200m freestyle relay was DQ’d briefly because swimmer Michael Weiss had taped his left hand. No tape on the body is allowed unless approved. The DQ was later overturned on appeal, “The US protested the disqualification on the grounds that treatment was necessary for the injury, and Weiss gained no competitive advantage as a result of his taping,” said a USA swimming spokesperson.

Swimmers can stay underwater until 15m off starts and turns. This was limited because underwater dolphin kick can be faster and saves energy. In longer races (200m, 400m) the best swimmers will use as much of the 15m to their advantage.

In sprints, swimmers will sometimes be disqualified off the start and more rarely the turns for exceeding 15m.

Rule 8 in FINA’s general rules bans smoking ‘in any area designated for competitors, either prior to or during competitions.’ No one has been disqualified yet for smoking at TO2015.

(It’s really doubtful any swimmer is breaking out the Marlboros, anywhere, ever) 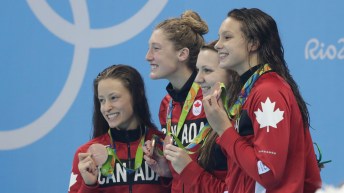 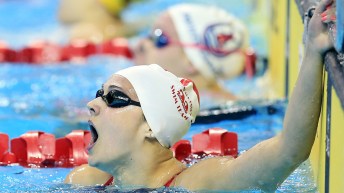 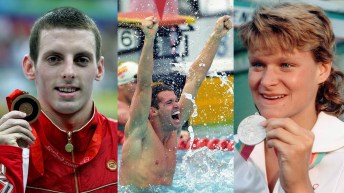