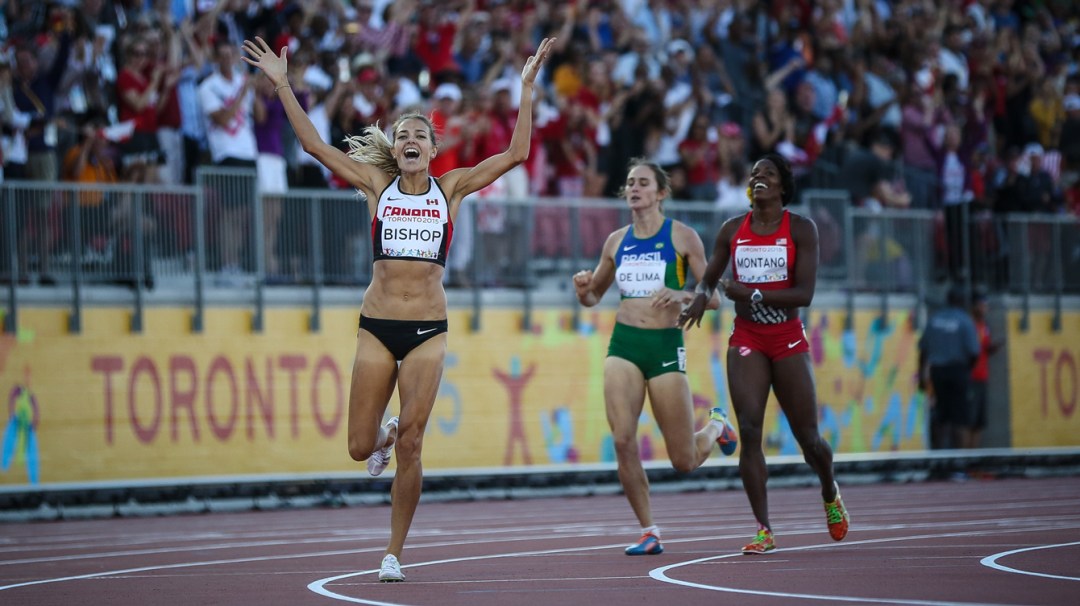 Bishop blasts the home stretch to Pan Am Games gold

Melissa Bishop kicked past one of the top middle distance runners on the planet Wednesday night to women’s 800-metre gold at Toronto 2015 Pan American Games.

The victory for Bishop came in a time of 1:59.62, one-tenth of a second shy of her personal best set eight days earlier in Switzerland. Bishop’s was one of three track medals won by Canada on day two of stadium events in athletics. 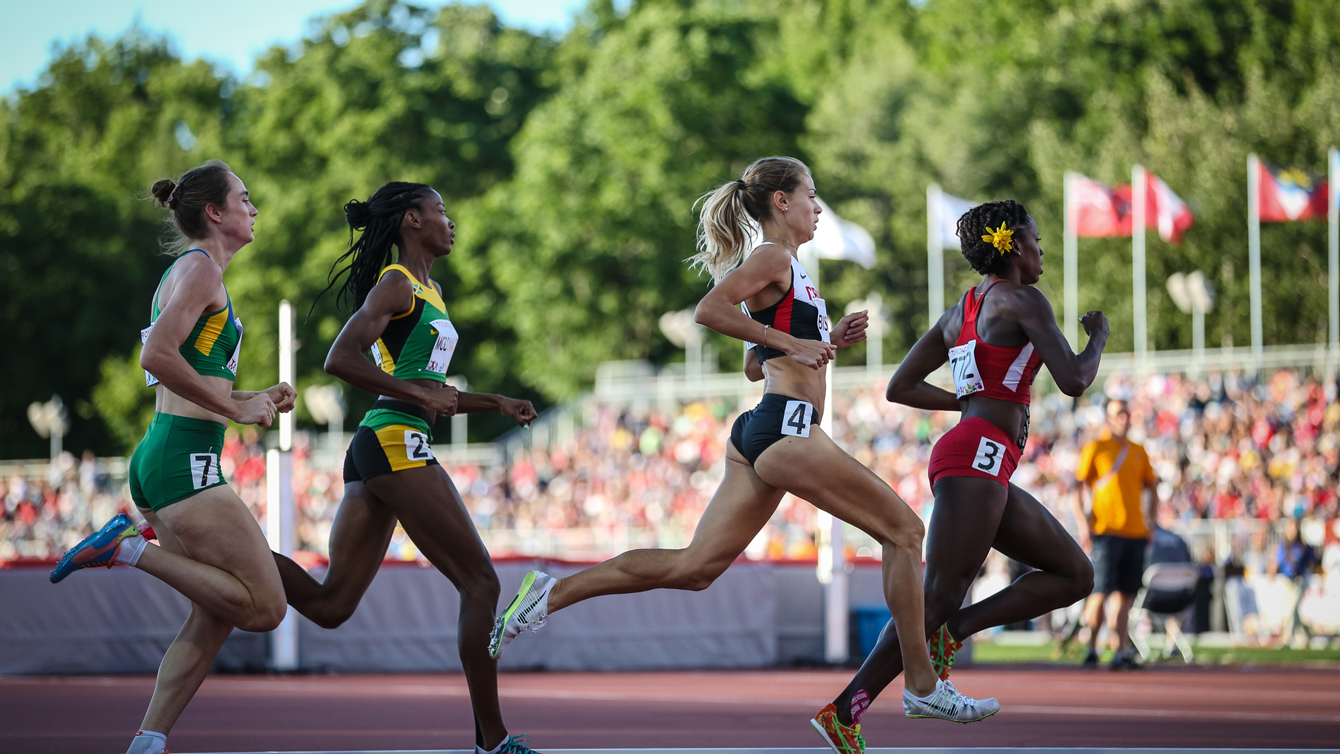 Melissa Bishop (4) stalks Alysia Montano of USA in the 800m before outpacing her for Pan Am Games gold on July 22, 2015 in Toronto.

Bishop approached the home stretch attacking the track to race leader Alysia Montano’s right shoulder. The American couldn’t answer the challenge from the hard-charging Canadian as the crowd – on its feet – roared in approval all the way to the finish line.

“I knew the crowd was going to be loud no matter what, so I was just trying to put myself in a good position to be able to run in and let the crowd do its work, and let the training come through,” Bishop said. I’m really happy it worked out. It’s so nice to win a gold medal at home.” 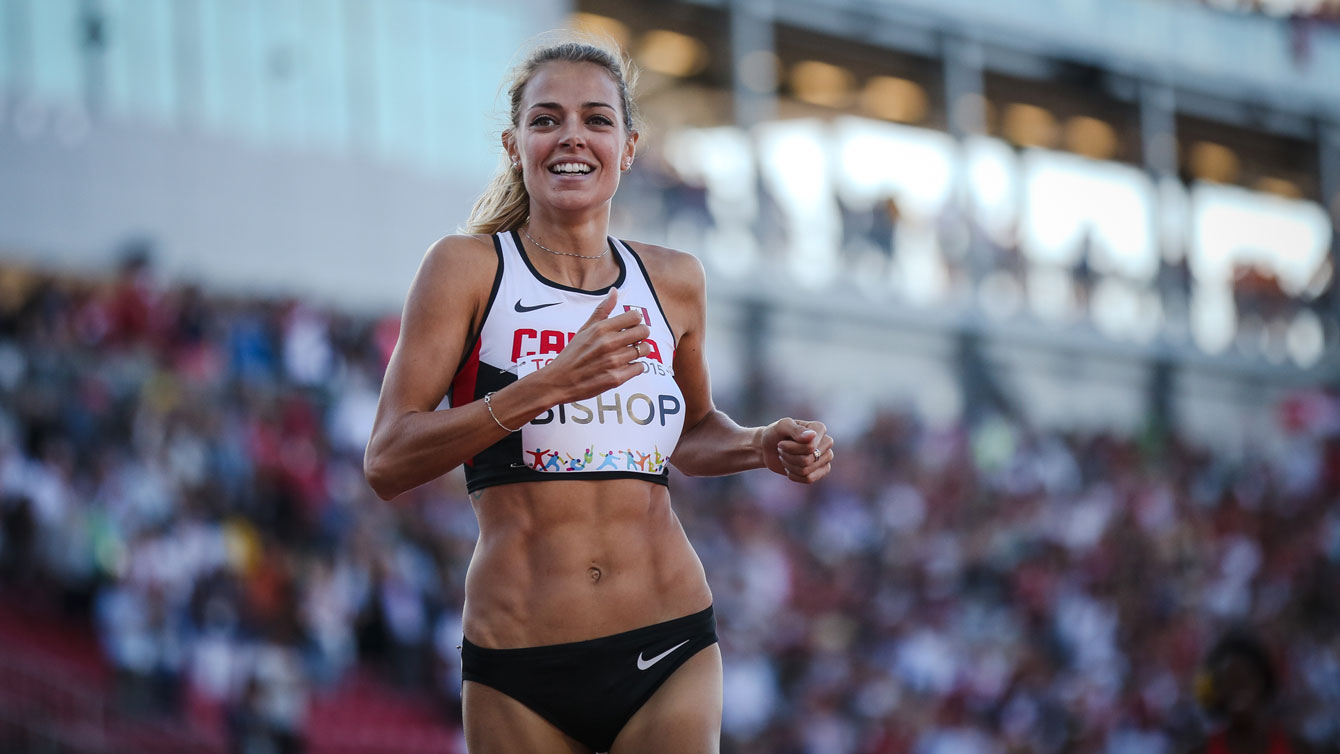 Only eight days ago in Lucerne, Bishop ran her current PB, which she nearly matched on Wednesday. After the semifinal on Tuesday, the runner said she was looking forward to the final because “anything is possible” and she was feeling fit and healthy. The next day she put in all of her recent experiences and training on the line to positive results.

To put Bishop’s victory in pespective, Montano was fourth in the 800m at Moscow 2013, the last IAAF World Championships. 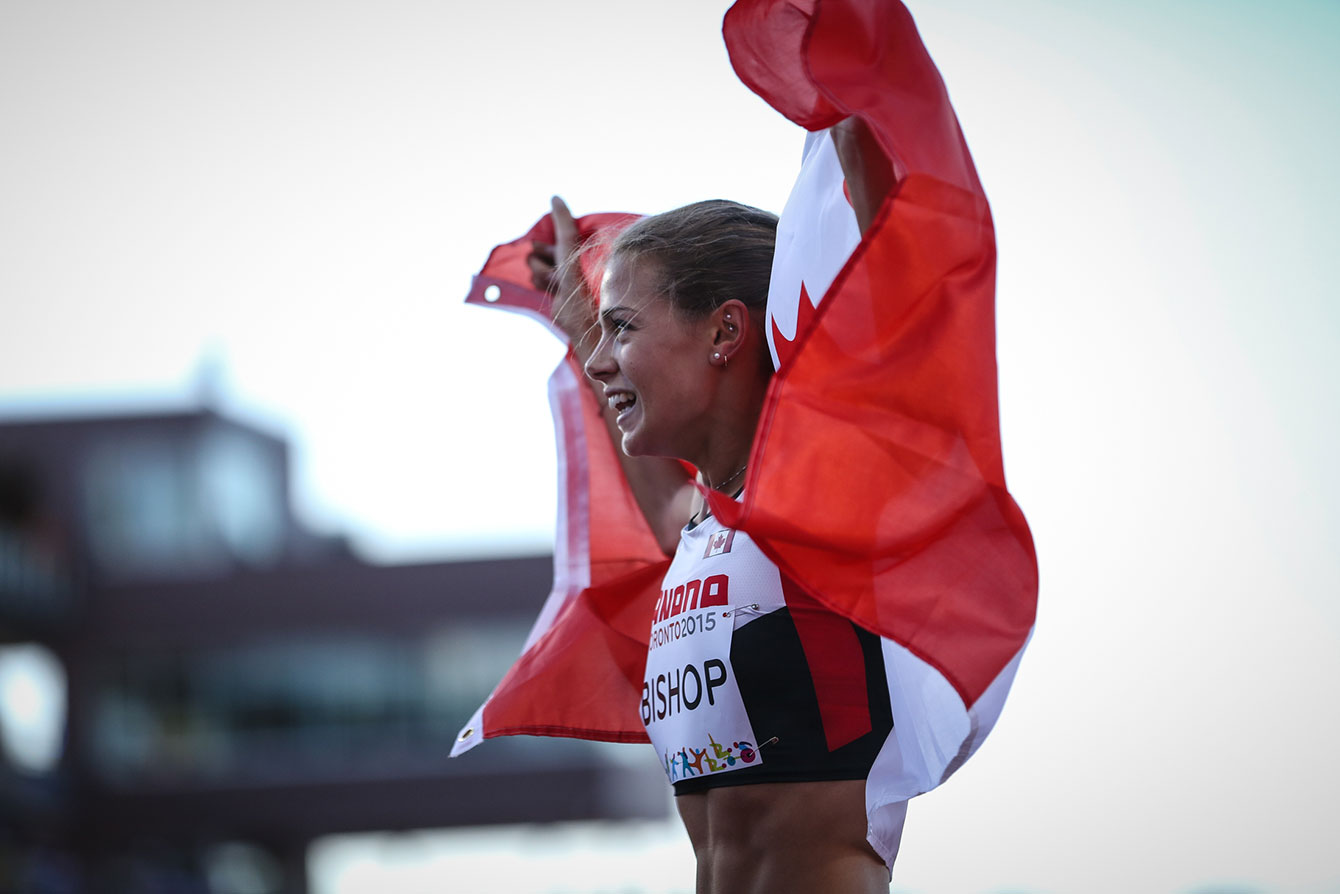 Melissa Bishop takes a victory lap with the Canadian flag after winning the women’s 800m at the Pan Am Games on July 22, 2015.

The world-class result for Bishop on the TO2015 track is the sixth gold for Canada in athletics at the Games. It came minutes after Sarah Wells captured a silver medal in the women’s 400m hurdles. Prior to that Andre De Grasse and Khamica Bingham advanced to men’s and women’s 100m finals respectively. De Grasse went on to take the sprinting crown of the Pan Am Games.

Melissa Bishop had her breakout year in 2012, making the podium in nearly every meet she ran, including breaking the…