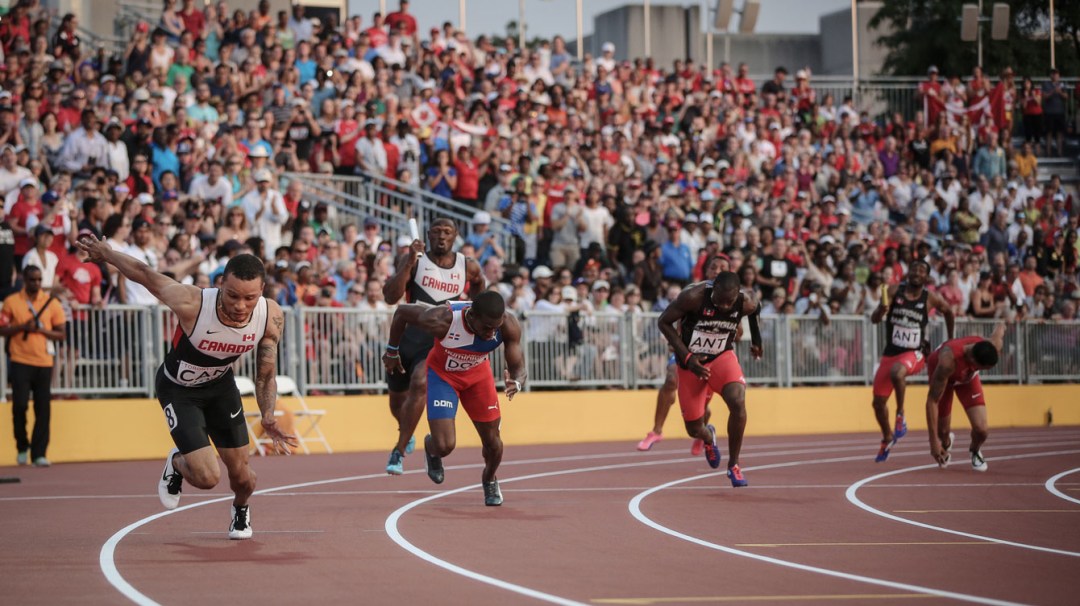 Why Canada was stripped of its Pan Am 4x100m relay gold

You can’t step on the line.

It’s harsh, largely unfair, and doesn’t make sense most of the time, especially when the violation is extremely slight and didn’t affect anyone whatsoever (see photo below). But rules are there to be followed in athletics, not broken, and unfortunately, Canada was in violation of one of the strictest ones on Saturday night: someone stepped on the line. 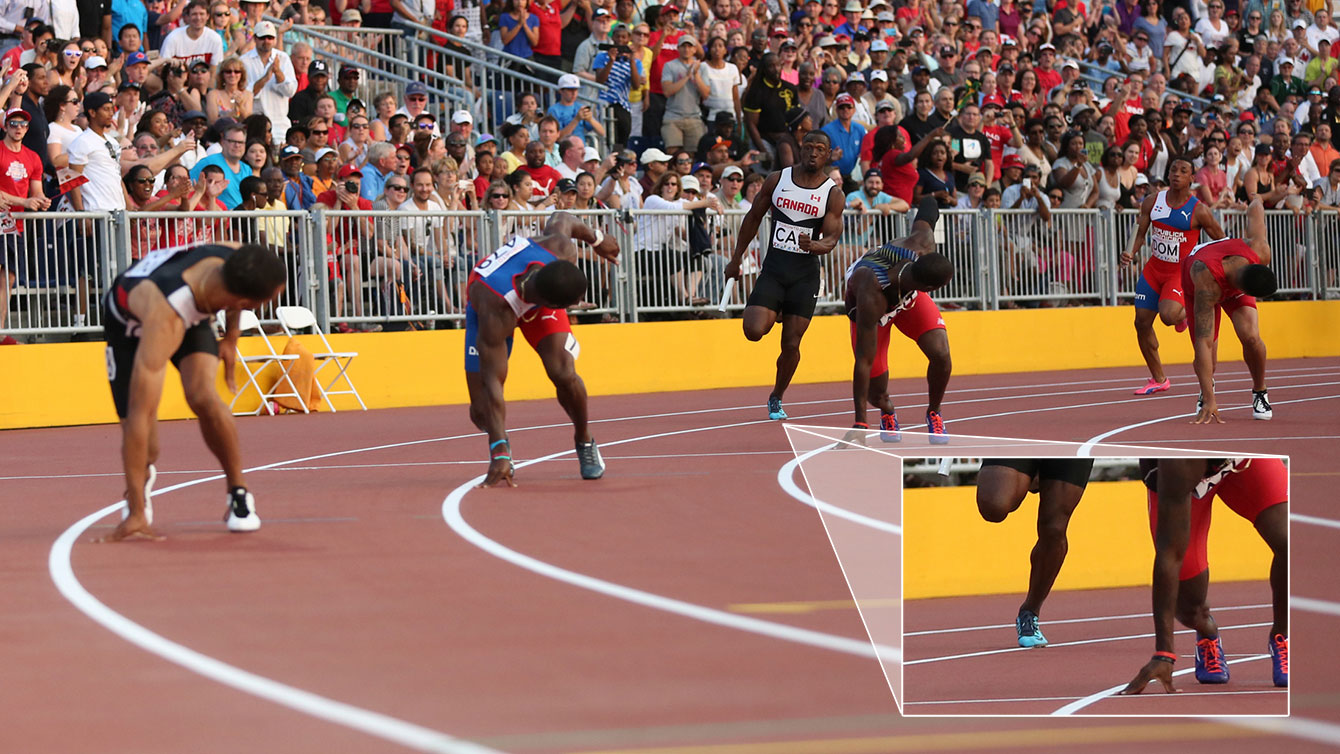 Photo appears to show Gavin Smellie stepping on the line separating lanes seven and eight ever so slightly during men’s TO2015 4x100m final. Canada crossed the finish line in Pan Am Games record time, however this singular incident was reportedly protested by three countries that stood to benefit at Canada’s expense. (Photo: Alexandra Fernando)

After what seemed to be a tremendous 4x100m victory, a protest was launched by the United States. When turned down, a second one was filed, but this time the USA was reportedly joined by Trinidad and Tobago as well as Brazil. That one was upheld, resulting in Canada being stripped of its Pan Am Games gold medal.

Before all of this, Canada had already been declared the gold medal winner. Starting a quartet of Gavin Smellie, double Pan Am sprint champion Andre De Grasse, Brendon Rodney and Aaron Brown on its home track in lane eight, Canada took gold when Brown crossed the finish line first in a Pan Am Games record time of 38.06 seconds. 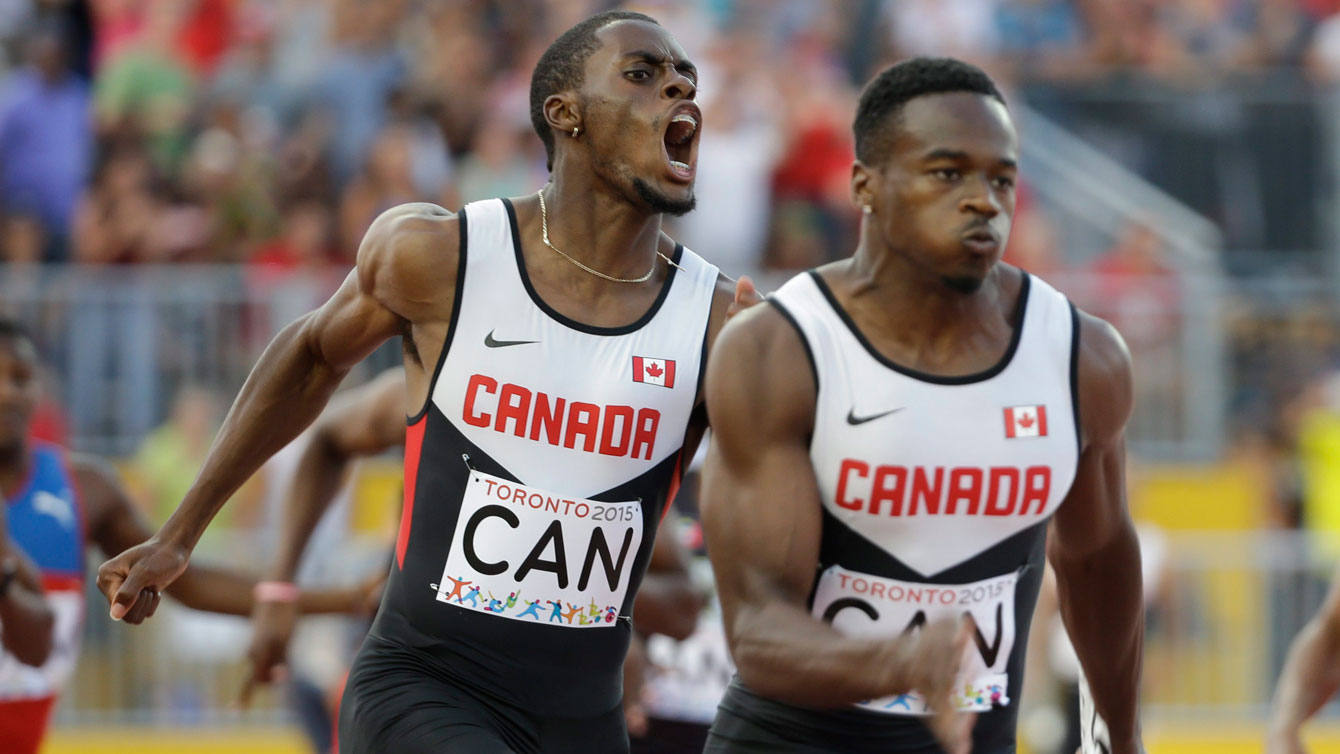 Brendon Rodney to Aaron Brown during the 4x100m Pan Am Games relay final on Saturday, July 25, 2015.

However, for more than two hours, appeals by nations that finished behind Canada eventually led to the disqualification. USA finished first, Brazil took silver and Trinidad and Tobago got the bronze, all promotions at Canada’s expense.

Initially, it was thought Rodney had encroached on lane seven prior to his exchange. However, Rodney wasn’t in possession of the baton at the time. Then several video reviews by the protesting nations revealed that Smellie – who led off for Canada – had taken what seemed to be just one step on the line that separated lanes seven and eight prior to his exchange with De Grasse.

That was enough to disqualify Canada. This rule is so strict by IAAF standards that the Canadian camp, helpless against the rule book, did not even see fit to make an appeal, because Canada has been here before. 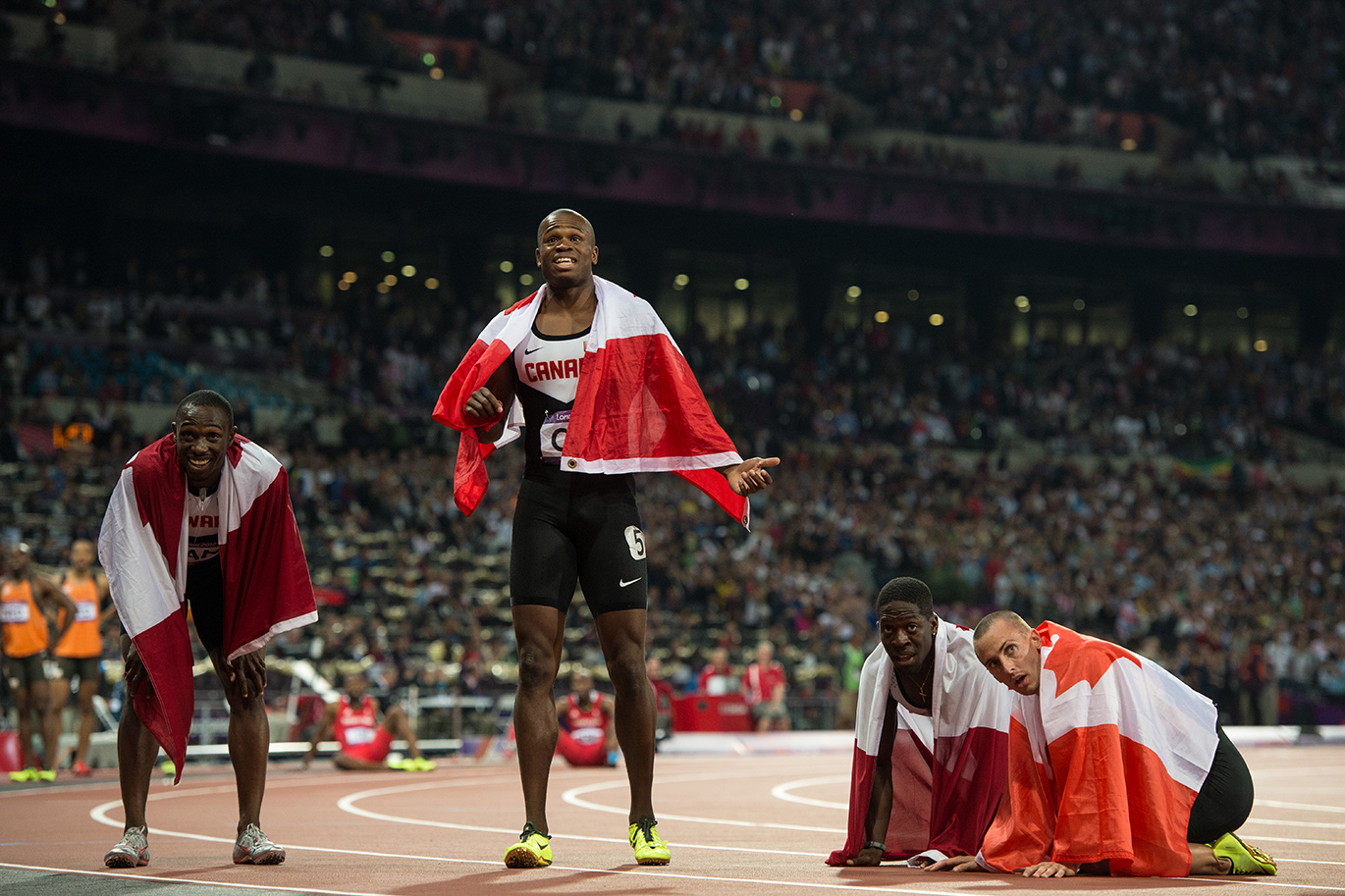 Canadian sprinters at London 2012 before it was learned that they had been disqualified from the 4x100m.

The situation was reminiscent of Canada being dislodged from an Olympic bronze at London 2012 when a similar violation prior to the final exchange in the men’s 4x100m final took away that medal.

Knowing the team’s fate, Athletics Canada head coach Peter Eriksson couldn’t appeal. “We’ve got to live with it,” Eriksson said. “It’s part of the sport and part of the rules.”

“One of our runners ran on the line and you can’t do that in relays. It’s disappointing, but this happens all the time. It’s part of the game.” 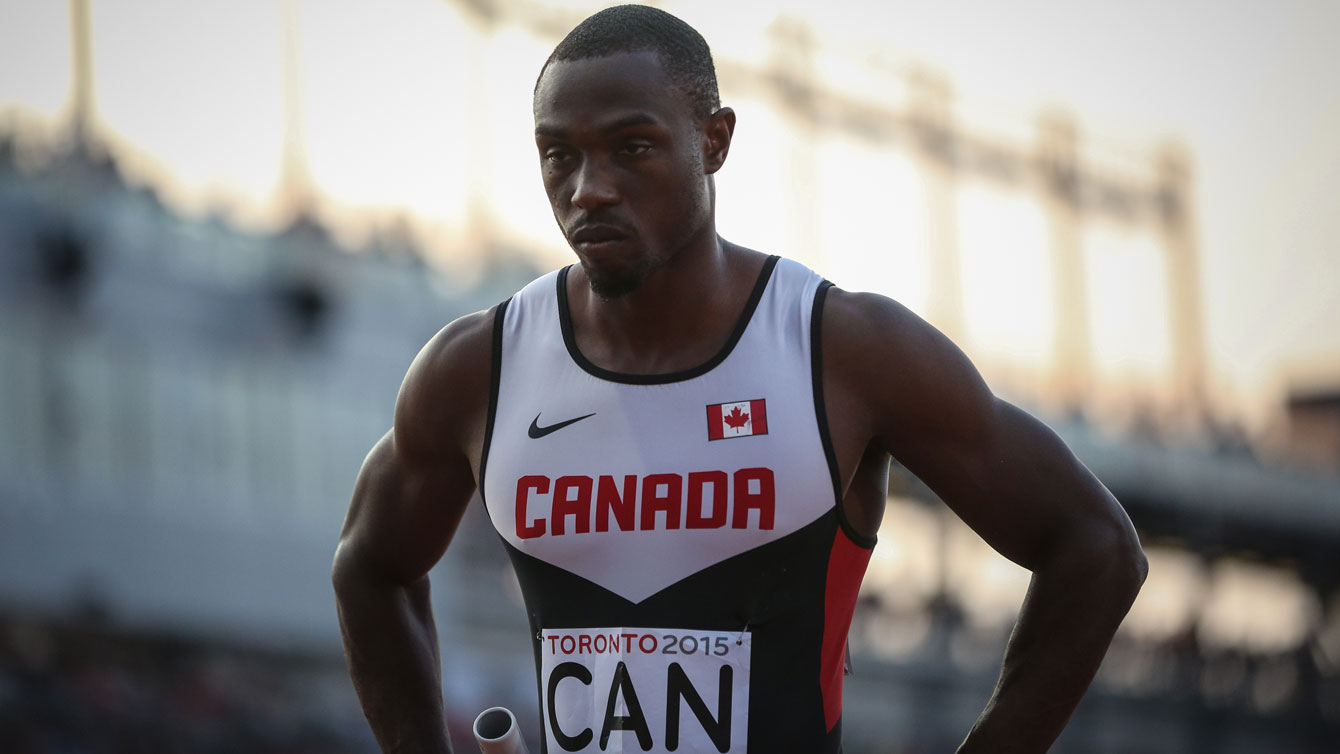 This lane violation rule, although often entirely innocuous (in this case Smellie wasn’t interfering with anyone whatsoever), isn’t up for negotiation. With nearly half the field petitioning for Canada’s dismissal, officials couldn’t turn a blind eye and had to make the difficult call, which wasn’t revealed until the stadium was virtually empty following the conclusion of all races. It was only shown on screen, with no announcement made over the speakers.

Track and field is a glorious, majestic sport that often displays human form at its finest. The rule book its competitors follow is rigid and can often diminish the beauty of the sport. On Saturday night it did just that – at least where heartbroken Canadian fans and four incredible athletes are concerned.