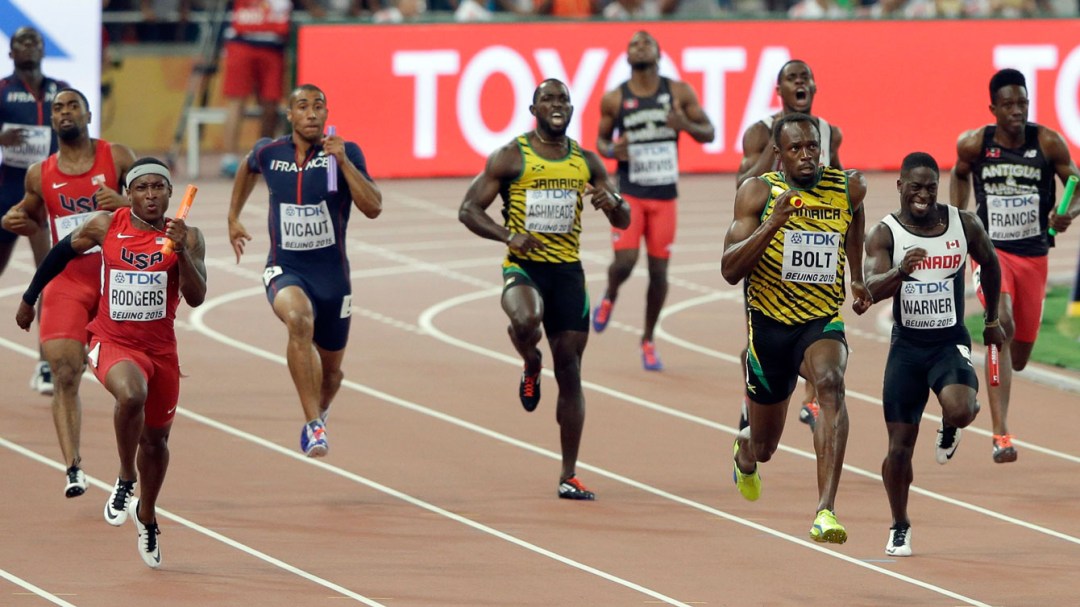 The men’s 4×100-metre relay team won a measure of redemption by bringing home bronze from the IAAF World Championships in Athletics.

The men thought they had won Pan Am Games gold in July, only to have it cancelled for a harmless infraction. In Beijing on Saturday, no such hardships existed for the team of Aaron Brown, Andre De Grasse, Brendon Rodney and Justyn Warner, running in 38.13 seconds behind Jamaica (37.36s) and China (38.01s). The United States – originally in second place – was disqualified for an illegal baton pass on the final exchange. 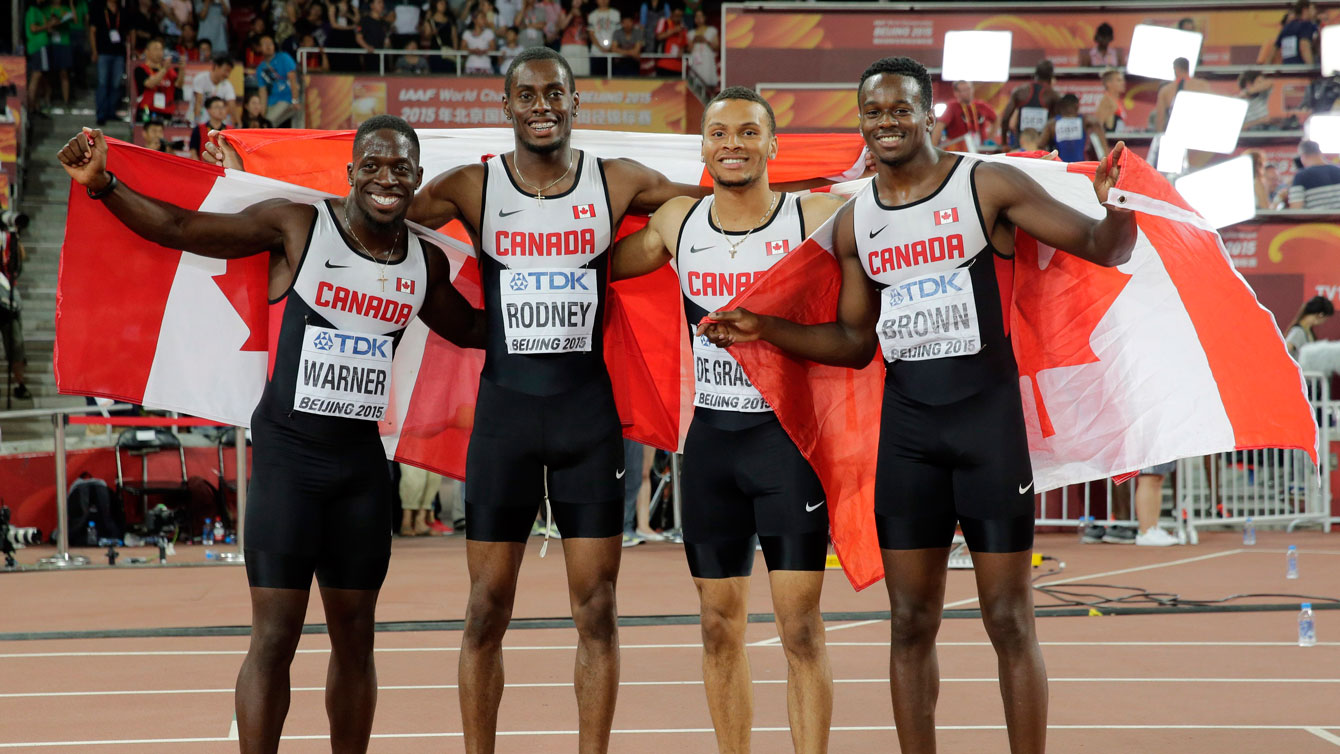 Canada after being named the bronze medallists in men’s 4x100m relay at the world championships in Beijing on August 29, 2015.

Warner, the anchor runner who now has back-to-back relay medals from IAAF worlds said “we came third, we all ran our hearts out. We gotta make (it) a team race. We know that the other teams can all make mistakes.” Canada had won bronze in the men’s 4x100m relay at the previous worlds under similar circumstances when Great Britain was disqualified upon review. That too felt like redemption for Canada as it was a year removed from a heartbreaking disqualification of its own at the Olympic Games in London.

RELATED: Why Canada was disqualified at Pan Am Games

The bronze was a second one for De Grasse, following his third place in the 100 metres earlier in the meet.  “The crowd was crazy,” De Grasse said, “we couldn’t even hear ourselves. We just were hoping to get the stick around.” 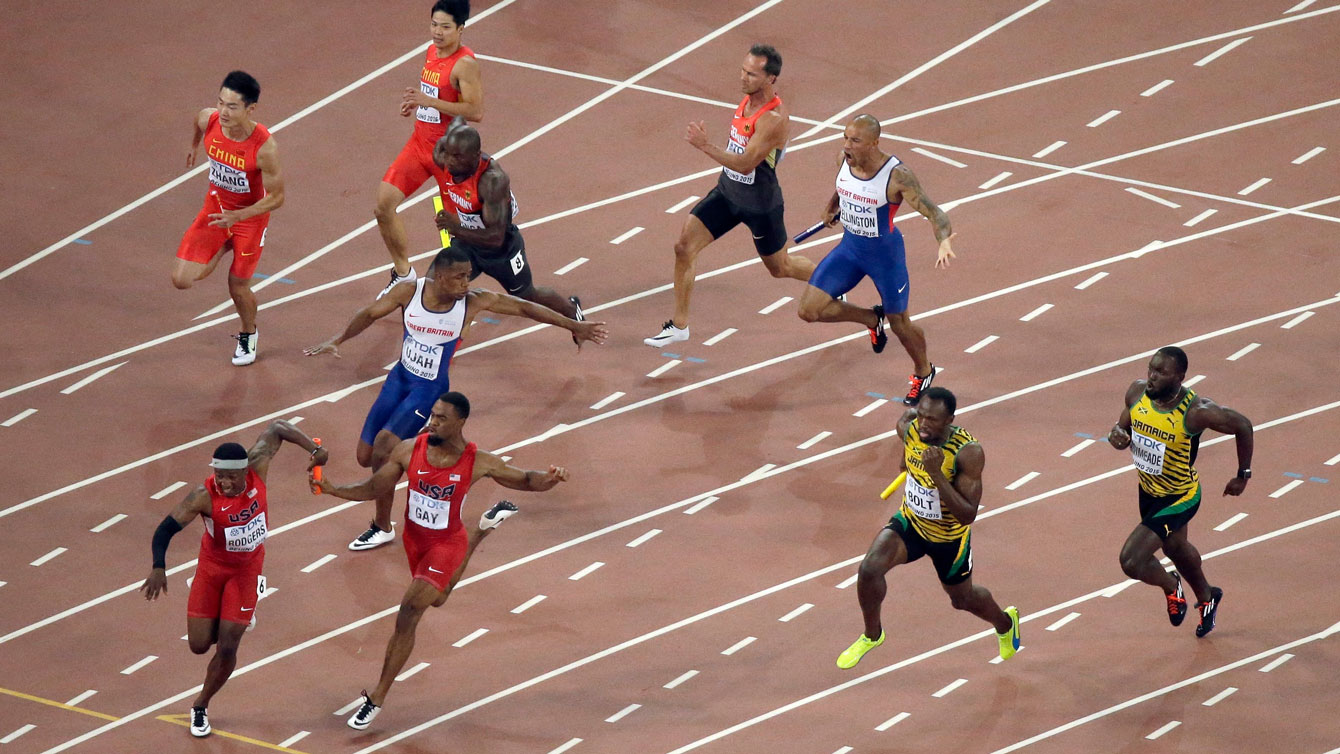 Mike Rodgers (bottom left, in red) receives the baton past the exchange zone from Tyson Gay of USA in the men’s 4x100m final at the IAAF World Championships in Athletics on August 29, 2015.

The team thought they had finished fourth but were urged to remain on the track by the coaching staff because it seemed fairly evident even without a review that Mike Rodgers of the United States received the baton outside of the zone for USA.

“We just waited for the final result to come out, grabbed the flags and ran around,” De Grasse recalled. For his own exploits, Canada’s fastest man said “to come off with two medals (in Beijing) is more than I could have asked for.” 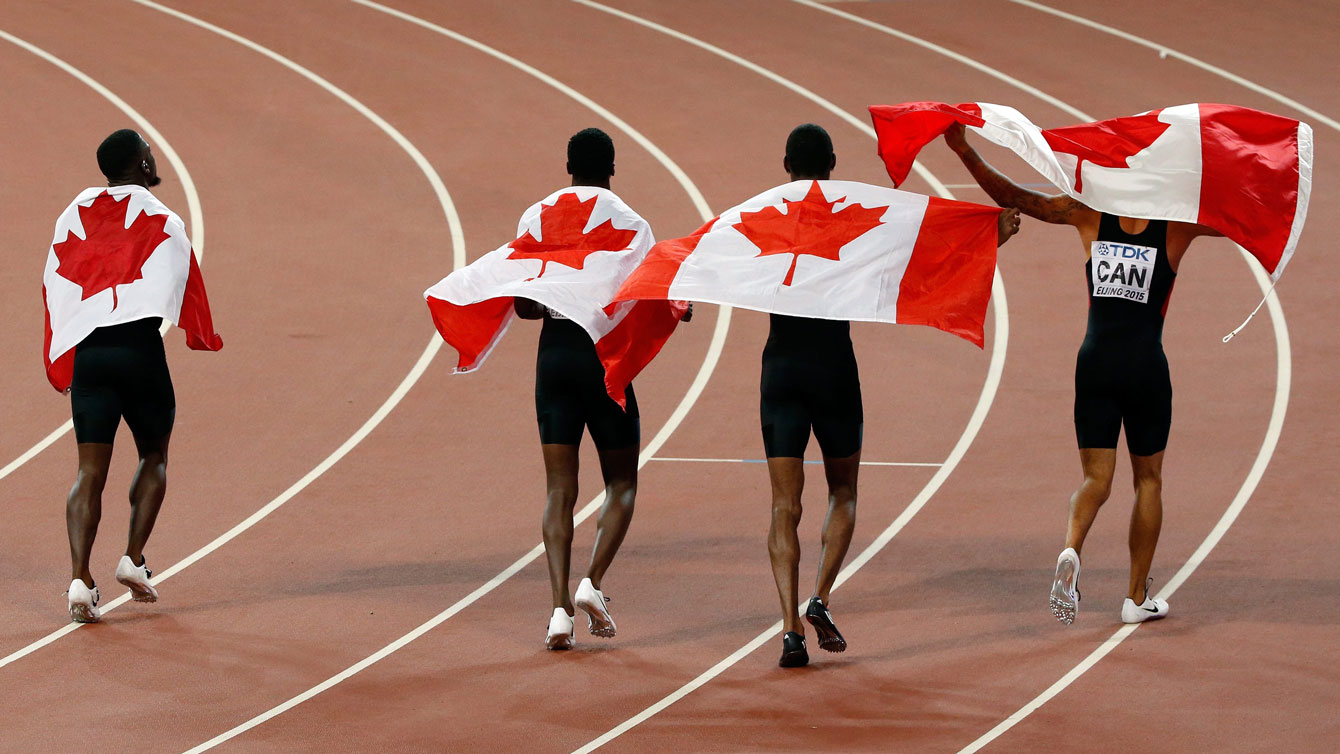 Canadians of the men’s 4x100m relay after they were awarded the bronze at the world championships in Beijing on August 29, 2015.

Canada was faster in the semifinals at 38.03s. They had to be as some of the fastest times in the world were set in that race, with three teams (Jamaica, France and China) going sub-38 seconds. Antigua and Barbuda also had a 38.01s performance not duplicated in the final, which provided an atmosphere that left an impression on the Canadians.

“It was loud,” Brown told IAAF.org. “I was trying to focus on what I had to do. It was a little shaky. But we were clean and we didn’t get disqualified and that is good enough for us.”

Rodney indicated he relished the fans and the frenzy saying “this is my first world championship. Just making the final I was happy. I wasn’t nervous at all.” 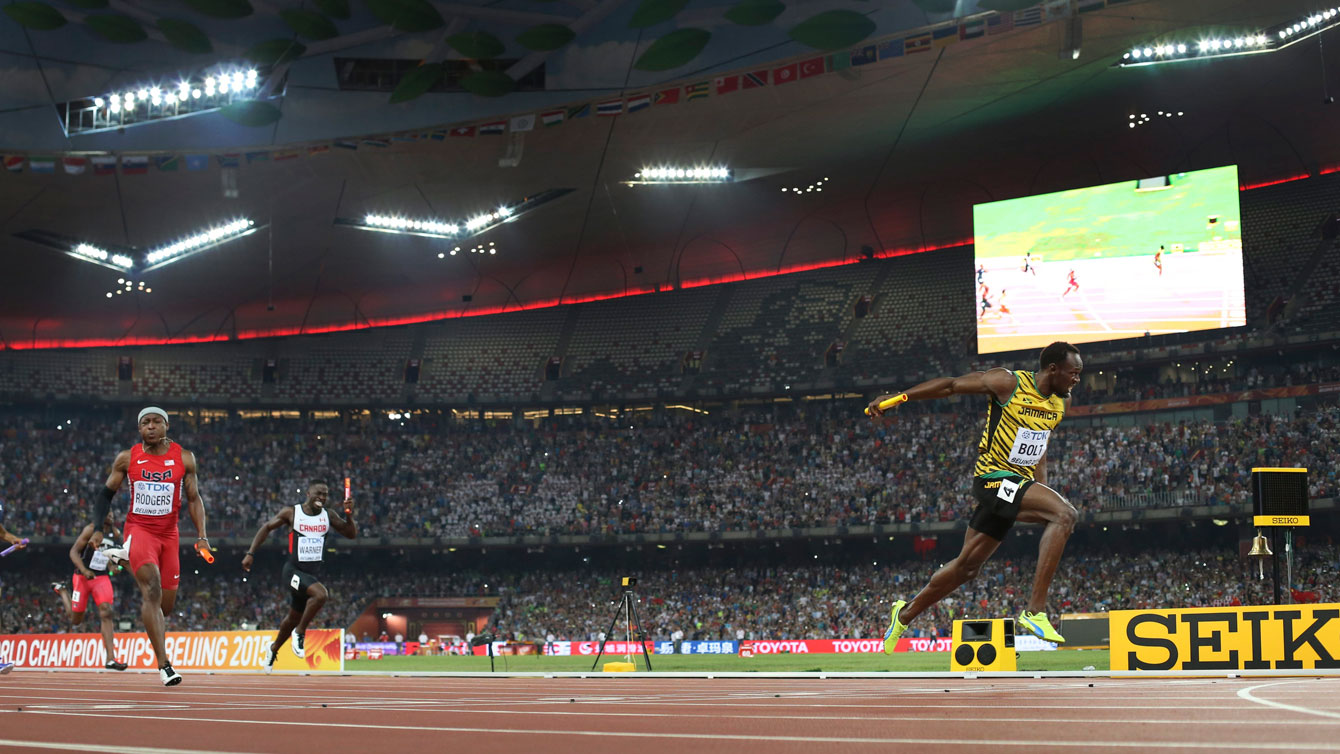 Usain Bolt crosses the finish line first for Jamaica in men’s 4x100m relay with Mike Rodgers (USA) and Justyn Warner (Canada) chasing at the world championships in athletics on August 29, 2015.

Brown also mentioned that the Canadians received advice from the greatest sprinter on the planet before he anchored Jamaica to gold.

“Usain Bolt said to us at lunch, ‘don’t get disqualified again. I don’t want to you guys to lose another medal.’ So I said we’ll try our best,” Brown revealed.

This was Canada third medal of Day 8 in Beijing, with Melissa Bishop (800m) and Damian Warner (decathlon) each grabbing a silver in their respective events earlier. That brings Canada to seven medals at worlds, two more than the previous record set at Moscow 2013. 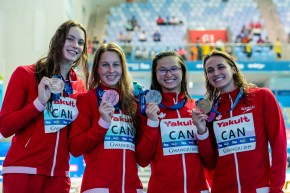