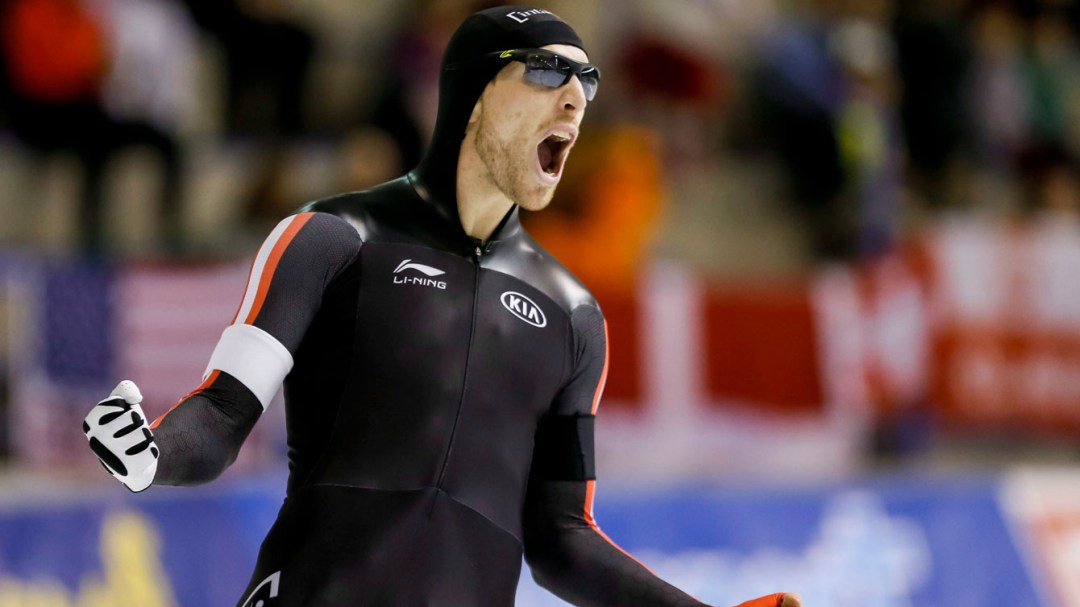 The ISU long track speed skating World Cup season got underway on home ice at the Calgary Olympic Oval for Team Canada this weekend, where they delivered seven medals.

Three of the medals came on Sunday, two of which from the same race courtesy of Olympian William Dutton (silver) and Alex Boisvert-Lacroix (bronze) in men’s 500m. The winner, Pavel Kulizhnikov of Russia, broke the world record in the distance skating in 34 seconds flat. The previous record (34.03 seconds) belonged to Canadian Olympic medallist Jeremy Wothersphoon. 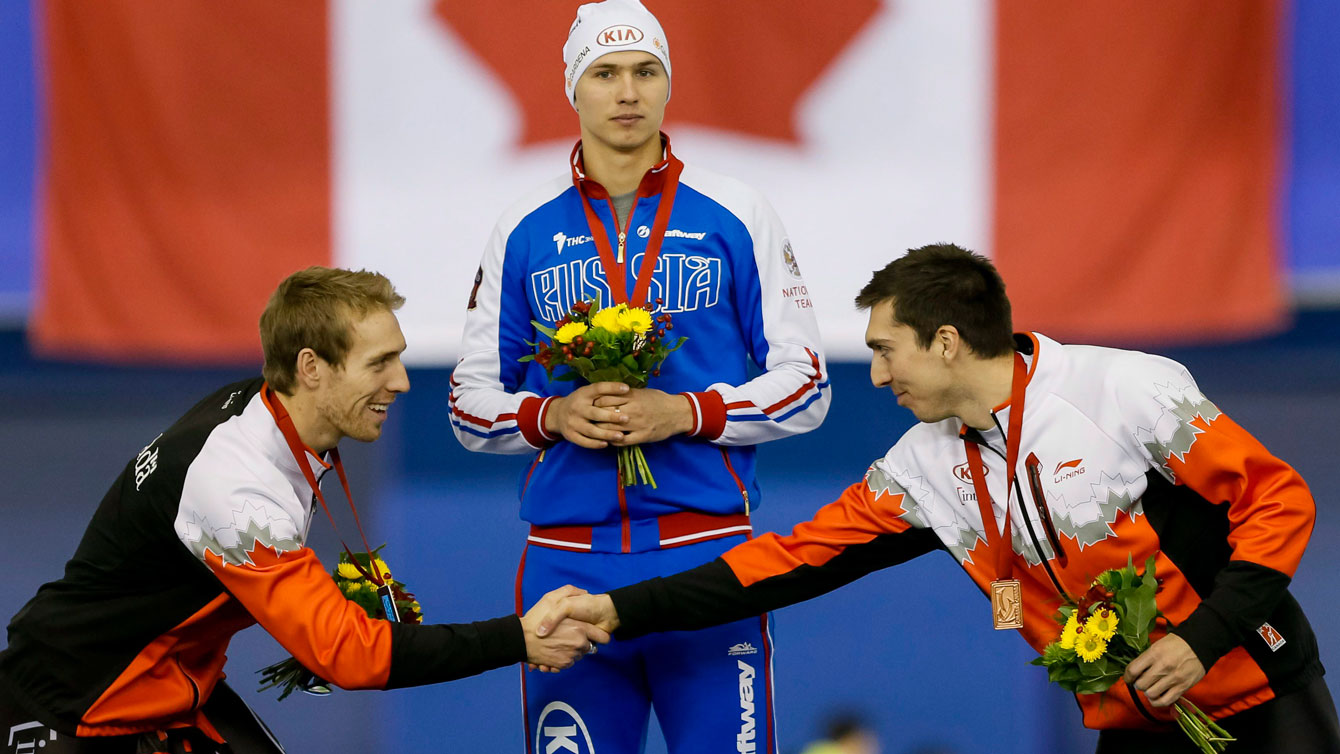 William Dutton (left) shakes hands with teammate and third-place finisher Alex Boisvert-Lacroix after the second World Cup 500m of the weekend in Calgary on November 15, 2015.

Wotherspoon tweeted, “farewell #worldrecord, I’ll always cherish our time together even though you left me for another man.”

For Dutton it was his second medal, after winning a bronze in the first 500m of the weekend on Friday (more on this under ‘Friday’ below). 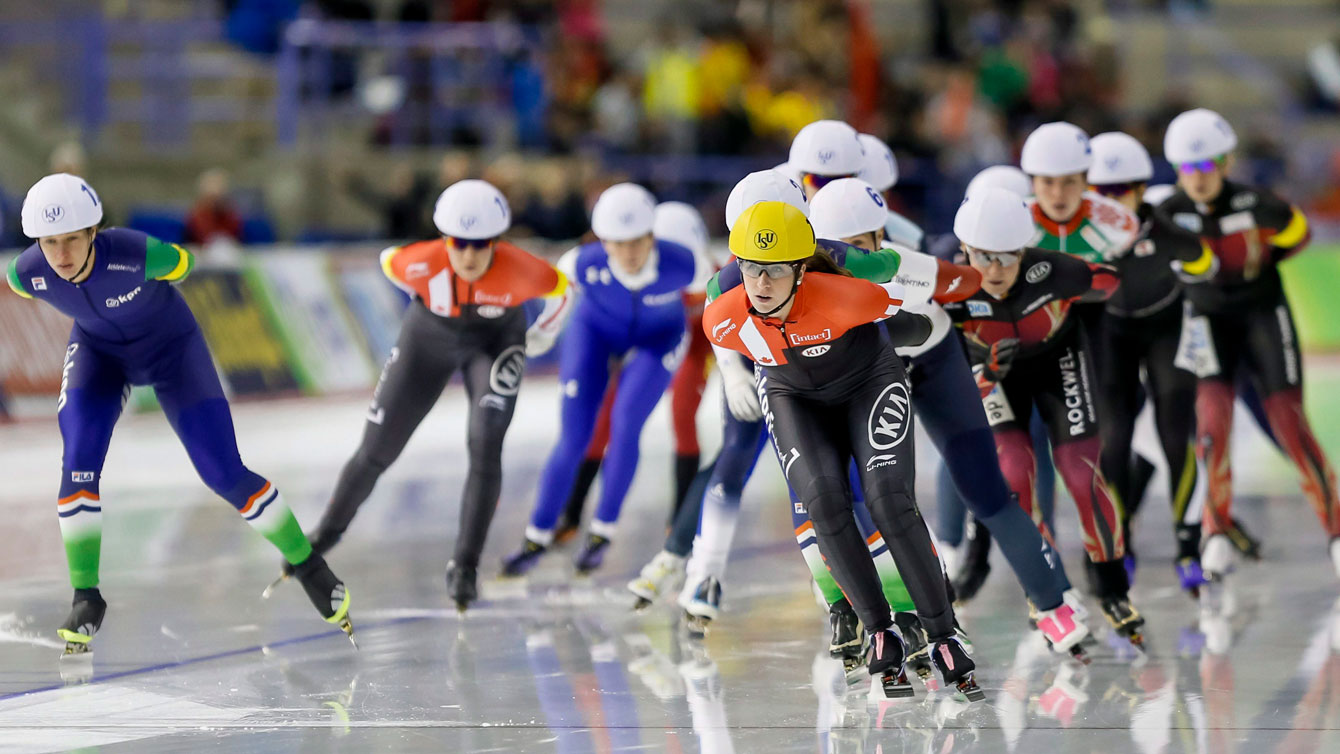 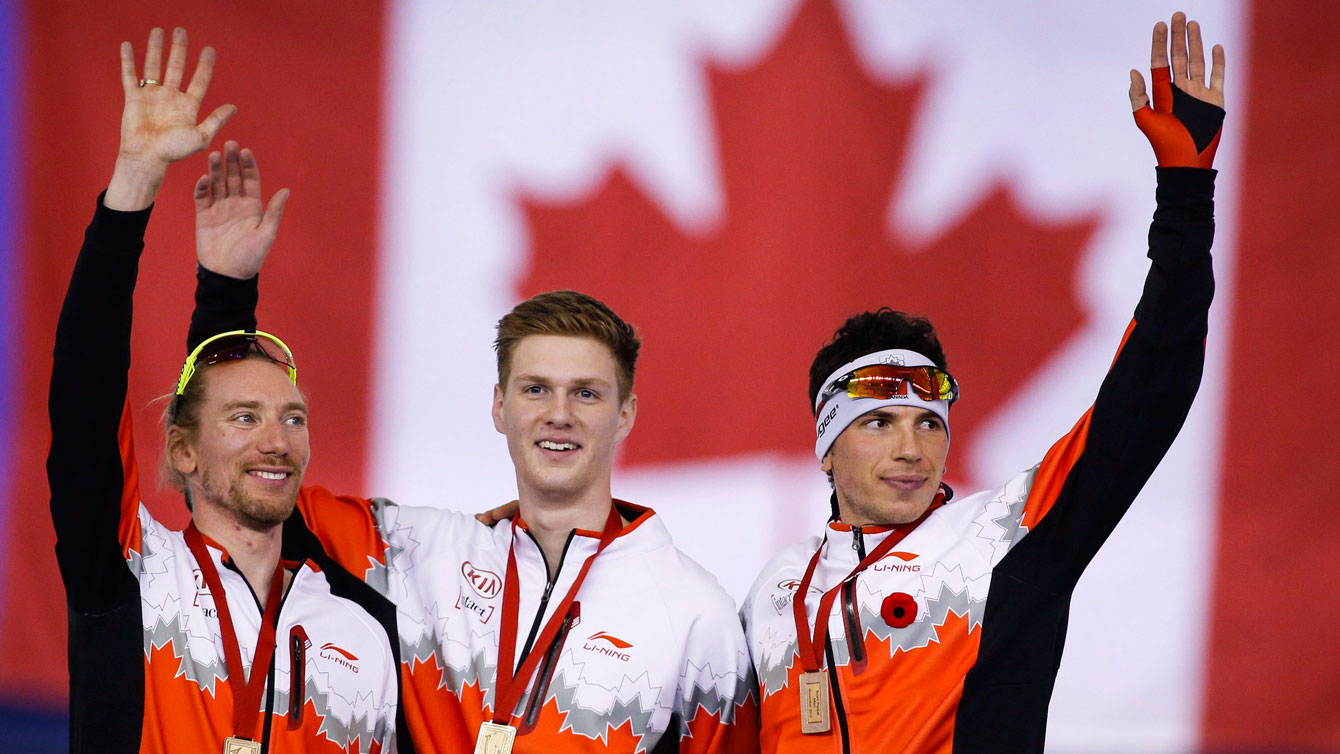 A pair of medals on Saturday arrived in team events, led by the trio of Ted-Jan Bloemen, Jordan Belchos and Benjamin Donnelly. They won the men’s team pursuit in 3:39.32, beating South Korea (3:39.60). Italy was third more than two seconds back of the top two finishers.

This was the second medal in as many days for Bloemen, who won an individual trip to the podium a day earlier (more on this under ‘Friday’ below).

The three-day medal haul for Canada got underway on Friday when Dutton won the first of his two individual 500m medals, a bronze behind double-gold winner Kulizhnikov, and Finland’s Mika Poutala.

Bloemen’s first of two ‘A’ division (medal round) podium moments arrived in the men’s 5000m, where he struck for bronze behind Netherlands duo of Sven Kramer and Jorrit Bergsma while setting a Canadian record of 6:12.72.

The next World Cup event will be in Salt Lake City, Utah in the United States from November 20 to 22.