We all know the struggles of packing for a trip, crossing off the mental checklist of clothes and toiletries.

For high performance athletes, the checklist expands to include competition wear, warm-up gear, not to mention their actual sports equipment. Now imagine you also need to prepare and pack most of the food you’ll consume while away from home. Such is the life of figure skater Meagan Duhamel.

The three-time Olympic medallist and two-time world pairs champion with partner Eric Radford has been a vegan for a decade. In November 2015, Duhamel gave us a glimpse into her luggage as she prepared for a competition in Japan.

So what did she have in there?

Sweet potato, tofu and tempeh burritos which were frozen for travel and will last a few days in the hotel fridge to serve as dinner while in Japan

Coconut water for daily training sessions. Almond milk for cereal and oatmeal in the mornings. Chia snack pack is high in omega-3, fibre and protein but also contains kale and spirulina for organic greens. 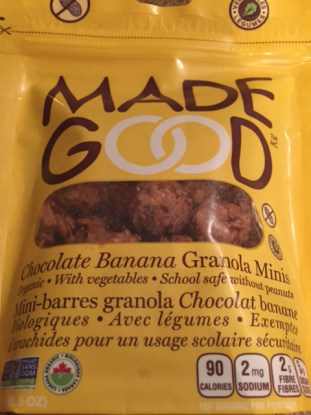 Granola bites for munching on the plane

Nutritional yeast, high in vitamin B12, to be sprinkled on vegetables

Pumpkin seeds are high in iron and protein, making them a good snack on the road

“I bring as much as I can and then I do my research on what type of vegan restaurants there are in the area,” said Duhamel. “I bring enough food to last me a couple of days and then if I need more meals, I have these restaurant options.”

Being prepared with her food is a lesson Duhamel learned the hard way.

She adopted the vegan diet on December 1, 2008, going cold turkey off all animal products after a book had caught her eye while leaving an airport. Skinny Bitch was the title and she devoured it in one sitting, despite having never heard the term vegan before.

“The next morning I woke up and I cleaned out everything, my closet and my cupboards, my fridge,” said Duhamel. “I had a coffee without milk for the very first time because I had no milk alternatives in my house and it just kind of took off from there. So it was a complete spur of the moment decision.”

Her first trip as a vegan was to the Canadian championships in Saskatoon that January.

Made a fresh supply of granola :-)

“We had flown in and then we had to go straight to a practice and I was like ‘oh I’ll get something at the rink to eat’, without thinking,” she recalls. “When we got to the rink, the only, not just vegan food, the only healthy food was bananas. So I was at the rink all day and I had two bananas with me.”

Since then, the organization of her food has become super important. It’s also become a little easier as veganism has become more mainstream. The website Happy Cow allows her to find suitable restaurants and stores in any city around the world because she’s realized she can’t always rely on the food provided by event organizers.

Luckily, in Japan the culture works to her advantage.

Japanese are taking good care of me!! Special vegetable breakfast!

But she has often struggled in Europe, especially France and Germany.

“Because they generally don’t even have like salads at restaurants. Their salad would be iceberg lettuce with tomato,” says Duhamel. “But that’s not enough to nourish me through a dinner. It’s not spinach salad with all these vegetables and a couple of nuts.”

In December 2014, she and Radford were part of a two week skating tour in Germany. Despite assurances that she would be provided with vegan food, all that was available was soft pretzels with mustard. She’s since been much better prepared.

One of her toughest food experiences came during the 2014 Olympic Winter Games in Sochi where she was part of Canada’s silver medal in the inaugural team event. It was a longer trip than is usual for figure skating competitions so she couldn’t pack enough of her own food to last past the first few days when she would be competing. She had hoped for a yogurt alternative in which she could put the five jars of homemade granola she’d packed but it was nowhere to be found. Instead she mashed tofu into a yogurt-like texture. Her dinner every night was an Indian lentil stew, because despite the dining hall in the athletes’ village being massive, it was far from vegan-friendly.

Despite the best efforts of Canadian mission team staff to accommodate athletes with special dietary requirements, they could only work with what was available in the local grocery stores.

“I was craving spinach and kale and Swiss chard and broccoli like you wouldn’t believe when I got home,” said Duhamel.

But as much of as hassle as it is to ensure she is properly nourished on the road, Duhamel says it is outweighed by the benefits of her vegan diet, which is balanced with vitamin B12 and iron supplements.

“I lost weight, pretty quickly. That wasn’t my sole purpose of doing it, but I did lose weight rather quickly,” says Duhamel of the early days. “Slowly after a couple of months is when I started to notice a difference in terms of my sleep, the quality of my skin. Like I didn’t need to do anything but just wipe my face at night. My skin started glowing more and my energy levels, my sleep. I wake up feeling more rested.”

With her toned body and muscular physique, Duhamel is a top contender as the world’s fittest figure skater. She has to be to train and perform such elements as the quad throw Salchow.

“My diet alone allows me to train well and train a lot, because I rarely lack energy in training,” says Duhamel. “I mean in the afternoon when everyone’s dying at the gym, I usually seem to be the one that has a little bit more energy left at the end of the day.” 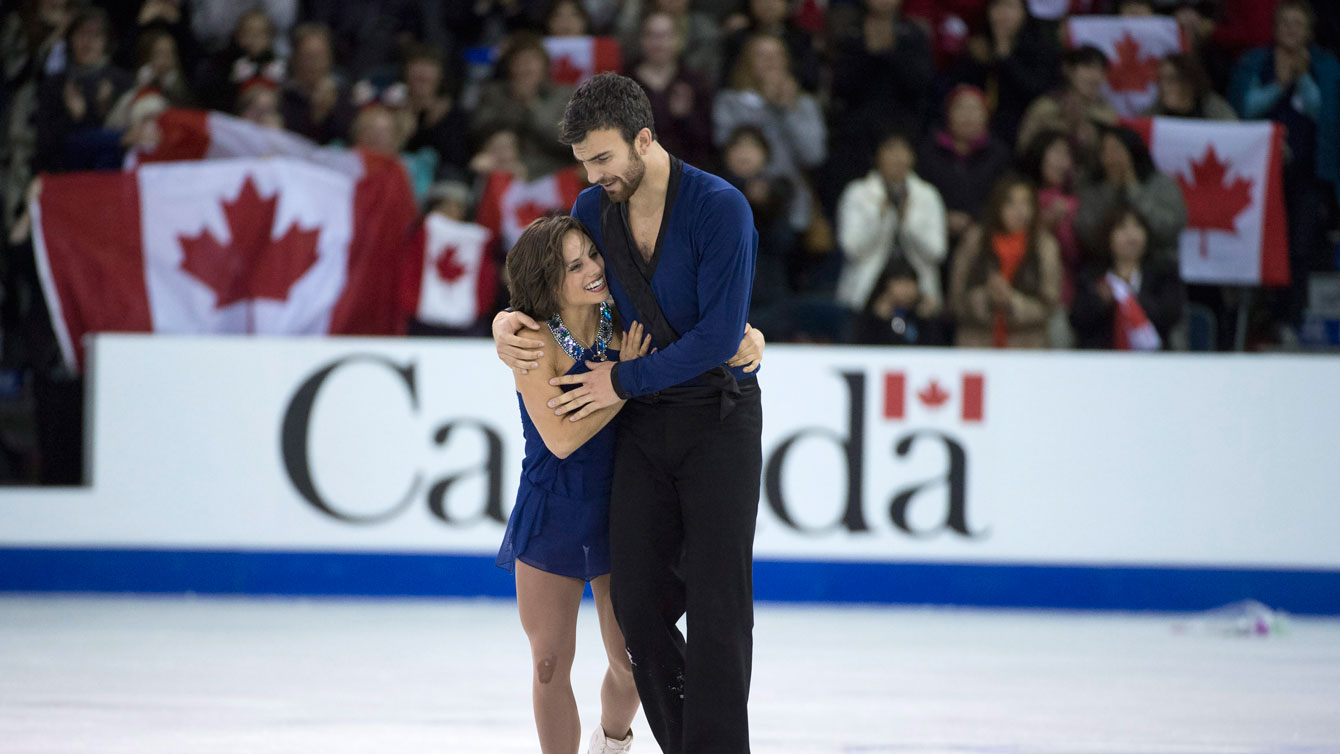 Meagan Duhamel and Eric Radford at the conclusion of their pairs free program at Skate Canada International on October 31, 2015.

She’s also amazed by her rate of recovery.

“I was having really bad knee pain this summer for a week and then it just went away. Like I recover really fast because of the foods I think I’m putting into my body,” said Duhamel. “There’s not really a finger on why, what it is, but any of the vegan athletes that I’ve read about or come in contact with, seem to have this remarkable rate of recovery after a tough workout or something like that.”

Made my first lasagna! All vegan. Tofu ricotta cheese and spinach filling and kamut noodles.

Describing herself as focused and self-motivated, since becoming vegan Duhamel has gone from having no nutritional knowledge whatsoever to studying holistic nutrition for two years at the Canadian School of Natural Nutrition after discovering her passion for food. She has her own healthy living blog, Lutz of Greens.