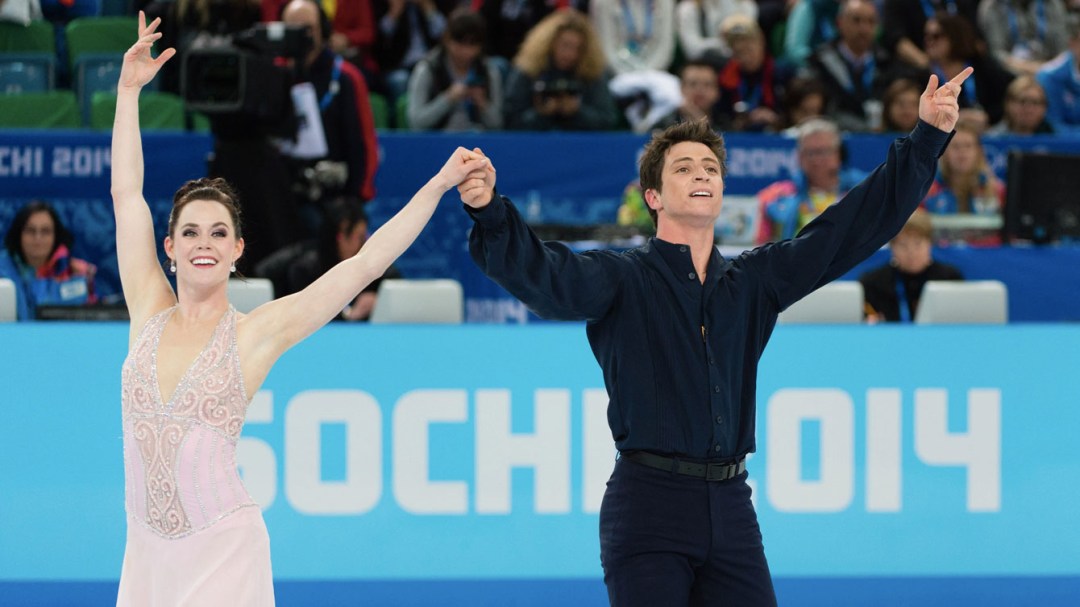 They’re coming back. Olympic champions Tessa Virtue and Scott Moir have decided to take another run at the Games, making the news official on CBC’s Road to the Olympic Games.

“We are so excited,” Virtue told host Scott Russell. “I don’t think that will come as a surprise to many people. We still have that fire and are really anxious to get back on competitive ice.”

“The biggest motivation is that we still love the sport,” added Moir. “We needed time off after Sochi but then there was a time when we walked back in a rink and got excited again.”

Virtue and Moir haven’t competed since winning two silver medals at Sochi 2014. The two-time world champions also confirmed that they will be moving their training base to Montreal to work with two-time world silver medallists Marie-France Dubreuil and Patrice Lauzon. Virtue called the decision a “no-brainer” after having worked on show programs with them over the last couple of years. 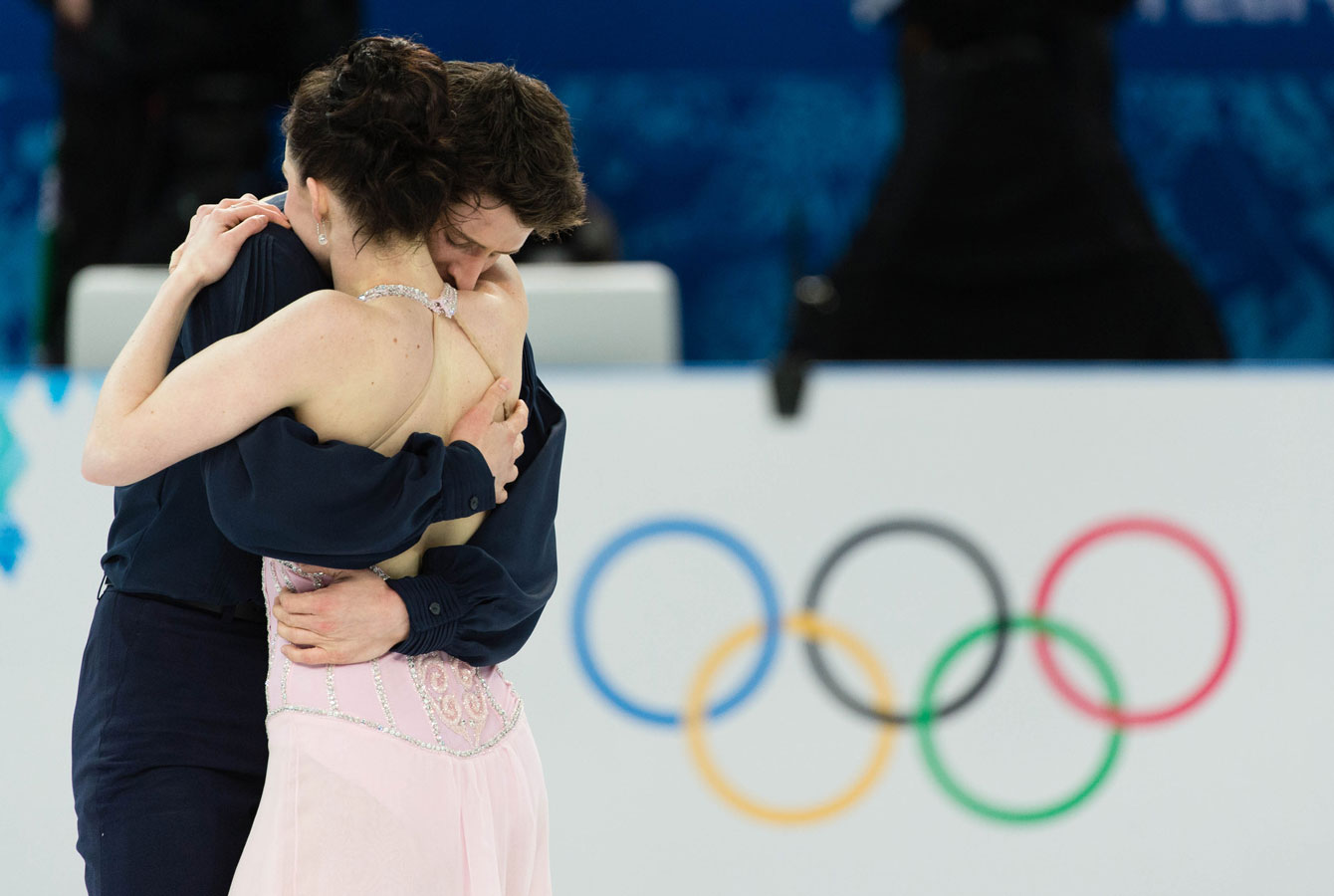 Tessa Virtue and Scott Moir at the conclusion of their Sochi 2014 Olympic program at Iceberg Skating Palace.

“We just have a really special rapport with them and most importantly of all we love what they do on the ice,” Virtue told Russell. “We love their approach, we’ve been working pretty tirelessly on new technique. They have such a vision for the direction our skating should head in.” 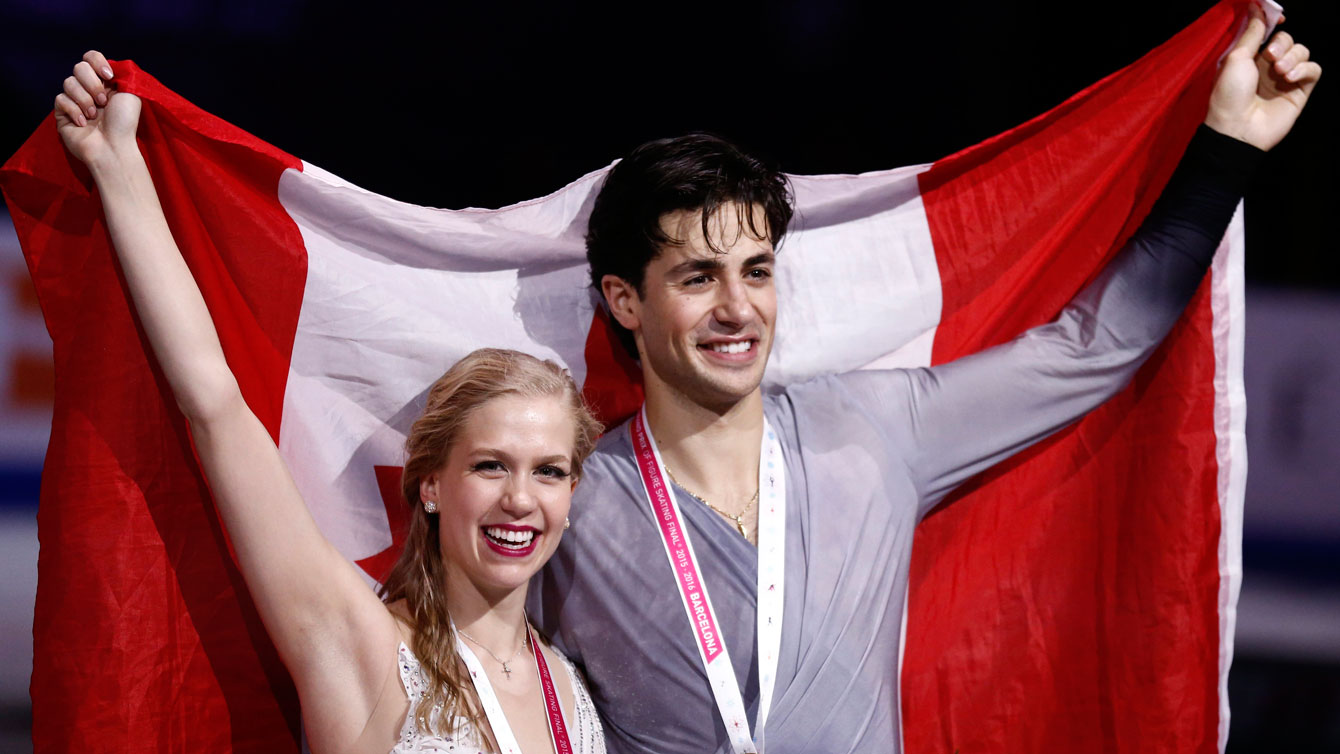 Kaitlyn Weaver and Andrew Poje on the podium after winning the ice dance title at the Grand Prix Final in Barcelona on December 12, 2015.

Virtue and Moir told Russell that the comeback isn’t because they’re necessarily needed by the Canadian team, joking that there’s no space for them with the current success of two-time world medallists Kaitlyn Weaver and Andrew Poje. Instead, it’s about wanting to push themselves to accomplish some more personal goals.

Looking ahead, they’ll tour with Stars on Ice this spring and then officially begin training on June 6 with an eye on competing this fall.