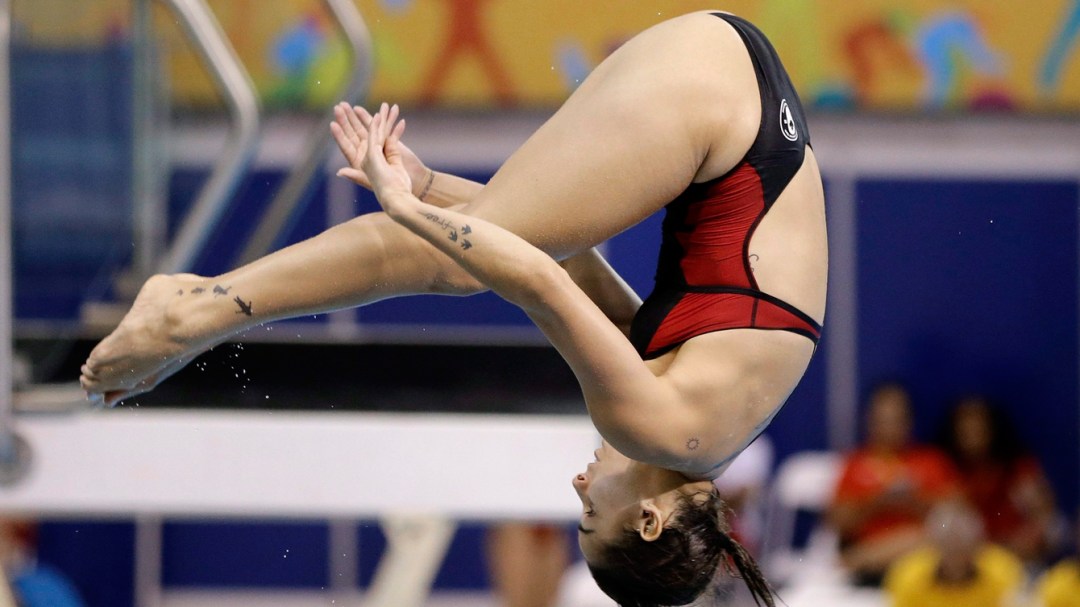 Ware dives to bronze at FINA World Series in Beijing

Feature photo: Pamela Ware dives to silver in the women’s 3m springboard event at the Pan Am Games  on July 12, 2015 in Toronto. (Mark Humphrey)

Pamela Ware dove to a 3m springboard bronze medal, while Jennifer Abel and François Imbeau-Dulac won silver in 3m mixed synchro at the FINA World Series in Beijing on Saturday.

Ware brought home Canada’s first medal of the three-day competition, after she secured the women’s 3m bronze medal with a score of 322.15. China’s Shi Tingmao won the event with a score of 348.10, while her teammate He Zi finished second after scoring 338.10. Canada’s Abel also qualified for the final and placed fifth with a score of 300.80.

Abel teamed up with Imbeau-Dulac to win silver in the 3m mixed synchro event. The Canadians scored (294.24) to finish between Chinese winners Han Wang and Hao Yang (327.60) and Italy’s Tania Cagnotto and Maicol Verotto (289.20).

Although 3m mixed synchro is not an Olympic event, Canada also competed in the 3m and 10m synchro events on Friday. In the women’s 10 m event Meaghan Benfeito and Roseline Filion just missed the podium after finishing in fourth, while Philippe Gagné and Vincent Riendeau placed sixth in the men’s event. Ware and Abel dove to fifth in the 3m synchro event, Imbeau-Dulac and Gagné finished seventh in the men’s competition.

Next up, Canadians will compete in the 10m platform individual and mixed synchro events on Sunday. 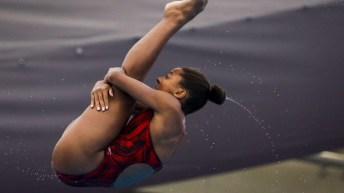