Wearing the maple leaf: Team Canada through the decades

Just as fashion evolves, so too does Olympic fashion.

So with Tokyo 2020 just under a year away, there’s not a better time to look back to see what Canadian athletes wore at past summer Olympic Games. 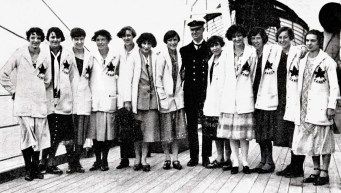 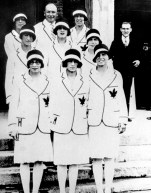 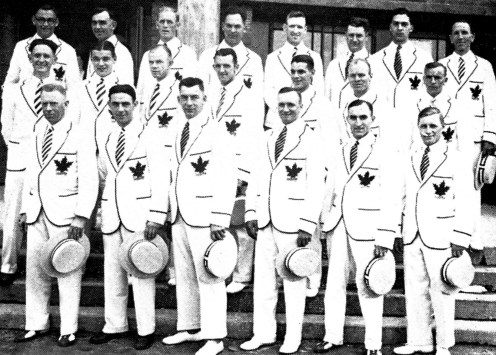 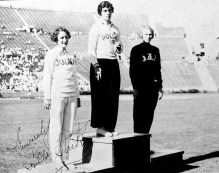 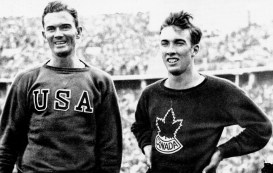 Canada’s John Loaring (right) participates at the 1936 Berlin Olympics, where he won a silver medal in the 400m hurdles event. (CP Photo/COC) 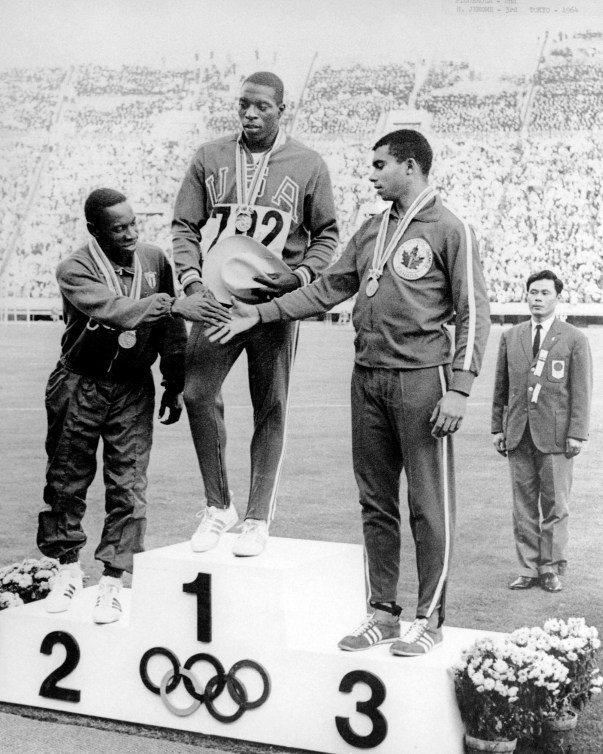 The simple tracksuit never goes out of style. 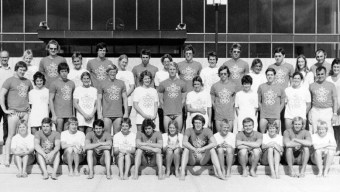 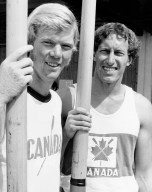 Canadian athletes make their entrance at the Opening Ceremony for the 1976 Olympic Games in Montreal. (CP PHOTO/COC/ RW)

Abby Hoffman carries the Canadian Flag as she leads her team into the Olympic stadium in Montreal July 17, 1976 during the opening ceremonies for the games. Hoffman, 29, from Toronto, will compete in the 800 meter run. (CP PHOTO/ file)

Robin Corsiglia on the podium at the Montreal 1976 Olympic Games

One look at these uniforms and you know you’re in the ’70s. The wide-legged pants. The large-collared shirts. The bucket hats. Even the cut of the t-shirts. 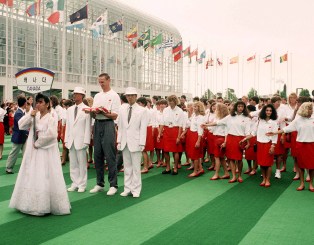 There’s also no mistaking these for anything but the ’80s. The sweater vests. The polo shirts. 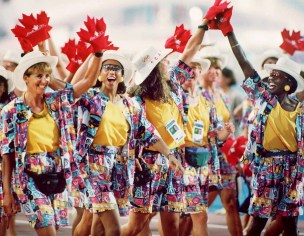 Two very different vibes from the ’90s. At Barcelona 1992, it was all about splash and colour. At Atlanta 1996, it was a step back in time to celebrate the centennial of the Olympic Games. 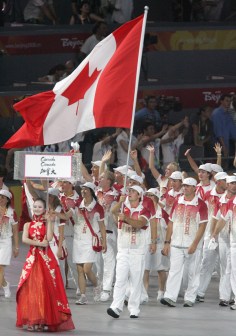 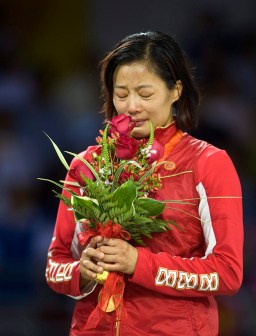 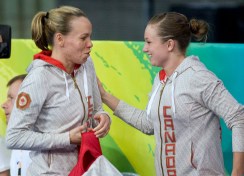 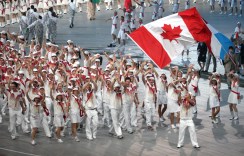 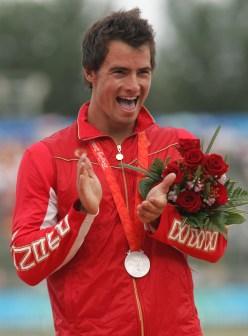 Adam van Koeverden of Toronto on the podium with his silver medal in the men’s kayak single 500 metre final at the summer Olympics in Beijing, China, Saturday, August 23, 2008. THE CANADIAN PRESS/COC – Mike Ridewood 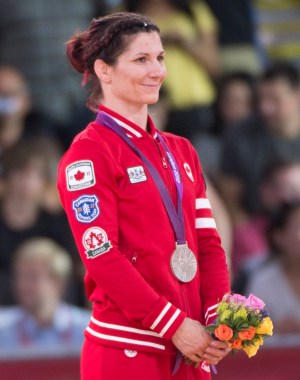 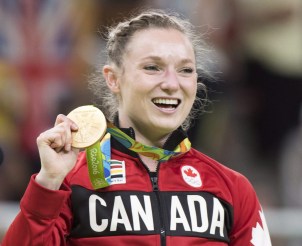 Team Canada wave as they walk into the stadium during the opening ceremony for the 2016 Summer Olympics in Rio de Janeiro, Brazil, Friday, Aug. 5, 2016. (AP Photo/Matthias Schrader)

Canada’s Damian Warner celebrates with his national flag after winning bronze in the men’s decathlon during the athletics competitions of the 2016 Summer Olympics at the Olympic stadium in Rio de Janeiro, Brazil, Thursday, Aug. 18, 2016. (Photo credit: AP Photo/Lee Jin-man) 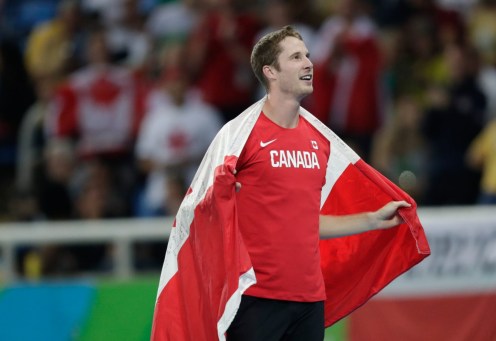