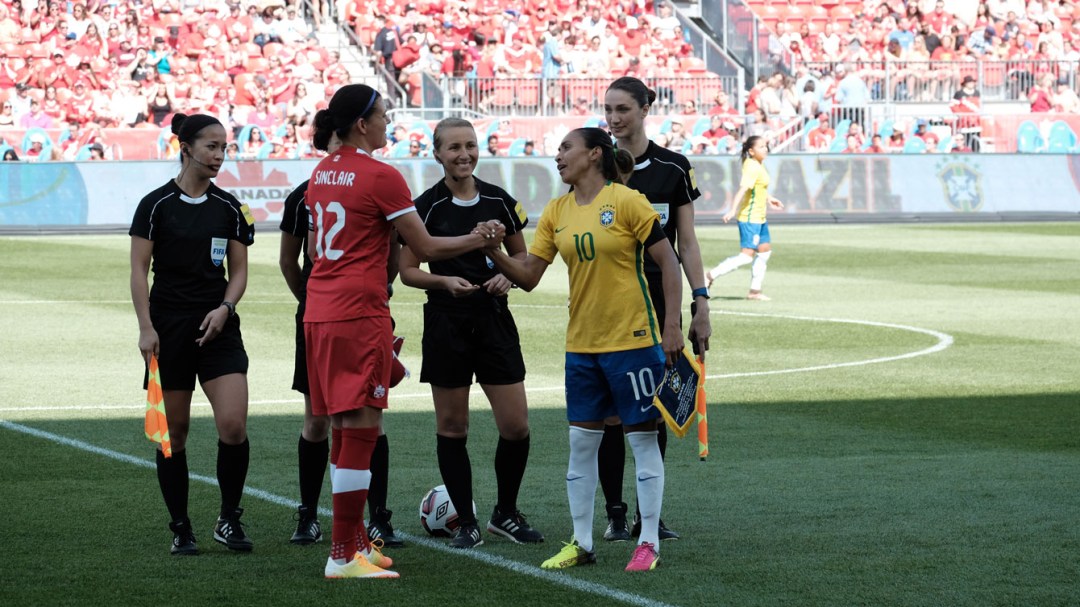 After losing the Algarve Cup to Canada last March, Brazil had its revenge on Saturday.

Rio 2016 hosts defeated the Canadian team 2-0 in front of a crowd of 28,604 fans at BMO Field, in Toronto. With both goals scored by the five time FIFA World Player of the Year Marta, the visiting team guaranteed the first victory in the two-game friendly series. 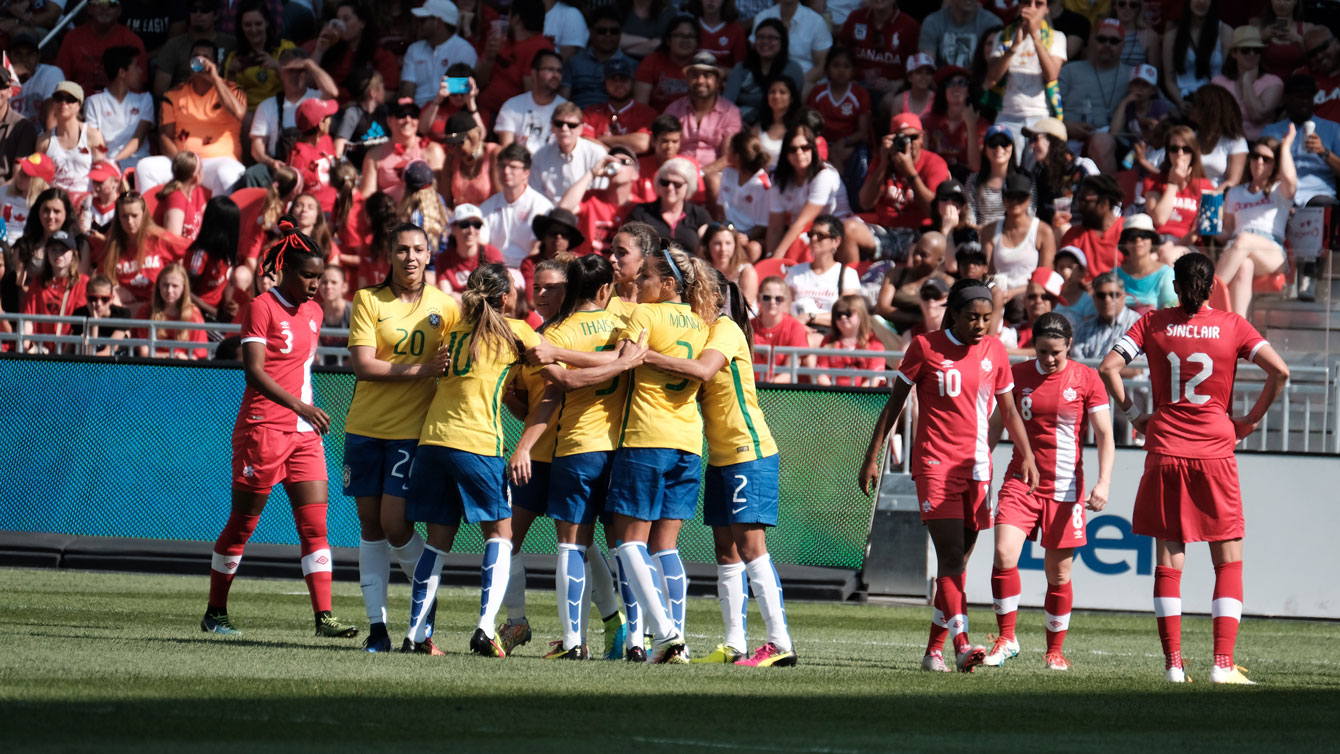 Brazil defeated Canada by 0-2, with two goals scored by Marta

Despite the final score, the game was as difficult as the Brazilian team expected. “It was a beautiful party, it is always amazing to play against Canada. It was a really hard game from the beginning. Even when we scored the second goal, Canada tried to go forward,” said the Brazilian head coach Vadão.

Vadão also highlighted the quality of the hosts. “Canada is a young team, with some experienced players like (Christine) Sinclair, and it’s a very strong and competitive team. When they need to go forward they do it very well and when they need to go back they also do this really well. I love to play against Canada because it is always a good game to play and to watch.”

This was the seventh win for Brazil, in a total of 17 games since 1996 against Canada, while the home nation has won five. The other five matches ended in draws. The two-game friendly series will continue in Ottawa, next Tuesday June 7 (live on TSN at 7 p.m. ET)