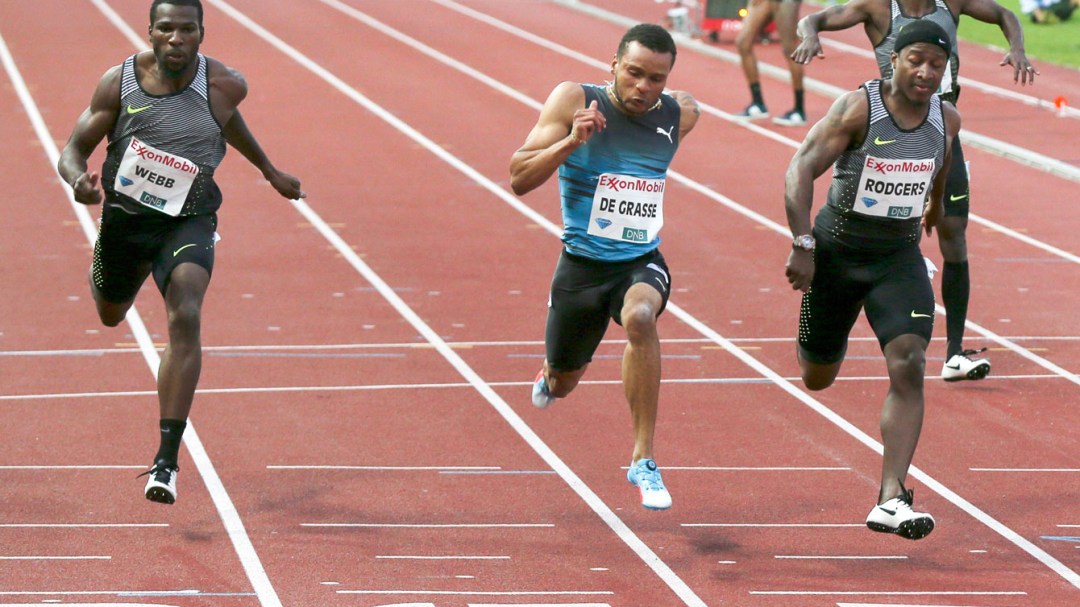 Andre De Grasse was the fastest man in Oslo, after winning the men’s 100m at the Diamond League event in Norway on Thursday. 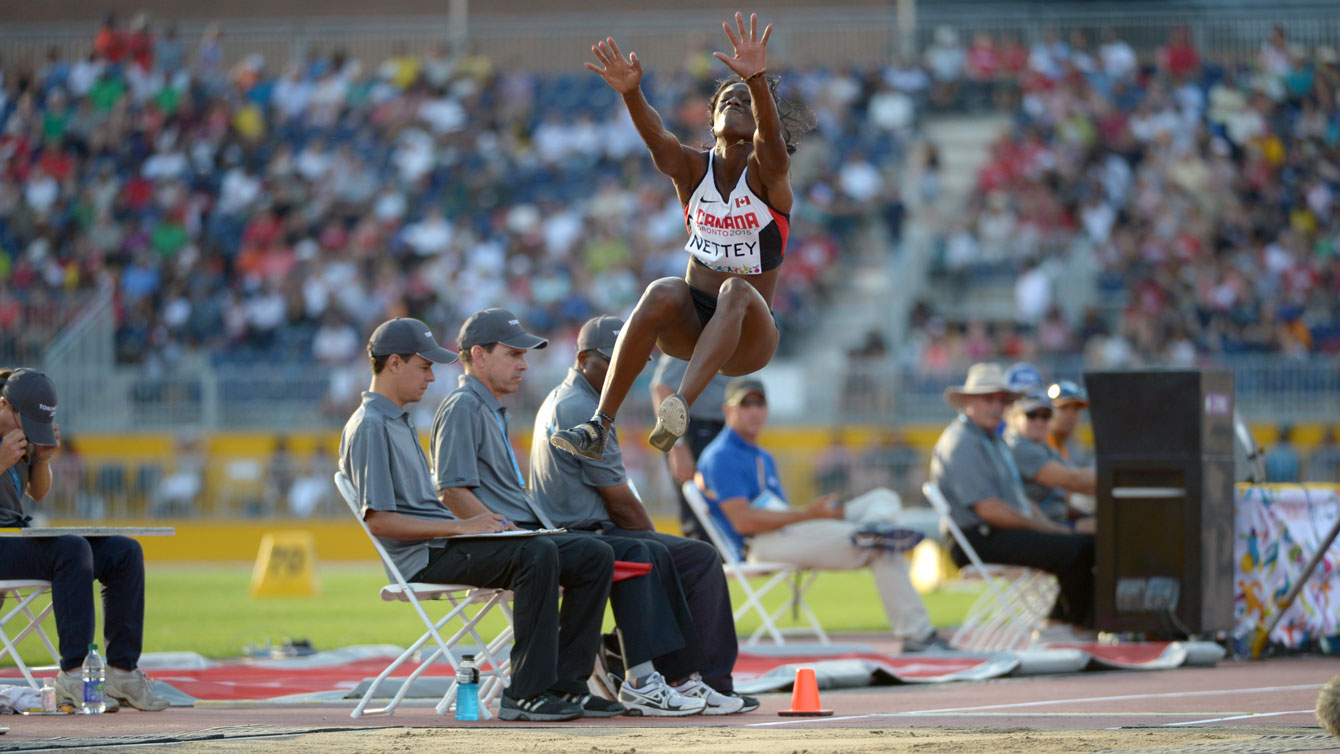 Christabel Nettey takes off at the Toronto 2015 Pan American Games in the long jump on July 24, 2015.

Tim Nedow had his best Diamond League result of the season, finishing fourth in men’s shot put with a throw of 20.40m.