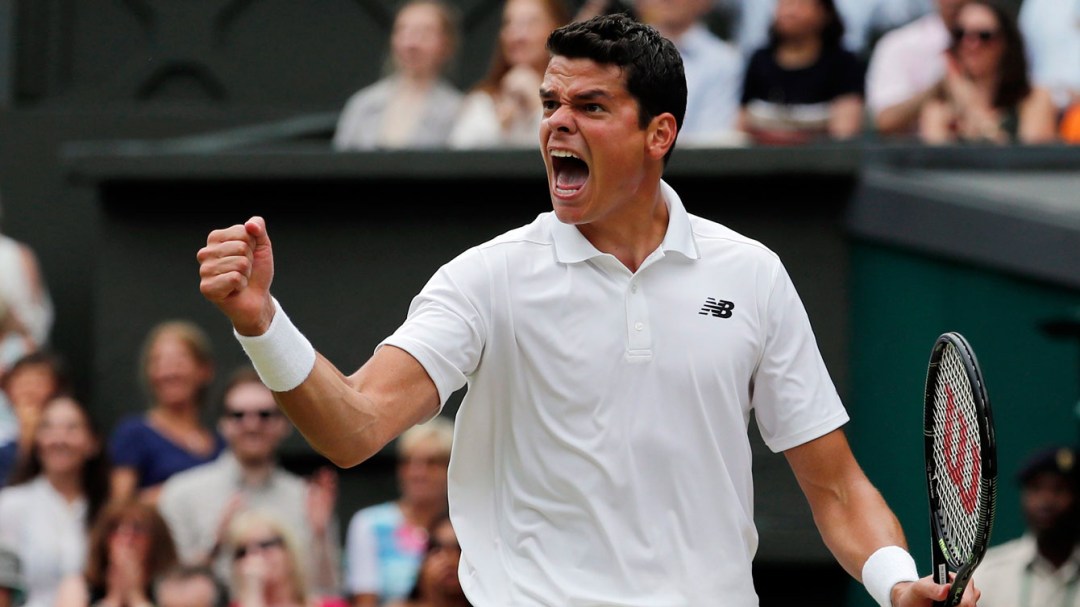 Overcoming an enthralling Wimbledon encounter against a legend, 25-year-old Milos Raonic made history on Friday, becoming the first Canadian male player to reach a Grand Slam singles major final in the Open era.

Another five-set epic for Roger Federer, but it's Milos Raonic who's celebrating a place in the #Wimbledon final… https://t.co/PRmBkhuq90

A chance at grabbing the momentum arrived early for Raonic, up 2-1 in the first set, the Canadian had a view to a break point after Federer ended two consecutive rallies by putting the ball into the net. The game ended on a double fault from the seven-time Wimbledon champion, gifting Raonic a 3-1 lead. Despite some resistance from Federer in the next game, Raonic consolidated on serve to go up 4-1 before taking a one set lead.

When it seemed Federer would even the tie in the second – up 5-4 and love-40 on Raonic’s serve – the Canadian clawed back to deuce before evening the set. The players held the next two games before going to tiebreak. There, Federer finally did even things up, taking two minibreaks from Raonic.

Federer went ahead two-sets-to-one by taking the third set, with a marked improvement in his service game, combined with a lapse from Raonic. Serving at 3-3, a double fault form the Canadian put Federer two points from a break at 15-30. After the players exchanged the next two points, a backhand unforced error by Raonic down 30-40 gave Federer the edge he needed to eventually win the third set. 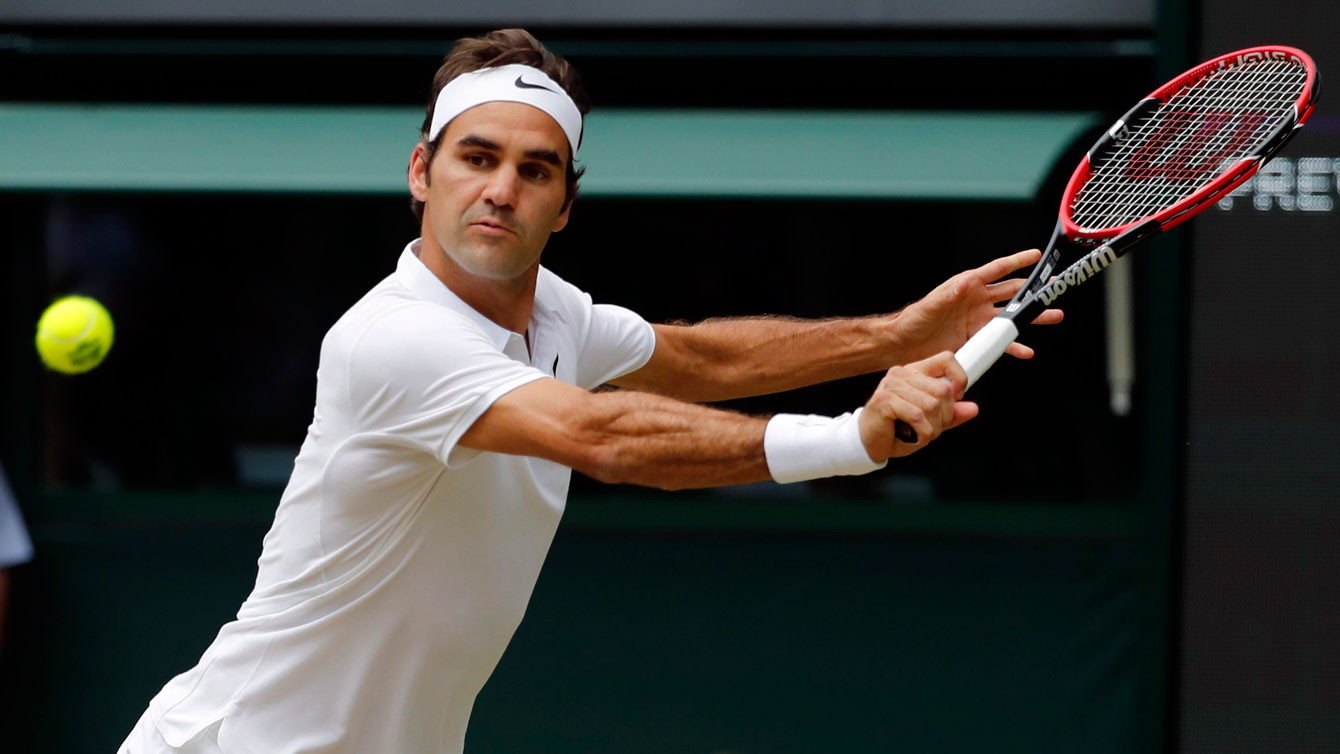 Roger Federer reaches for a backhand return against Milos Raonic at their Wimbledon semifinal on July 8, 2016.

In the fourth, each time Federer threatened to take the steps to close out the match, Raonic responded under pressure to save service games against three break points. At 6-5, Raonic finally had Federer on the ropes, remarkably reversing recent momentum down 40-love and then on his third set point, equalized on a backhand winner, forcing a decisive fifth.

In between sets, a trainer tended to Federer, showing tightness to his right leg. The 34-year-old who fought back from a two-set deficit against Marin Cilic further looked vulnerable after taking a tumble early, causing the trainer to return.

Merciless to his opponent’s plight, Raonic broke Federer’s serve to take a 3-1 lead in the fifth and consolidated to go up 4-1. From there, Raonic charted course for Canadian tennis history, closing out the match on serve. 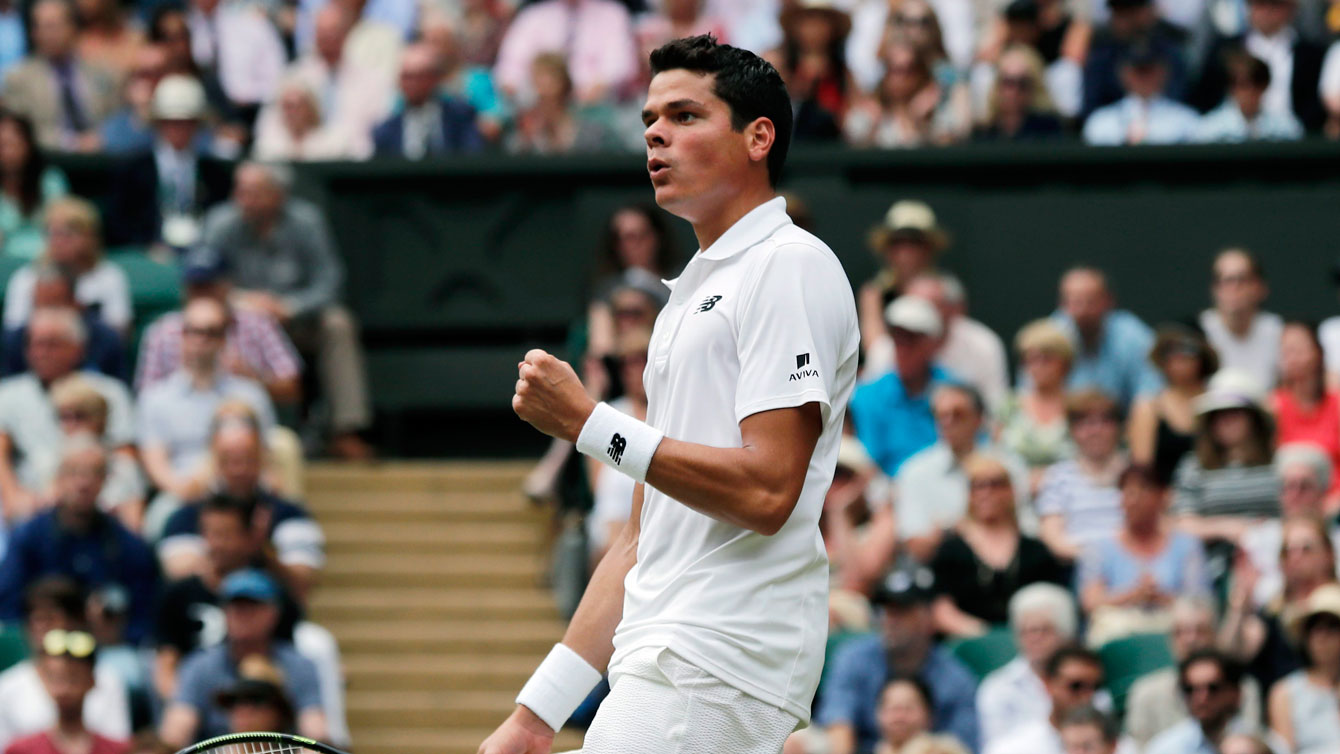 Milos Raonic celebrates a point against Roger Federer at their Wimbledon semifinal on July 8, 2016.

Raonic has enjoyed unprecedented success among Canadian male singles players at Wimbledon. Two years ago he reached the semifinals and this year he will go to the final round. Last Canadian male prior to Roanic reaching a Wimbledon final four was Robert Powell in 1908.

Genie Bouchard, who reached the Wimbledon women’s singles final in 2014, was the last Canadian to achieve the feat now matched by the ever-improving world number seven Raonic.