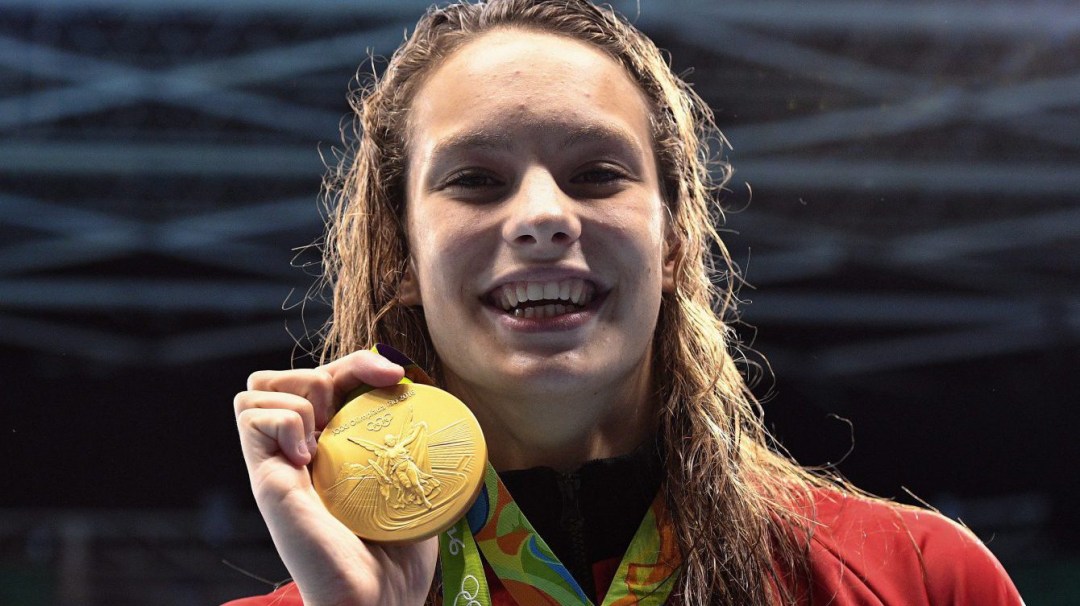 All of Canada probably knew that Penny Oleksiak was an Olympic champion before she did.

After swimming what some are calling the greatest 50 metres in Canadian history, Oleksiak took nearly half a minute before she turned around from the wall to see her name high on the scoreboard. And there it was, with a number one and an Olympic record next to it, with a matching notation for American Simone Manuel, who she tied for gold in 52.70 seconds. 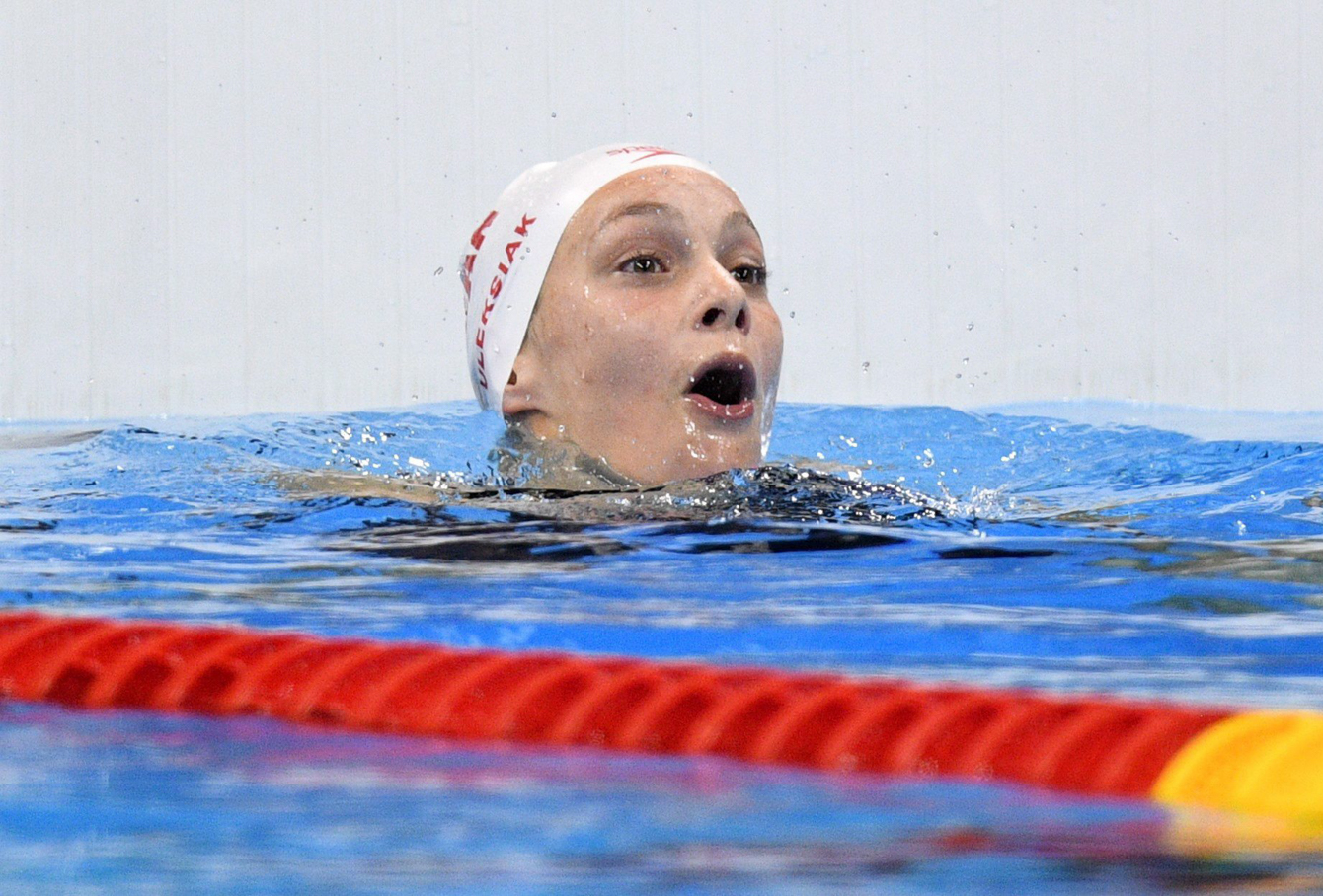 “I didn’t really know I tied until a few minutes after I finished,” the Canadian wunderkind told a packed press conference room. “When I got back to the ready room people were like ‘why did you wait five minutes to turn around?’ And as soon as I turned around I saw Olympic Record beside two names and then I knew and it was a great feeling.”

Ever since Oleksiak swam a world junior and Canadian record 52.71 in the semifinals on Wednesday night, there had been talk about the historic marks she could set, most notably her chance to become the first Canadian summer Olympian to win four medals at a single Games while tying Victor Davis with the most Olympic medals ever by a Canadian swimmer. 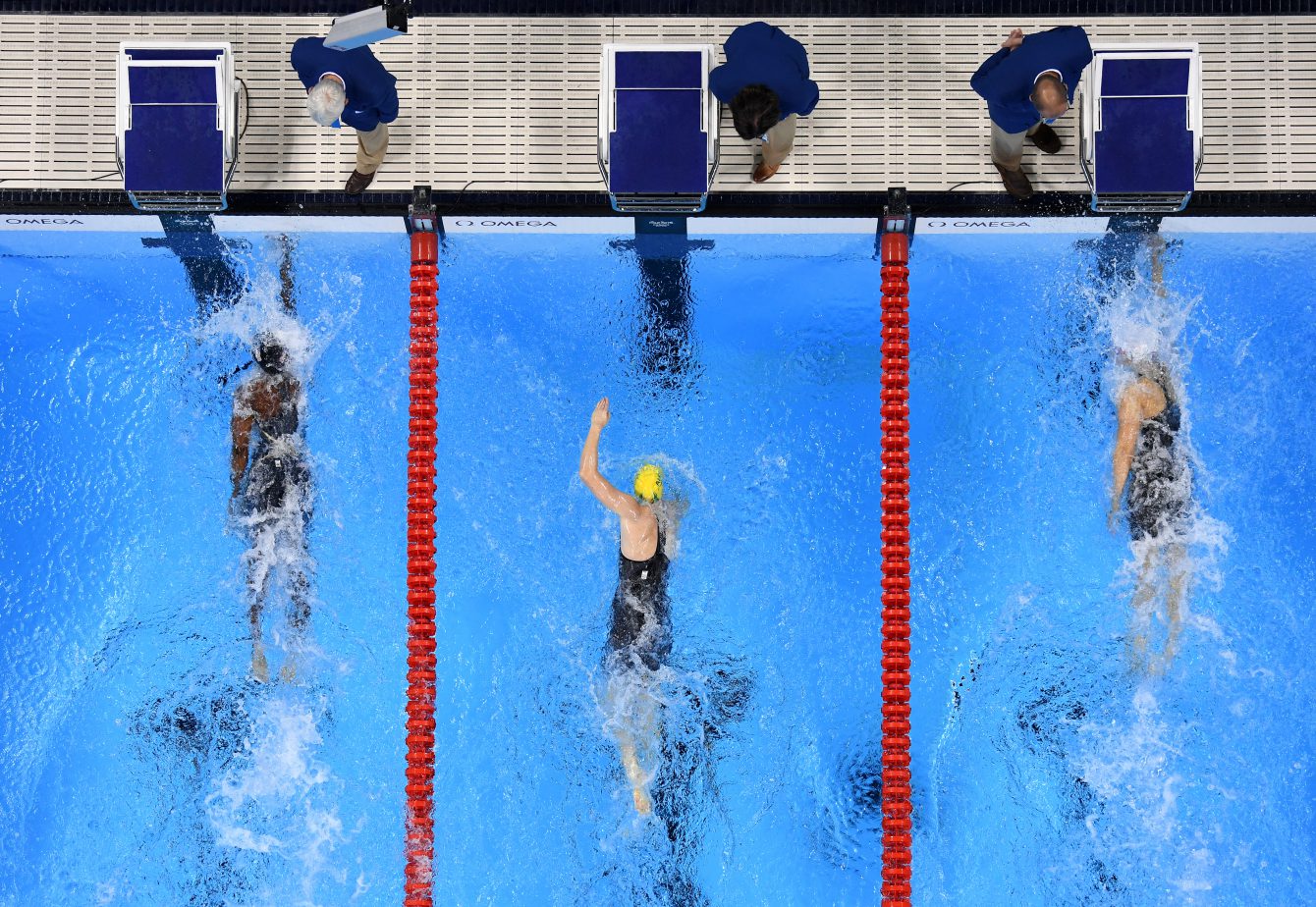 RIO DE JANEIRO, BRAZIL – AUGUST 11: Simone Manuel (L) of the United States and Penny Oleksiak (R) of Canada tie for the gold medal in the Women’s 100m Freestyle Final on Day 6 of the Rio 2016 Olympic Games at the Olympic Aquatics Stadium on August 11, 2016 in Rio de Janeiro, Brazil. (Photo by Richard Heathcote/Getty Images)

The actual outcome was one that few would have predicted before the race, and even less so at the 50-metre mark when she made the turn in seventh place. But Oleksiak herself said after winning silver in the 100m butterfly on Day 2, “I don’t think people really expect what’s going to happen.” 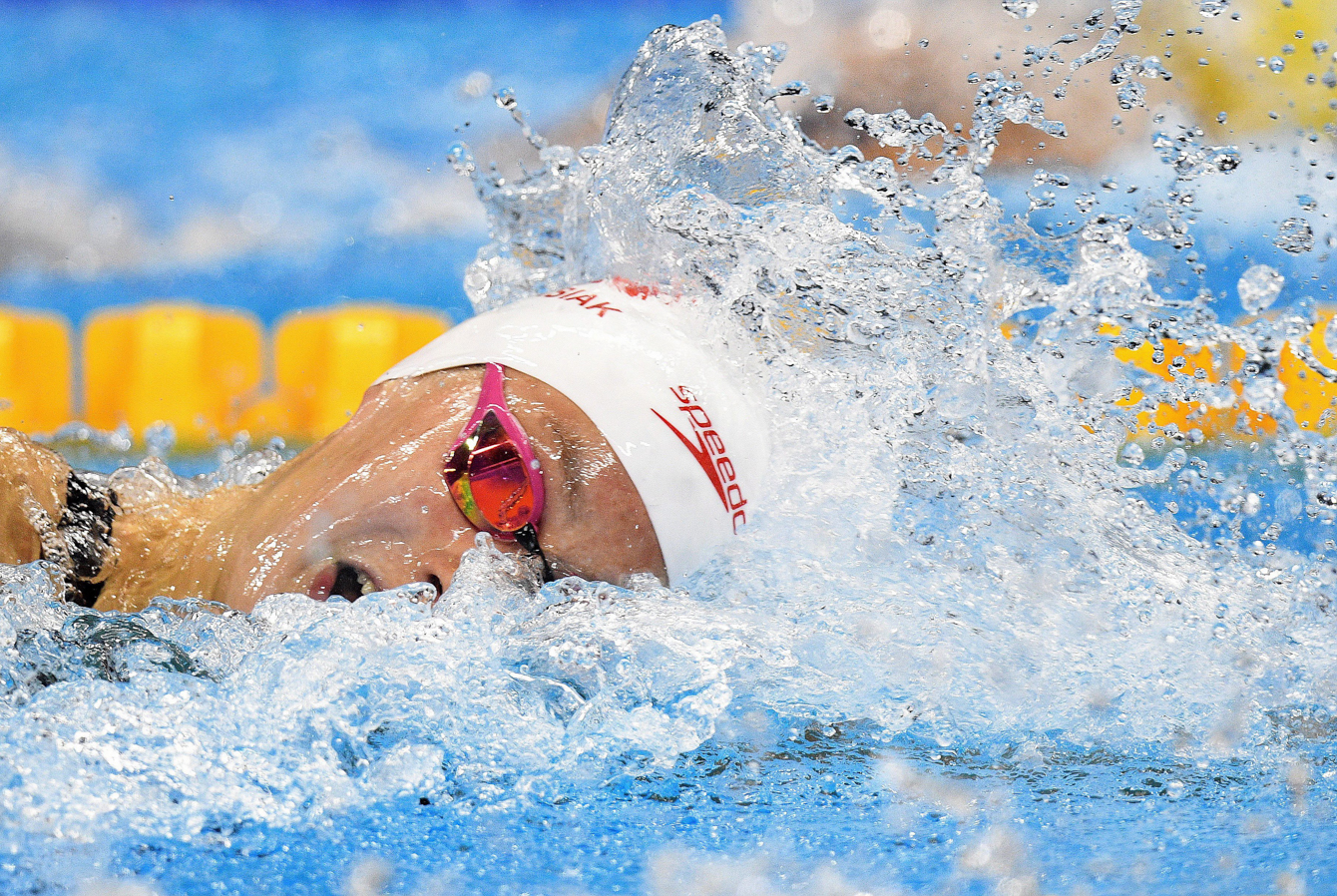 “At the turn I kinda saw that I was pretty far behind,” said Oleksiak, the first athlete in the world born after January 1, 2000 to win an Olympic gold medal. “I mean I know I turned after basically everyone. I just tried to bring it home fast.”

And fast she was. She covered the last 50 metres in 27 seconds flat, 0.46 faster than Manuel. Meanwhile world record holder Cate Campbell of Australia, who had led at the turn, faded to sixth overall with her second half 28.47.

That closing speed is something that was trusted and believed in when Oleksiak anchored both the 4x100m and 4x200m freestyle relays to bronze. 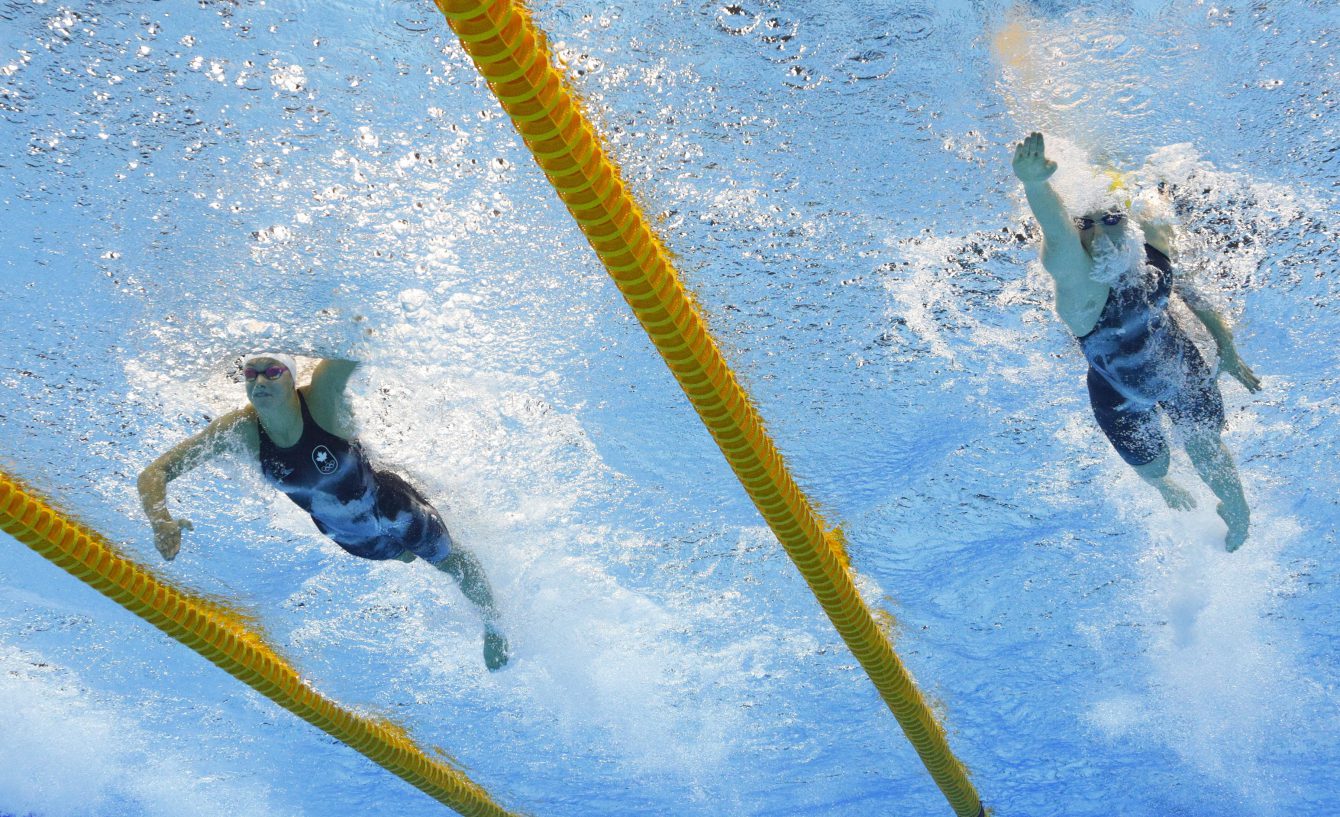 Beyond pure speed, it also takes a special kind of competitive drive to want to make up that kind of ground.

“I’ve always wanted to win, which is weird to say,” Oleksiak reflected. “I get a little agitated when I don’t.” 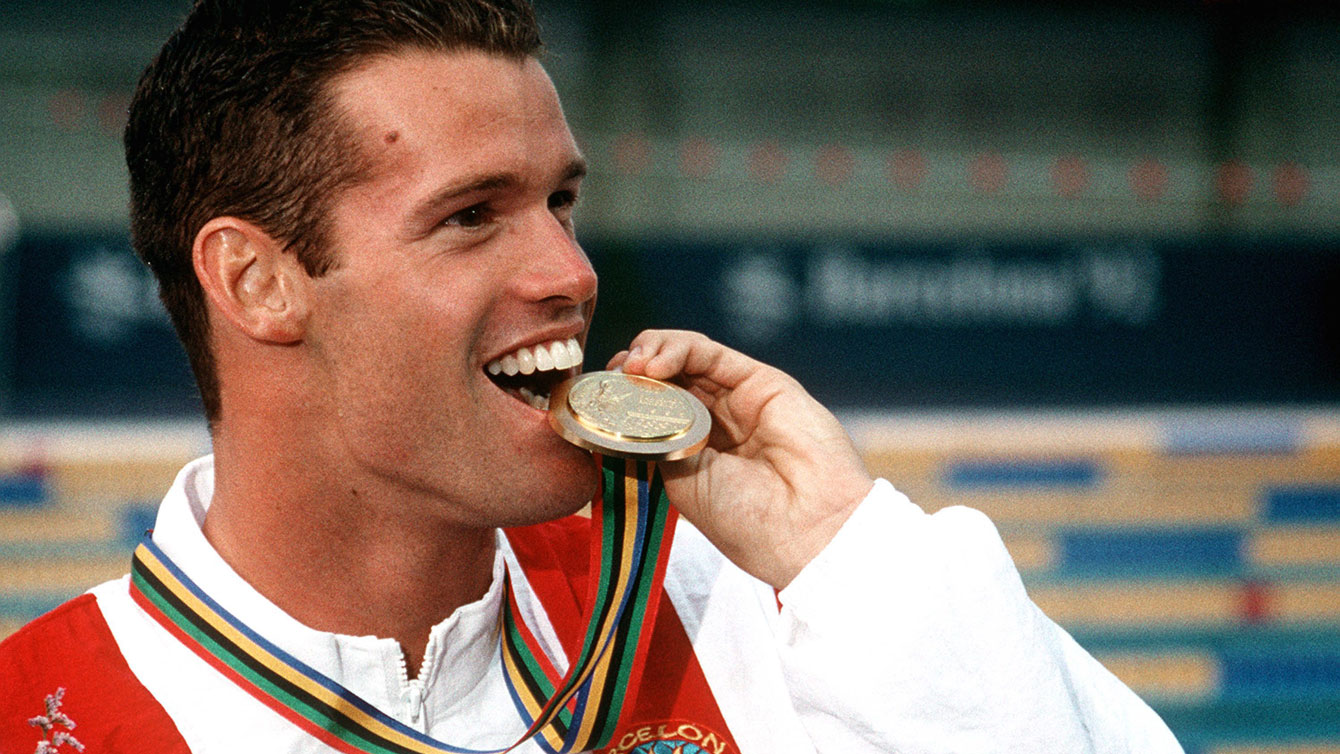 The tie for gold was just the third occurrence in Olympic swimming history, following the women’s 100m freestyle at Los Angeles 1984 and the men’s 50m freestyle at Sydney 2000. In both those cases, it was two Americans, which meant only the Star Spangled Banner played at the medal ceremony, In Rio, O Canada was put into the mix and played for the first time at the 2016 Games.

Oleksiak has now become the youngest Canadian Olympic champion ever, in winter or summer sport. At 16 years and 59 days she edges out shooter George Genereux who won trap gold at Helsinki 1952 at 17 years and 148 days. 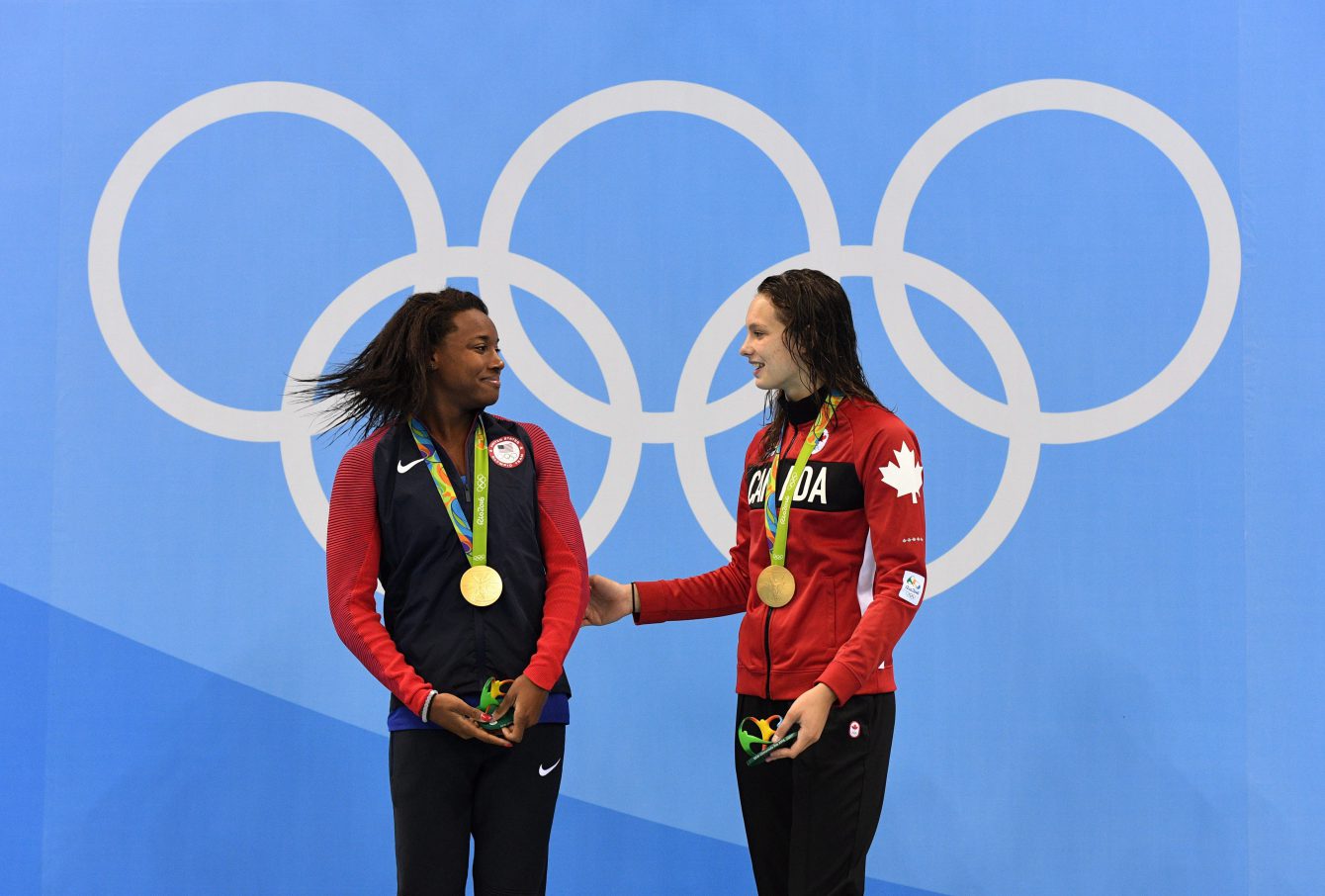 “I think everyone dreams about becoming an Olympic champion and it’s definitely something I’ve thought of but not super seriously. It’s always just been a dream,” Oleksiak said of her ambitions. “But coming here and getting to medal and to medal with Simone is just amazing.”

What more is there to say about Oleksiak? Her co-champion Manuel may have said it best in the simplest terms: “I mean I just met Penny today but she’s awesome.”

Yes Simone, she certainly is.