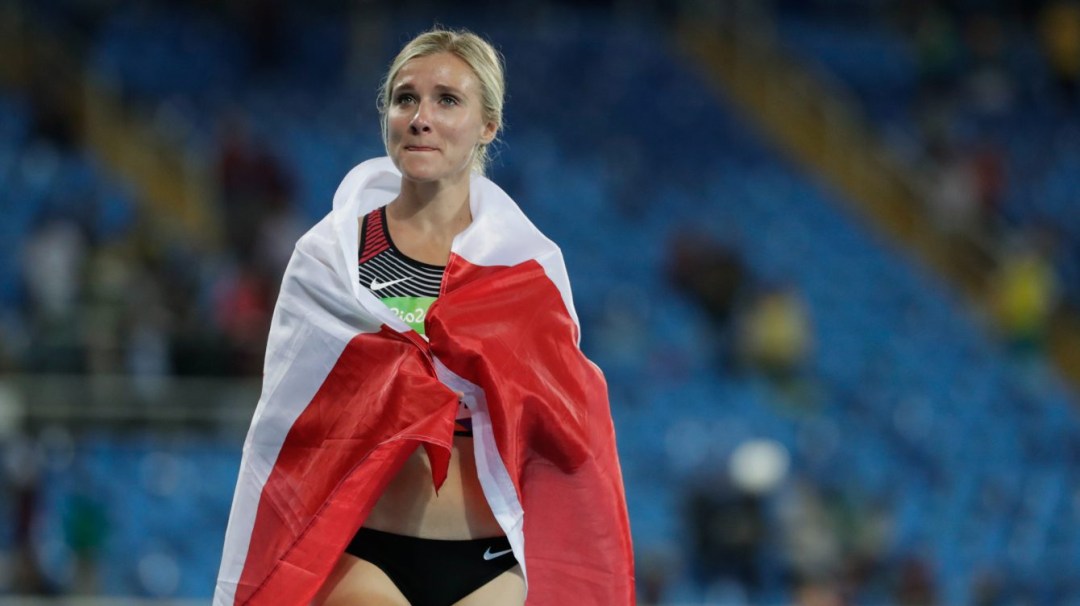 Recovering from a difficult first day, Brianne Theisen-Eaton reeled in three competitors on Saturday to win a bronze medal in the heptathlon with 6653 points. 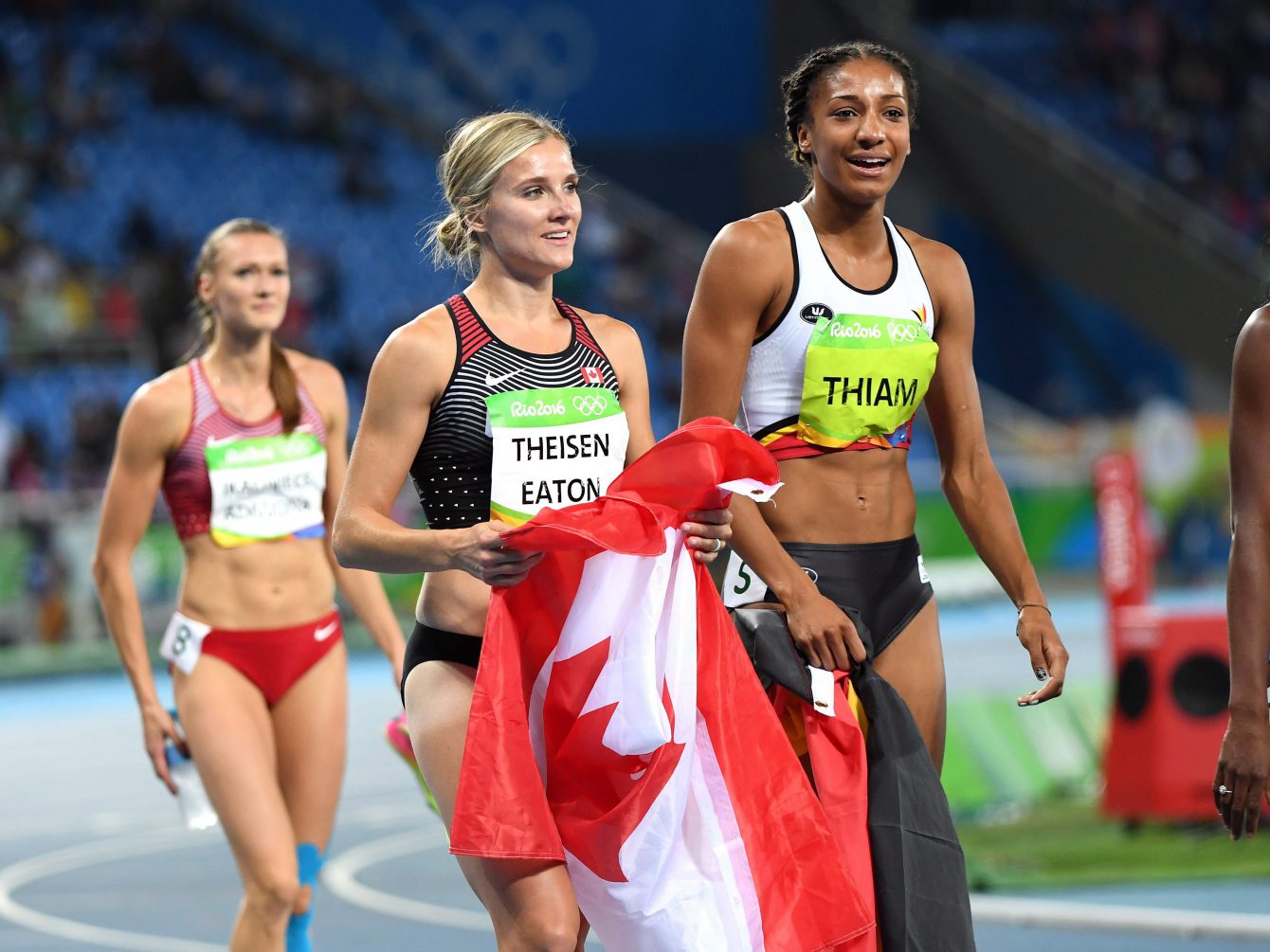 Coming down to the last two of the seven events over two days, Theisen-Eaton found the strength she needed to get on the podium after ending Friday in sixth place.

RELATED: Athletics – Canada and the Olympics

Theisen-Eaton clawed back up to fifth on Saturday after the long jump, but it was in the javelin that she came through with a clutch performance that put her back into medals at third place.

After Katarina Johnson-Thompson of Great Britain struggled to get a solid distance on her throw, and despite Akela Jones of Barbados launching a personal best of 42 metres, Theisen-Eaton stepped up when her time came and launched the projectile a stunning 47.36m, gaining the points required to leap over both Johnson-Thompson and Jones in the standings with one event remaining. 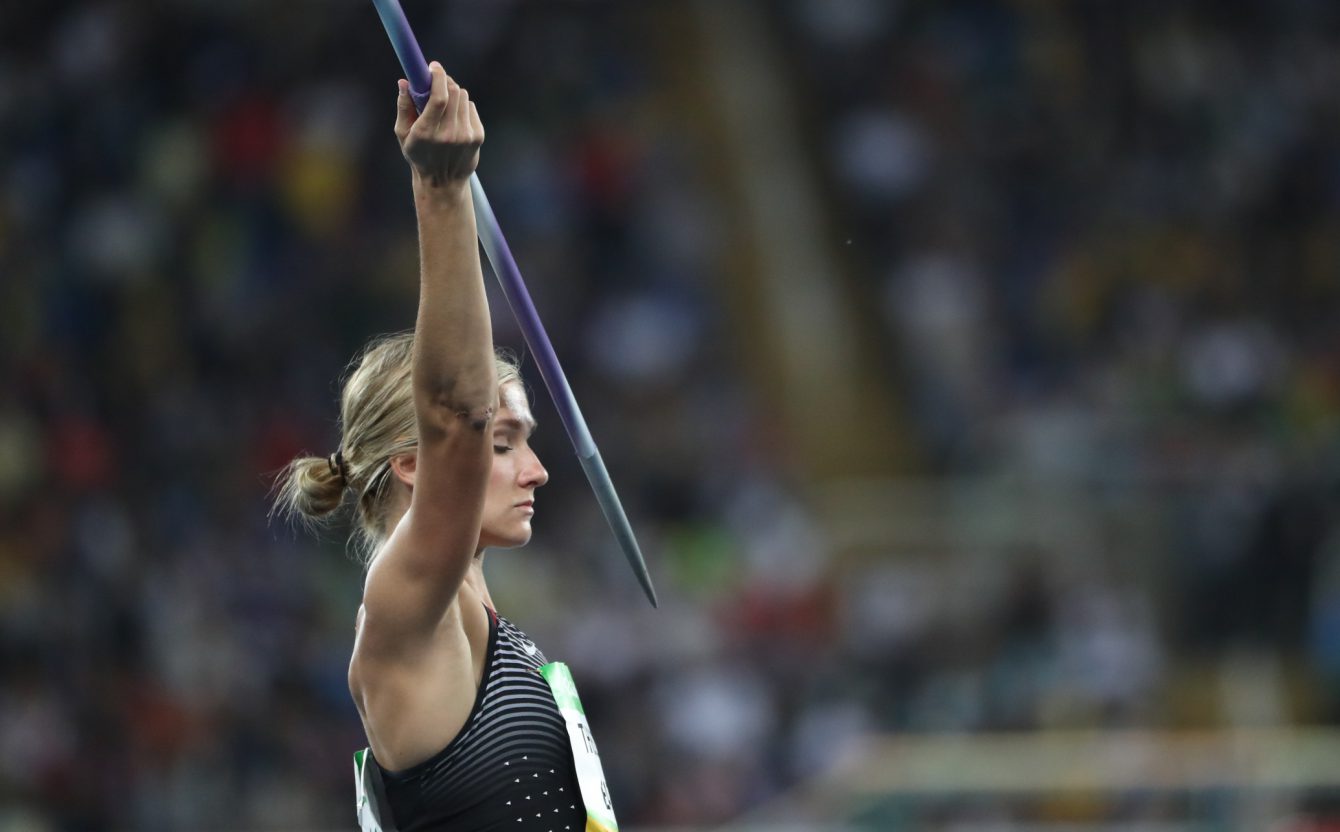 It was then in the 800m that Theisen-Eaton secured the bronze medal for Canada, clocking in at 2:09.50 and keeping her challengers close.

The heptathlon combines the 100m hurdles, high jump, shot put, 200m, long jump, javelin and 800m over two days, with points awarded for each event based on performance.