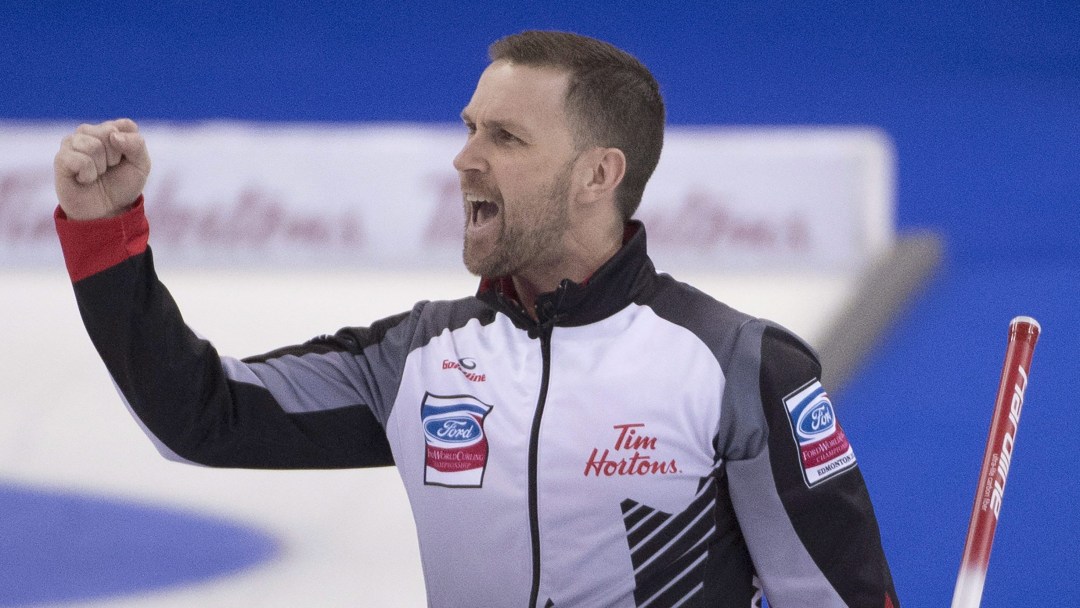 The dream season had its perfect ending when Team Gushue won the 2017 World Men’s Curling Championship in Edmonton, defeating Sweden 4-2 on Sunday night.

With the win, Brad Gushue becomes the first skip to ever win gold at the world juniors, world championships, and Olympic Games. Longtime third Mark Nichols now also owns all three titles. They were joined on the top of the podium by second Brett Gallant, lead Geoff Walker and alternate Tom Sallows. It just adds to the thrill of winning Newfoundland and Labrador’s first Brier in 41 years last month at home in St. John’s.

As expected when the top two teams were squaring off for the third time in the tournament, this one was a nailbiter.

After blanking the first end, Gushue was forced to make an easy nose hit for a single point in the second. But Swedish skip Niklas Edin could do no better on his first hammer opportunity, drawing to the button to tie it 1-1. 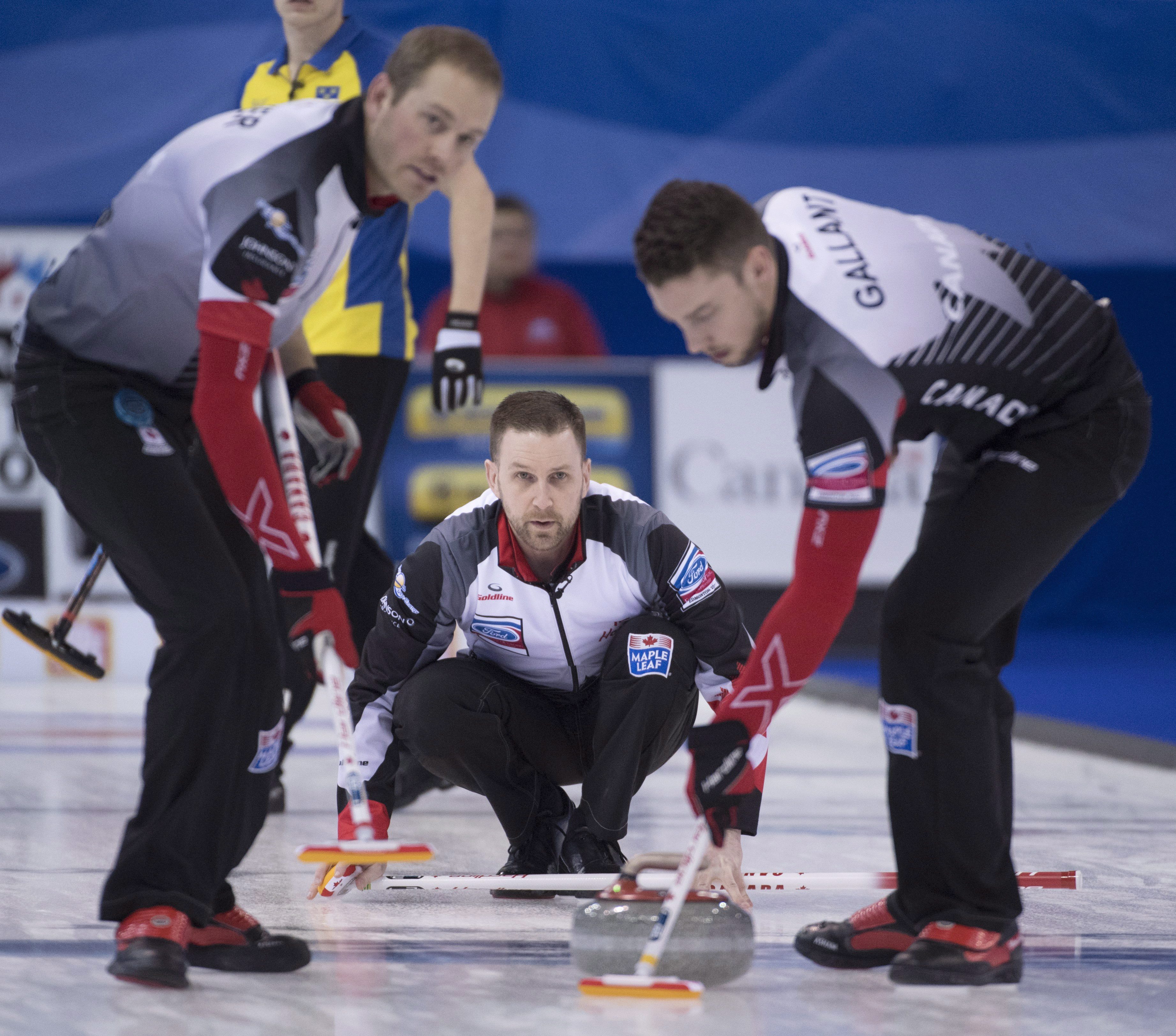 In the fourth, Gushue had a shot at two points, but after a successful hit, his shooter rolled just a bit too far and he had to settle for one. But then it took a great shot to hold Edin to a single in the fifth. After a beautiful double takeout on his first throw, he got the hit to lie three, leading to Edin making a hit to tie it up again.

After blanking the sixth and seventh, Canada took last rock into the eighth end. After a failed attempt at a double takeout on his first stone, Gushue was facing two Swedish rocks but he cleared them both and his own to hold onto the hammer. 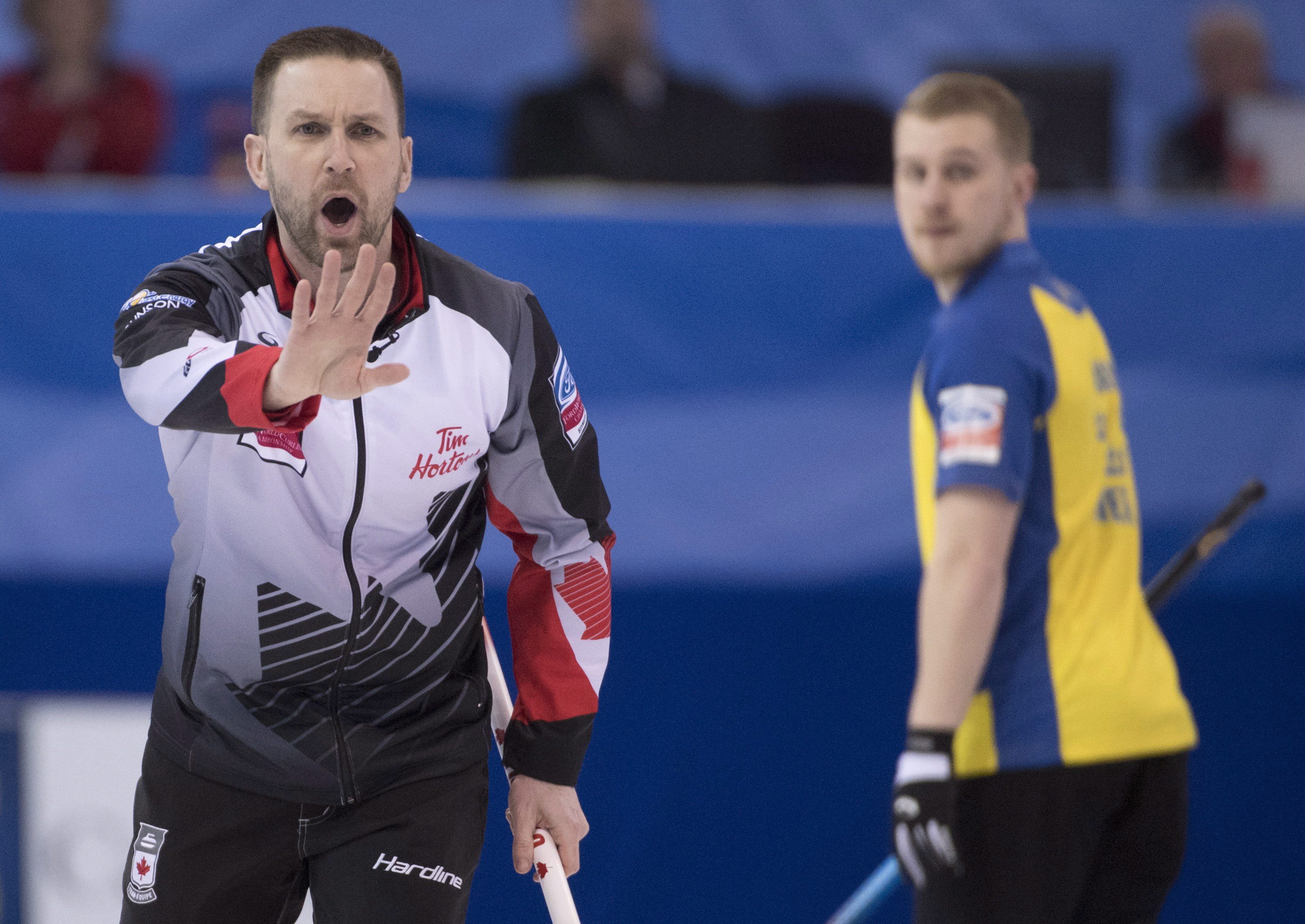 They finally got a multiple point end in the ninth when Gushue was able to draw to the four foot for two and the 4-2 lead going home.

In the tenth, Gushue made an impressive double takeout on his first stone to lie three. Edin then had a slight miss on his first stone, leaving it open for Gushue to remove, running the Swedes out of stones and giving Canada its 36th men’s world curling title. 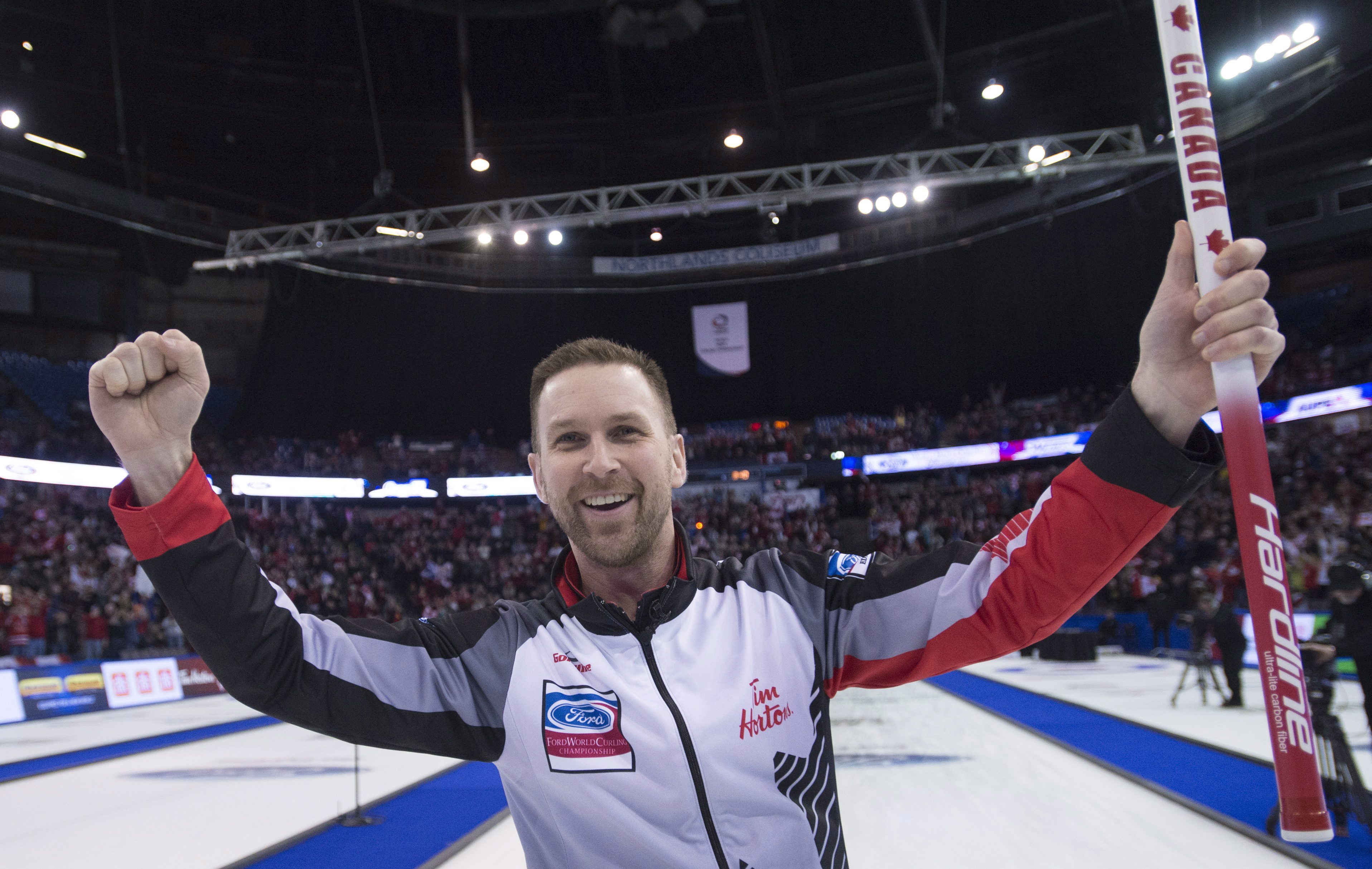 These two teams had been tightly matched from the start of the tournament. Team Gushue had won both their round robin meeting and the 1-2 page playoff, but those were also two of three games in which they were taken the full 10 ends.

Edin had won the last two world championships held in Canada, taking the crown in Victoria in 2013 and Halifax in 2015.

The last time a Canadian men’s team went undefeated at the world championships was 1995. But that rink, skipped by Kerry Burtnyk, only had to beat nine other teams versus the 12-team field currently in use. That makes Team Gushue the 11th Canadian men’s team to go undefeated, but the first with a 13-0 record.

They also join Team Rachel Homan, who won gold at the women’s worlds in Beijing with their own perfect 13-0 record. It is the first time one country has had both teams go unbeaten. With the win, Team Gushue is qualified for the Roar of the Rings national trials in December where the Olympic teams for PyeongChang 2018 will be decided.