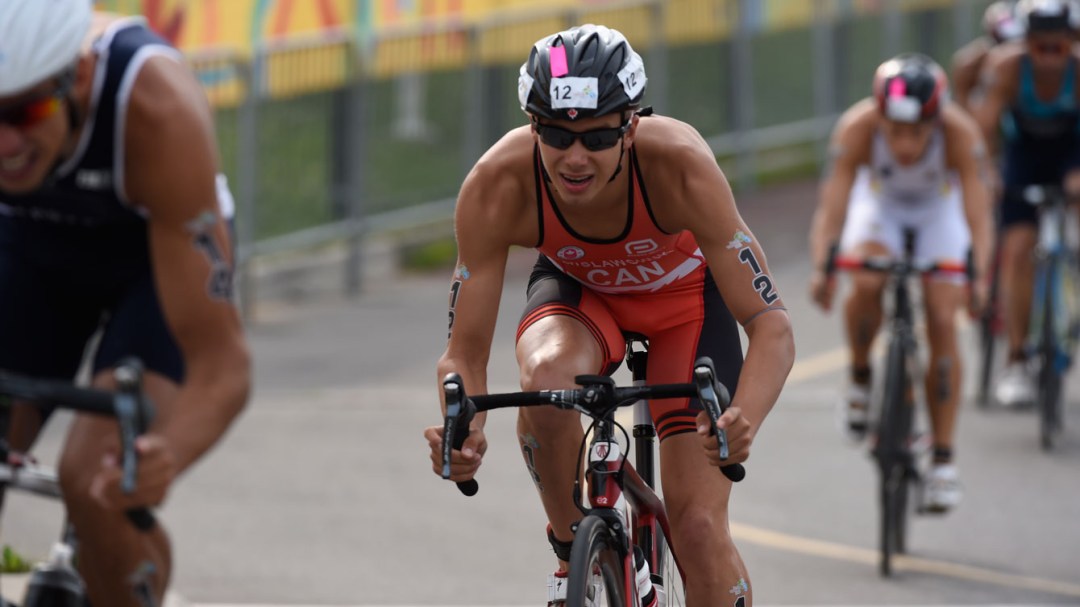 Triathletes prepare to go the distance on Canadian soil

The best and brightest triathletes will be in Edmonton this weekend for the sixth stop of the elite ITU World Triathlon Series.

The event in Edmonton marks the first of two consecutive race weekends on Canadian soil, with triathletes heading to Montreal for the next stop on August 5-6. 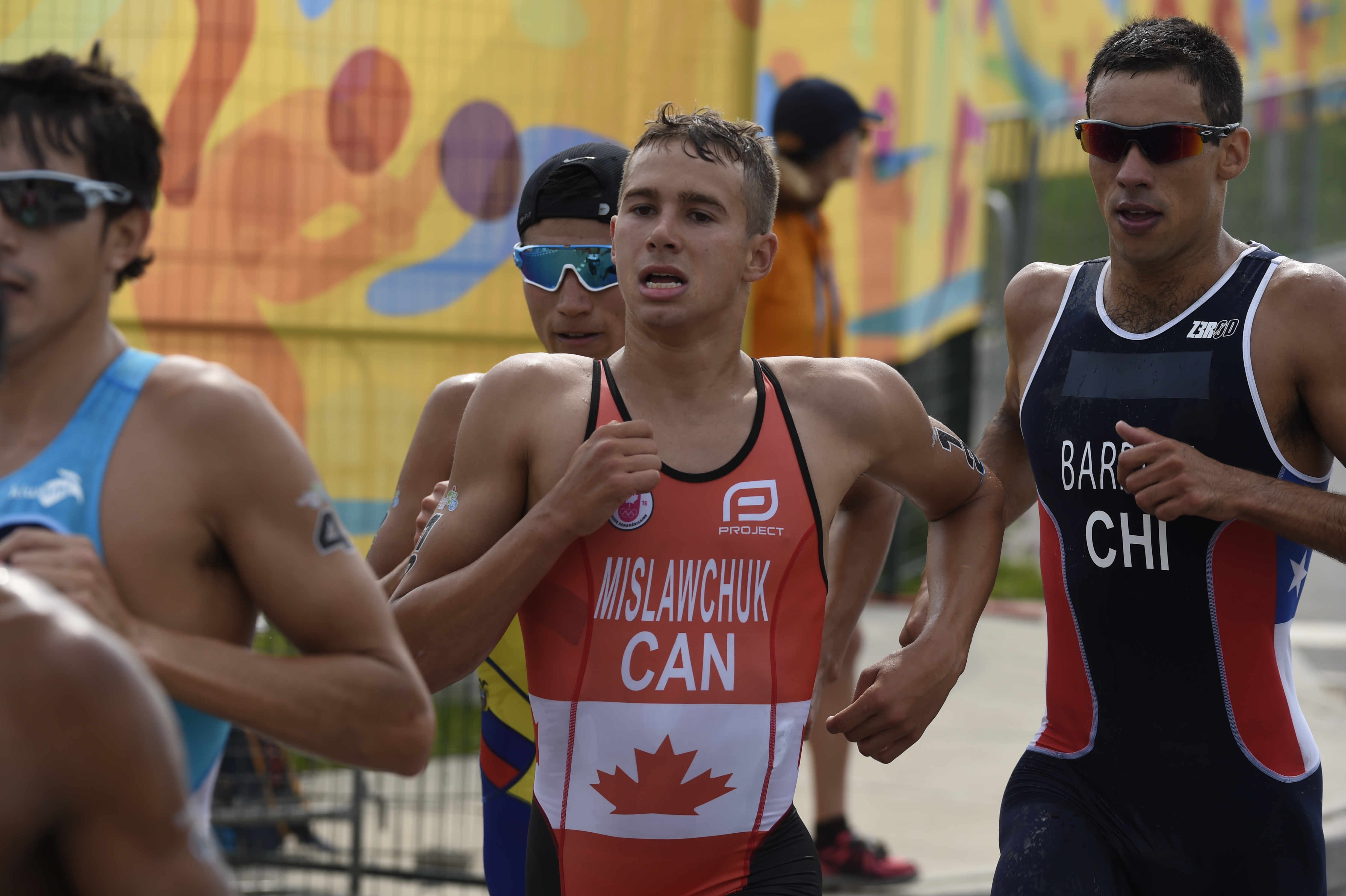 At just 22, Mislawchuk placed 15th at his first Olympic Games in Rio and recorded his first top-10 in a World Triathlon Series event last summer. As triathletes typically peak in their late 20s, he’s on pace to challenge the best in the world. He was a competitive hockey player who only started training in triathlon to be in top shape in the off season. But eventually his side training became his primary focus. 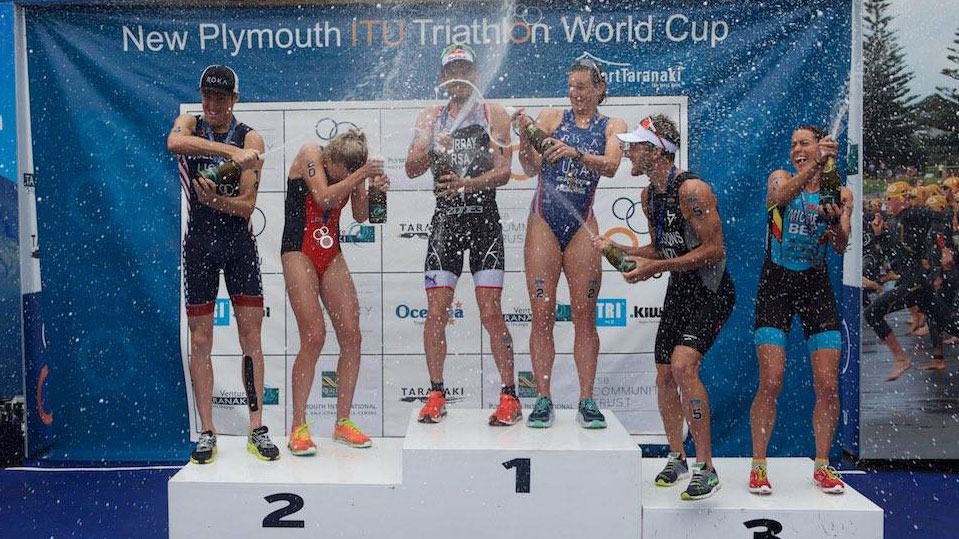 Brown made headlines this season, when she finished second at a stacked World Cup evening in Cagliari, Italy. However before, she got into triathlon Brown played hockey, rhythmic gymnastics, and soccer. By chance, she joined a two-week triathlon camp with the intention of getting into shape for soccer, but fell in love with the combination of swimming, cycling, and running. 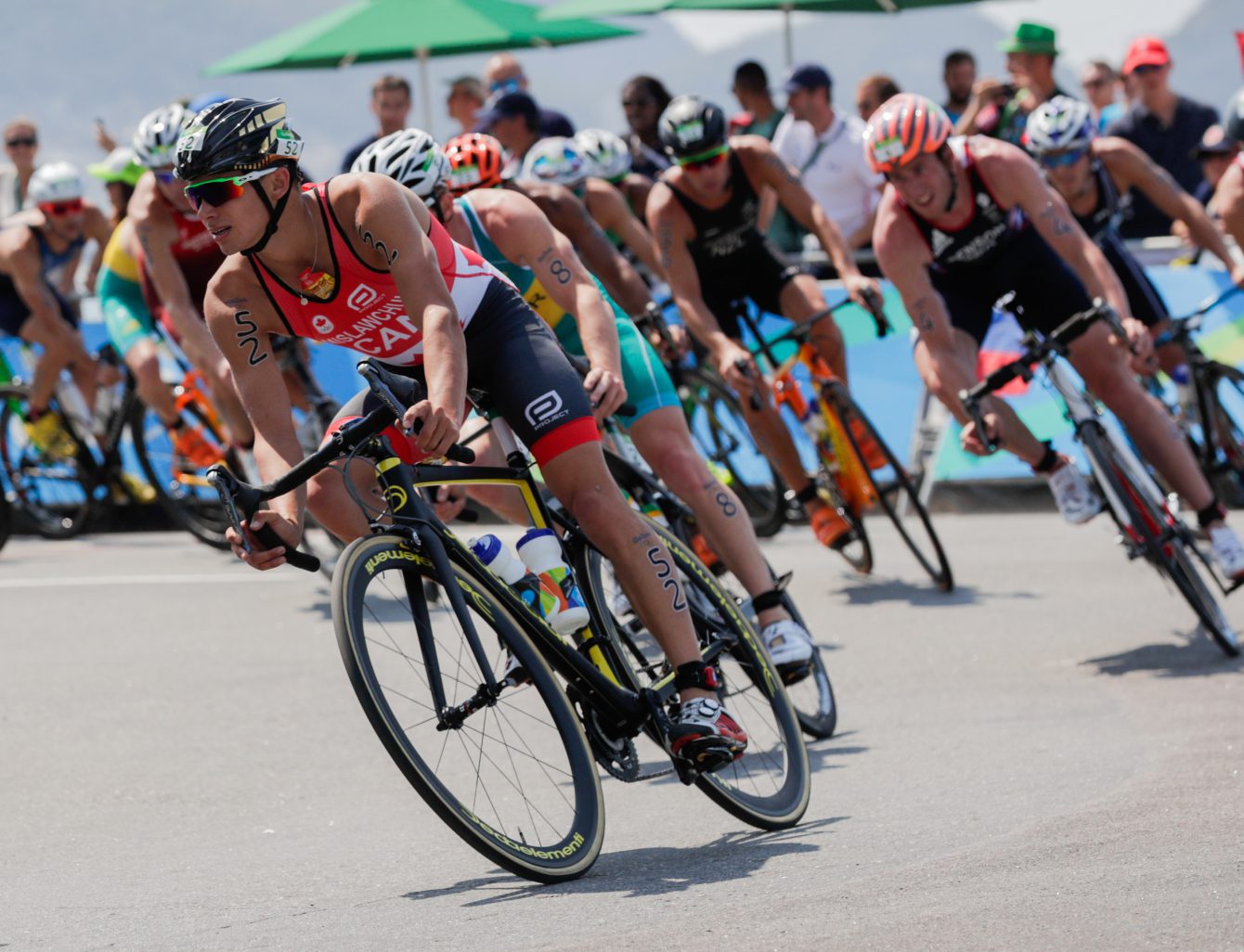 Mislawchuck and Brown were both lucky enough to have stumbled upon triathlon on their own, while pursing other sports. However, Triathlon Canada is looking to help more athletes gain exposure to the sport through RBC Training Ground. Triathlon scouts focus on athletes with speed, power, endurance and strength. These traits can be found in individuals from a variety of athletic backgrounds, making it the perfect transition sport for young interested athletes.

Hosting events like the ITU World Triathlon Series will also help open Canadian sports fans’ eyes to the unique sport. So when the event kicks off this weekend in Edmonton, the host team of Mislawchuck, Matthew Sharpe, Brown and Alexis Lepage will be focused on earning a spot on the podium in front of Canadians. 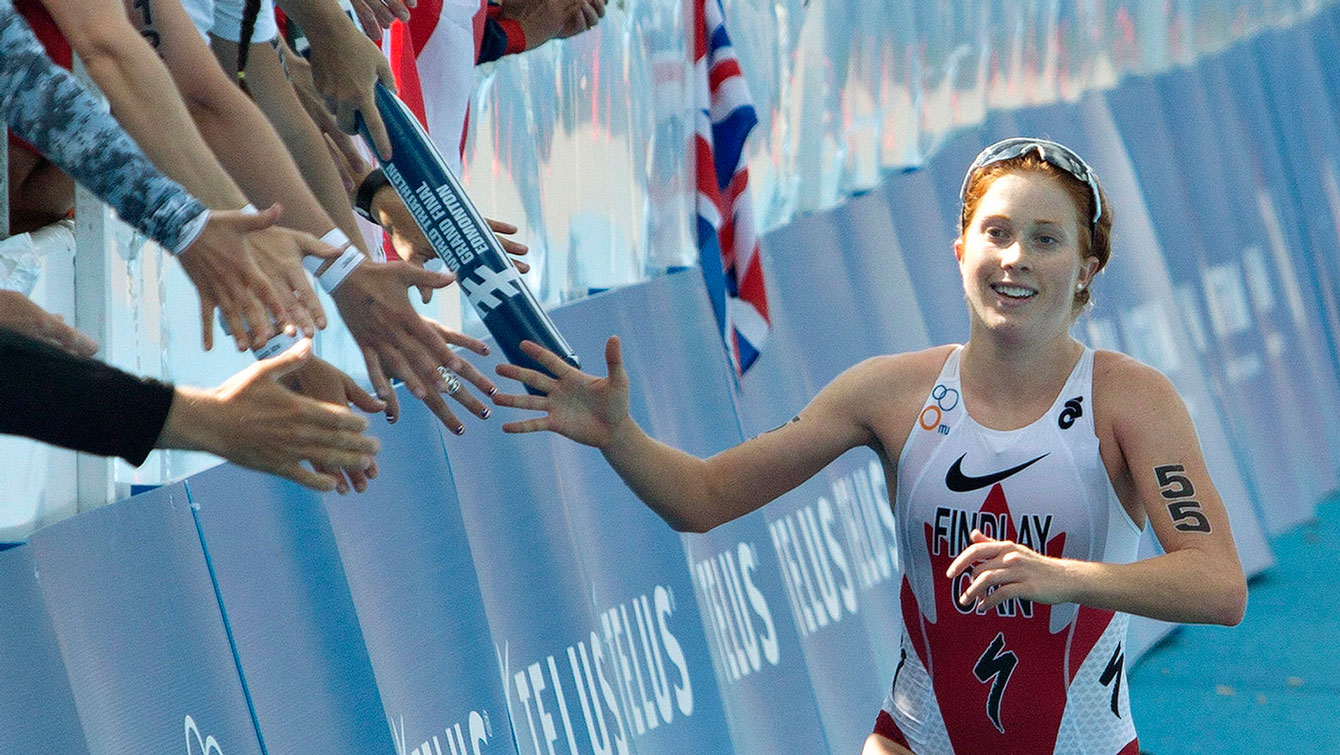 Paula Findlay at the ITU World Triathlon Grand Final in Edmonton on August 30, 2014.

Lepage and Paula Findlay are expected to join Mislawchuk and Brown at the event in Montreal next month. 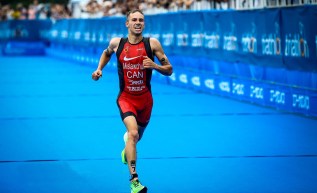