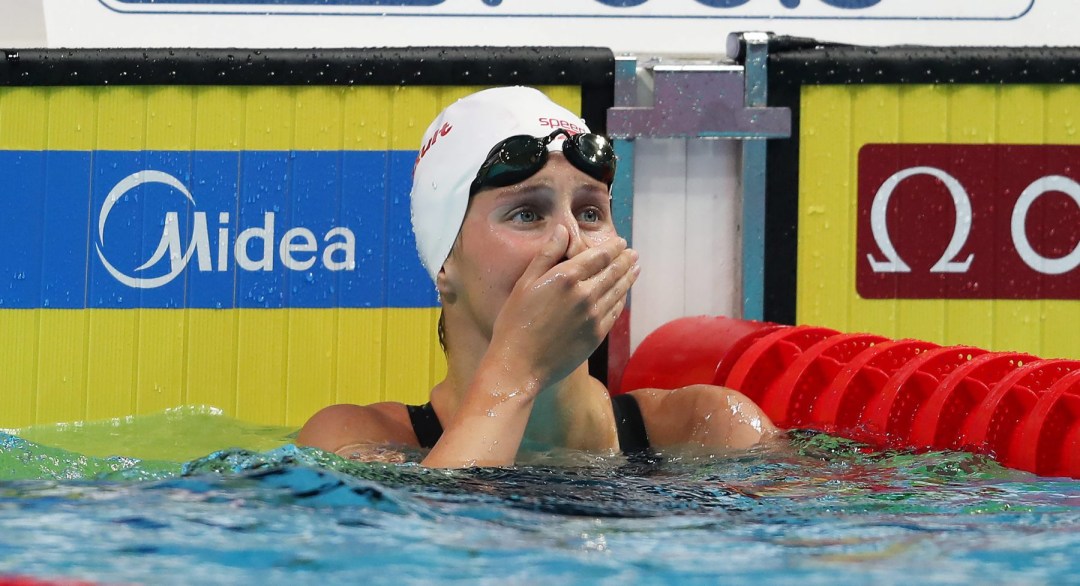 Almost a week after she was unable to finish a final, Sydney Pickrem made a mid-race comeback to win bronze in the 400m individual medley for Canada’s fourth swimming medal of the 2017 FINA World Championships.

Pickrem, the youngest competitor in the final at age 20, was back in sixth place after the opening butterfly and backstroke legs of the 400m IM. But as the best breaststroker in the field, she was able to make her move with the fastest third leg to climb into second place. She then held on through the final freestyle leg for a spot on the podium.

Pickrem’s time of 4:32.88 placed her behind Hungarian home favourite Katinka Hosszu, who dominated the race to win in a championship record 4:29.33. Spaniard Mirela Belmonte (4:32.17) touched the wall just ahead of the Canadian for silver.

“It means the world to me. It’s the first 400 IM international level final I’ve ever made. I knew when I didn’t make the final in Rio I had so much left, so to finally be able to get in at night and give it all I’ve got, a result like that means the world,” Pickrem told Swimming Canada.

Pickrem, who had been 12th in the event in her Olympic debut, now has the second fastest 400m IM ever by a Canadian woman, behind only the national record 4:32.52 posted by Emily Overholt when she won bronze at the 2015 World Championships. 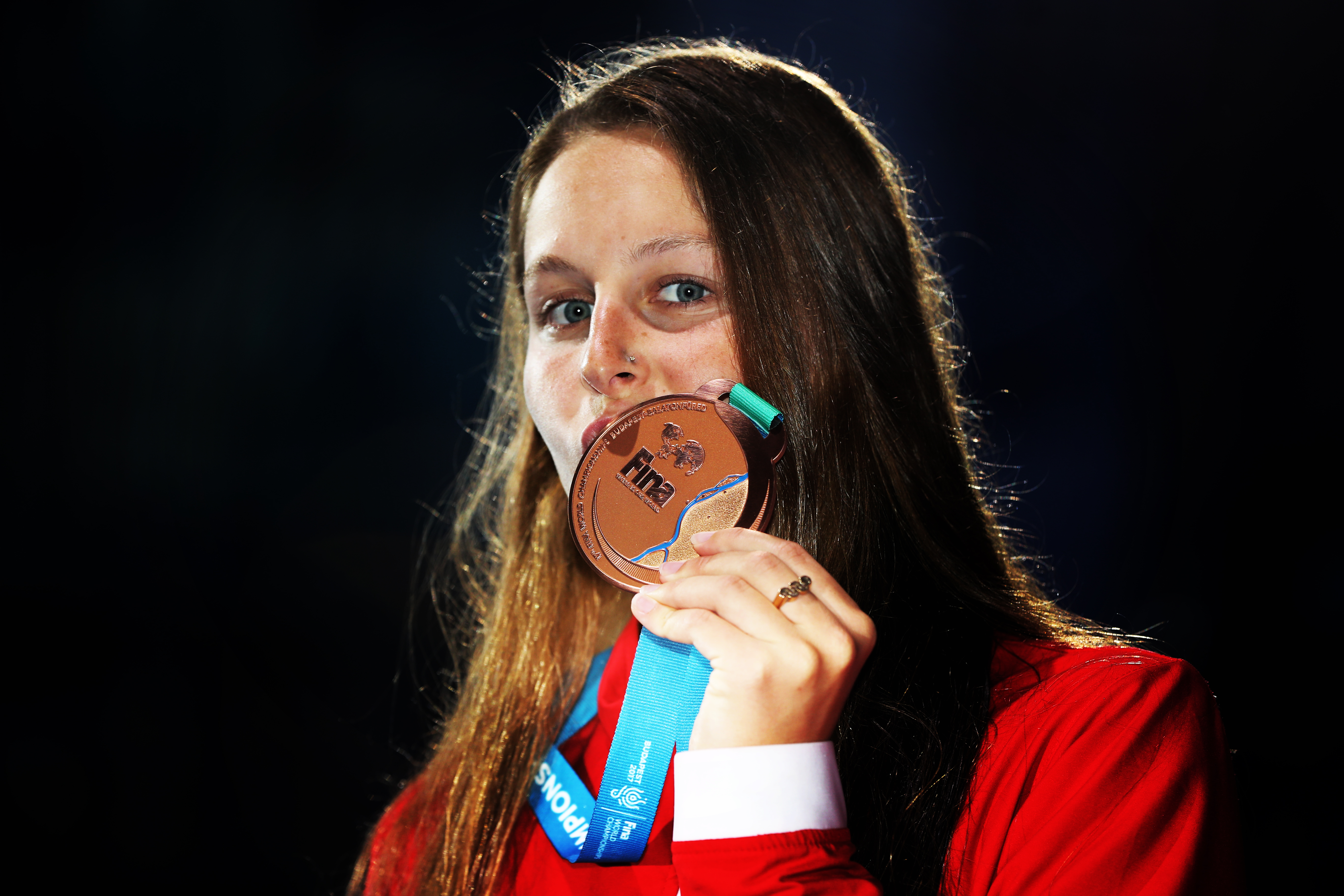 Sydney Pickrem with her bronze medal from the 400m IM at the 2017 FINA World Championships Photo: Swimming Canada/Ian MacNicol

Pickrem had been the fourth-fastest qualifier from the morning preliminary heats in the 400m IM. She was looking for a strong effort after having to climb out of the pool during Monday’s 200m IM final. In that race, she had taken on water during the opening butterfly leg and was unable to continue after breaking her own Canadian record in the semifinals which had qualified her in third place.

“The emotions have definitely taken a toll,” said Pickrem. “It’s been a learning process, and luckily it came out the most positive it could have. I felt like I let down Canada in the 200 IM so to be able to go out there and get on that podium means a lot.” 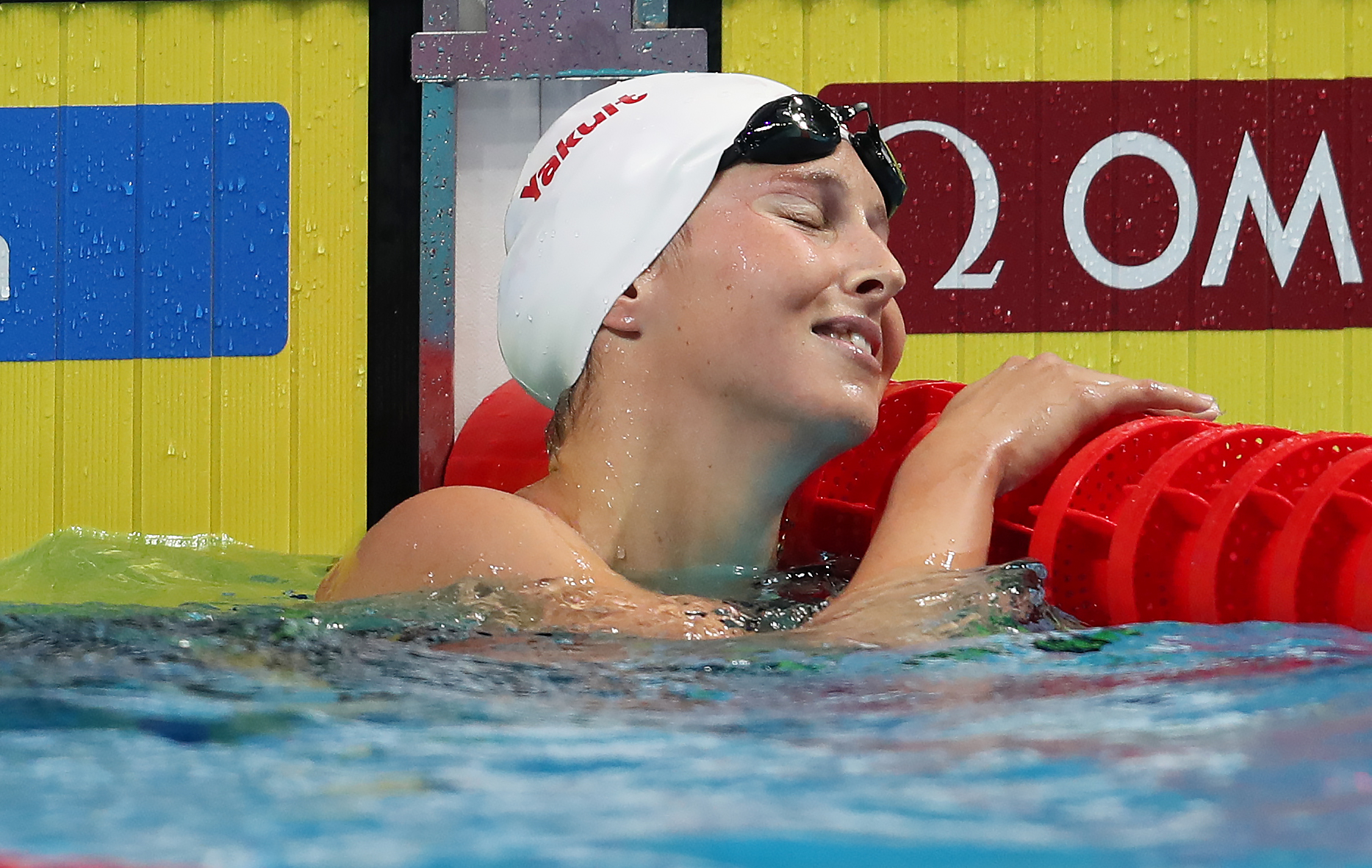 Before winning six medals at Rio 2016, Canada also won four medals at the 2015 World Championships, however those were all bronze.

This year in Budapest, the highlight of Canada’s medal haul in the swimming pool was the first one on Tuesday, as Kylie Masse broke the world record in the 100m backstroke to become Canada’s first ever female world champion in swimming. 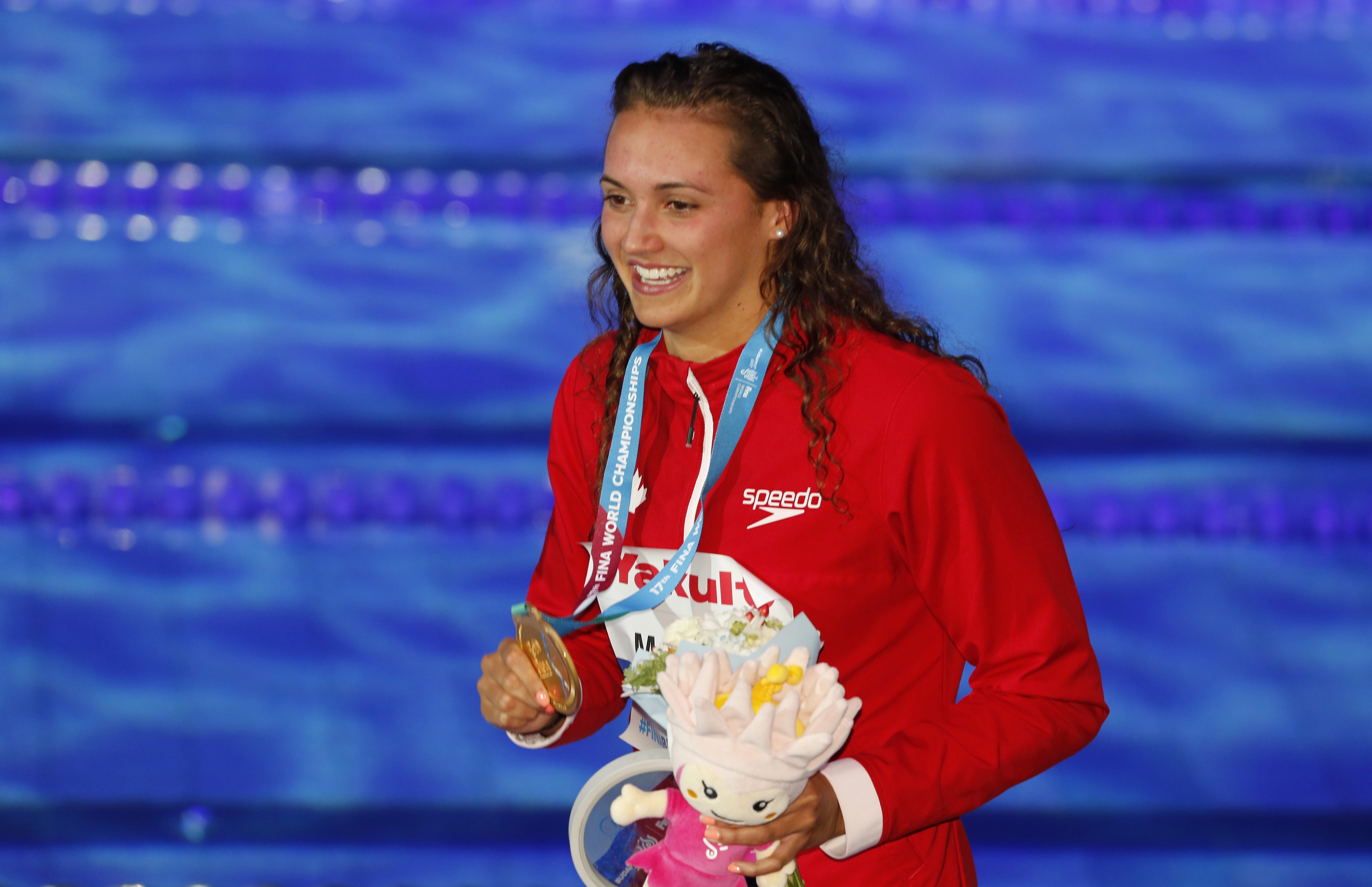 A day later she was back on the podium as a member of the mixed 4x100m medley relay that won bronze in the event that will make its Olympic debut at Tokyo 2020. Also on that squad were Richard Funk, Penny Oleksiak and Yuri Kisil, as well as preliminary heat swimmers Javier Acevedo, Rebecca Smith and Chantal Van Landeghem.

Overall, Canadian swimmers made 17 appearances in finals, their most since 1978.

Since her Olympic debut at Rio 2016, where she advanced to the semifinals of the 200m individual medley, Erika Seltenreich-Hodgson’s...