Historians believe that curling (컬링) [keol-ling] originated in Scotland in the early 1500s. Today, more than one million Canadians belong to over 1100 curling clubs nationwide, making it one of Canada’s most popular sports.

Here’s a chance to learn some curling jargon in Korean hangul and cheer on Canada’s teams in a different language as they set out to defend Olympic gold at the Gangneung Curling Centre. 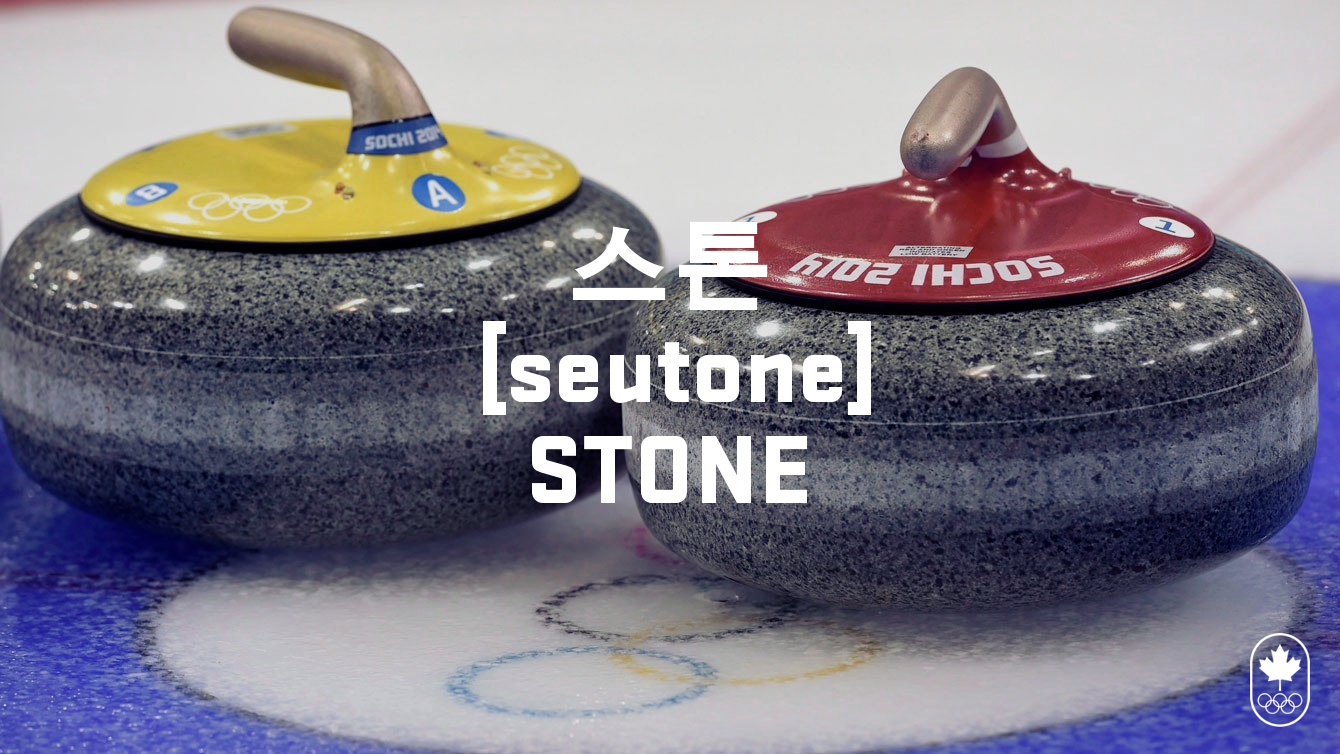 The stone is the game piece of curling, like the ball in basketball or the puck in hockey. Weighing approximately 20kg, the granite stone has a concave bottom that limits how much it comes into contact with the ice. Teams take turns sliding their stones down the ice sheet towards the house to score points. 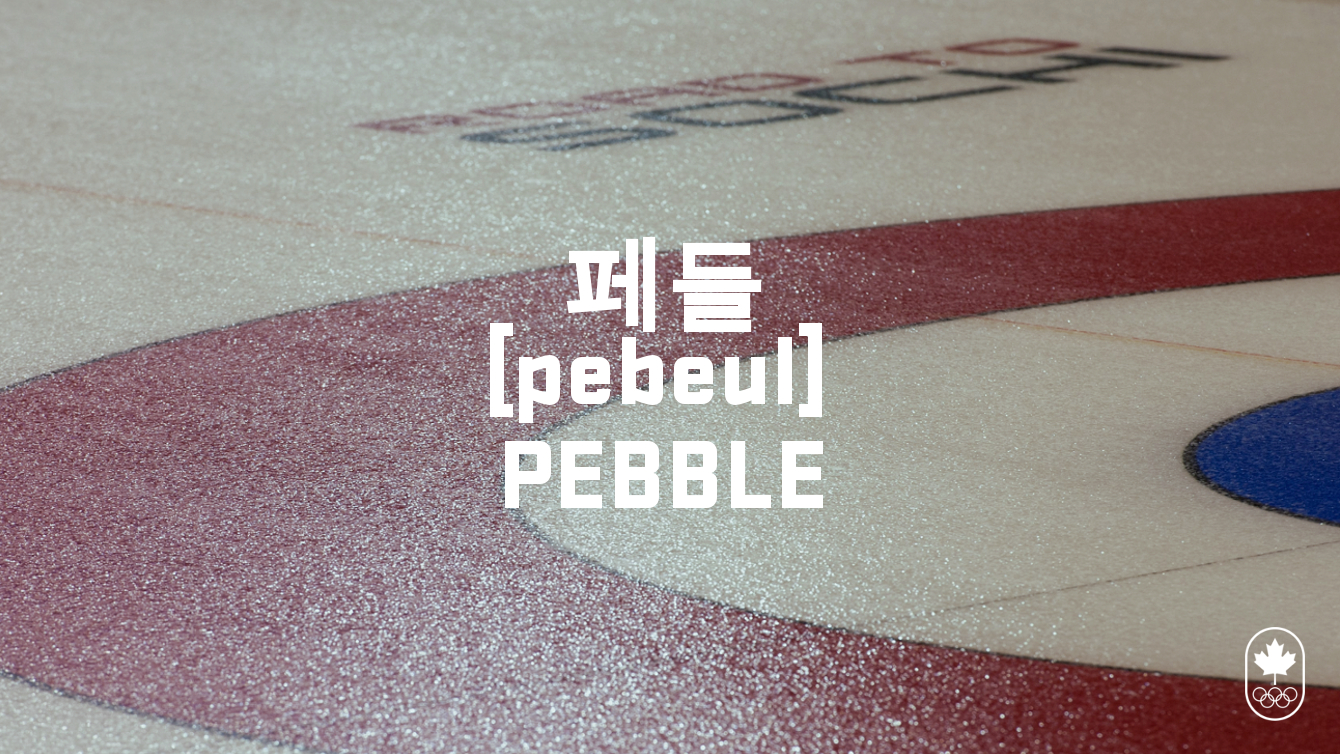 Think a curling sheet is just like a hockey rink? Not quite. Unlike hockey, speed skating and figure skating ice, curling ice is not flat and smooth. Due to the shape of a stone, if the ice was not pebbled, it would very difficult to slide a stone the distance of the sheet. Pebbles are formed by covering the ice with a fine spray of water before play starts. 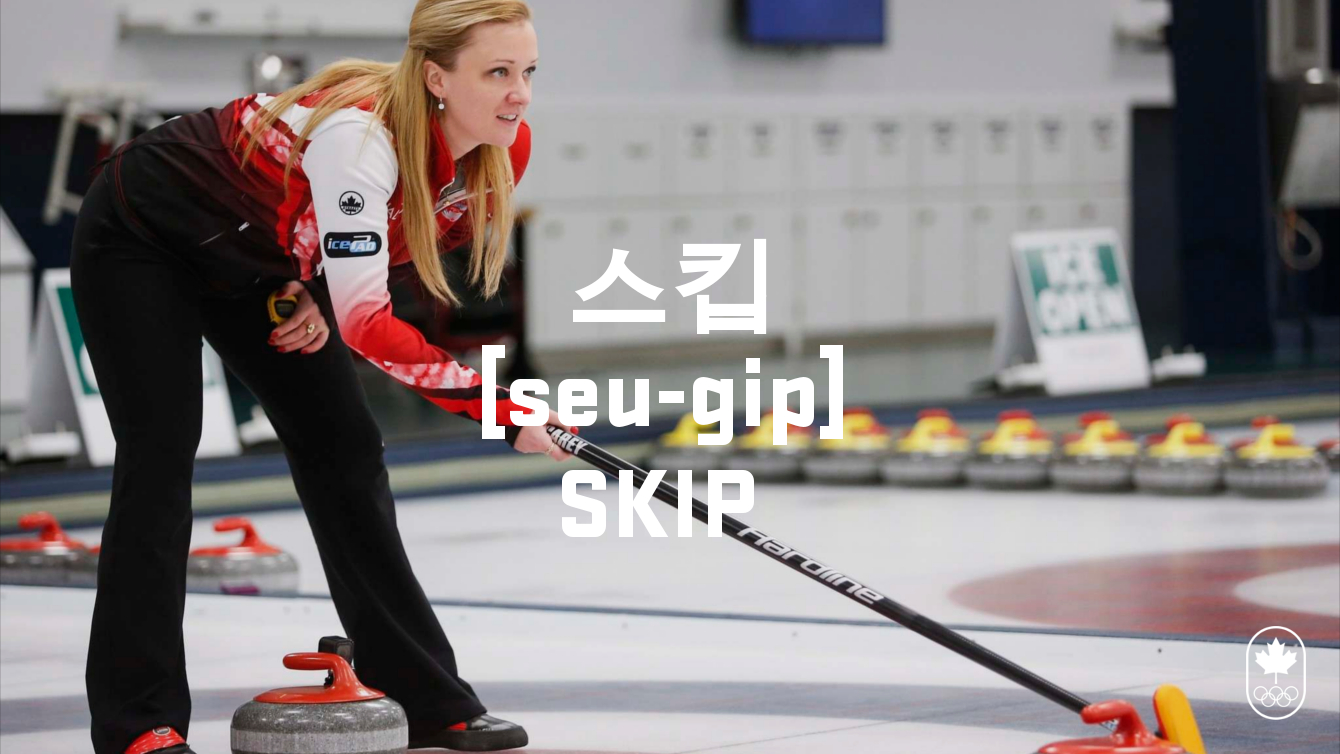 The “captain” of a curling team, the skip is in charge of strategy and directs play for their team. While their teammates throw stones, the skip stands at the opposite end of the ice and indicates where they should aim their shots. The skip delivers the last two stones for their team in each end. 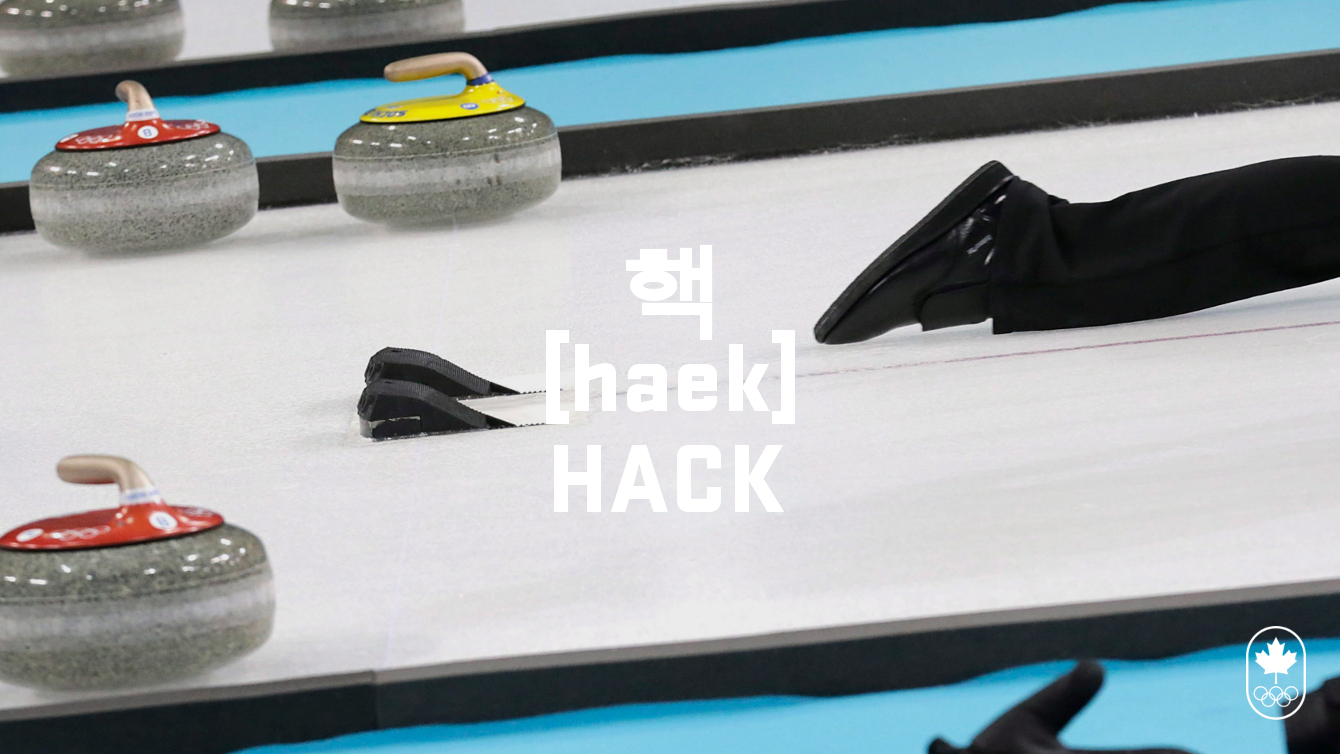 The hack is the foot hold at the end of the ice that curlers use to help deliver the stone. Curlers can achieve a long, graceful slide by pushing themselves off the hack towards the opposite end of the ice. 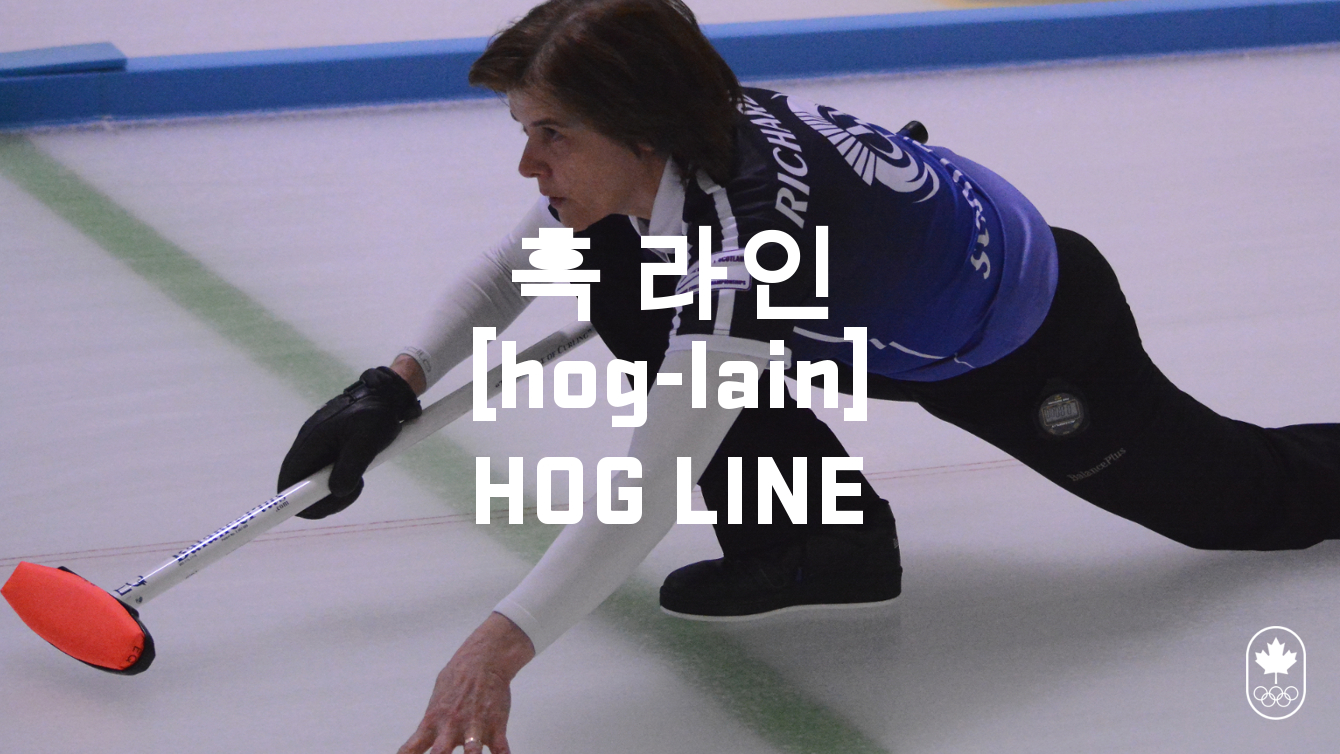 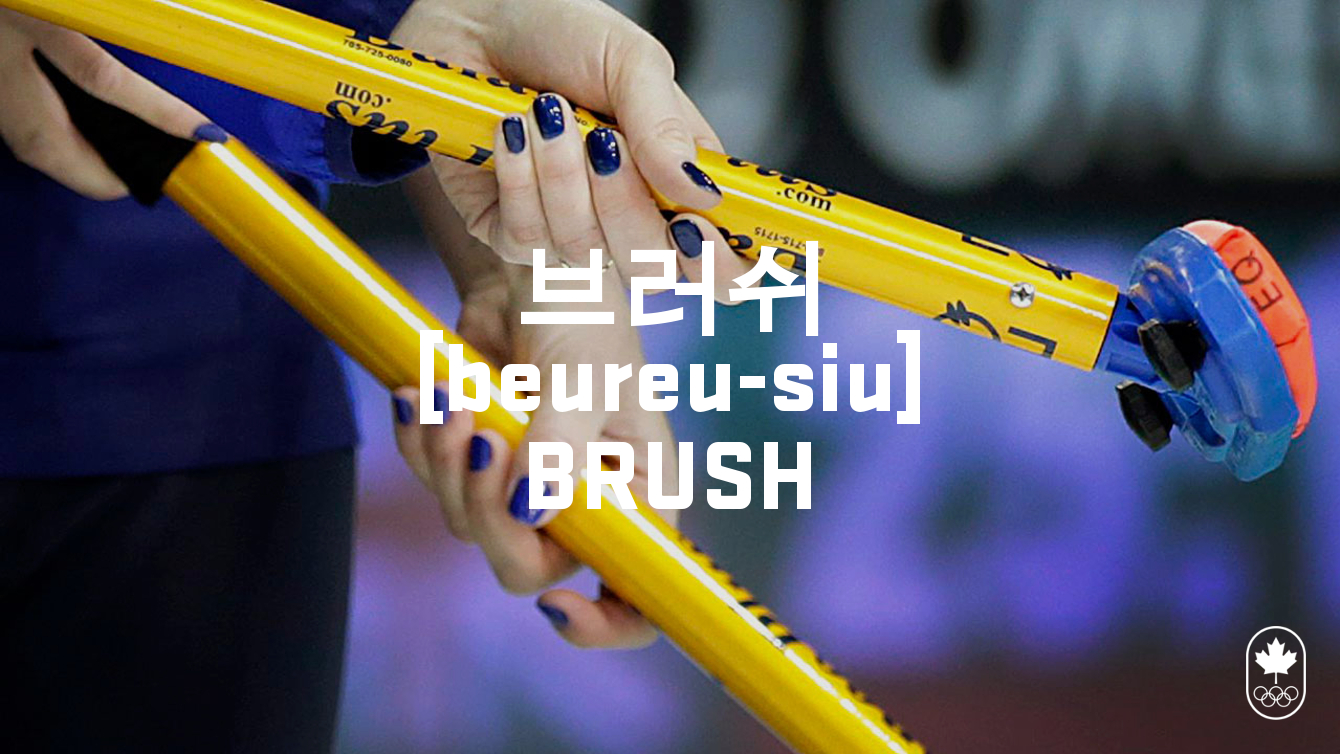 Also called a broom, the brush is used to sweep the ice in front of a moving stone, helping to manipulate its path. Originally, curlers would use corn brooms, which have since been replaced by hair and synthetic broom heads. 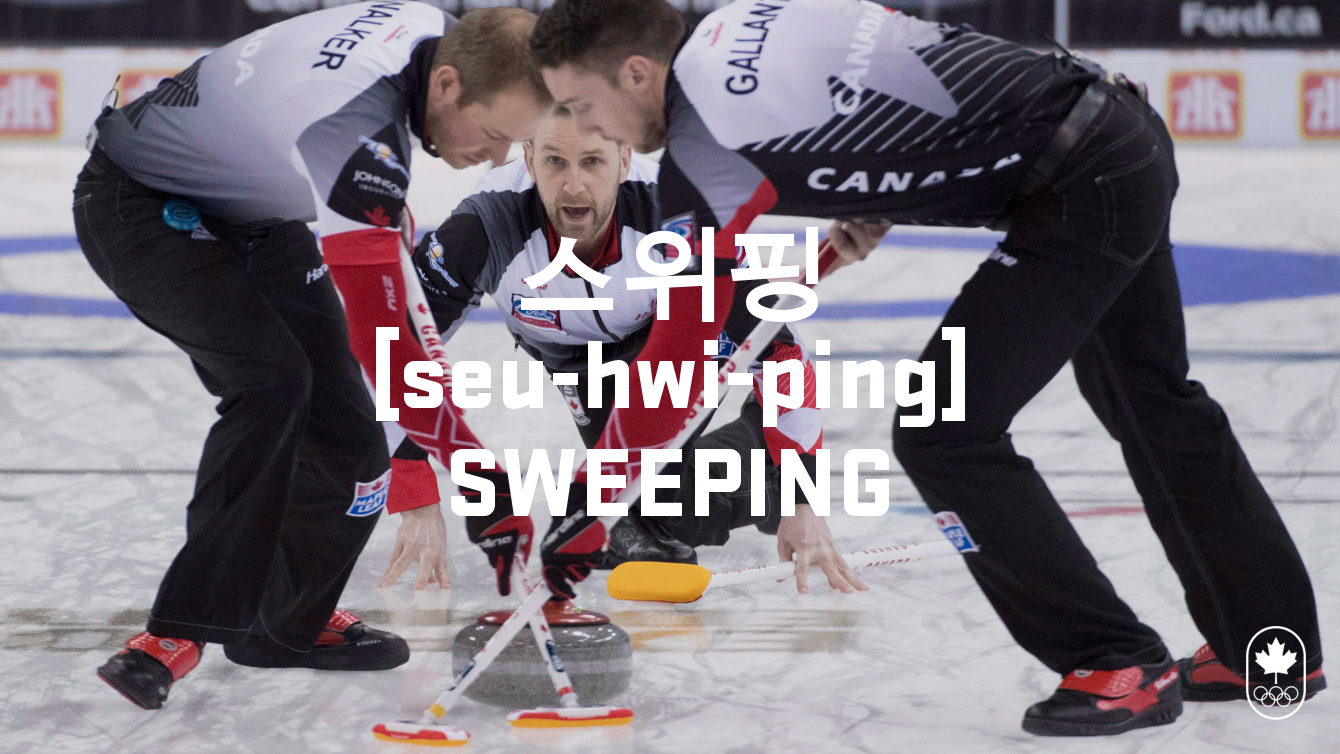 Just like sweeping your floor at home, but it does less to clean. Curlers use their brooms to sweep the ice in the path of stones in motion which helps change its path of travel by slightly melting the ice.

Curl is the amount a rock bends away from a straight-line throw when traveling down the sheet of ice. The best curlers can bend their stone around a stationary rock, letting them hide their shot behind guards, even in tight positions. 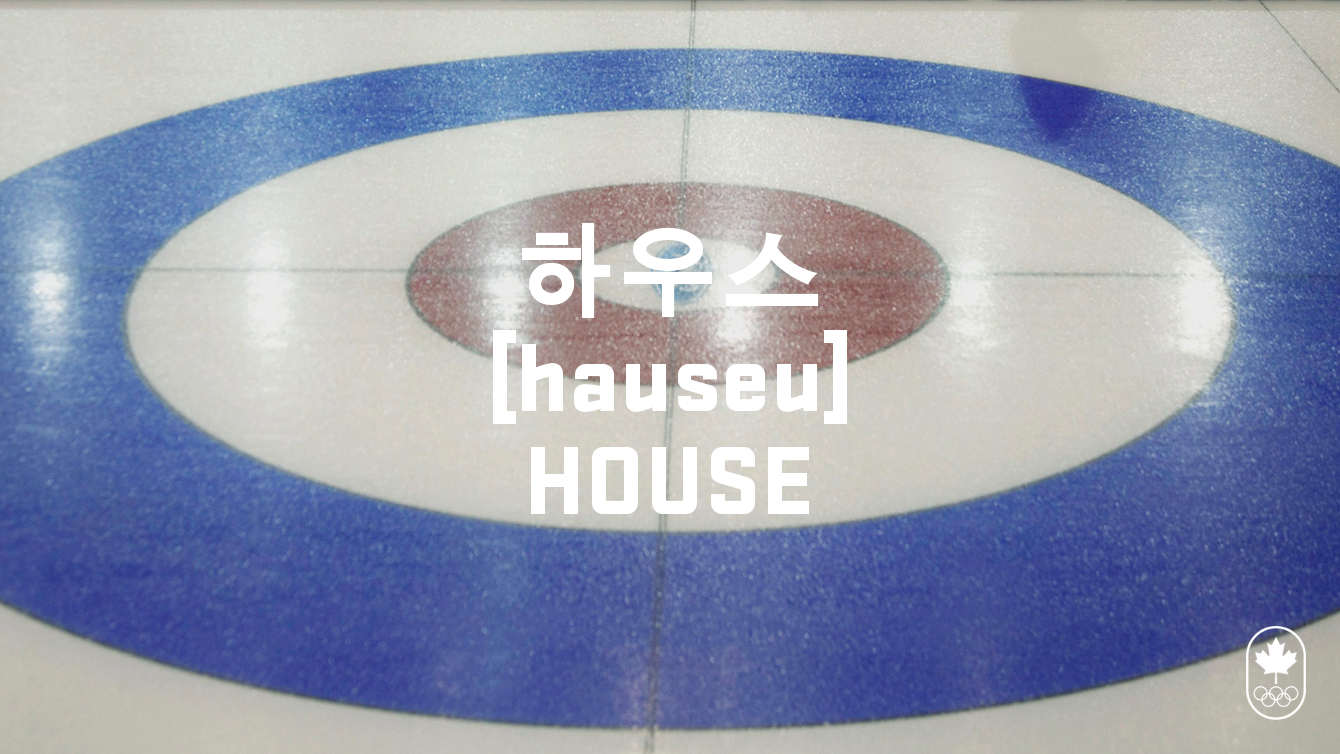 The “scoring zone” of a curling end, the house is made up of a 12-foot ring, an 8-foot ring, a 4-foot ring, and the button. Only stones within the house at the conclusion of an end can score points.

The button is the very centre of the house. Whichever team has a stone placed closest to the button after all the stones have been thrown in an end scores points that end.

A hit removes a stone from play by hitting it with another stone. This is the primary means of preventing opponents from scoring points. 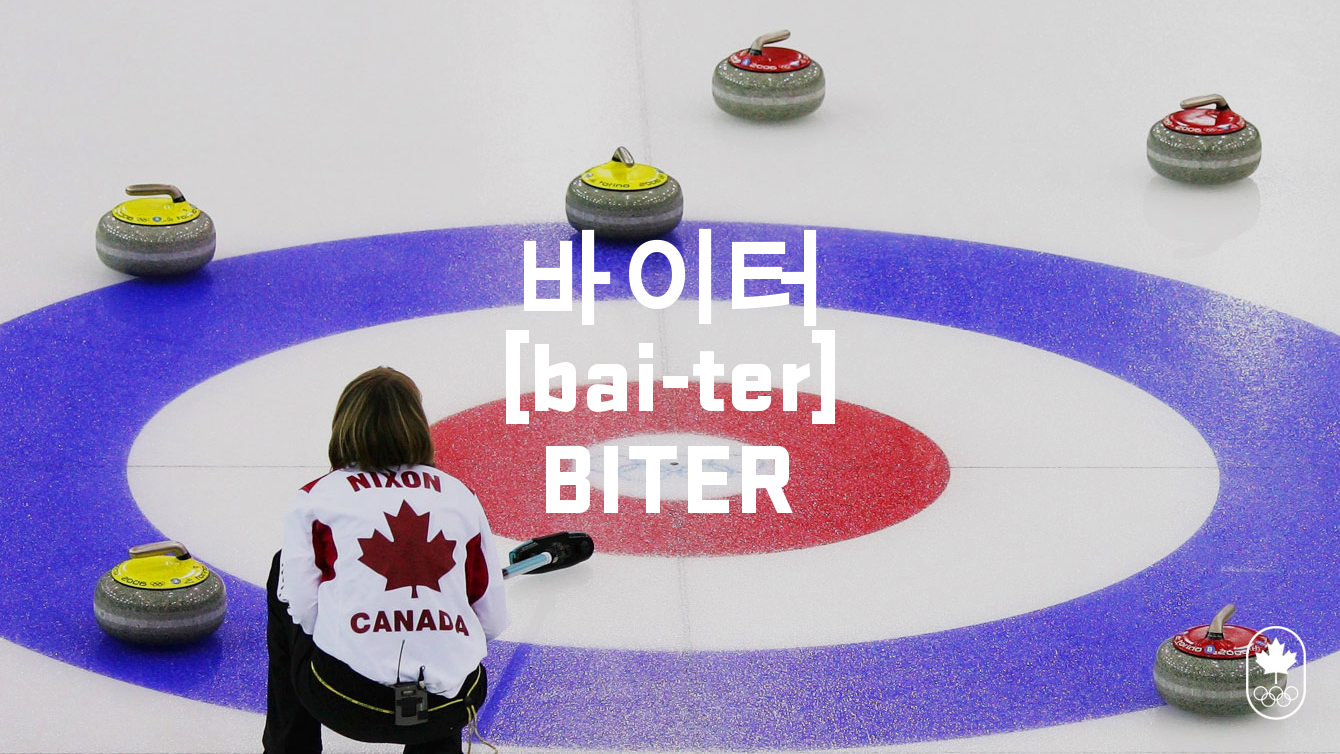 A stone that just touches the outer edge of the circles. A biter that manages to avoid being taken out can end up scoring additional points, or rob an opponent of valuable points in an end, drastically altering the makeup of a match.

The line across the back of the house. Any stone that crosses this line is removed from play since it cannot score points and has the potential to interfere with play or damage the hack.