Montreal is the birthplace of organized hockey (하키) [haki], which began with a game at the Victoria Skating Rink in 1875.

Hockey has been part of the Olympic Games since Antwerp 1920. Women’s hockey was added to the Olympic program at Nagano 1998. Canada is the most successful country in Olympic hockey history, winning a total of 13 gold medals.

Get to know hockey jargon in Korean hangul and be ready to support Team Canada at the Gangneung and Kwandong Hockey Centres. 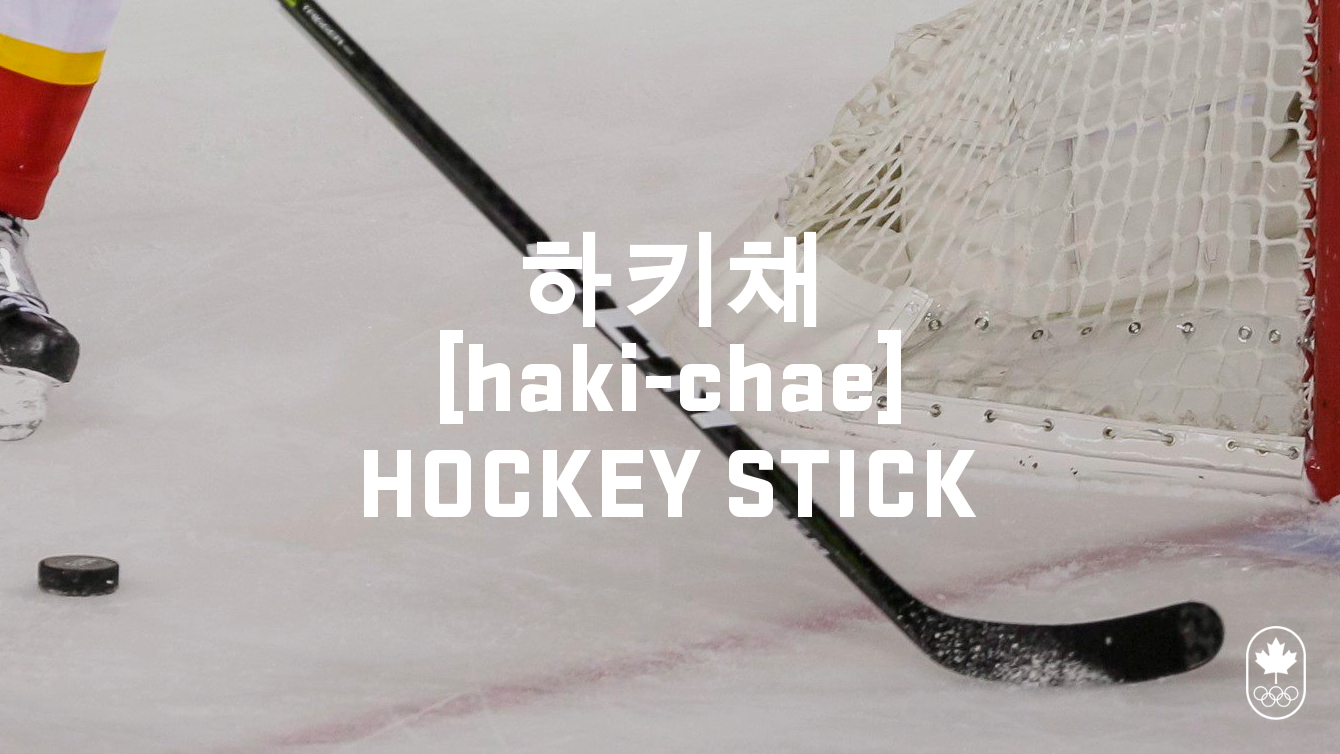 The stick is the most important piece of equipment, used by players to move and shoot the puck. The hockey stick used to be a completely wooden shaft and blade but over time composite materials, which have more flexibility than wood, have become popular. 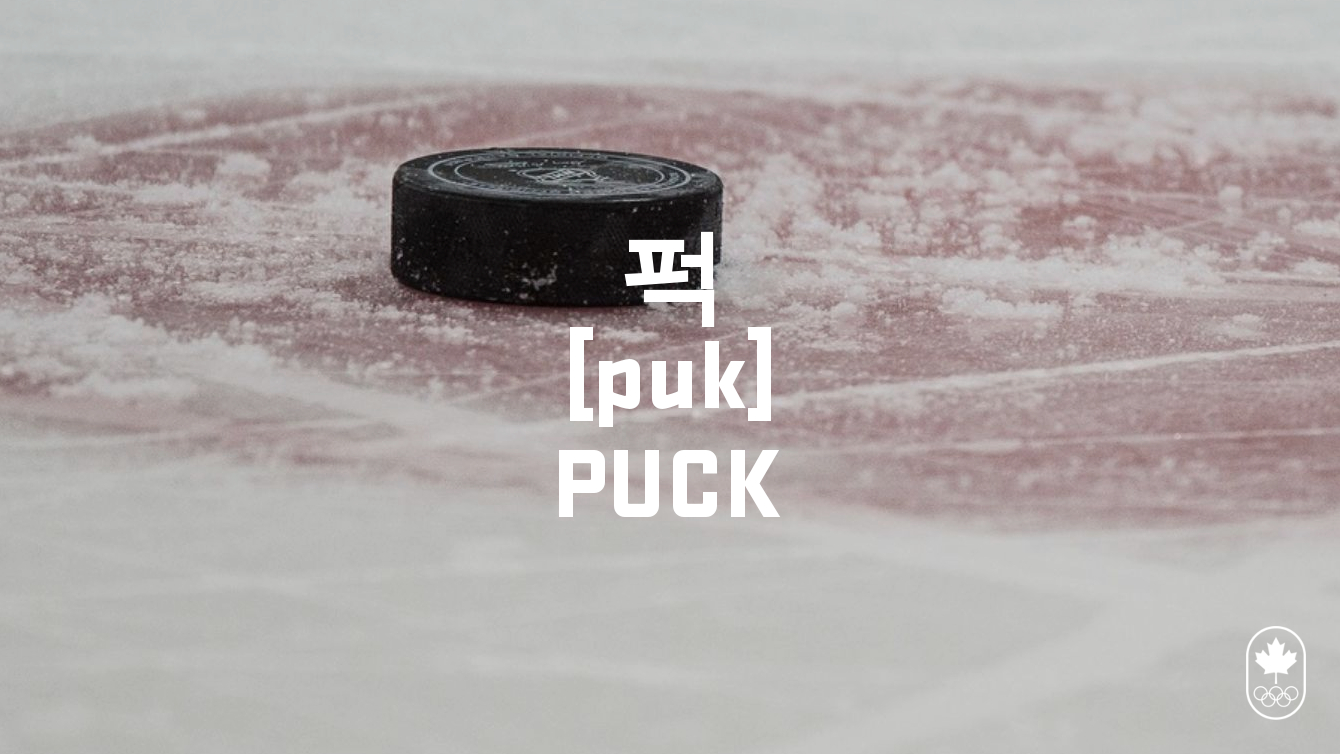 The object used to score goals in hockey, a puck is made of black vulcanized rubber. To many hockey players and fans, a puck is also referred to as a biscuit. When a player scores a goal, you will often hear people saying, “biscuit in the basket” or 바구니 속 과자 [bikuni-sok-koaja]. 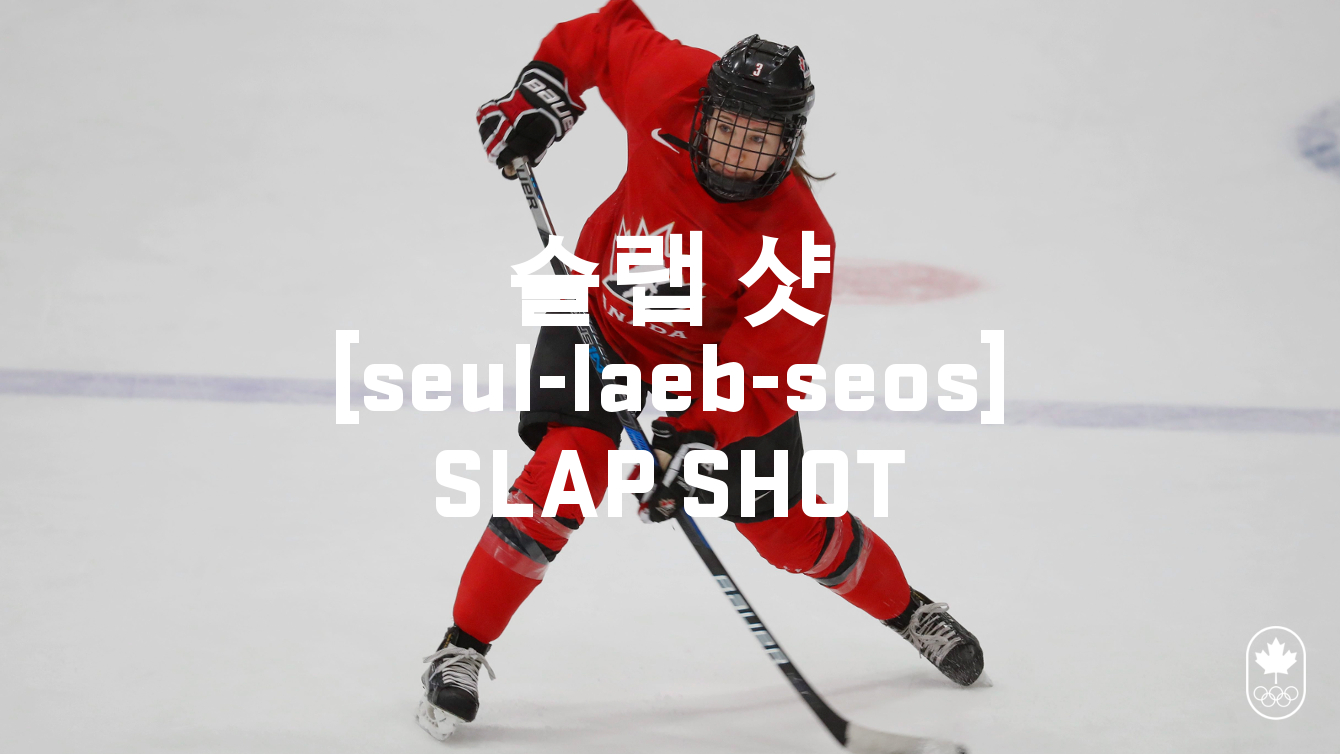 A slap shot is the most powerful shot in hockey. The trade-off for the high power is that the slap shot is less accurate than other types of shots. The hardest shooters take slap shots that reach speeds greater than 160 km/h.

The wrist shot relies more on arm strength than the whole-body strength needed for a slap shot. It has a faster setup time and is generally more accurate than a slap shot, but moves slower. 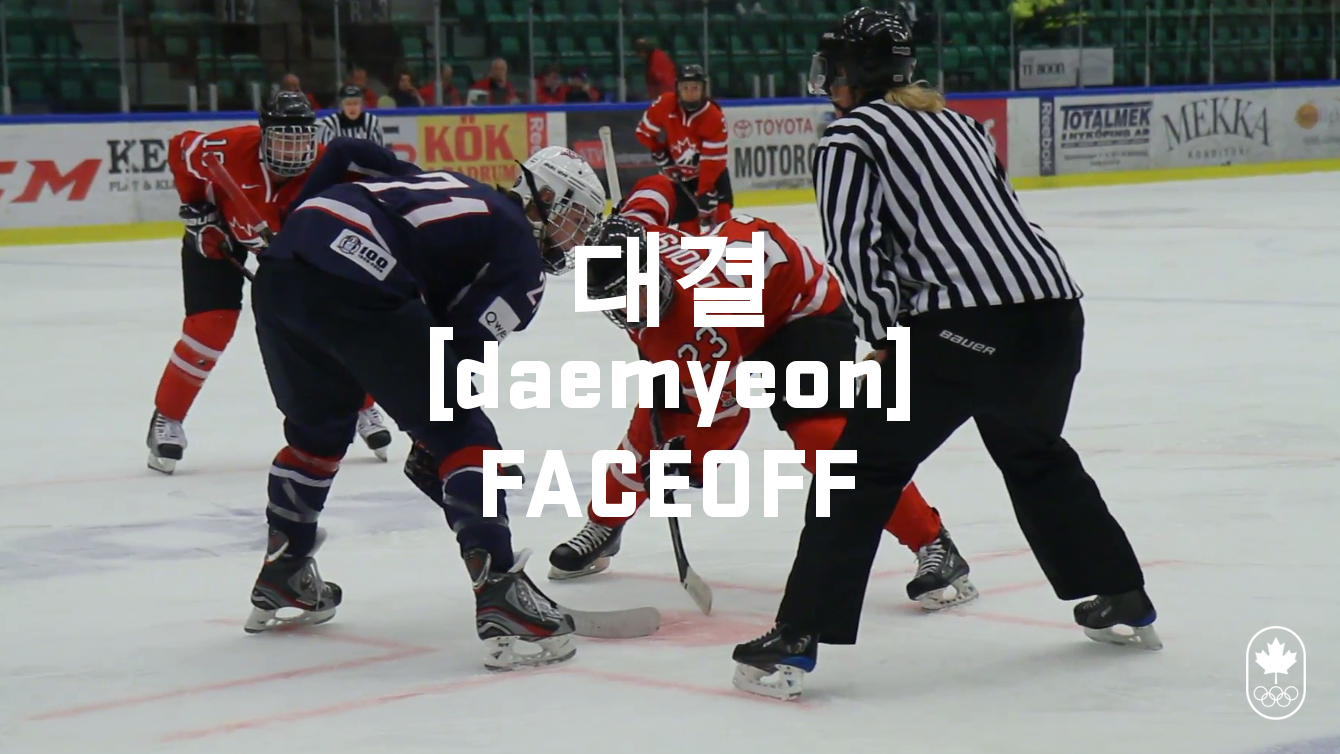 To restart play after each stoppage, a faceoff takes place at one of nine designated locations on the ice. A referee drops the puck and one player from each team attempts to use their stick to pass the puck to their teammates. 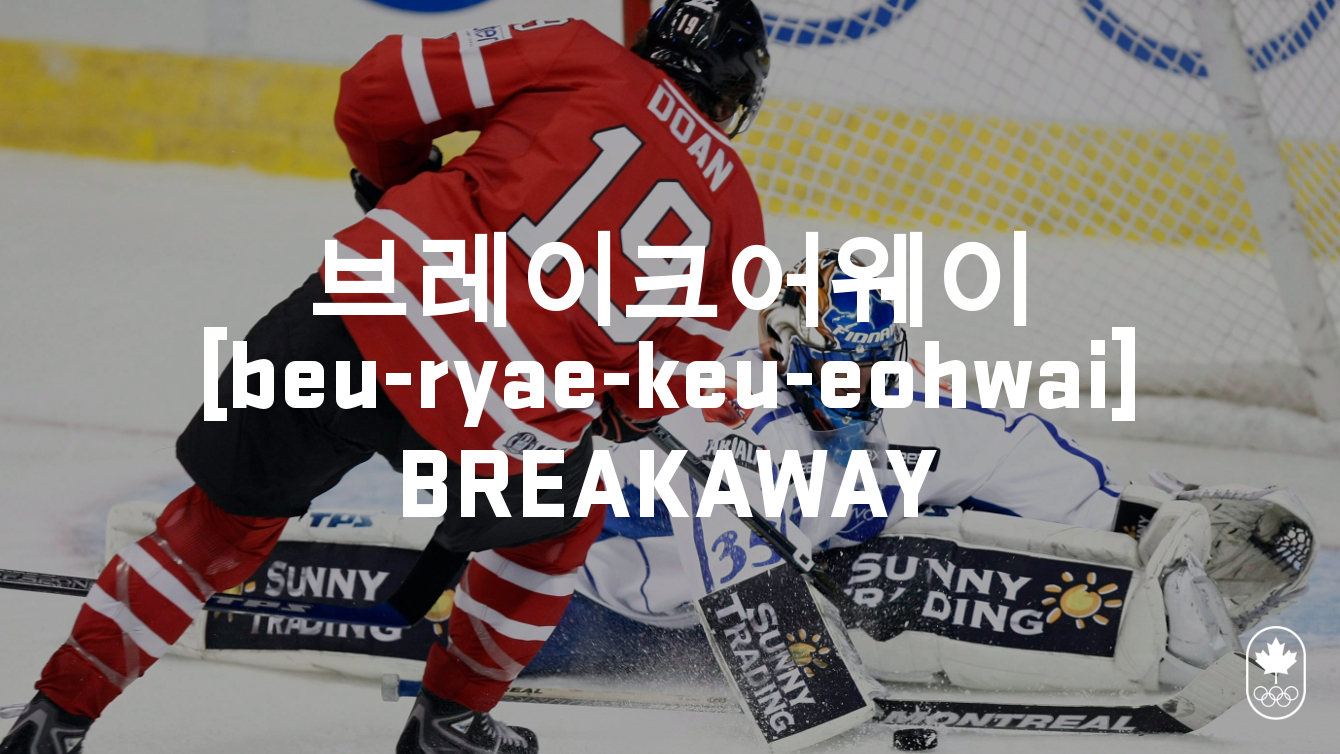 The breakaway is one of the most exciting moments in hockey, when a player with the puck evades the opponent’s defense. This sets up a one-on-one showdown with the goalie.

Boards are positioned around the sides of the rink, containing the area of play. You will often see the puck being played off the boards to spring an attacker or players delivering hits into them. 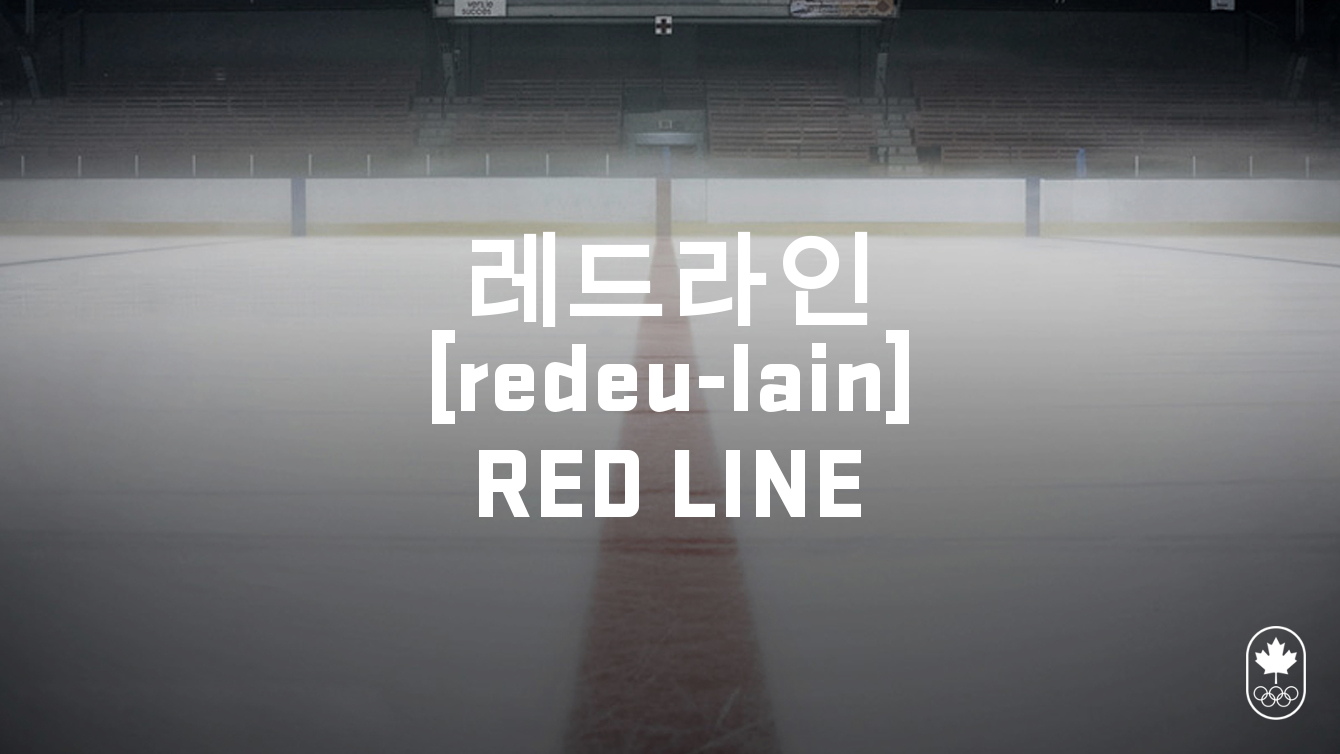 The red line is a 30cm thick line dividing the ice surface into two even parts. Each period begins with a faceoff at the very centre of the ice, marked by a 30cm dot in the middle of the line. The red line also is used to determine if icing has been committed. 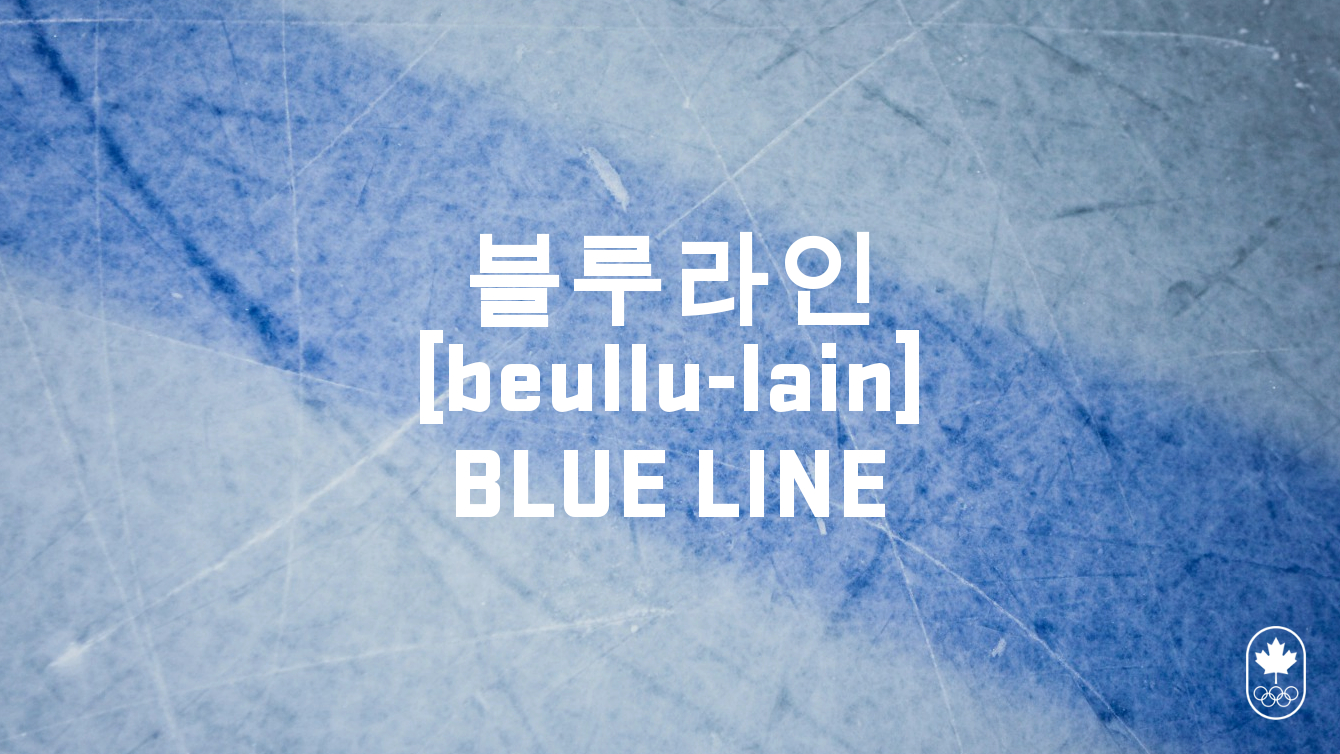 Icing is the most common violation in ice hockey, occurring when a player shoots the puck past both the red line and opposing team’s goal line. When an icing happens, a referee stops play and a faceoff takes place in the defending zone of the team that committed the violation. 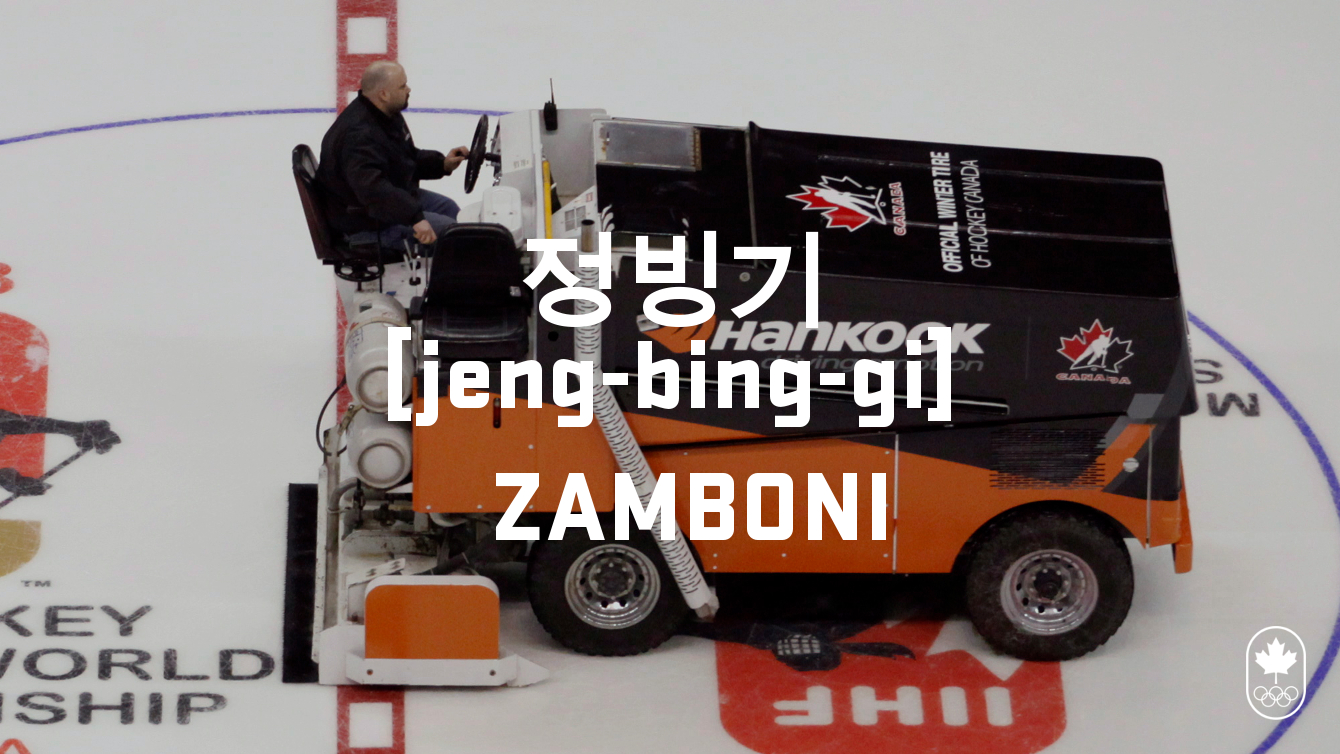 Invented in 1949 by Frank Zamboni, his namesake creation is a resurfacing vehicle used to clean and smooth the ice before the game begins, in-between periods, and at the end of the game. The Zamboni has been an iconic piece of machinery evolving over time and many ice rinks decorate their Zambonis for visual appeal.