Ted-Jan Bloemen won bronze in the Men’s 5000m in Erfurt, Germany on Saturday for his fifth individual World Cup medal of the season.

Bloemen raced in the final pairing of the Men’s 5000m against Patrick Beckert of Germany. For the first half of the race, the two skaters traded leads but Bloemen picked up the pace in the second half to reach the podium. Bloemen finished with a time of 6:17.12, behind Sverre Lunde Pedersen of Norway who won gold and Nicola Tumolero of Italy who took silver. 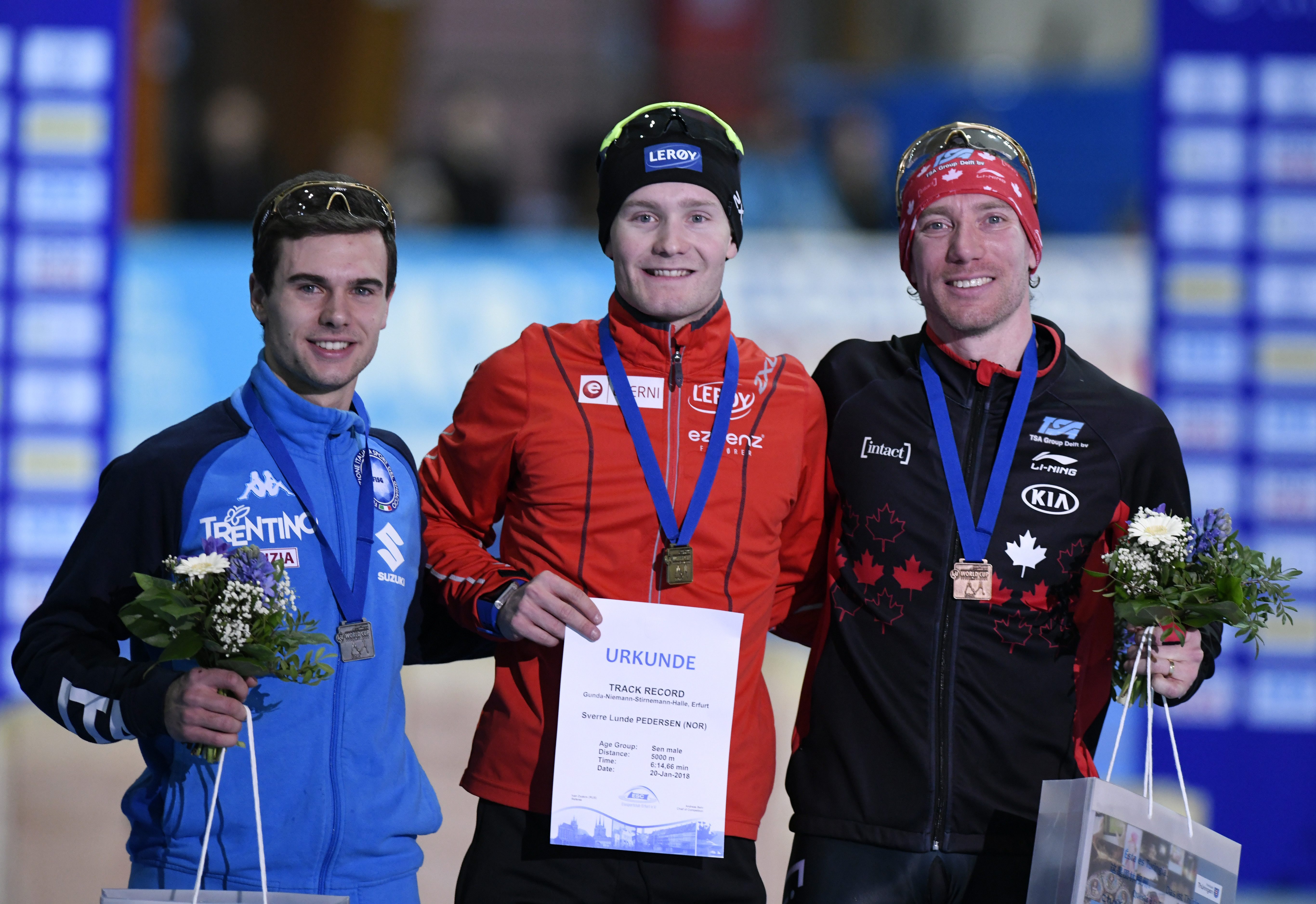 Bloemen set the World Record for this distance just last month with a time of 6:01.86 at the World Cup in Salt Lake City.

This is the final competition for Bloemen before he heads to PyeongChang 2018 where he will be a medal favourite. The competition continues tomorrow with Men’s 500m and 1000m and Women’s 1000m and 3000m races.