Getting to know Gangwon Province and the 2018 Olympic region

Home to more than 20 million people, the Seoul metropolitan area is one of the most populated cities in the world.

So whenever the opportunity arises for time away from city living, you will be sure to find many South Koreans flocking to Gangwon Province for its beauty and relaxing contrast. It also happens to be home of the next Olympic Winter Games.

Here’s a taste of what you might want to explore if you’re a fan heading over to support Team Canada at PyeongChang 2018.

Gangwon-do is a place that lures people with its fresh sea air, breathtaking mountains, and a chance to re-energize your life. Whether it’s skiing or hiking in the mountains, soaking up the sun on the white sand beaches, or visiting ancient temples, the province is full of adventurous travelling.

The coastal city of Gangneung will be home to the indoor ice events during the 2018 Olympic Winter Games. But if you find yourself with some free time, check out the vibrant night life of the coast, including its restaurants. If you ever happen to visit in summer, the famous beaches and scenic temples are not to be missed.

Jeongdongjin Sunrise Park is where many flock each January 1 to watch the first sunrise of the new year. You don’t have to venture far from the train to get your first glimpse of the coast. Jeongdongjin Train Station holds the Guinness World Record for being the closest train station anywhere to the sea.

Just northwest of Gangneung, you can visit Odaesan National Park, which includes Woljeongsa Temple. Founded in 643, it is famous for its nine-tier octagonal stone pagoda, Korea’s 48th National Treasure. If you want the full Buddhist cultural experience, there is even a temple stay program.

Continue your travels north and you will find Yangyang where you can visit the beautiful Naksansa Temple. Hiking is a common activity among Koreans, especially when you have spectacular mountains to traverse, such as Mount Seorak. The countryside bursts into magical colours during autumn and delivers powdery snow in the winter.

Alternatively, people also head to the capital of Gangwon Province, Chuncheon. A pleasant city that rests on the banks of a lake, it is home to a delicious Korean cuisine called “dakgalbi”, which is a famous chicken dish cooked in spicy sauce with rice cakes and vegetables. Add on some shredded white cheese for an excellent bonus.

If you’re looking for an adventure, Hwanseongul Cave is a popular destination. It is one of the largest limestone caves in Asia and the biggest in Korea. Another intriguing cave experience in Gangwon is Baengyong Cave. An eco-experience program enables visitors to enjoy exploring the natural cave formed underground.

Museums are also popular. Ojukheon House, one of the oldest preserved Korean houses, is a significant house which displays the lifestyle of the Joseon Dynasty.

The 2018 Olympic Winter Games will be taking place in two main locations of Gangwon Province. While the indoor ice sports will be in the coastal cluster of venues in Gangneung, the snow sports as well as the opening and closing ceremonies will take place in the mountain cluster in PyeongChang county, and particularly huddled around the Alpensia resort area. If you enjoy spending time wandering around Whistler, you’ll find yourself right at home here. 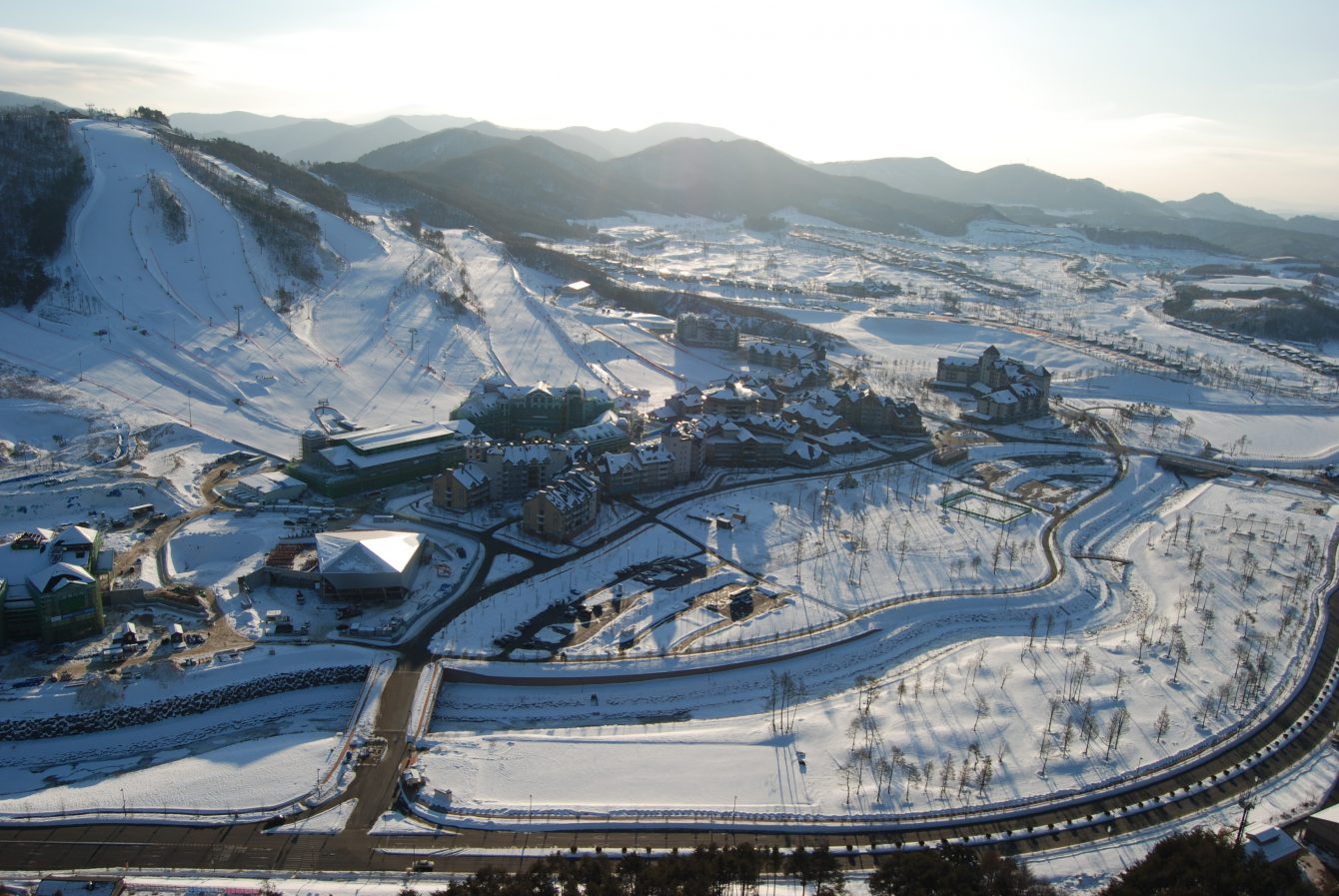 Some of the alpine skiing events will be held in Jeongseon, where it is believed that the beloved Korean folk song Arirang originated. Designated a Masterpiece of the Oral and Intangible Heritage of Humanity by UNESCO, the song which was passed from generation to generation by word of mouth is celebrated every October at the Jeongseon Arirang Festival. It also plays on speakers installed throughout the Jeongseon Ararichon Folk Village where visitors can stay in a traditional home.

Snowboard and freestyle skiing will be taking over the Phoenix Snow Park in Bokwang, but if you get a chance, take a gondola ride to the top of Mount Taegi and enjoy the view.

As for coffee connoisseurs, you definitely want to visit Coffee Street along the coast on Anmok Beach in Gangneung. As the name implies, there are some 30 local and franchise coffee shops where you can enjoy your favourite roast with a scenic view of the sea. There is an annual coffee festival each October.