A look at the PyeongChang 2018 Olympic venues

After years of preparation, PyeongChang is ready to show itself off to the world – and at the forefront will be its Olympic venues.

Here’s a closer look at the venues. 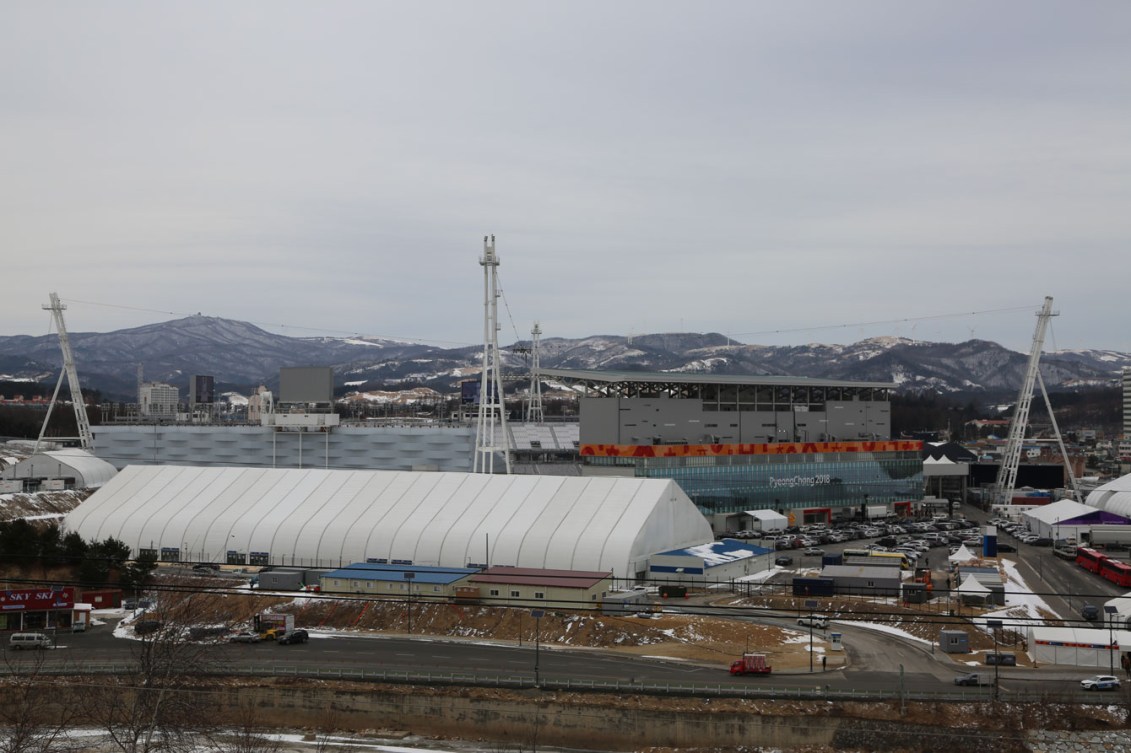 The PyeongChang Olympic Stadium will host the Opening and Closing Ceremonies.

The site of this year’s Opening and Closing Ceremonies, PyeongChang Olympic Stadium is a temporary venue with seats for 35,000 spectators. Bundle up – with frigid temperatures currently hitting the area, this open air facility could be home to the coldest Opening Ceremony seen in some time. 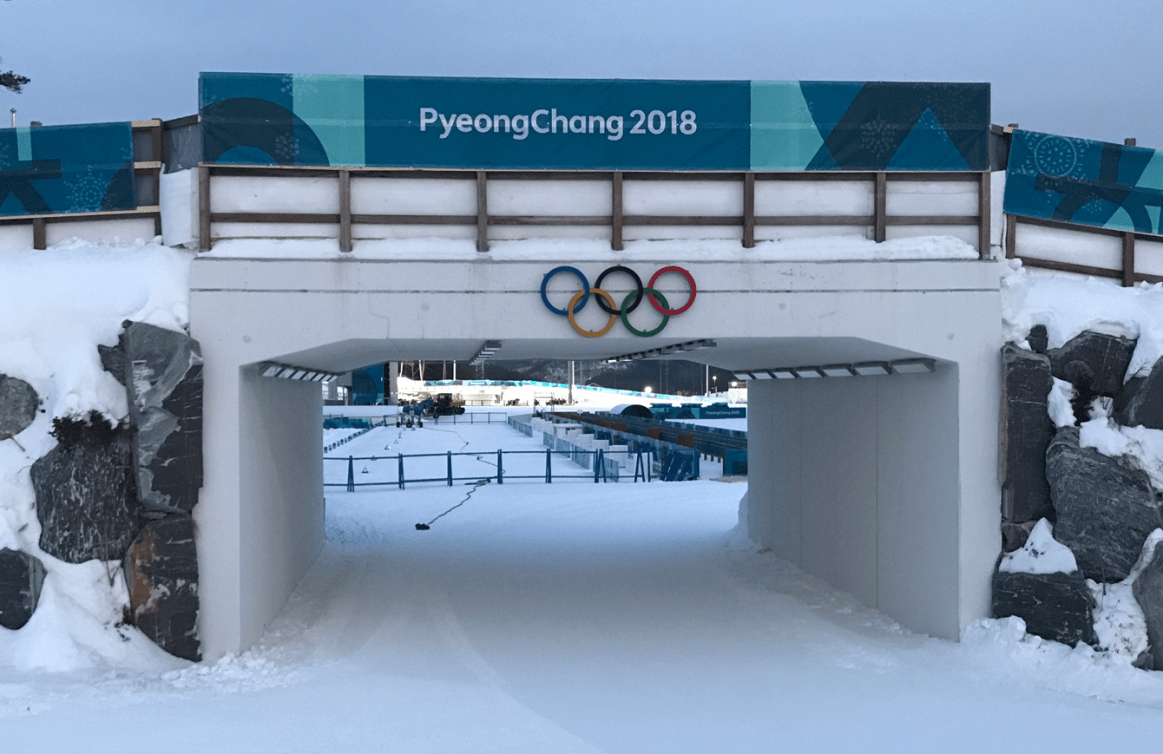 The Alpensia Biathlon Centre will host biathlon at PyeongChang 2018.

While the venue is new to the Olympic scene, the Alpensia Biathlon Centre is no stranger to major events. The home of biathlon at PyeongChang 2018, the venue hosted a Biathlon World Cup in 2008 and the IBU World Championships in 2009. The venue was originally built in 1998 but updated prior to the Games.

The home of cross-country skiing and Nordic combined at this year’s Games, the Alpensia Cross-Country Skiing Centre has hosted three FIS Far East Cup National Championships in recent years. This venue and the biathlon centre are both part of the Alpensia resort. 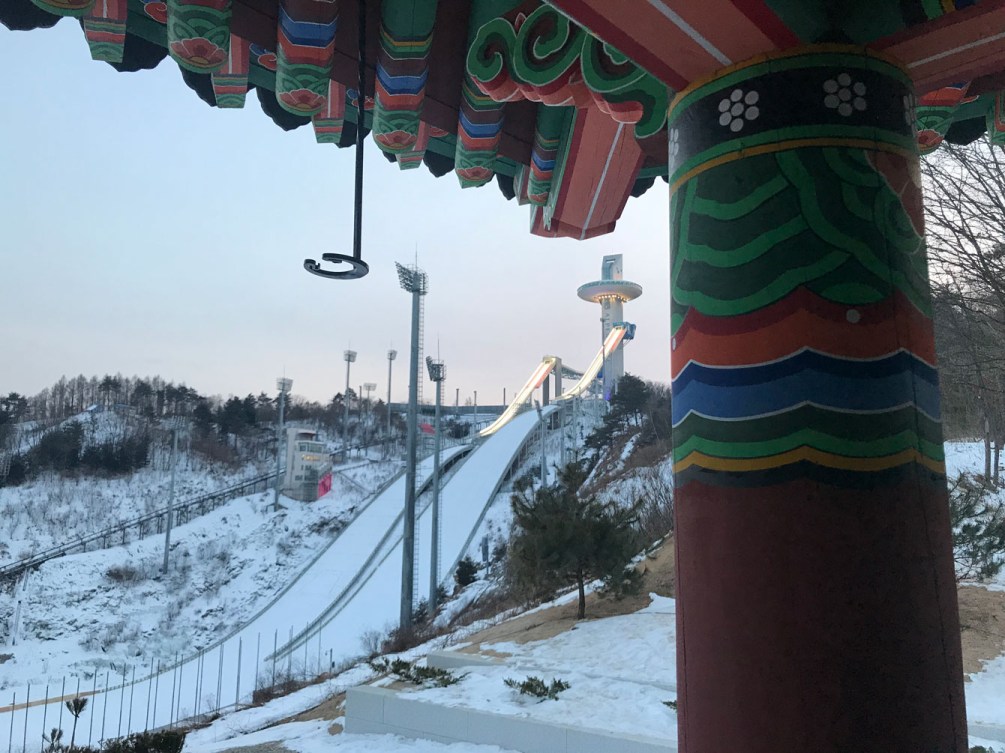 In addition to hosting ski jumping, including that portion of Nordic combined, a temporary jump has also been installed for snowboard big air. In November 2016, Canada’s Mark McMorris, Max Parrot, and Tyler Nicholson finished first, second, and fourth in the test event for snowboard big air. 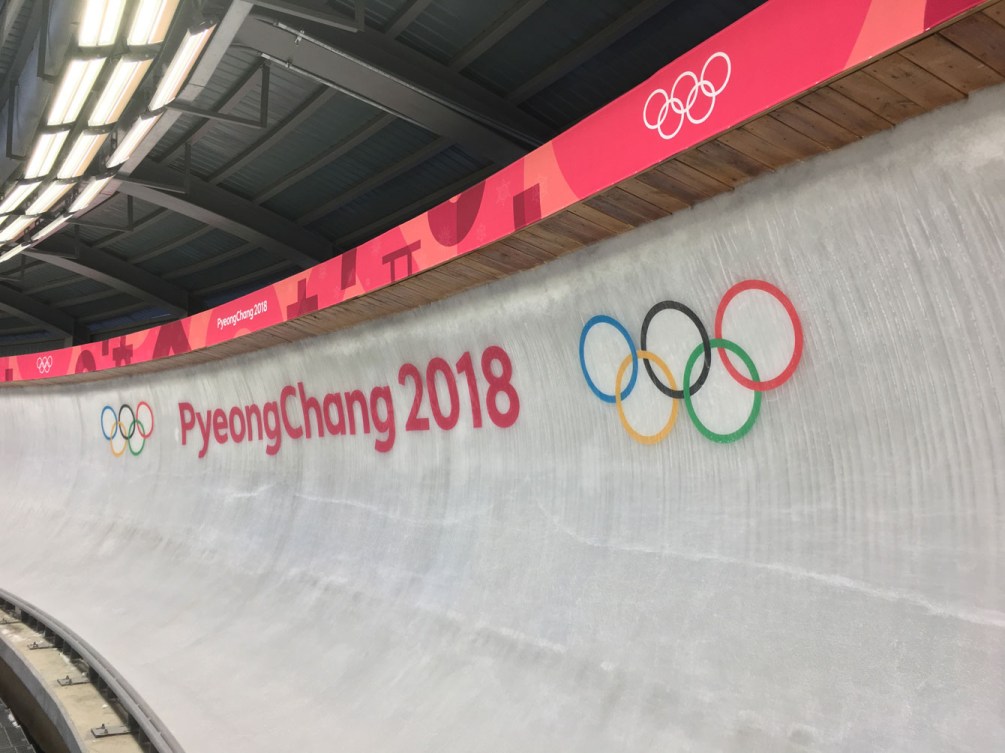 The Olympic Sliding Centre will host the bobsleigh, skeleton and luge events at PyeongChang 2018.

The first sliding track to be built in Korea, the Olympic Sliding Centre will host bobsleigh, luge and skeleton. It took four years to build the facility with its first test event taking place in February 2017.

The Phoenix Snow Park will host snowboarding events at PyeongChang 2018.

Originally built in 1995, the Phoenix Snow Park underwent additional construction from March 2015 to December 2017 in preparation to be the home for all freestyle skiing events and four of the five snowboard disciplines. The venue has previously hosted national championships and international FIS events in both freestyle skiing and snowboard.

The Jeongseon Alpine Centre will host Alpine Skiing at PyeongChang 2018.

Under construction from March 2014 to December 2017, the Jeongseon Alpine Centre will host the speed events (downhill, super-G and alpine combined) for men’s and women’s alpine skiing. The venue has a capacity for 6,500 spectators and was completed in 2017. 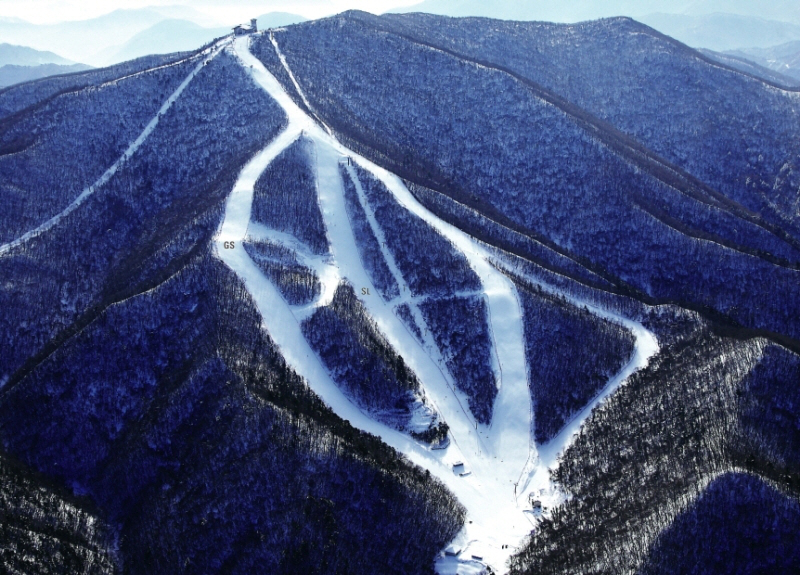 The Yongpyong Alpine Centre will host the technical events (slalom and giant slalom) for both men’s and women’s alpine skiing. Built in 1998, the course has hosted a number of international events over the years, including the 1999 Winter Asian Games and several FIS World Cup stops. 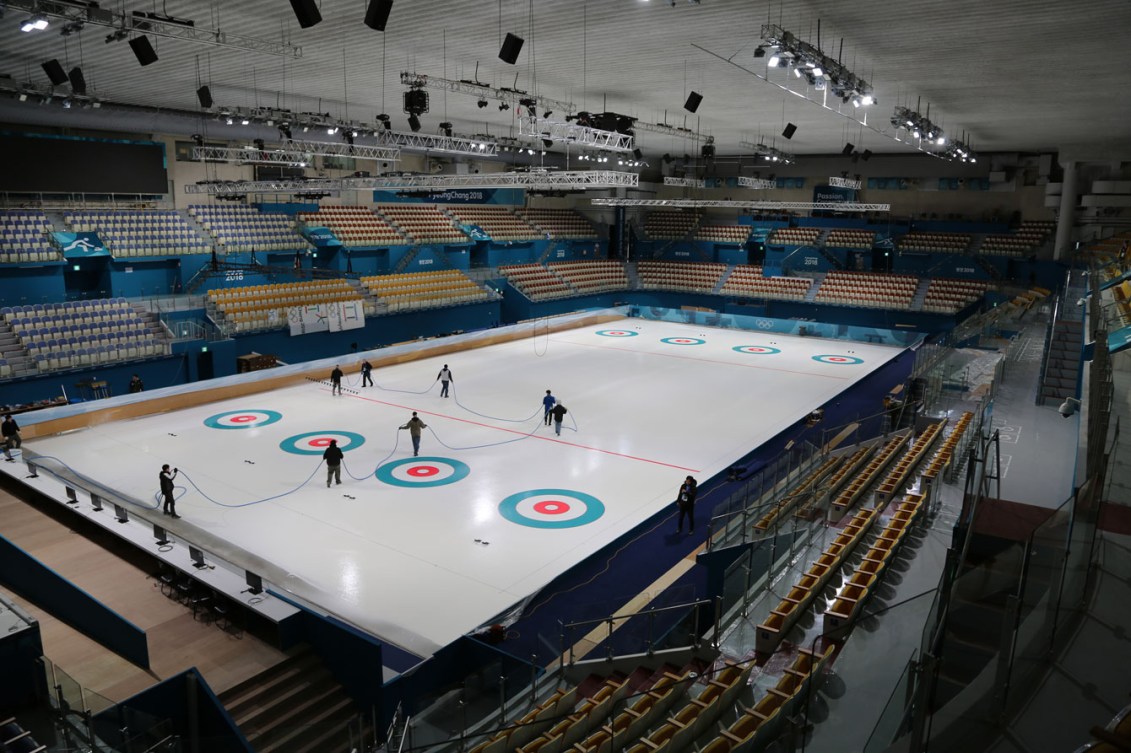 The Gangneung Curling Centre will host men’s and women’s curling at PyeongChang 2018,

While the Gangneung Curling Centre has never hosted Olympic curling before, it is no stranger to the world stage, hosting the Winter Asian Games in 1999 and a number of international skating competitions. The venue also hosted the 2009 World Women’s Curling Championship, where Canada finished fourth. 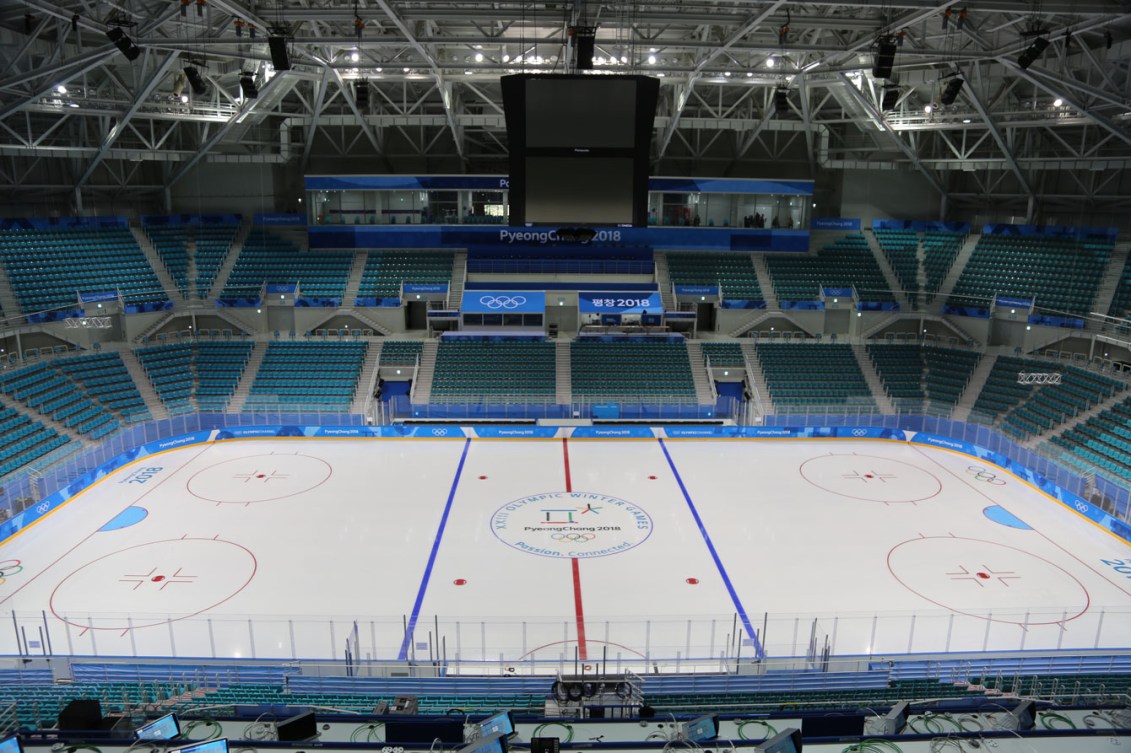 The Gangneung Hockey Centre will be the primary hockey arena at PyeongChang 2018.

The 10,000 seat arena features Olympic/International size ice (30m x 60m), which is larger than North American size surfaces (21m x 61m). This will be the primary venue for the men’s and women’s ice hockey tournaments. Canadians will no doubt be hoping to watch Team Canada play for gold in the arena on Feb. 21 (women) and Feb. 24 (men). 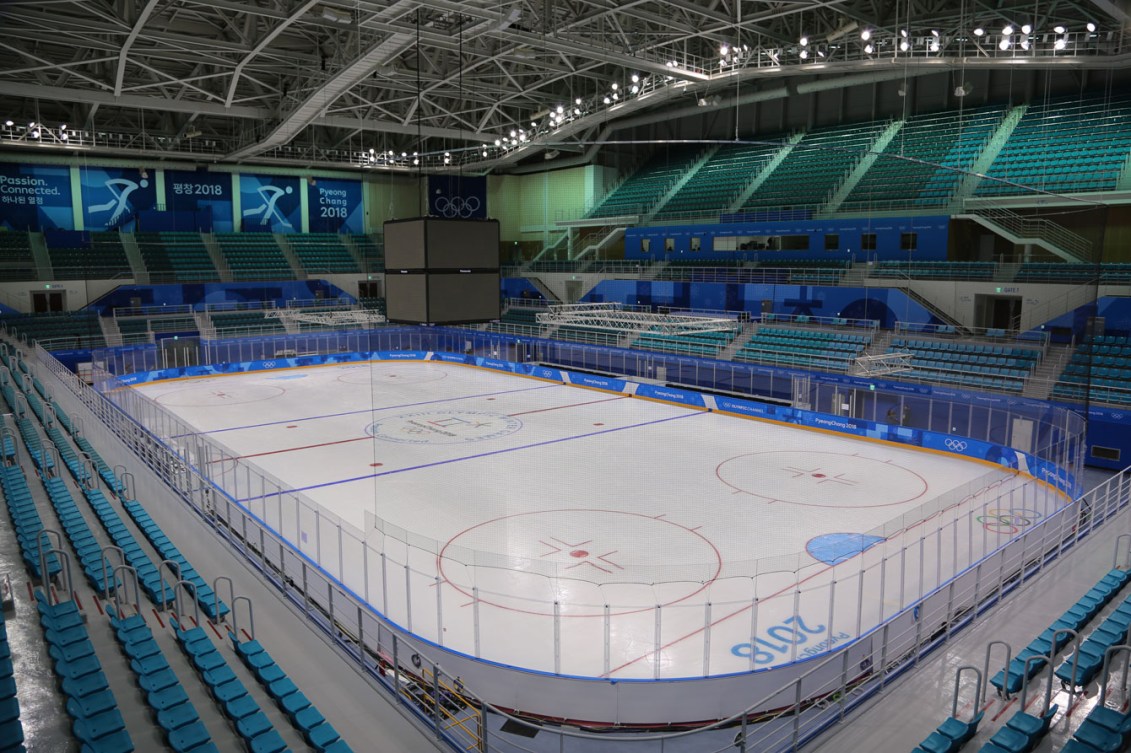 The Kwandong Hockey Centre will serve as the secondary ice hockey venue at PyeongChang 2018.

The Kwandong Hockey Centre will be the secondary venue for the men’s and women’s hockey tournaments. The 6,000 seat venue will host all of the preliminary round and quarterfinal games for the women’s tournament along with a few men’s preliminary and playoff games.

Gangneung Ice Arena will be the home of figure skating and short track speed skating at PyeongChang 2018.

The largest arena being used at PyeongChang 2018 (12,000 seats), the Gangneung Ice Arena will host figure skating short track speed skating. The venue features two ice surfaces: one for competition and one for training. The venue has hosted a few test events, including a 2016 ISU World Cup stop that saw Canada’s Charles Hamelin win 1000m gold. 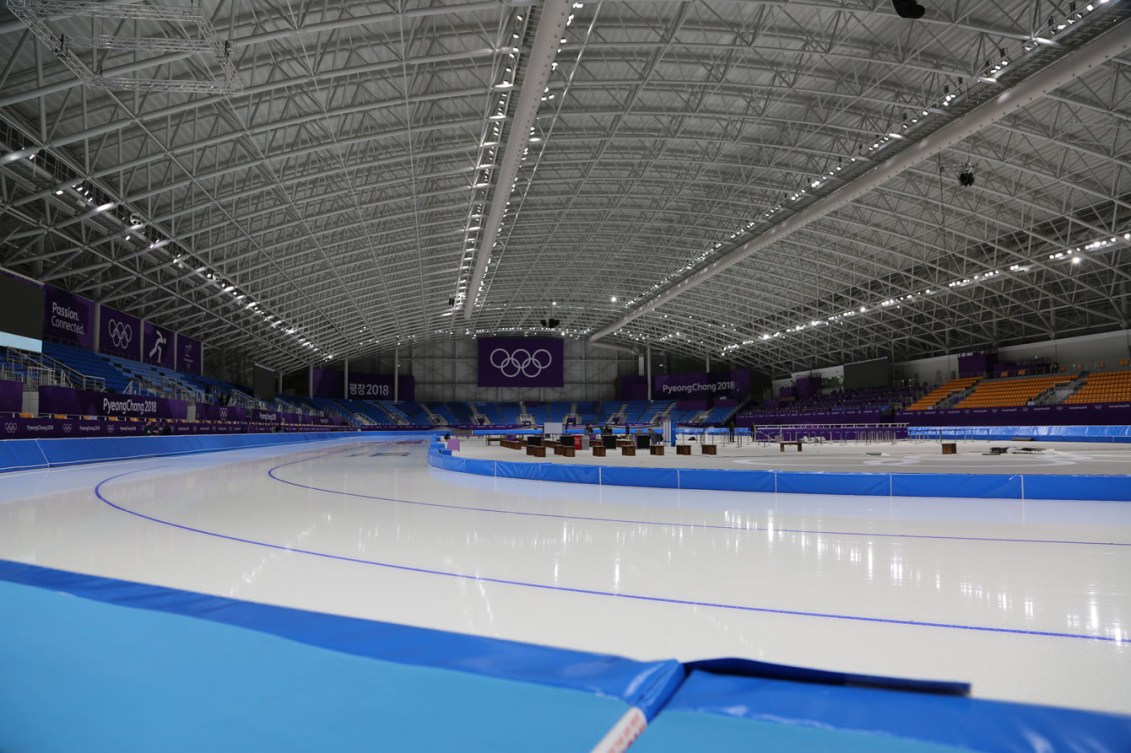